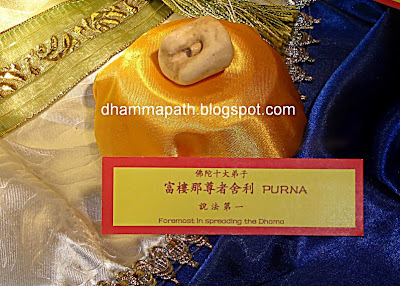 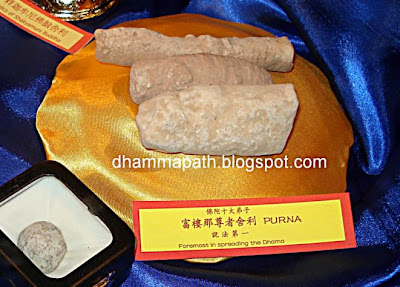 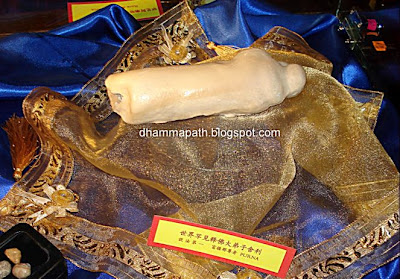 Purna was foremost in spreading the dhamma. 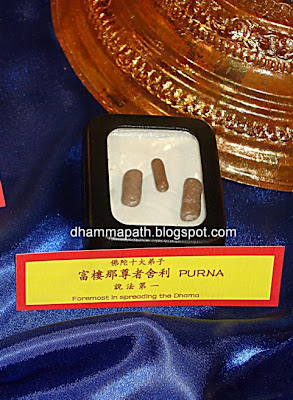 Purna was born to a rich Brahmin family. His father was the religious advisor of the King, and his uncle was Asita, the great sage who predicted that the baby Prince Siddharta would become a Buddha. Purna was well-learned in the Brahmin ways since young and was the best in debating the philosophies. He was sent by his father to Asita to prevent him from outshining the rest of the family.
.
Purna learned a lot from Asita. Asita, in his last days, built a house at Lumbini and ordered Purna to seek out Buddha when he would give his first sermon in Lumbini. However Purna was arrogant and forgot about it. Eventually he remembered Buddha after he met with a problem which he could not solve. He became a disciple of Buddha.
.
Purna preferred individual guidance to giving public sermons. There were many stories about him debating the Dhamma with great monks of other religions, often winning them over to Buddhism. 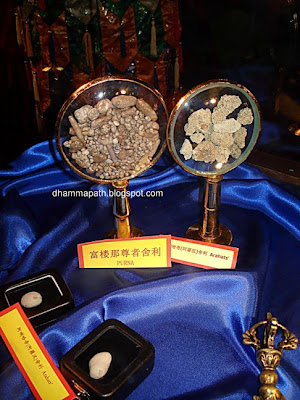 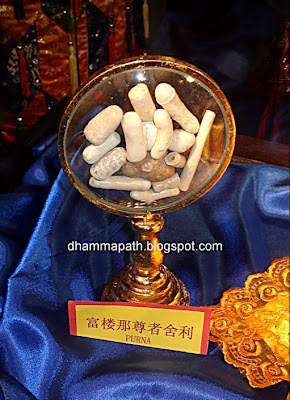 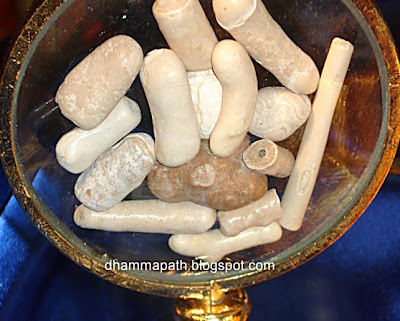 Another rare Purna relics aggregate and the close-up view.
.
See more information of Thai amulets at:
http://www.thaiamulets-dhammapath.blogspot.com/
Posted by Kenneth Phoon at 4:10 AM