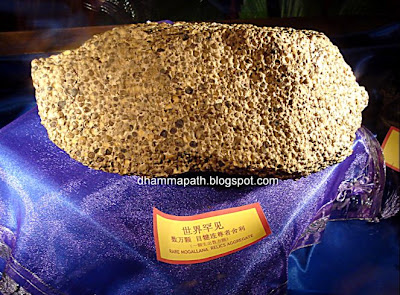 .
Mogallana and Sariputra were the most excellent (chief) disciples of the Buddha. They were both older than the Buddha and both passed away half a year before the Buddha's Parinibbana. They were 84 years old. While Sariputta passed away peacefully on the full moon of October, Moggallana's death, on the following new moon of November. Mogallana was the master of supernatural skills. Many monks had developed certain supernatural skills but Mogallana accomplished the most.
He was capable of :
-Penetrating and reading the minds of others (Telepathy)
-Hearing voices and receiving messages from other beings eg gods, devas, spirits, etc. divine ear (Clair-audience)
-Vision over long distance, seeing other beings and seeing the workings of Karma in others. This is the power of the divine eye (Clairvoyance) He often communicated and received instructions from the Buddha even though they were far apart.
-Astral travel. Being able to leave his form and appear in other realms, he often travelled to the heavenly realms and interacted with gods.
-Telekinesis. Being able to move things without having to touch it or with unusual ease. He even shook the heavenly palace of Sakka to teach him a lesson. 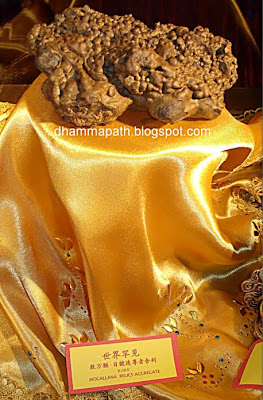 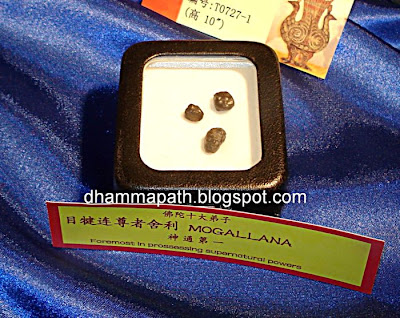 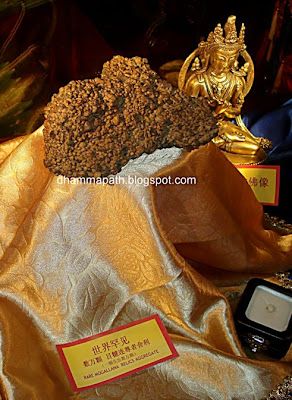 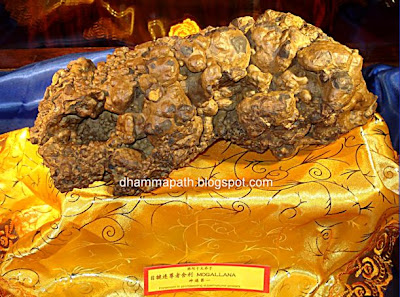 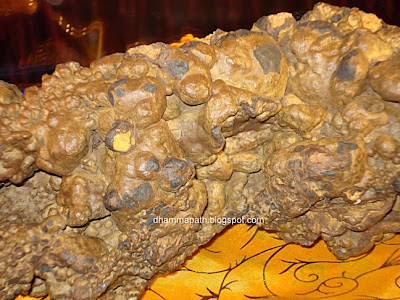 Another rare Mogallana relics aggregate and the close-up view.
.
See more information of Thai amulets at:
http://www.thaiamulets-dhammapath.blogspot.com/
Posted by Kenneth Phoon at 9:38 AM