Hundreds of colourful Tibetan thangka depicting the life of Buddhist deities and lamas which were strung from floor to ceiling. 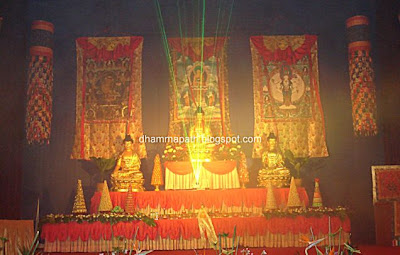 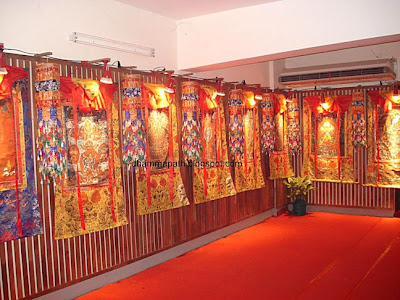 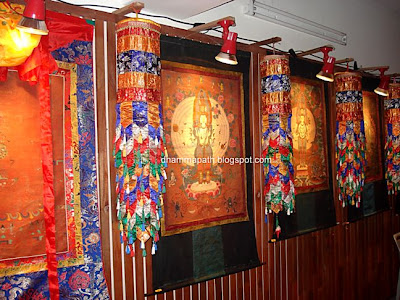 Thangka is excellent piece of Tibetan art works. Thangka is a Tibetan painting depicting various facts of Buddhism of mystic sect. Thangka is painted on silk or cotton fabrics using bright colors of many hues. Thangka is of exceptional quality, hand-painted by Nepali and Tibetan artist. The word "Thangka" is believed to have come from the Tibetan word "thang yig" meaning a written record. Thanka are used as wall -decorations. For, Lamas Thanka is object of religious importance. Thanka is an object of devotion, an aid to spiritual practice, and a bringer of blessings. 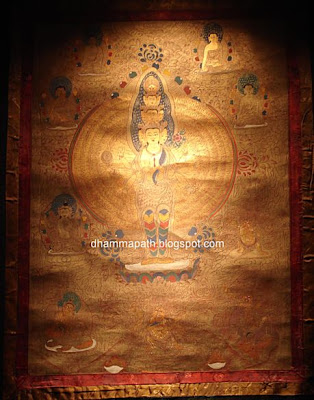 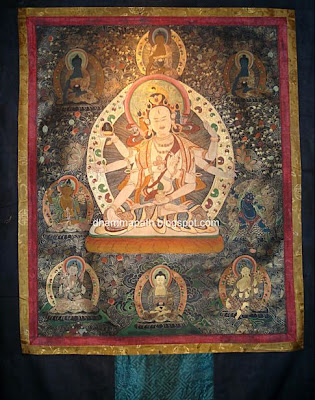 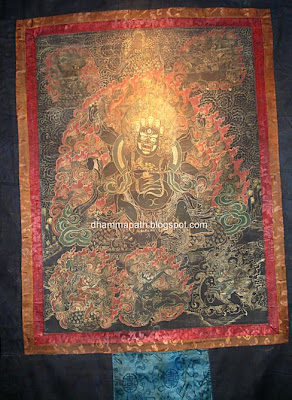 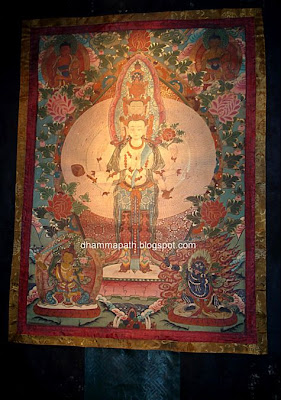 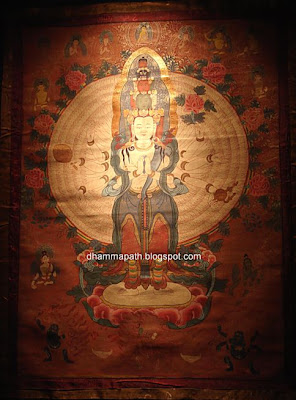 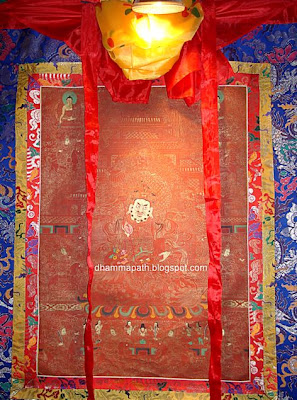 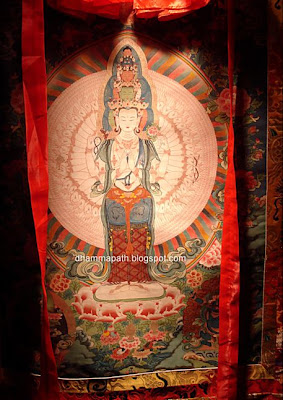 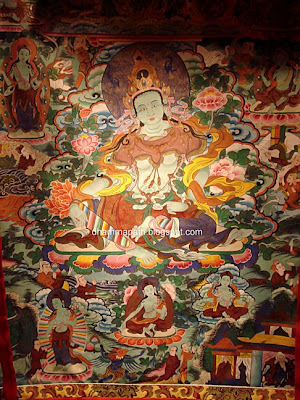 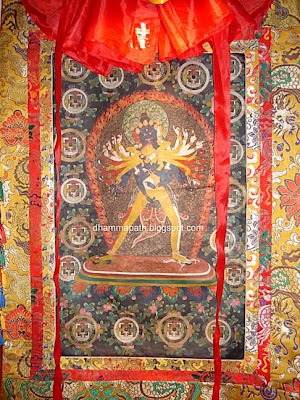 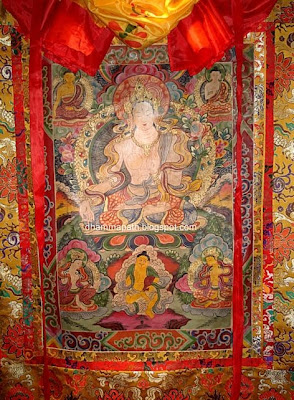 The Antique Tibetan Thangka
.
The History of Thangka.
A "Thangka," also known as "Tangka", "Thanka" or "Tanka" (Tibetan: Nepal Bhasa:पौभा) is a painted or embroidered Buddhist banner which is hung in a monastery or a family altar and occasionally carried by monks in ceremonial processions. In Tibetan the word "thang" means flat, and thus the Thangka is a kind of painting done on flat surface but which can be rolled up when not required for display, sometimes called a scroll-painting. The most common shape of a Thangka is the upright rectangular form.
.
Originally, thangka painting became popular among traveling monks because the scroll paintings were easily rolled and transported from monastery to monastery. These thangka served as important teaching tools depicting the life of the Buddha, various influential lamas and other deities and Bodhisattvas. One popular subject is The Wheel of Life, which is a visual representation of the Abhidharma teachings (Art of Enlightenment).
.
See more Thai amulets at:
http://www.thaiamulets-dhammapath.blogspot.com/
Posted by Kenneth Phoon at 10:31 AM