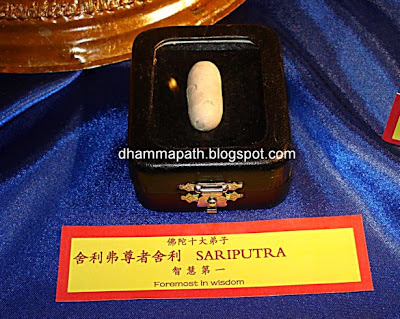 Sariputra was foremost in wisdom. 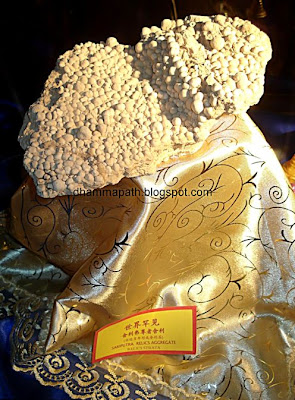 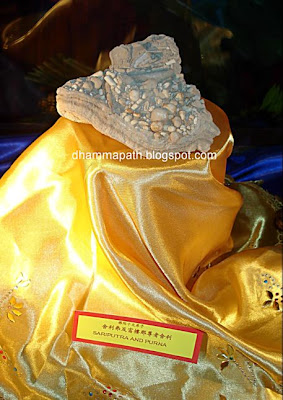 Rare Sariputra and Purna relics aggregate.
.
Sariputra came from a Brahmin family and had already embarked on life as a spiritual ascetic when he encountered the teachings of the Buddha. Sariputra had a close friend Maha Mogallana, another wandering ascetic. They both renounced the world on the same day and became disciples of the sceptic Sanjaya Belatthaputta before converting to Buddhism.
After hearing of the Buddha's teachings from a monk named Assaji, Sariputra sought out the Buddha and became an adherent to his teachings. These two are often depicted together with the Buddha, and several sutras regard interactions between Sariputra and Maha Mogallana (who became renowned among the early Buddhists for his mastery of supernatural powers).
.
See more information of Thai amulets at:
http://www.thaiamulets-dhammapath.blogspot.com/
Posted by Kenneth Phoon at 10:05 AM