The monument in the center of Lopburi town is perhaps best known for the large number of monkeys that run around freely at town, constantly on the lookout for food. In center of "Monkey City" was located Phra Prang Sam Yot & Shrine San Phra Kan. 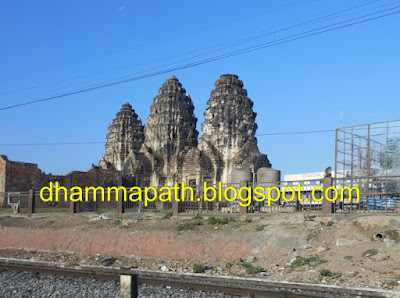 The sacred Phra Prang Sam Yot, which translates to “three holy prangs” is featured on the provincial seal of Lopburi which depicts Vishnu in front of the monuments’s three prangs. Located on Vichayen Road, approximately 200 meters from the railway station, Phra Prang Sam Yot is Lop Buri’s best known landmark and provincial symbol. A former Hindu shrine built in the 13th century in the classic Bayon style of Khmer architecture, the compound comprises three Prangs (Chedis) linked by corridors. The three laterite and sandstone spires, each decorated with classic stucco, are believed to have originally represented the Hindu Trimurti; Brahma (the Creator), Vishnu (the Preserver) and Shiva (the Destroyer). During the reign of King Narai, the shrine was converted into a Buddhist temple and a brick hall was built in the east to house a grand U Thong-style Buddha image. Buddha images were later added to the two Prangs. The temple is located on a mound on the west side of the railway. 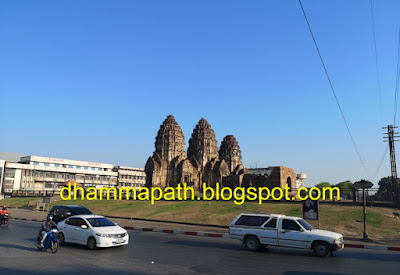 The busy city at middle of a traffic. 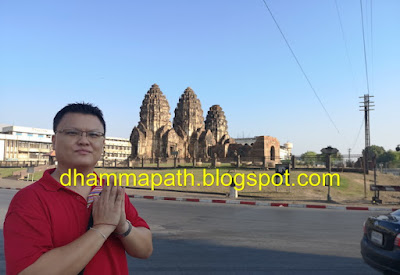 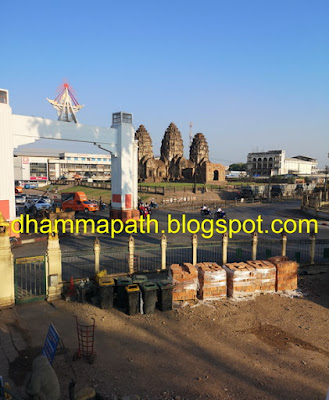 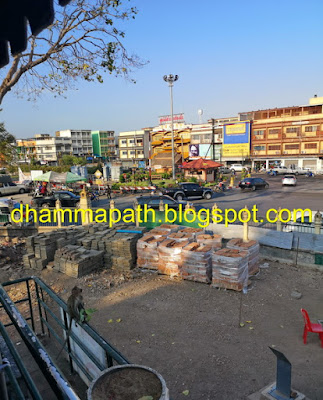 Surrounding with shops at center of "Monkey City". 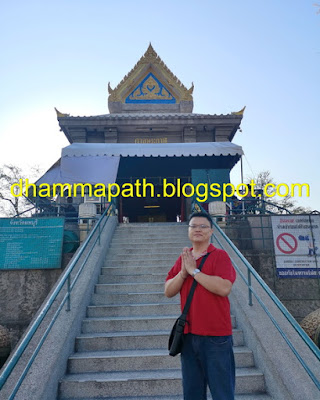 Here is the Shrine San Phra Kan. Another former Brahman shrine located next to Phra Prang Sam Yot, across the railway station. The compound was built at two different times, and so has both an old and a new section (still have some restoration now). The former dates back to the Khmer period, as evidenced by a laterite mound uncovered hundreds of years later. The “new” section, constructed in 1951, contains a famous object of worship: a four-armed Vishnu figure affixed with a Buddha’s head. Located nearby is also a guardian house in which various Buddha and Hindu images are enshrined. 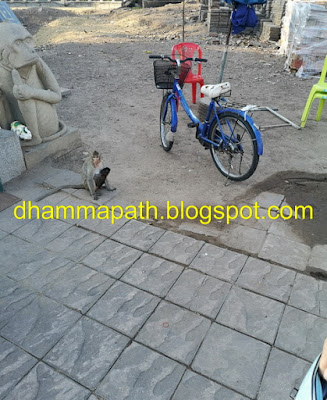 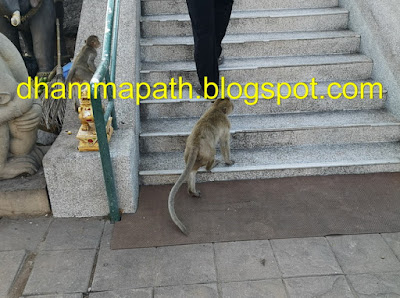 A troop of monkeys begging for food usually surrounds the shrine. 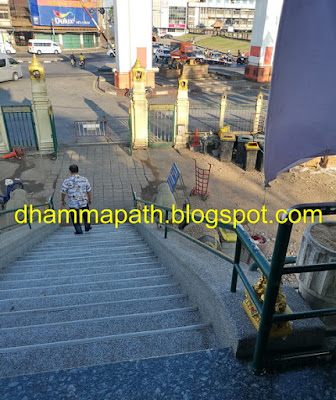 The stairway to upper Shrine. 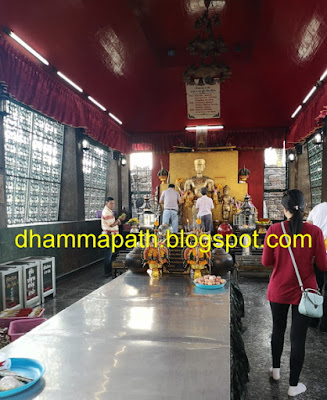 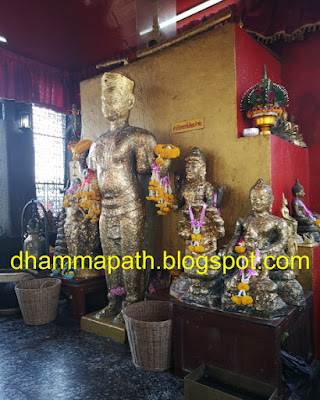 The sacred of four-armed Vishnu figure affixed with a Buddha’s head. 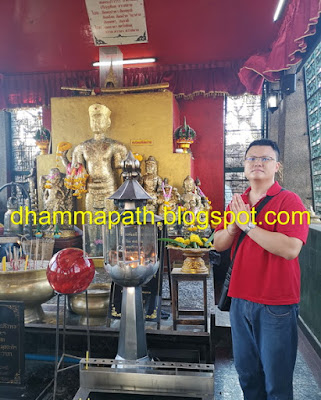 Photo taken inside the main altar of Golden Vishnu figure with a Buddha’s head. 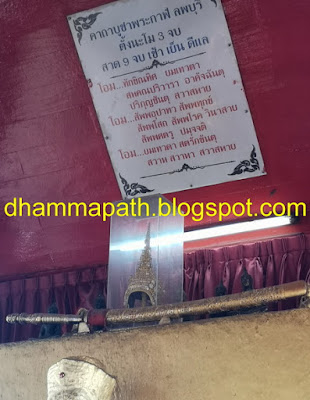 The sacred sword and golden hat. 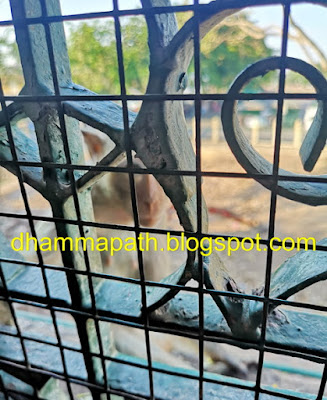 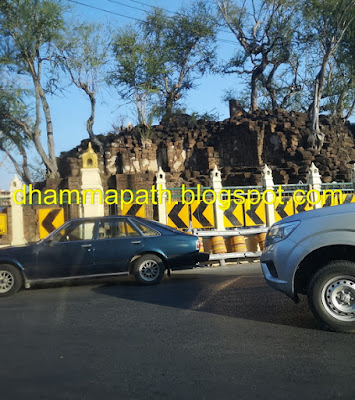 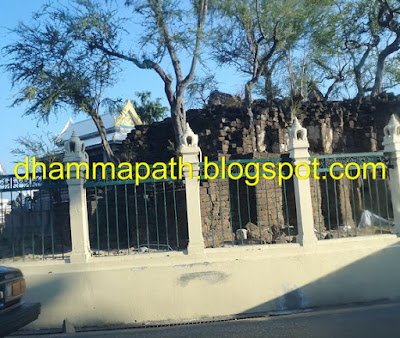