善庆俺 (Shan Qing An) is next to Wat Phanan Choeng and facing Pasak river. This temple enshrined Mae Guan Yim (Bodhisattvas Guan Yin) and Lady Chao Mae Soi Dok Mak (Betel Nut Blossom), a local goddess. This shrine was dedicated for Chinese princess Soi Dok Mak. At some time before the Ayutthaya period, there was a Thai King named Phra Chao Sai Namphung requesting the emperor of China’s daughter to be his wife. She travelled from China to this area by boat. When she arrived, the King was not there to greet her. She was heart-broken. She waited for a long time but the King did not come. Finally, she killed herself by holding her breath. The King was very sad, so he had this temple built at her cremation site in order to gain merit for her soul, and he named the temple “Wat Phanan Choeng". 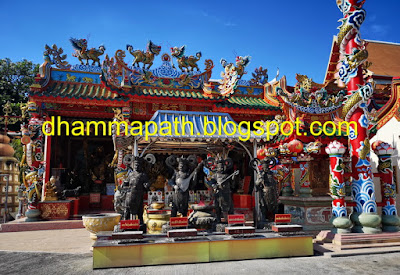 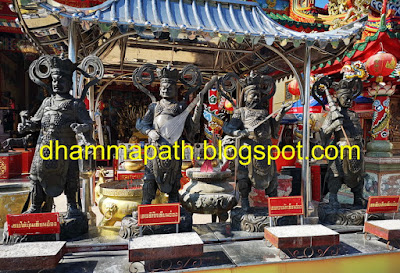 The statues of Four Heavenly Kings venerated at front side temple. The Four Heavenly Kings are four Buddhist gods, which originates from the Indian version of Lokapalas, each of whom watches over one cardinal direction of the world. In Chinese mythology, they are known collectively as the "Fēng Tiáo Yǔ Shùn" (风调雨顺) or "Sì Dà Tiānwáng" (四大天王). The name of Four Heavenly Kings is 多闻天王-Vaiśravaṇa , 增长天王-Virūḍhaka, 持国天王-Dhṛtarāṣṭra and 广目天王-Virūpākṣa. 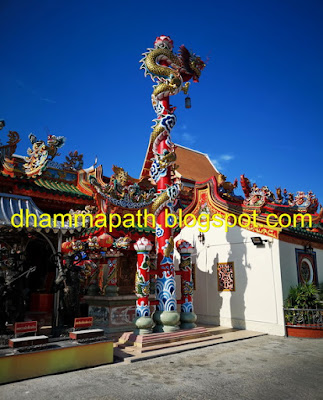 The Pillar of 善庆俺 (Shan Qing An) with Dragon at top. 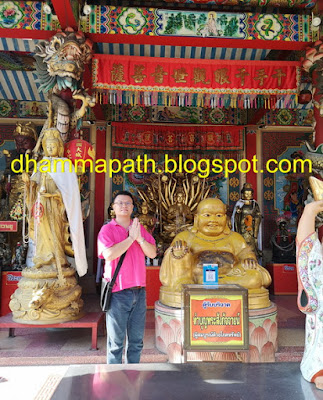 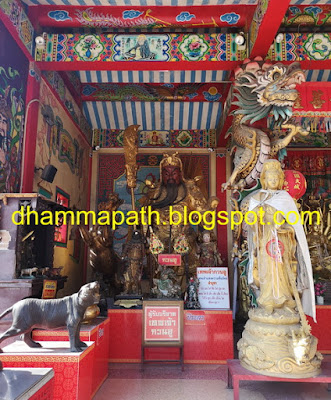 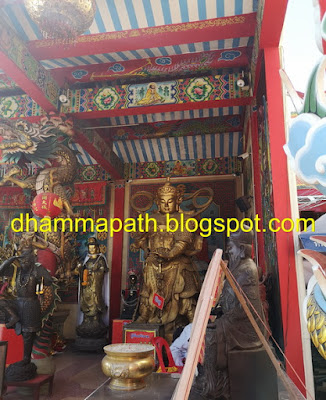 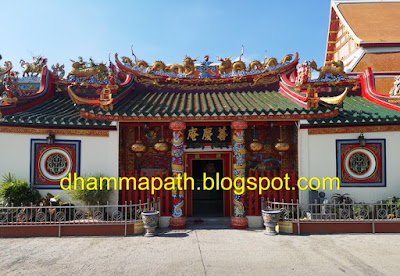 The front side of 善庆俺 (Shan Qing An). 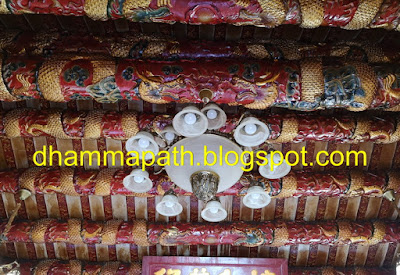 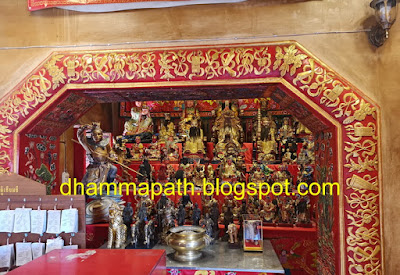 Veneration of many Chinese deities inside the temple. 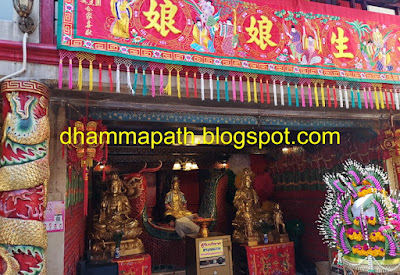 The Chao Mae Soi Dok Mak (Betel Nut Blossom), a local goddess. It is a traditional designed Chinese building, with a courtyard in the middle and the outer wall essentially joining the two separate buildings together. The shrine is in the two-storey building in the rear. The lower floor is dedicated to Mae Kuan Yin, the bodhisattva of compassion, while on the upper floor the image of Lady Mother Soi Dok Mak is enshrined. The window shutters and doors are highly decorated with dragons and phoenix birds. The shrine remains very popular with members of the Chinese community to this day. 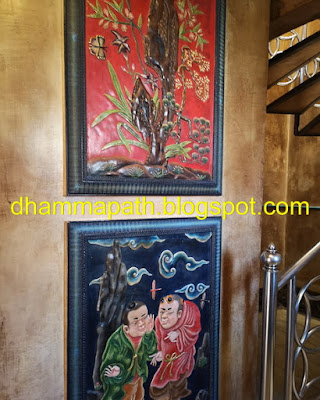 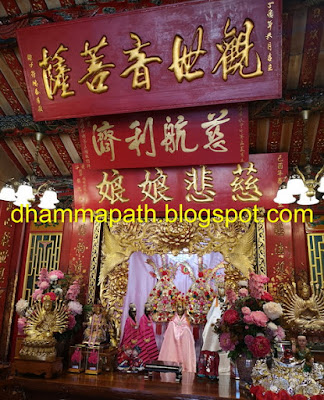 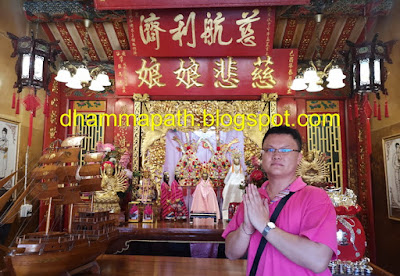 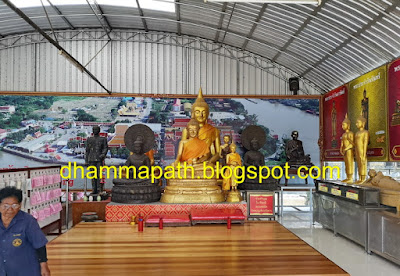