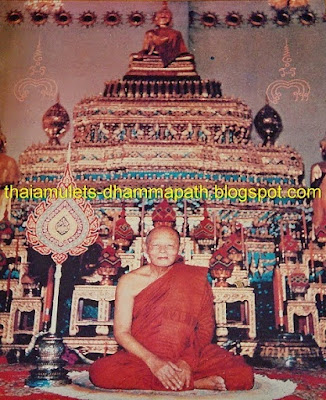 Luang Phor Pae was born on 1 Jan 1905 (BE 2448). When he was 8 months old, his mum passed away and LP Pae was adopted by his father's younger brother. At age 14, his foster parents sent him with a senior monk at Wat Chana Songkram in Bangkok to studies in Buddhism. In 1927-28, LP Pae became a teacher teaching Pali at Wat Chanasongkram. In 1931 (BE 2474), abbot of Wat PikulThong left his position and wanted LP Pae to take over the position. LP Pae became abbot of Wat PikulThong and he was only 26 years old. 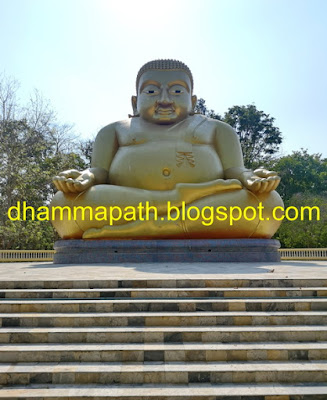 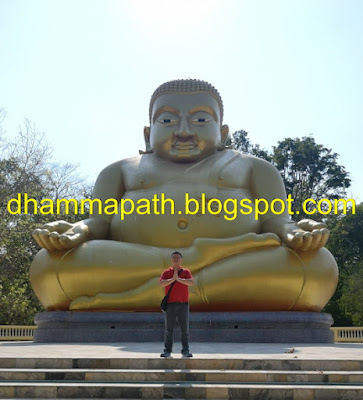 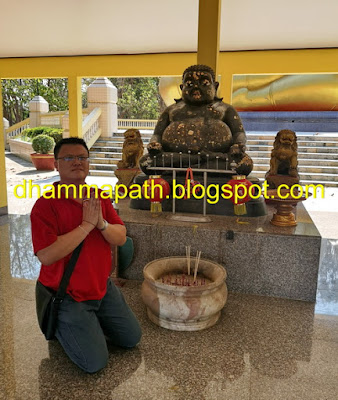 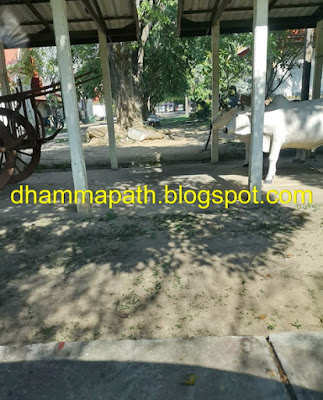 The next of the shrine Phra Sangkachai was located the cow statues and cart. 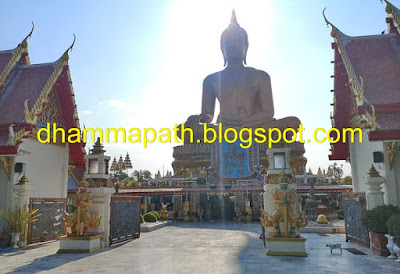 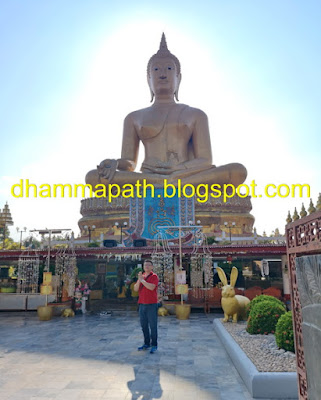 The famous giant Buddha image of Wat Phikulthong - Phra Buddha Suwanmongkon Mahamuni built in year BE2516. The down side of the giant Buddha was inscribed with Yant 'BudhSon' and 2 khom letters Ang and U over the Yant. 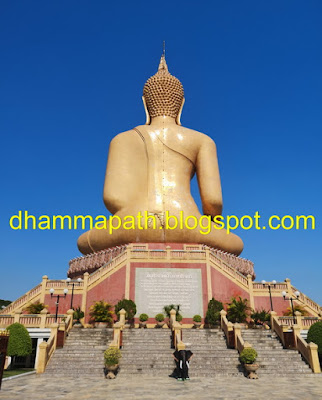 The back side of the Big Phra Buddha Suwanmongkon Mahamuni. 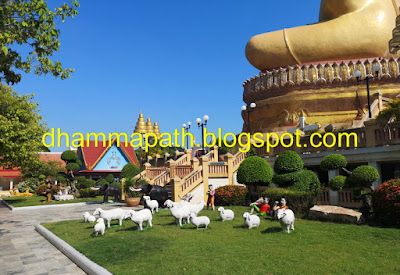 The side with Garden and some statues. 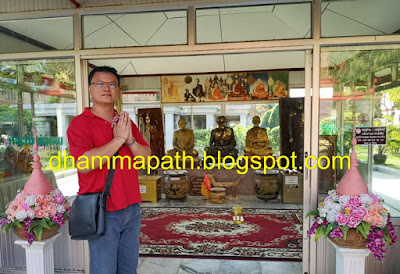 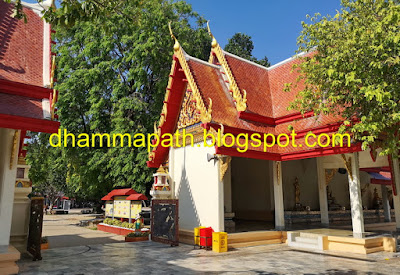 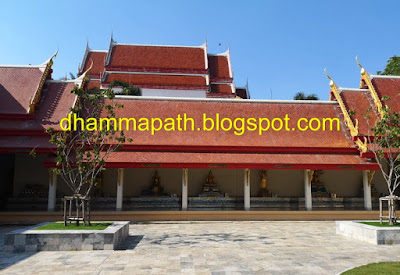 The cloister of Phra Buddha statues. 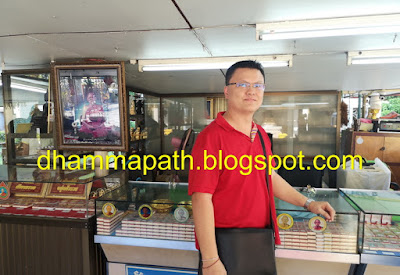 The amulet counter of Wat PhiKulThong. 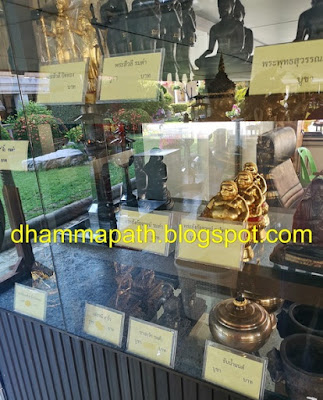 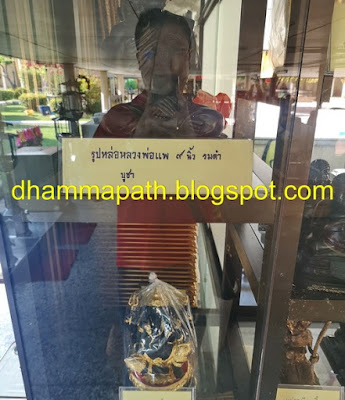 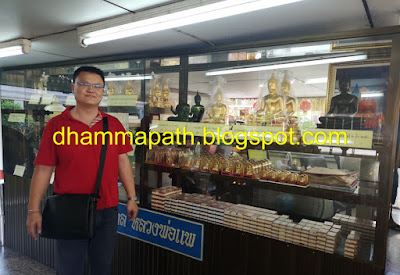 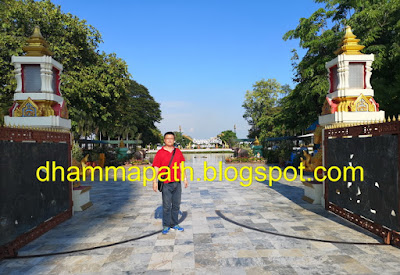 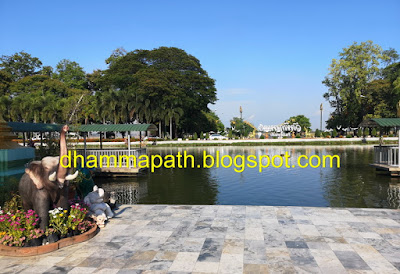 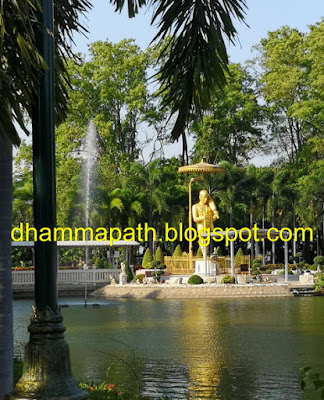