Nakhon Si Thammarat is one the most ancient cities of Thailand, previously the Kingdom of Ligor, and contains many buildings and ruins of historical significance. The King of Srivijaya "had established a foothold at Ligor" by year 775, where he "built various edifices, including a sanctuary dedicated to the Buddha and to the Bodhisattvas Padmapani and Vajrapani". Many important temples and famous historical site to visit in Nakhon Si Thammarat. And this time we revisited to Wat ThaMuang and met LP BoonHai. 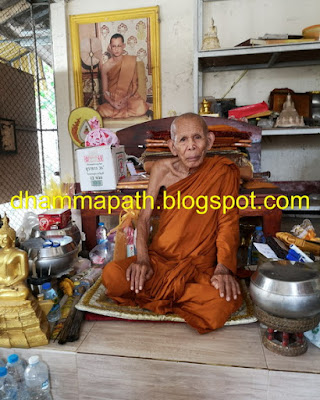 LP BoonHai (Phra Kru Phisanwihanwat, an abbot of Wat ThaMuang) was born on 16 August BE2471 in Nakhon Si Thammarat province. At age 20, he got ordained as a Buddhist monk in his hometown. After ordination, he set his heart on studying important matter of a monk and studying magic and mantras from Phra Kru Thanksinthammasan. LP Boonhai practiced Vitthayakom (magic and mantras) until he had very strong mind power. In year BE2513, LP Boonhai became an abbot of Wat ThaMuang in Nakhon Si Thammarat province. With his intention to develop the temple, Wat ThaMuang was gradually developed. 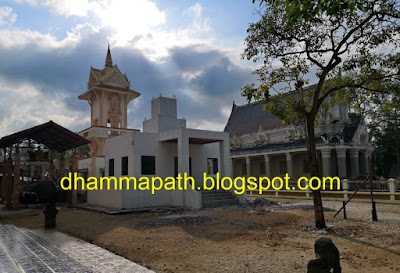 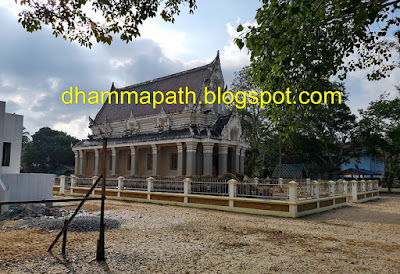 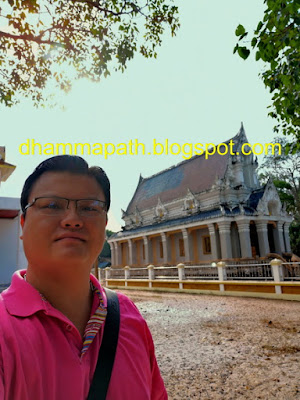 Photo taken with the wiharn and new wall divider with metal fence. 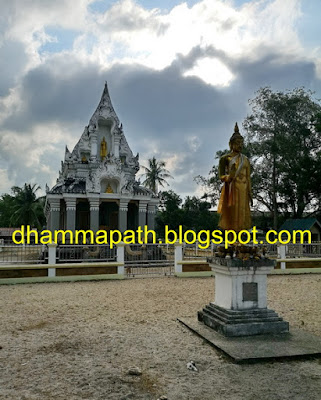 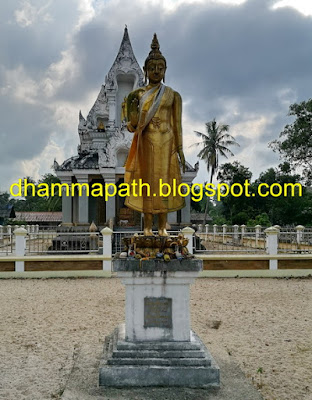 The standing Phra Ruang Buddha at front the wiharn. 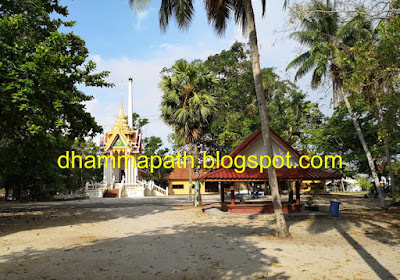 The cottage and crematorium of Wat ThaMuang. 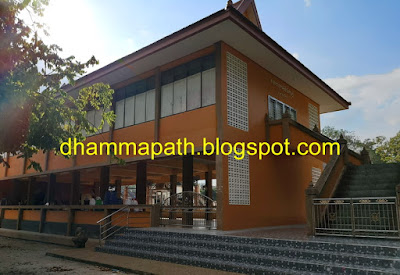 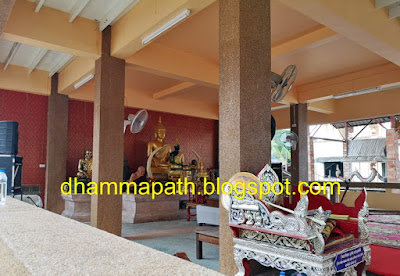 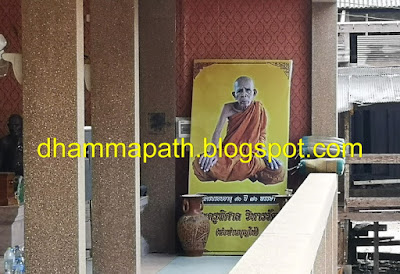 The main altar of Phra Buddha statues and banner of LP BoonHai. 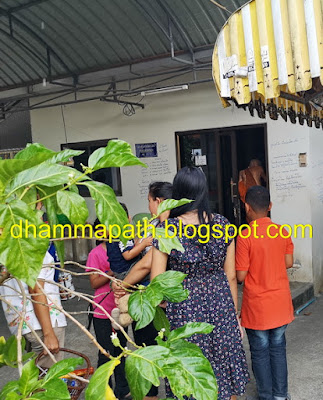 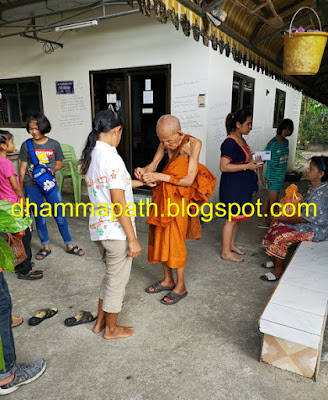 Waiting for LP BoonHai and finally came and gave blessing. 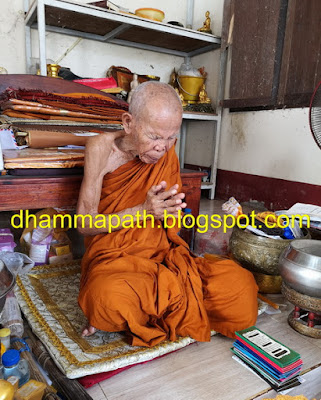 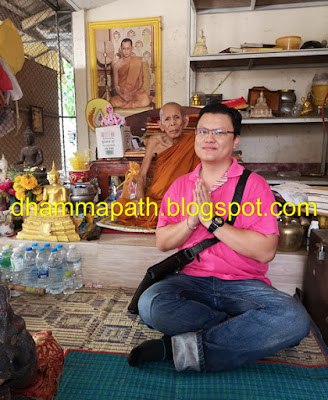 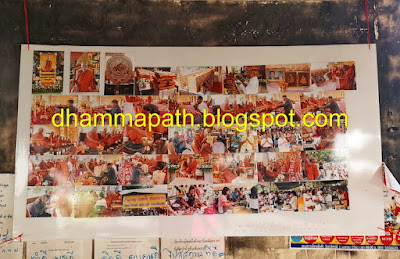 The photos for ceremonies by LP BoonHai. 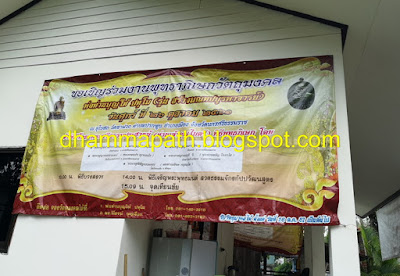 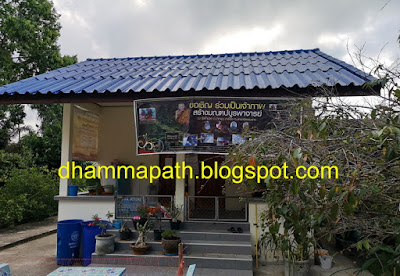 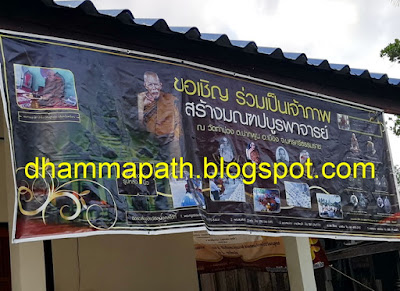