In part 2, we see more photos for temple itself. LP Rak (Chao Khun Rak) built temple Wat Suttawas from scratch and now still on going. LP Rak devoted his time to rebuild Wat Suttawas, he took 12 years only with 47 bahts with him, LP Rak manage to rebuild the temple with the help of donations and develop it into a place for dhamma and meditation for people without any fee, because he wants people to be a good person having mindfulness. Today Wat Suttawas is officially opened as 13th dhamma and meditation center in Ayutthaya Province. LP Rak aim is to propagate Buddha’s doctrine and teach meditation. At 48 years of age (BE2562), LP Rak already well- known as a skilled mediation teacher in Ayutthaya, the old city of Thailand. His selflessness to teach Mediation, Dhamma and helping the less fortunate society by raising funds thru donation and funds which he received from his amulets are all spend on free education for the young, food and donation to hospital. His dedication toward the community and Buddhism have attracted lots of devoted followers thru out Thailand and specially in Ayutthaya province. 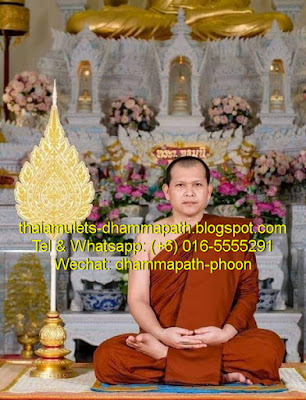 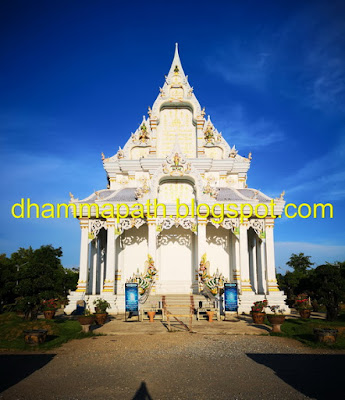 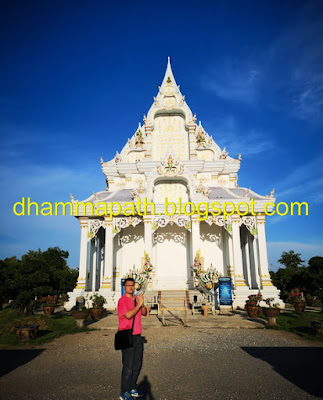 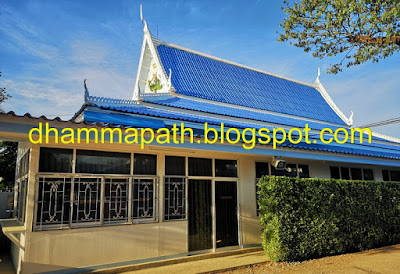 The Blue Wiharn of Wat Suttawas, one of the hall is venerated many sacred statue. 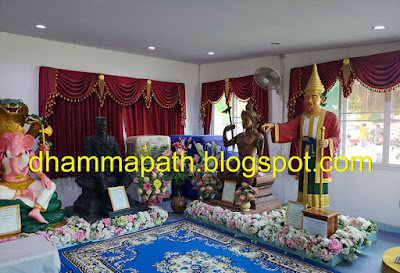 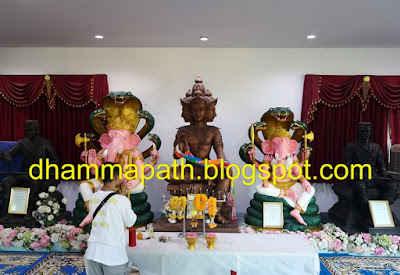 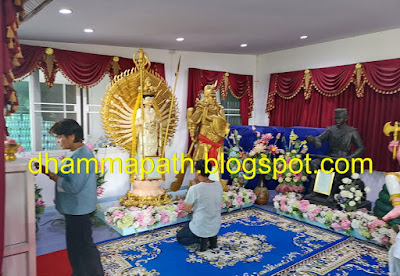 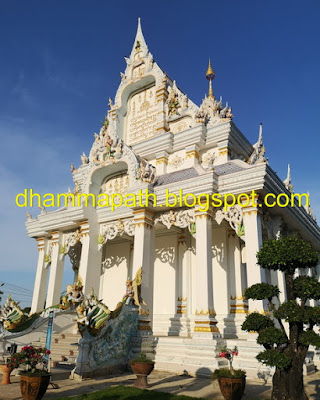 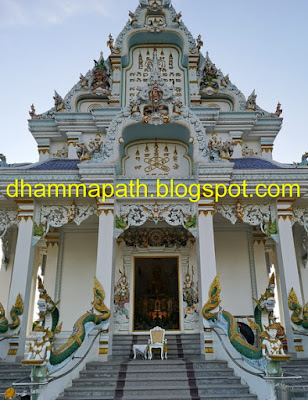 The beautiful ubosot of Wat Suttawas. 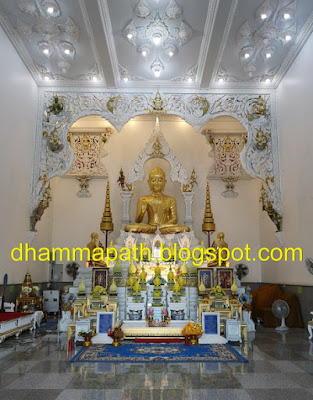 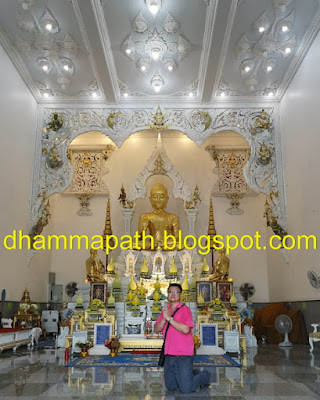 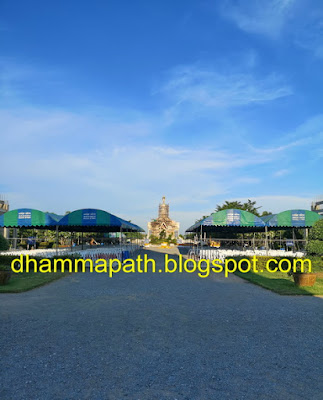 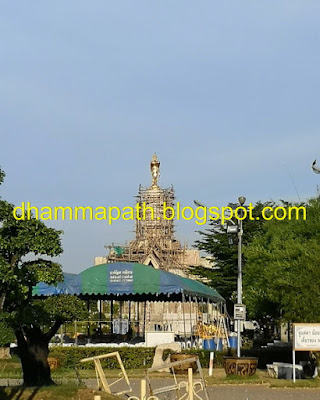 The front side the ubosot is new building (under construction) with Phra Leela - Walking Buddha statue at top. 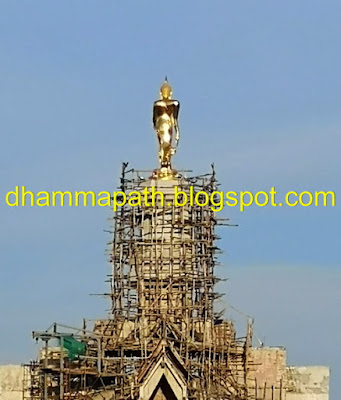 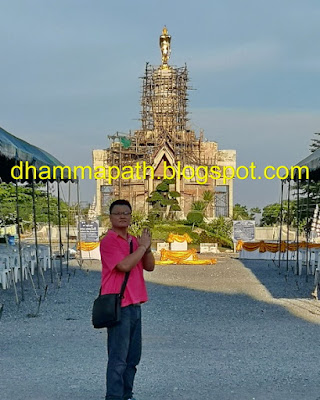 Photo taken with Phra Leela (back side) statue. 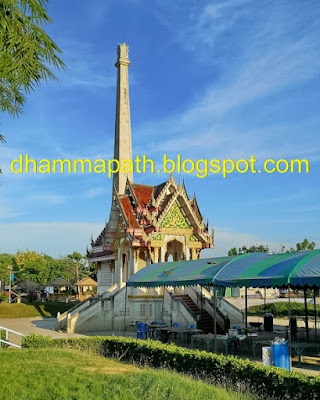 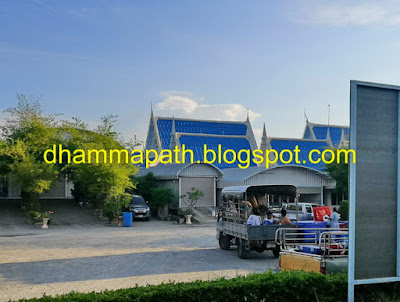 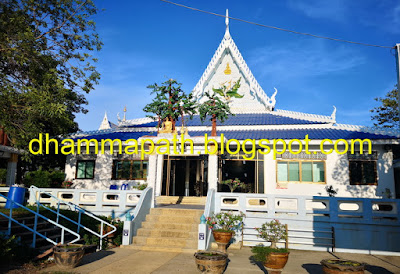 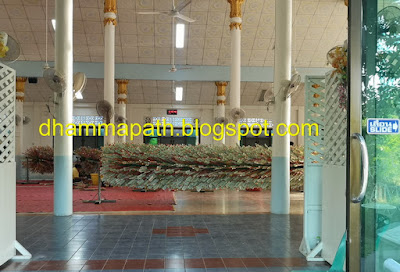 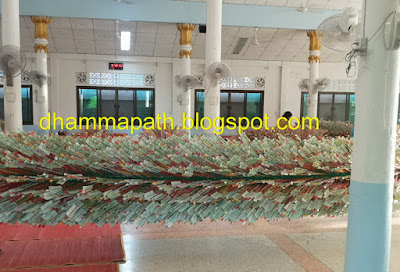 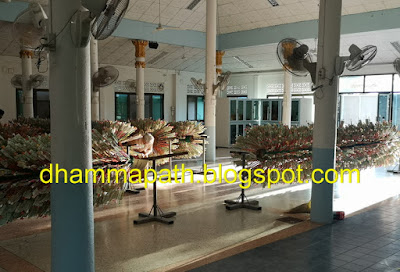 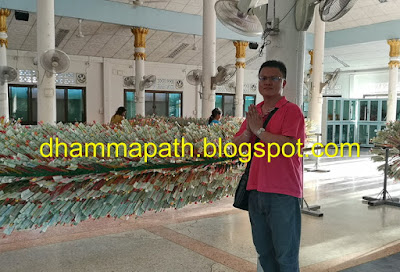 Inside the Blue building Hall, have many money tree after temple conducted ceremony event. Have many helper collecting the money one by one. 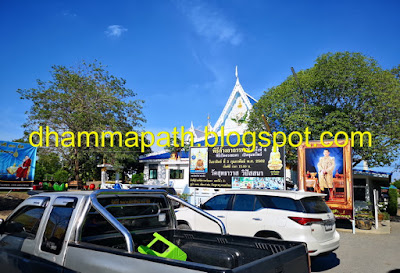 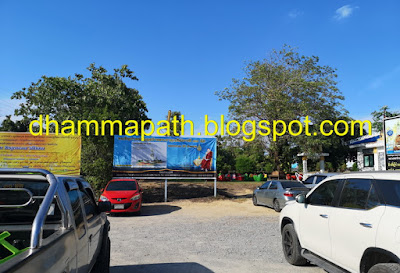