Wat Pa Sak is one of the ruins temple at Chiang Saen Historical Park, this ancient temple also known as 'Teak Forest Monastery' because of 300 teak trees planted at the time of its foundation in 1295. The Teak Forest Monastery' owes its name to the teak trees which still stand along the perimeter of Chiang Saen's city walls, which are located just a few hundred meters from this monastery. 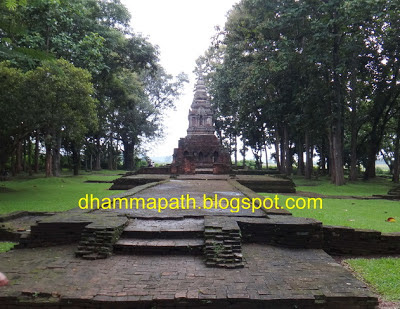 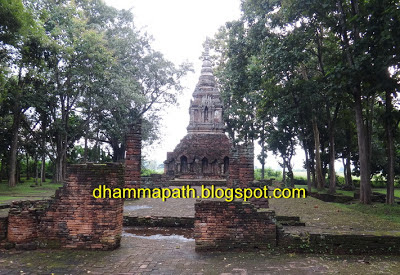 Wat Pa Sak the main Chedi was in Prasat style with 5 spires which was a pattern of early Lanna Art. According Northern Chronicle, this temple was built in the reign of King Saen-Phu in year 1332. Apart from its splendid shape, the Phra Buddha images under niches and stucco postures represent the inspiration from Arts of Pagan, Lanka, China, Khmer and Sukhothai due to the restorations in the past which might be undertaken not less than 2-3 times. 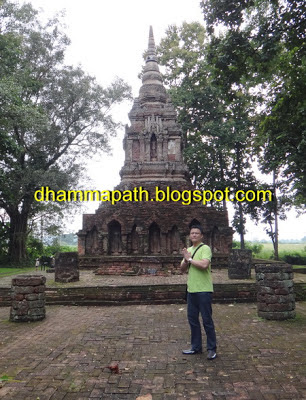 Futhermore, the Chedi base was reflects an architectural influence from Chedi Ku Kut, while the Relic chamber up to spire was inspired by Chedi Chiang Yan. Both Chedis is located in Lamphun province. 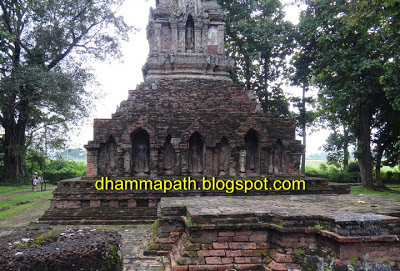 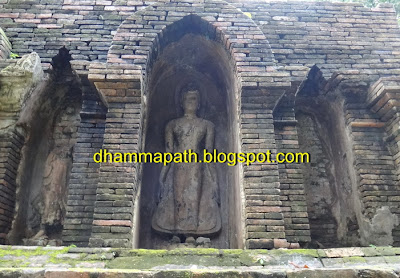 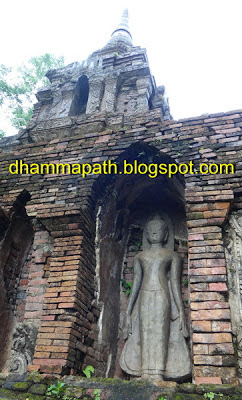 The close view of the Phra Buddha posture in each tier. 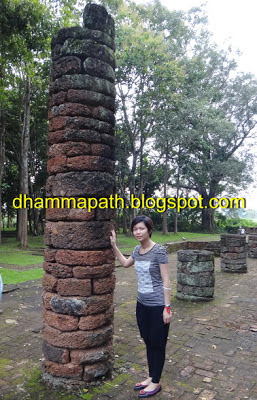 Apart from the Chedi, the ruins of an Ubosot with several standing stone columns can be found in front of the Chedi. 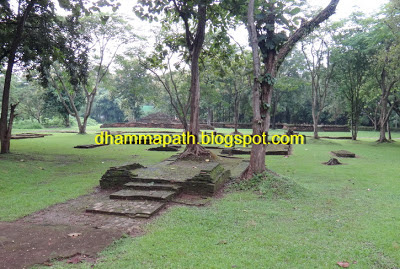 The temple compound with Teak Trees surrounding.
.
See more other Thai amulets at:

http://www.thaiamulets-dhammapath.blogspot.com/
Posted by Kenneth Phoon at 10:52 AM