Here is the grand view of Wat Kae, from left - Bell Tower, House of Museum, Buddha's Footprints Shrine and Shrine of Khun Paen general with his son GumanThong. 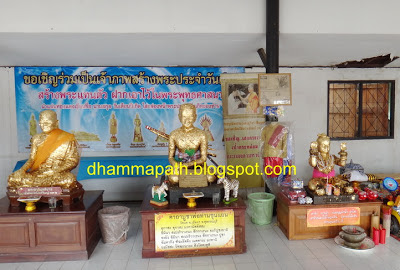 The statues of general Khun Paen, his son GumanThong and past abbot. 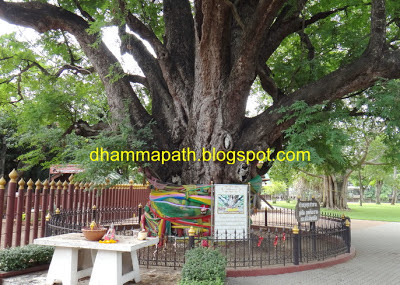 The grand view of huge Tamarind tree, which is around a thousand years old. Next to Khum Khun Paen house. 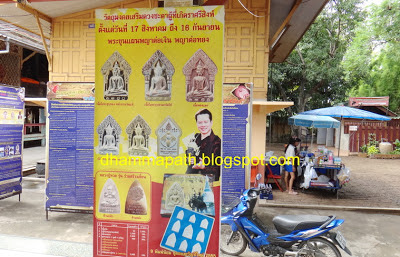 The banner of new Khun Paen amulet was released with Wasp images. 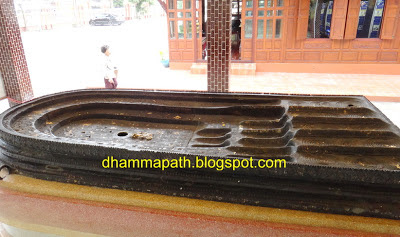 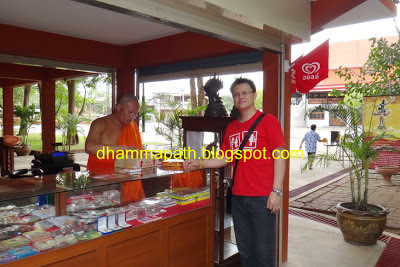 The amulets counter of Wat Kae. 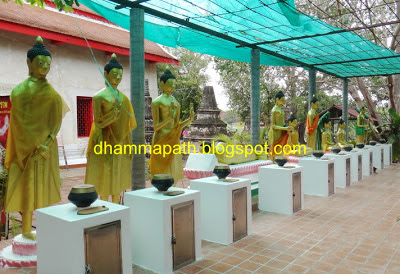 The Buddha's statues of 7 days. 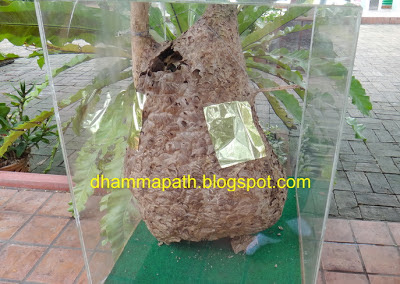 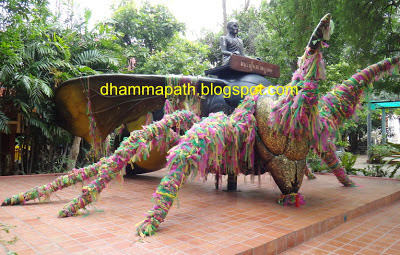 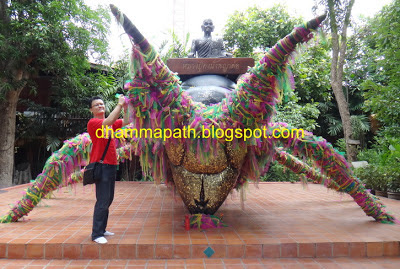 The Giant Wasp statue and it nest. 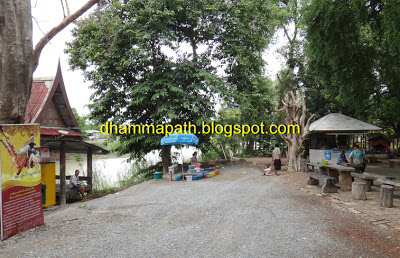 The river at the back side of Wat Kae. 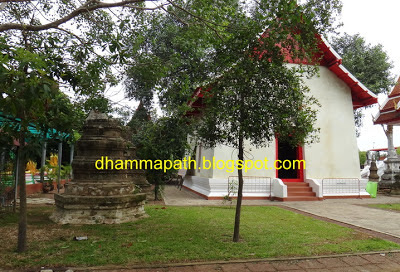 The old Vihara and Chedis. 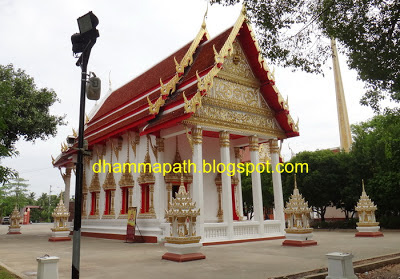 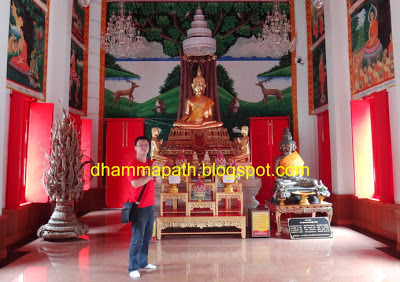 The main Ubosot of Wat Kae and veneration of main Phra Buddha statue. 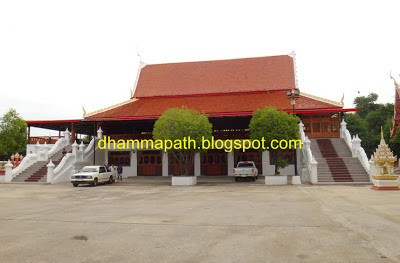 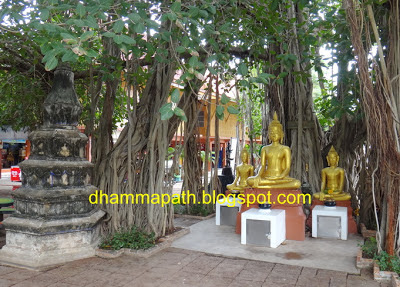 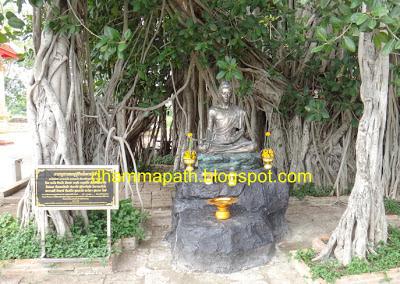 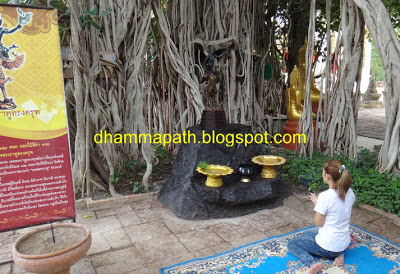 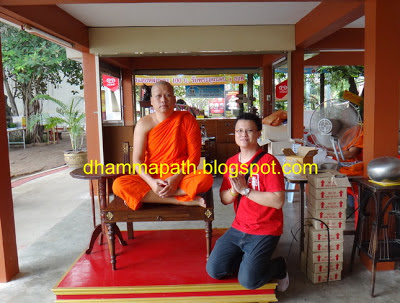 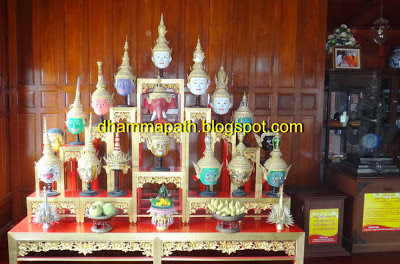 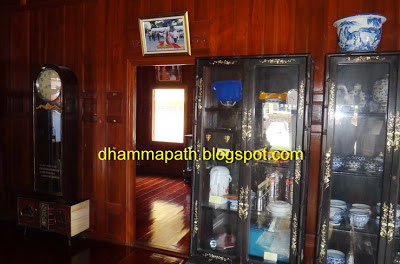 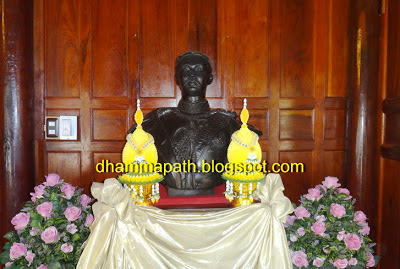 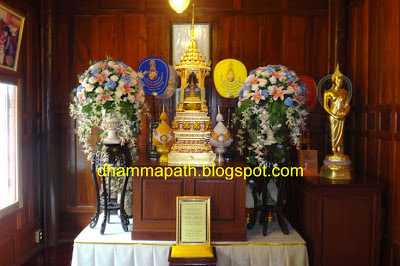 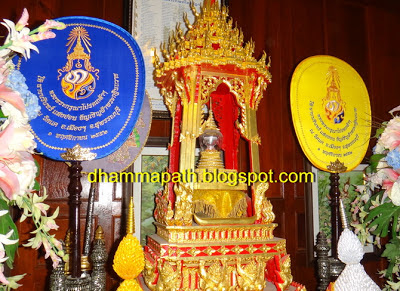 Inside the temple's museum were placed a lot of special antiques, Lersi heads, sacred Relic and others. 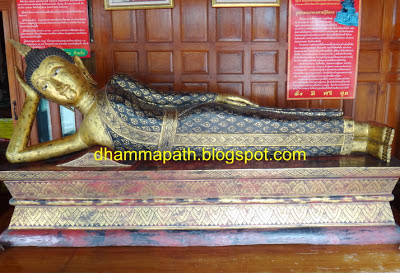 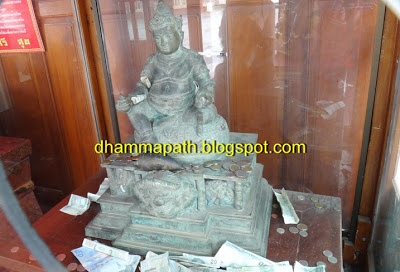