Wat PhayaTikaram was located off the city island in the eastern part of the city Ayutthaya. It can
be a bit difficult to find at main road but it is easy to
reach by boat via a canal (KhlongBanBat) flowing just north of it - feeds into Pasak river. LP Chaloem is present abbot of Wat PhrayaTikaram. 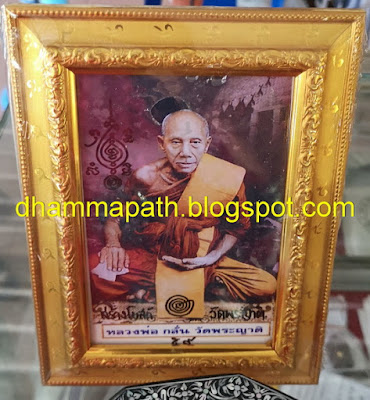 LP Klan ~ past abbot of Wat PhrayaTikaram - Ayutthaya province. He was born in year 1847 at Ayutthaya and lived in a poor family. He was ordained as monk at Wat PraduSongtham when 27 years old. Later years, he was promoted as abbot at Wat PhrayaTikaram. He was a good monk and respected by many people. He was very famous for magic spell (one of the Top monks in past) and his amulets is very rare now and expensive. He was passed away on 21 July 1934 at age 87 years old and served 60 years in monkhood. 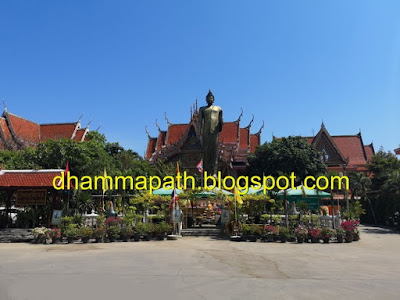 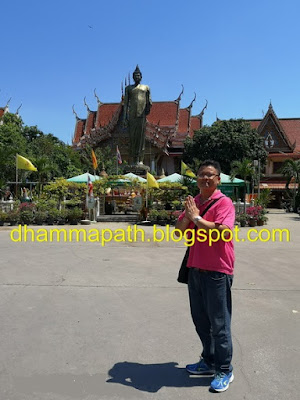 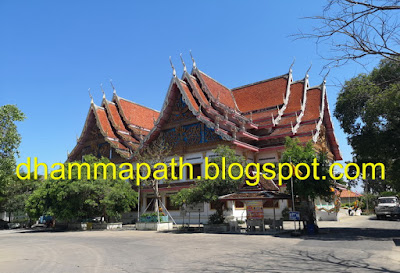 The another big Wiharn building at side. 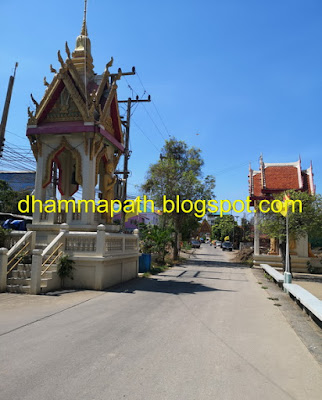 Far away is the temple gate. Along the road, the side located the Bell tower with standing Phra Buddha statue. 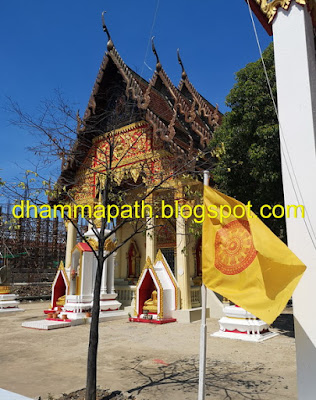 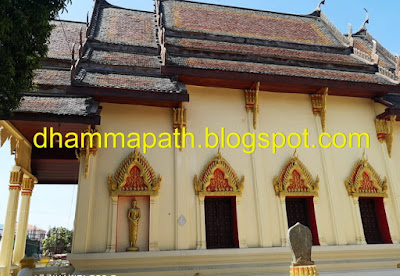 The ordination hall of Wat PhrayaTikaram. 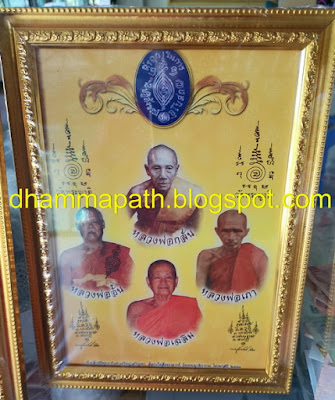 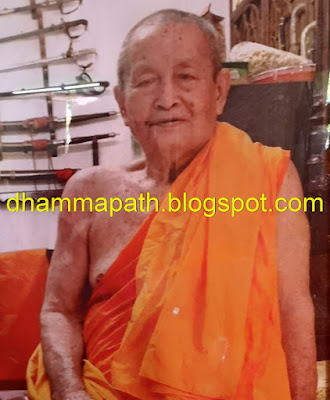 LP Chaloem - present abbot of Wat PhrayaTikaram. He is a descendant wicha from LP Klan (past abbot), who was the legend monk. LP Chaloem is one of top guru monks in Thailand because with his dhamma and wicha. LP Chaloem is a humble monk and dedicated his life in buddhism. Wat PhrayaTikaram is one of the important temple with Holy amulets because of LP Klan handed down his wicha to LP An and LP An handed down his wicha to LP Chaloem. 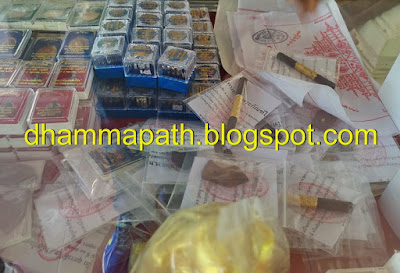 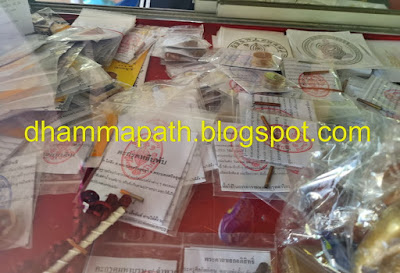 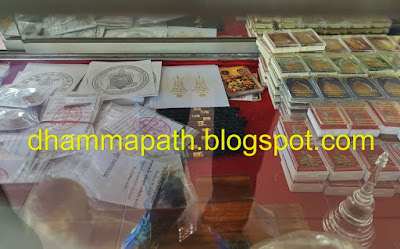 Many of Holy items blessed by LP Chaloem at Wat PhrayaTikaram. 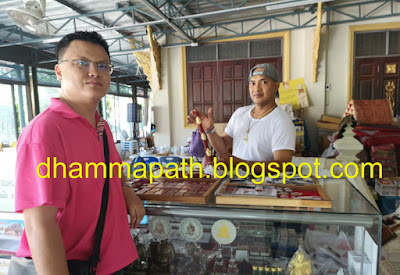 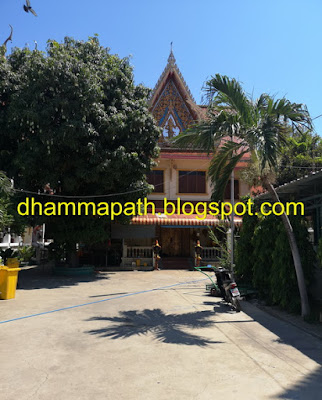 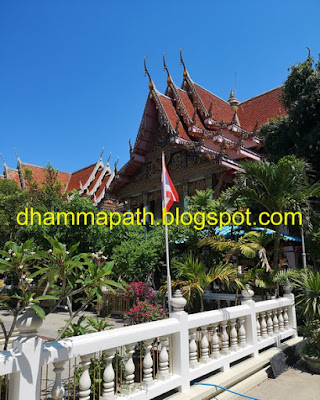 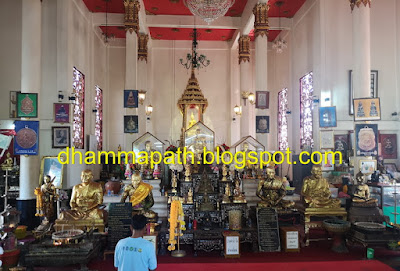 The main altar inside the wiharn with venerated LP Klan, LP An and LP Phao statues. 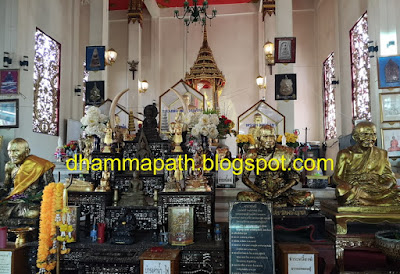 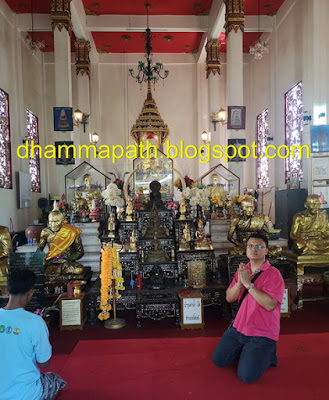 Photo taken with main altar inside the wiharn. 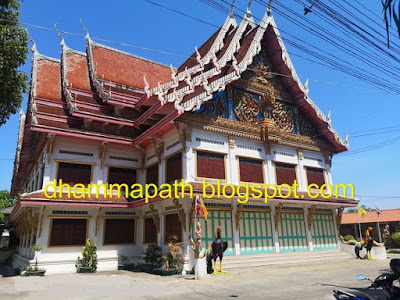 Another old wiharn building with Rooster as guardian at front. 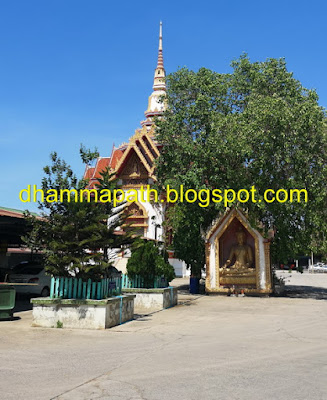 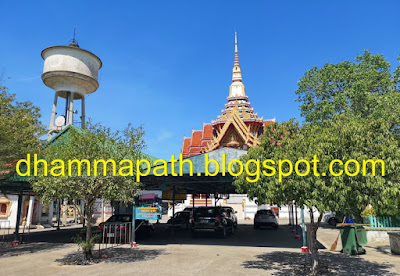 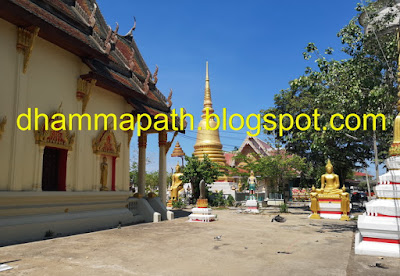