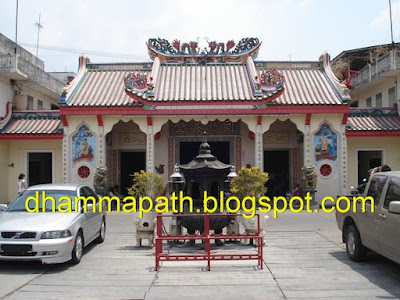 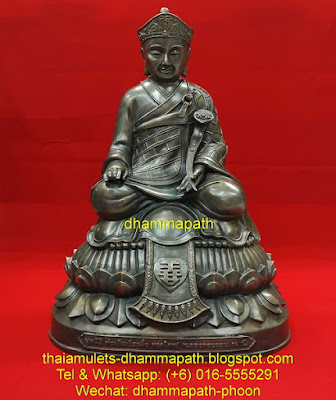 Song DaFeng (宋大峰祖師) a Buddhist monk of the Song Dynasty, once engaged in charities provided help collected corpses for free cremated and funeral, medical care, education, bridge building and other charities in Chaoyang of Guangdong Province. Song DaFeng (宋大峰祖師) was born in Zhejiang Province in year 1039 to a Wenzhou wealthy family, by surname Lin (林灵噩) from Fujian. When childhood, he studying Buddhist scriptures and got imperial Scholars awards and engaged magistrate duties. Until the age of 54, the political corruption was disappointed, he was quit and ordained as monk and promoted Buddhism everywhere. At the age of 81, heavy rains caused river flooding in Chaoyang of Guangdong Province, triggering plagues and other disasters and resulting in many unclaimed bodies. Song DaFeng (宋大峰祖師) collects corpses for cremation, sets up clinics, supplies food to those in need, and educates his disciples on the virtues of helping others.
At year 1127, Song DaFeng was passed away at 88 years old. Because of the Song DaFeng (宋大峰祖師) merits, everyone is grateful. Therefore, after the death, it was widely enshrined by the Chaoshan people. There were many temples in Chaoshan, Hong Kong and other places in Southeast Asia also worshipped the Song DaFeng (宋大峰祖師). 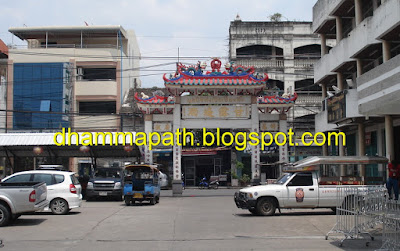 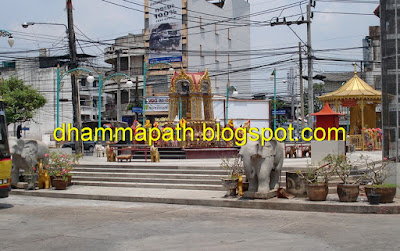 The shrine for Phra Phrom. 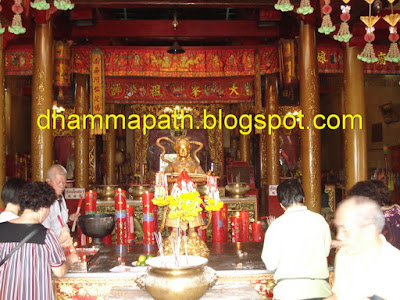 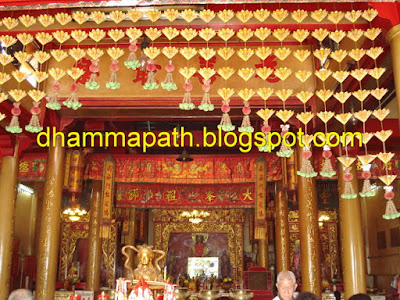 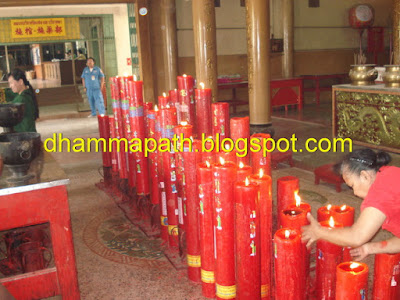 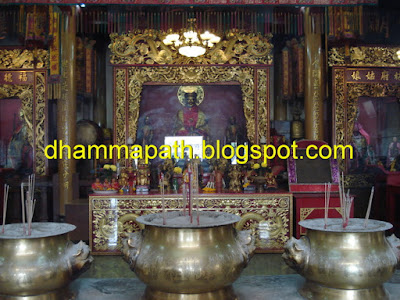 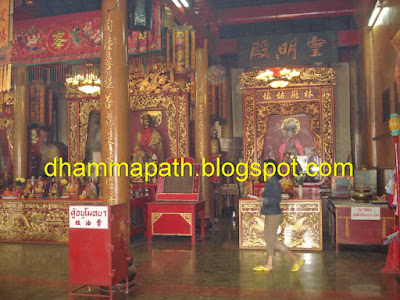 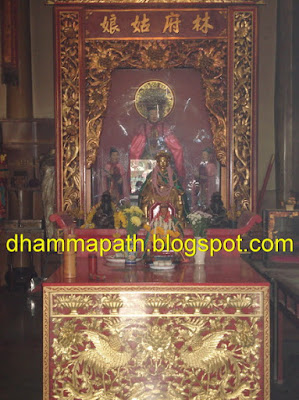 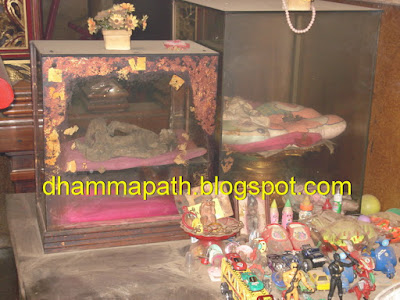 The body of Guman baby and some offering. 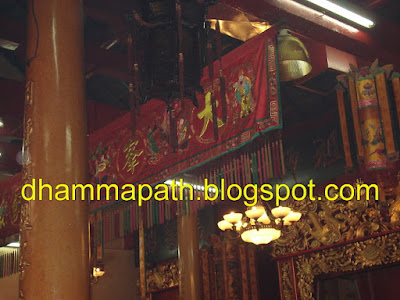 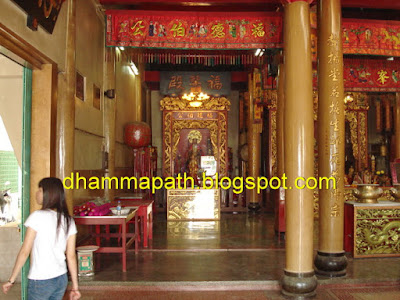 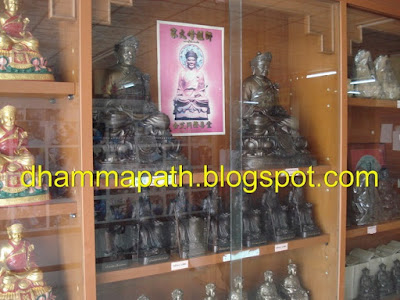 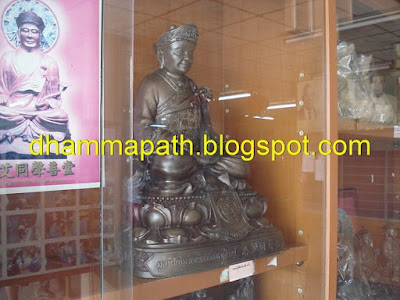 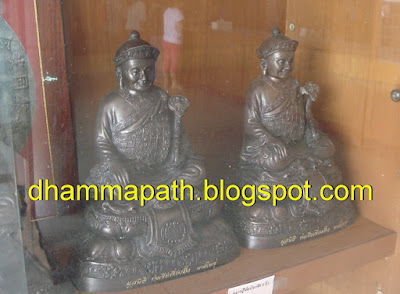 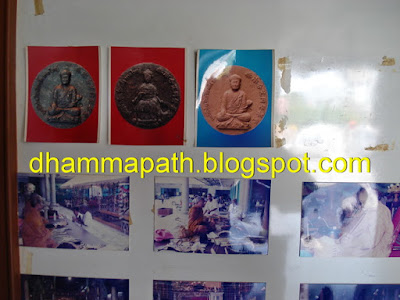 Photos for amulet and event ceremony. 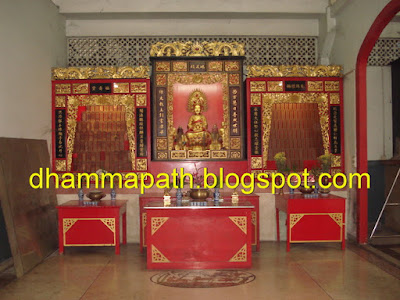 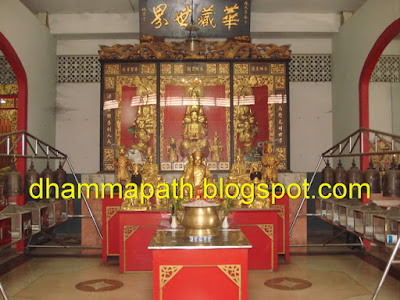 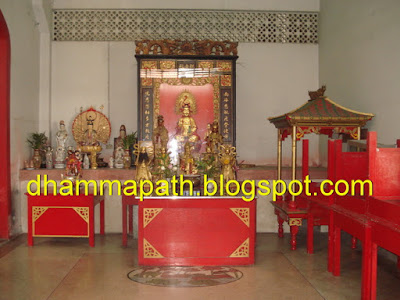 Altar for triple gems Phra Buddha and another for Mercy Bodhisattvas Guan Yin. 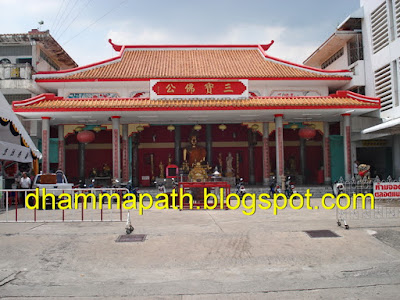 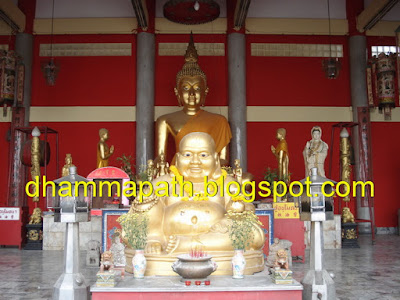 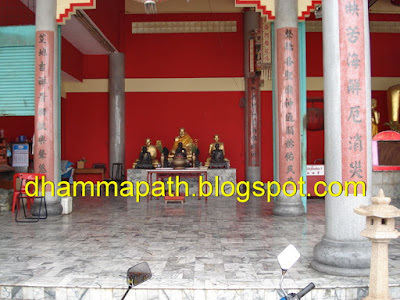 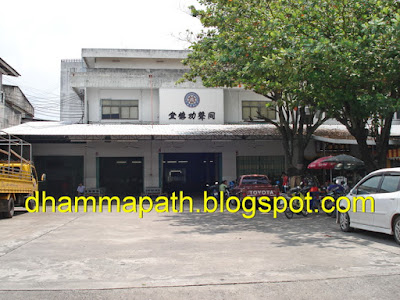 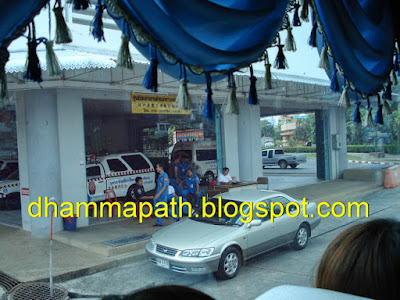