Wat Pailom is a popular temple of Nakhon Pathom province. It is believed to be built during the reign of King Rama IV as the King had a strong faith in Buddhism. At the same time, King Rama IV ordered Mon people to construct the temple and renovate Phra Pathom Chedi (not far from Wat Pailom) that located in the city. Later, this area (Wat Pailom) was abandoned and occupied by thick bamboo grove. As this area is tranquil, many Buddhist monks came here to seclude themselves from the world and practiced Dhamma here. Hence, local people decided to establish here as House of Priest and invited Buddhist monks to stay here some time. 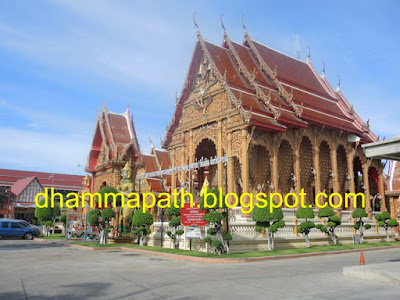 The Wat Pailom had no abbots for a long time until 1943 when LP Poon Attarakakho was assigned to be the abbot. At that time, as the temple did not have Ubosot for religious rite, he consulted with the older monks and decided to build an Ubosot with help from the locals in 1947 and finished 3 years later. 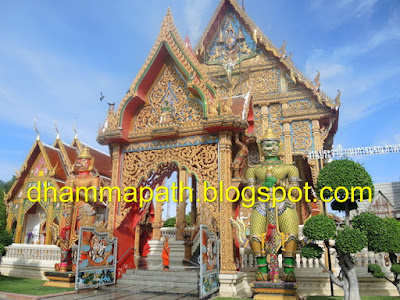 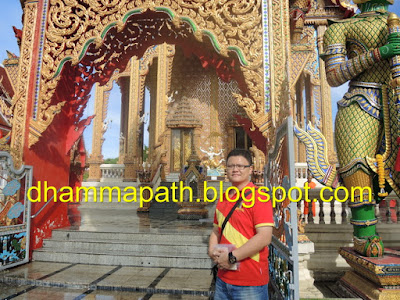 The front side of the Ubosot, venerated the giant Yaksa at the Ubosot gate. Front side the Ubosot, the sacred Hanuman statue is painted Colours (previously is metal dark). 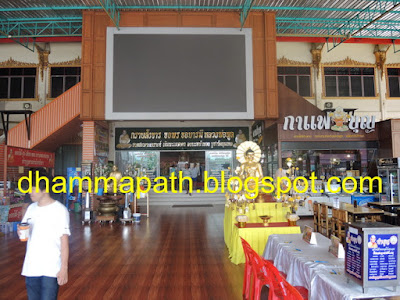 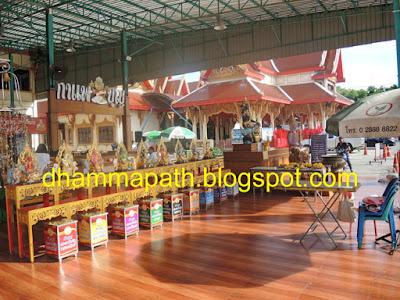 The front side of Sala Kruwimanuson. 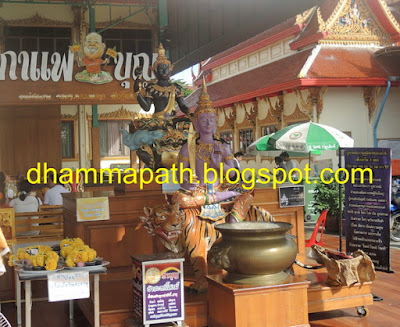 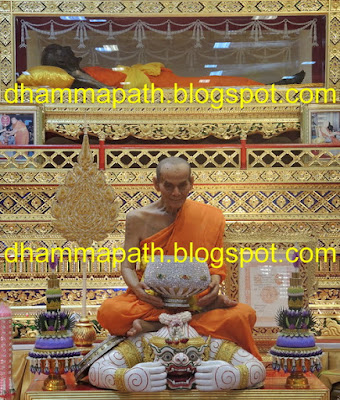 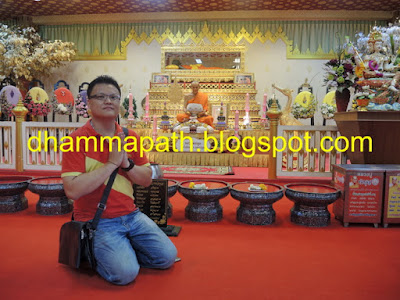 Inside Sala Kruwimanuson was kept the body of LP Poon.  Although LP Poon has passed away since 2005, his body is still undecomposed. Therefore, the temple keeps his body in a glass coffin and places it in Sala Kruwimanuson in order that people and his disciples can pay respects to his body. 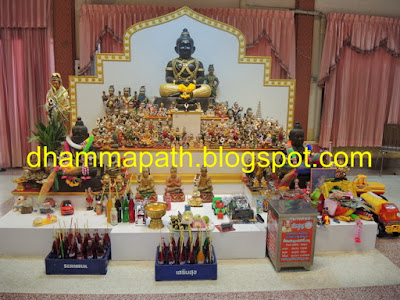 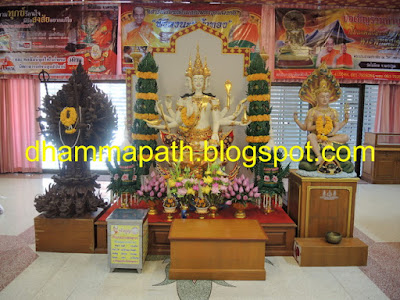 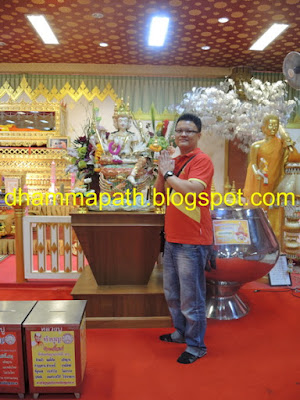 The new statue of Phra Phrom, very stunning and beautiful. 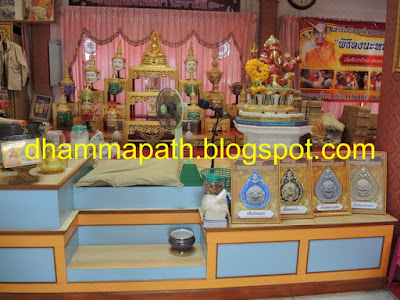 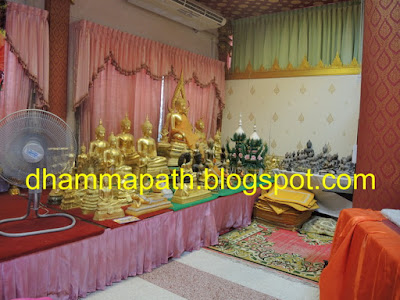 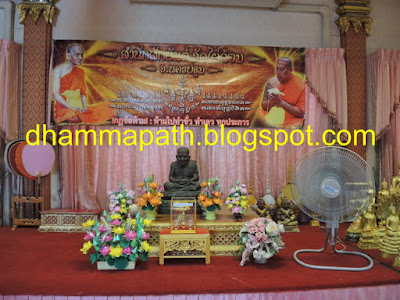 Inside the sala Kruwimanuson with many Holy statues venerated here. And the banner of LP Poon and LP Namfon. 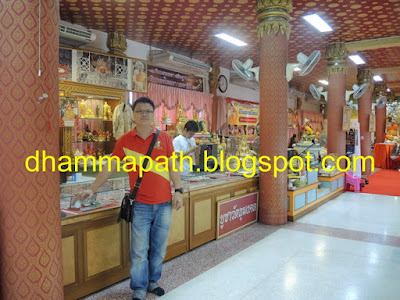 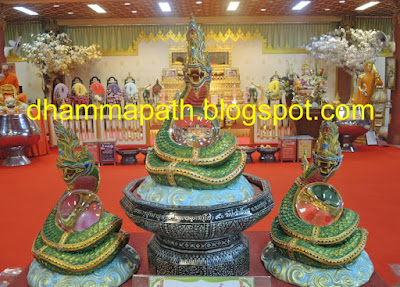 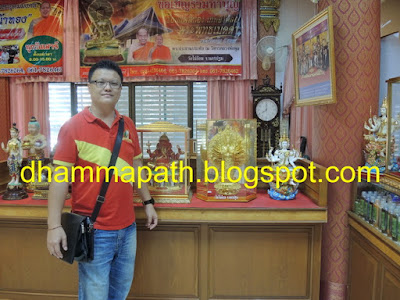 Many beautiful and stunning statues here. 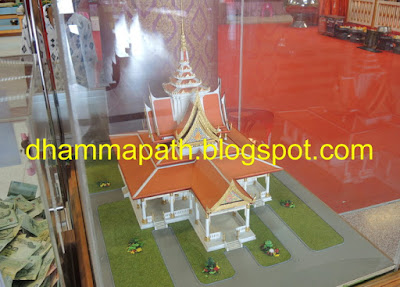 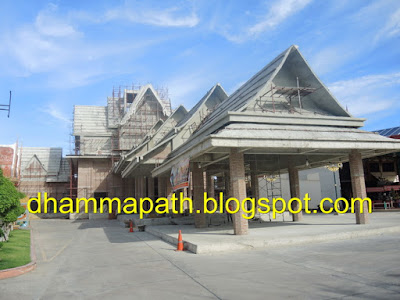 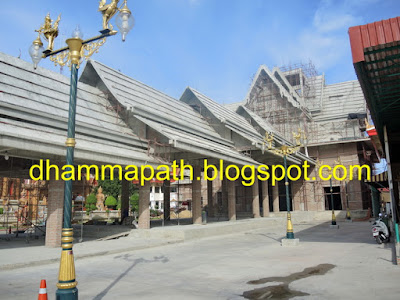 The new building still under construction, this new building is just next to Sala Kruwimanuson, where LP Poon body is kept. 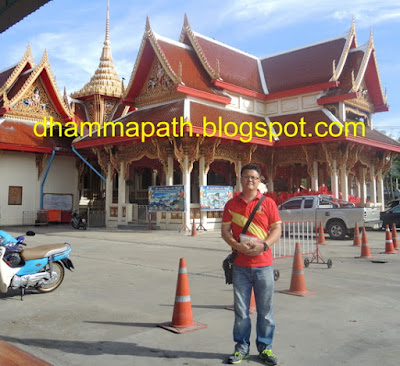 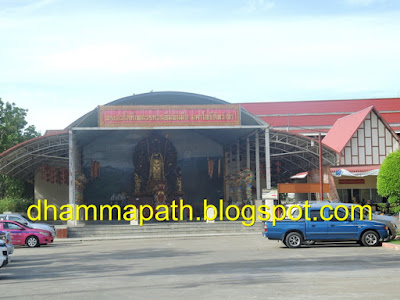 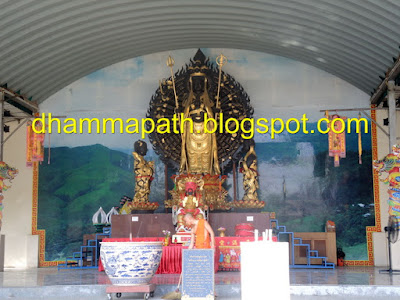 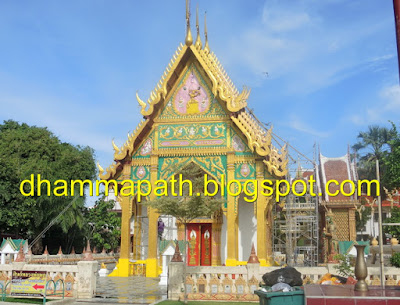