It is believed by the locals that the King Mengrai monument should be the first place to visit when coming to Chiang Rai to show respect to King Mengrai the founder of Chiang Rai, before travelling anywhere else. 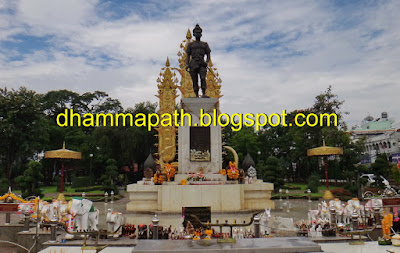 King Mangrai (1238–1317), also known as King MengRai, was the 25th King of Ngoen Yang (1261-1296) and the first King of Chiang Mai (1296-1317), capital of the Lanna Kingdom (1296–1558). King Mangrai was born on October 2, 1238 in Ngoen Yang (present day Chiang Saen) Thailand on the Mekong River, a son of the local ruler King Lao Meng. In 1259, King Mangrai succeeded his father to become the first independent king of the unified Tai city states in northern Lanna and what is now northern Laos. Seeing the Tai states were in danger, King Mangrai quickly expanded his kingdom by conquering Muang Lai, Chiang Kham and Chiang Khong and initiating alliances with other states. In 1262, he founded the city of Chiang Rai as his new capital in the Kok River basin. He also seems to have been operating around this time in the area of Fang in the Upper Kok Valley.
Construction of Chiang Mai ("New City") began in 1296 and it has been the capital of the northern provinces more or less ever since. 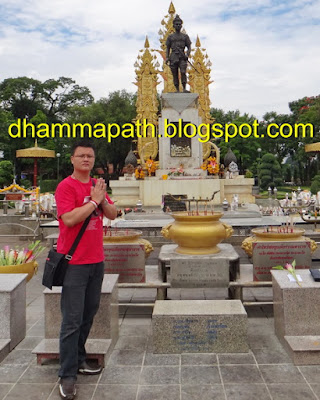 The photo taken with statue King MengRai, the bronze materials of The King Mengrai statue. 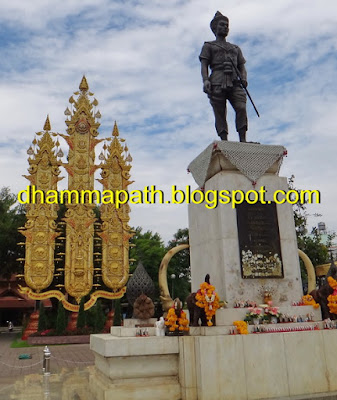 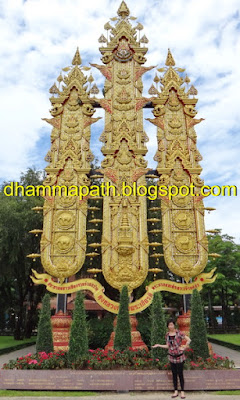 Another view for the statue King MengRai with beautiful background design 'Tung Kradang'. A wooden or metal banner commissioned as an offering to the Lord Buddha. 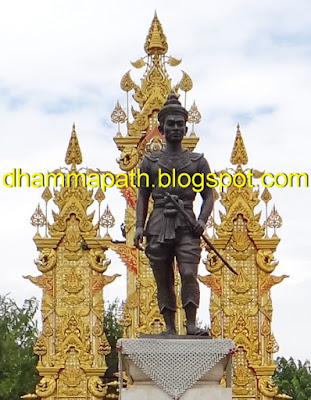