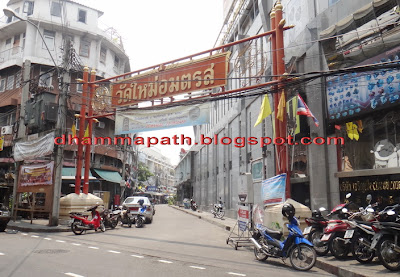 The main entrance of BangKhunProm road to Wat Mai Amatarot. 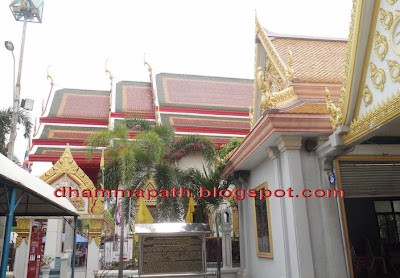 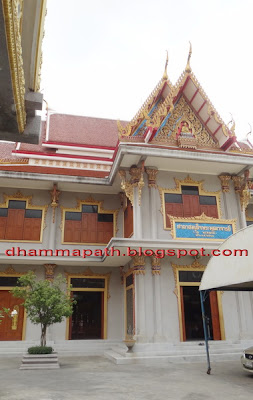 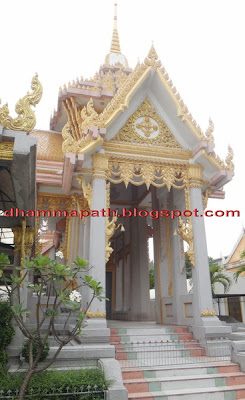 The top photo is the Ubosot of Wat Mai and below photos are building Hall of Wat Mai Amatarot. 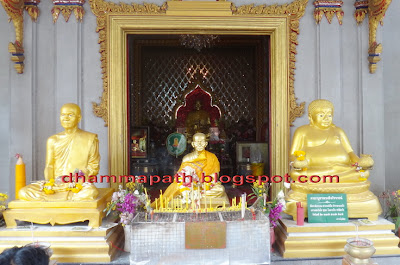 The veneration of Putthajarn Toh statue and past Abbot statue of Wat Mai. 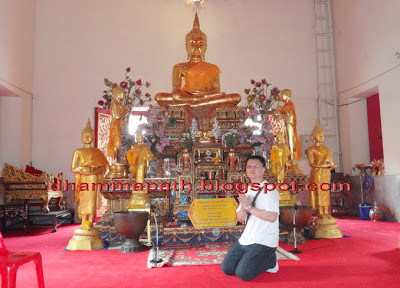 Photo taken with Phra Buddha statue inside the Ubosot. 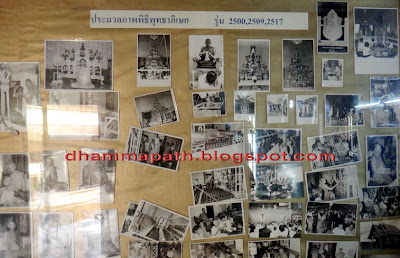 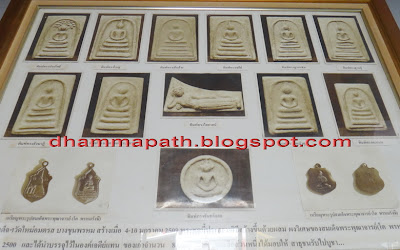 The photos of famous Somdej BangKhunProm Pim BE2500, BE2509 and BE2517. Photo below is the variety of number collection type of Somdej during the year. 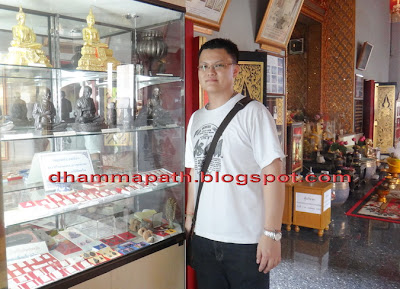 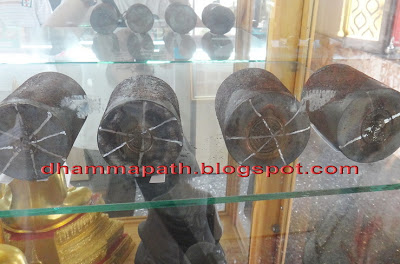 The Somdej BangKhunProm on display and the destroyed moulds of the past. 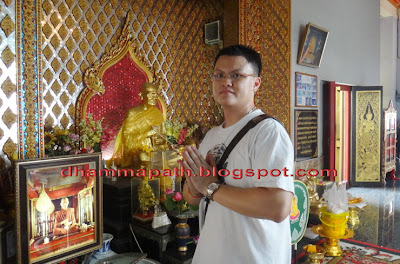 The main veneration for Putthajarn Toh. 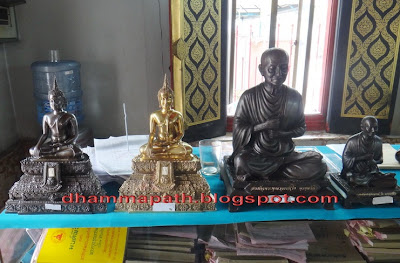 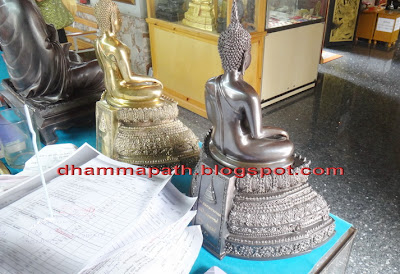 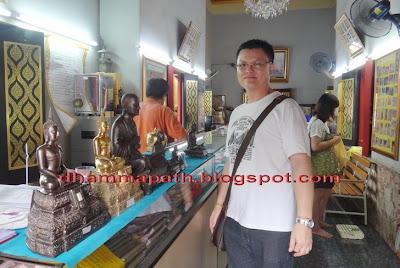 The amulets counter and the new blessed Phra Buddha statues and Somdej BangKhunProm BE2554 were just released. 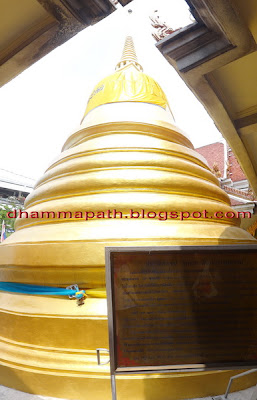 This is the sacred Chedi of Wat Mai Amatarot. According to temple, Putthajarn Toh built a big Chedi in this temple to kept 84000 pcs amulets. This big Chedi was built in year 1868 and finished in year 1870. Later the Chedi base was broken and discovered a lot of sacred Somdej BangKhunPron amulets that created by Putthajarn Toh. 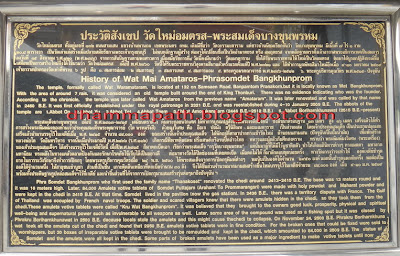 The board written: Formerly called Wat Waramataram, located at BangKhunProm road and locally known as Wat BangKhunProm. Considered an old temple built around the end of King Thonburi with areas of around 7 rais. The temple later called Wat Mai Amatarot and current abbot is Boriharnkhunawat.
Phra Somdet BangKhunProm who first used the family name 'Thanakoset' renovated the Chedi around BE2413-15. The base was 13 meters and high 16 meters. Later 84000 pcs amulets of Putthajarn Toh were made with Holy powder Itthirij Patthaman and Maharat powder were kept inside the Chedi in year BE2415.
In year BE2436, there was a territory dispute with France and Gulf of Thailand was occupied by French naval troops. The local soldiers and villagers took out the hidden Somdej amulets in the Chedi by name 'Kru Wat BangKhunProm'. They believed the amulets brought good luck, prosperity, physical and spiritual well being and supernatural power such as invulnerable to all weapon as well. Later BE2500, the Chedi was closed because villagers stole the amulets might cause the Chedi to collapse. On November BE2500, all amulets were took out included the Phra Buddha statues, statues of Somdet and 30 boxes of irreparable amulets. All the broken amulets have been used as major ingredient to make amulets until now. 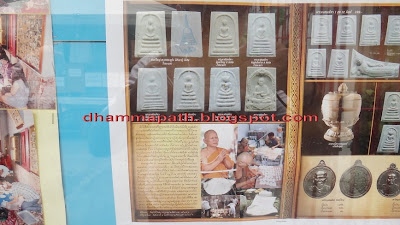 The catalog of new Somdej BangKhunProm amulets BE2554. 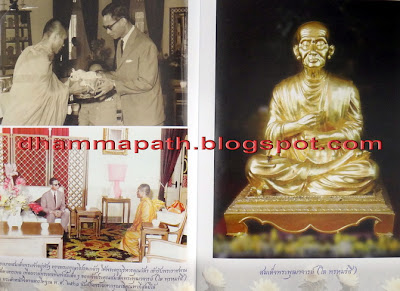 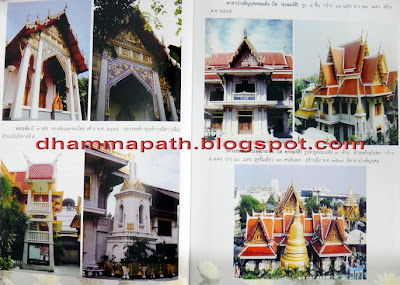 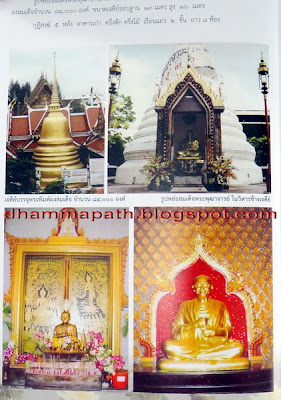 The photos from book of Wat Mai, the HM Thai King visited the temple Wat Mai and the compound area of temple with sacred Chedi of Wat Mai.
.
See more amulets from Wat Mai Amatarot at:
http://thaiamulets-dhammapath.blogspot.com/search/label/Wat%20Mai%20Amatarot
.
See more other Thai amulets at:
http://www.thaiamulets-dhammapath.blogspot.com/
Posted by Kenneth Phoon at 6:34 AM