Most popular ancient temple of Ayutthaya and you and me must come and visit this old temple Wat Yai Chai Mongkhon. The old chedi of Wat Yai Chai Mongkhon is one of the landmarks of Ayutthaya, standing high, and visible to all, who approach the city from the east. The bell-shaped principal chedi stands on an elevated square base with smaller chedis at the corners. There is a second octagonal pedestal above the base to accommodate the bell-shaped body. In part 2/2, we will see more photos of the Chedis. 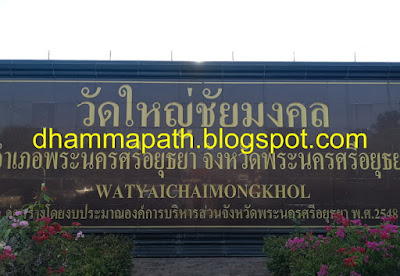 The name signboard of Wat Yai Chai Mongkhon. In the year 1357 two princes of Ayutthaya, Chao Kaeo and Chao Thai, died of cholera. King Ramathibodhi I (1350 - 1369) ordered the bodies of both princes to be exhumed and at the cremation site, a monastery with a holy monument (stupa) and a preaching hall (viharn), be established. He gave the monastery the name "Wat Pa Kaeo" or the Monastery of the Crystal Forest. The monastery was accommodate the monks that were ordained by Phra Wanratana Mahathera Burean. This monastery was named "Wat Pa Kaeo". Afterwards, Phra Wanratana of Wat Pa Kaeo suggested to King Naresuan the Great to build a Chedi. He decided to construct a large Chedi in this monastery in 1592. This monastery became known as Wat Yai Chai Mongkhon. 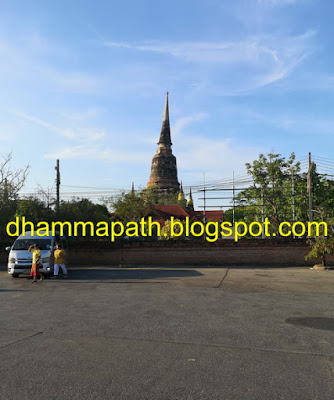 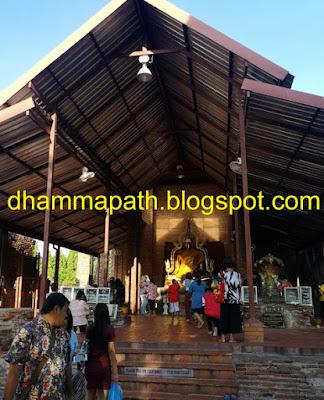 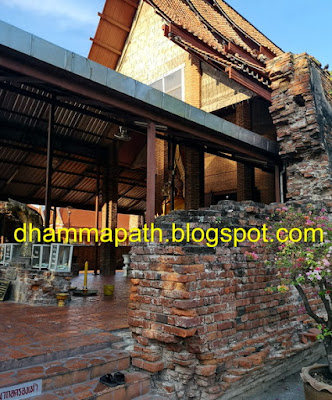 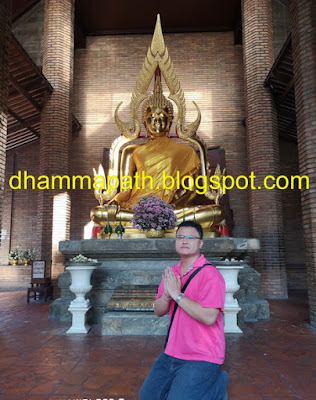 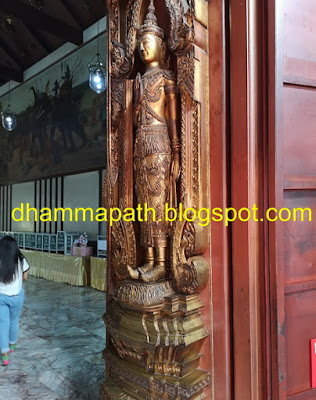 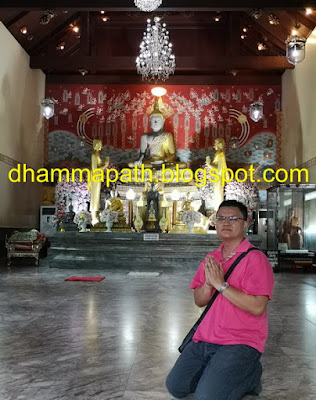 Inside the Ubosot is venerated Phra Phuttha Chaiya Mongkhon statue. 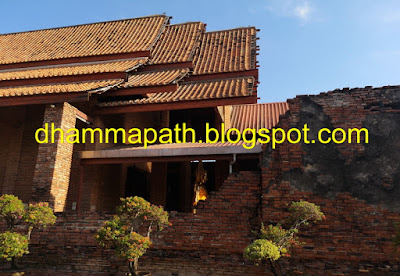 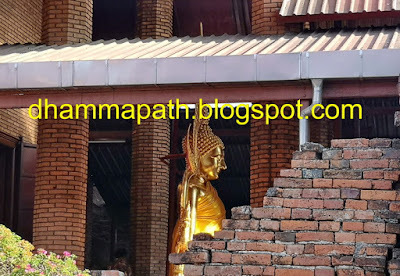 Phra Cinnaraj view from another side with old brick outer wall. 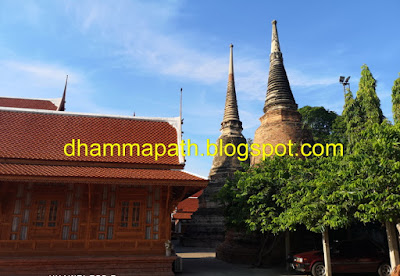 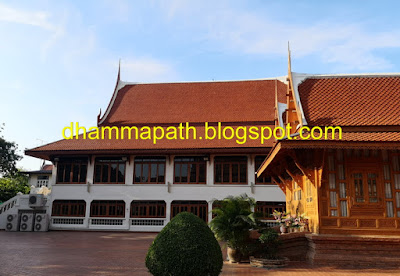 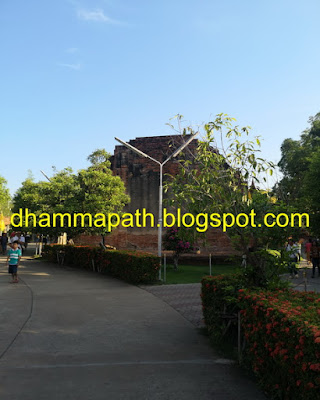 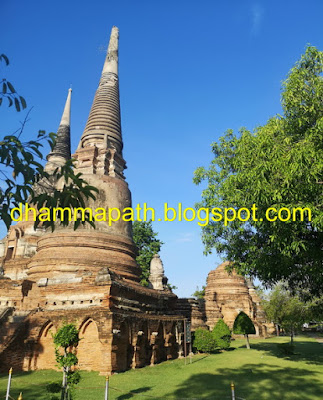 Path way to the principle Chedi of Wat Yai Chai Mongkhon. We will posting more Chedi photos at part 2/2. 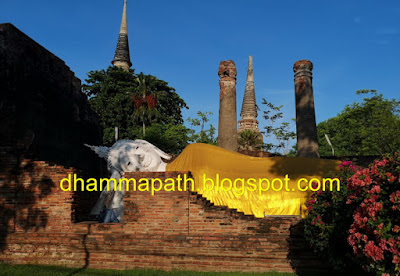 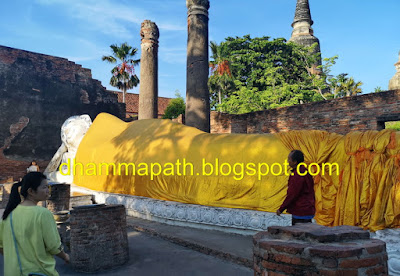 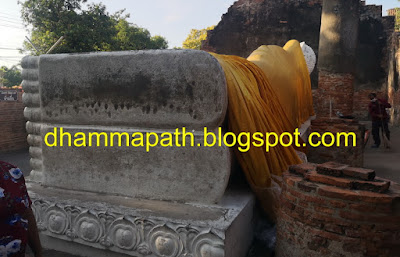 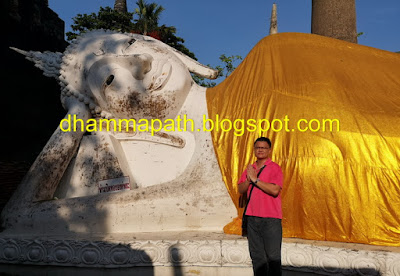 The ruin Vihara of the Wat Yai Chai Mongkhon and Old statue of Reclining Buddha. 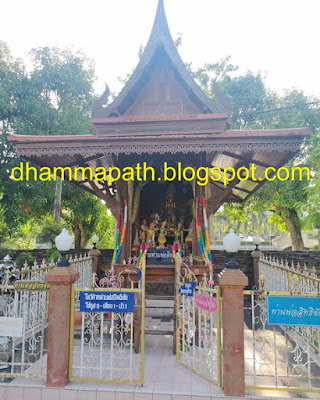 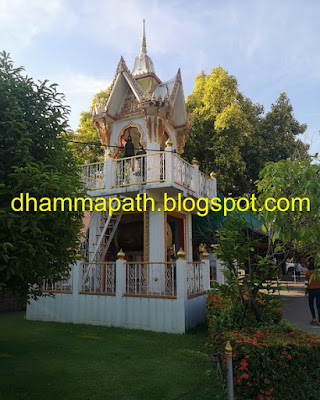