LP Tim from Wat Phra Kao, a great guru monk who've been conduct good karma his whole life. He's very famous and devotees likes him and his amulets very much. 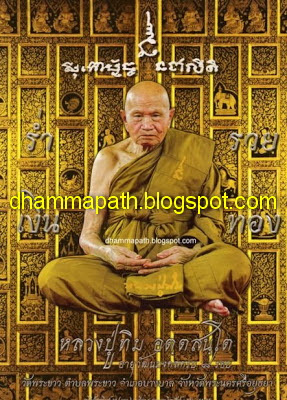 LP Tim - Wat Phra Kao, Ayutthaya province was born in BE2456, 10 March 1913. LP Tim's family has total 6 children as he himself being the 5th child. His parents works in farming industry. LP Tim's father passed away when he was very young. LP Tim studied in Wat Pikut since young till primary 4, he stopped schooling to help his mother in the farming work. During BE 2477, he was forced to enrol into army as he has got a muscular build. Duty was to protect the King of Thailand as a bodyguard. He served the army for 1 year 3 months and got discharged from army during July BE 2478. After serving in army, LP Tim enter his monkshood at Wat Pikut for 1 year before he left his monkshood life to help out his mother to take care of the family. After which LP Tim got married and had his own family. During BE 2484, LP Tim was summoned back to the Thai army for war against France. After France war, LP Tim volunteer to go to Myanmar for another war that lasted for 6 months named "Somkam-Indojing" commonly known as Indo-Chine War. LP Tim was proudly awarded a medal after that and he went back home after war. After 7 months he was called back to join in the World War 2 but retuned back home safely after World War 2 to help his mother. Having been through a lot of hardships, LP Tim always got memories back of his monkshood life. Just at this point of time, the place that he stayed has got infected with a serious Plague which causes many death because of no advance medication. LP Tim himself was infected as well, he prayed to Buddha and made a promise if he were to recover he would served the public and do good deeds for everyone. Miraculously, he recovered from the near death experience illness. Since than, LP Tim ordained at Wat Pikut on 10 April BE 2491 for second time and went to Wat Phra Khao during B.E 2492. LP Tim went to Wat Nam Tao to learn from LP Sang for 1 month and he became abbot of Wat Phra Kao on BE 2498. Since BE 2492 LP Tim went to take part in all kinds of tests and on BE 2512 he had attained the highest level of studies a monk can achieved. LP Tim was an expert in concentration of mindfulness and he also studied vipassana meditation with LP Jong Wat Nantangnok and LP Sod of Wat Paknam. LP Tim was very well known with his knowledge in Metta and Wicha Magic being one of the highest ranked monk in Thailand. Many believers asked for help as they believed that LP Tim has the power to improved their luck. There have been many reports of miracles and beneficial experiences related to LP Tim and his amulets as well. LP Tim passed away on 22th March 2009 at the age of 96 years old. 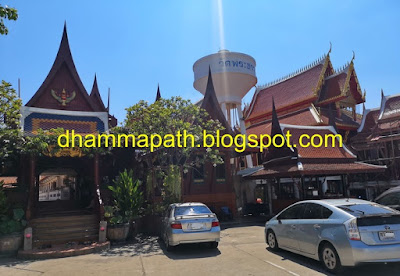 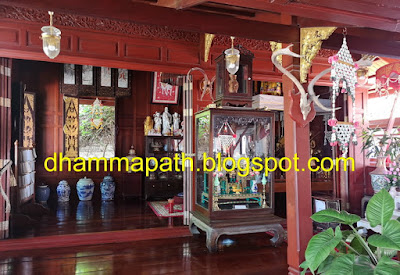 The old collection antique for Wat Phra Kao. Some is belonging to late LP Tim. 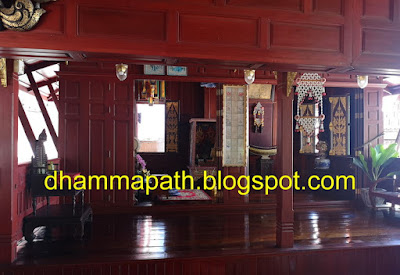 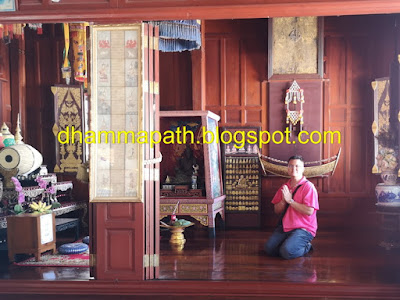 Small altar for inside the wooden wiharn Wat Phra Kao. 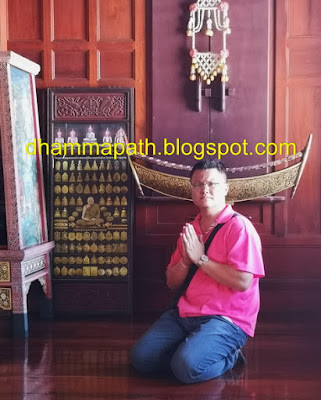 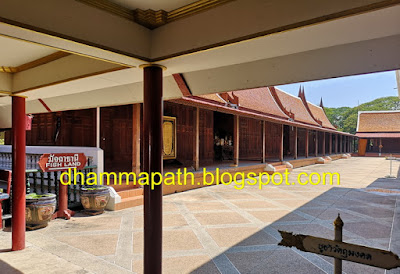 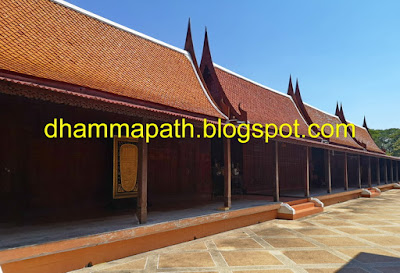 The upper floor for the wooden wiharn with rooms at both side. 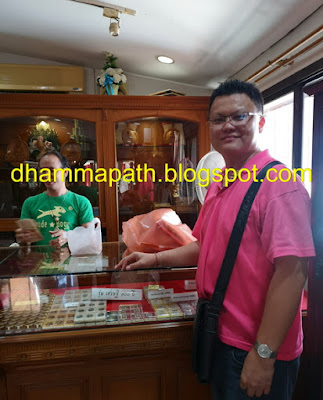 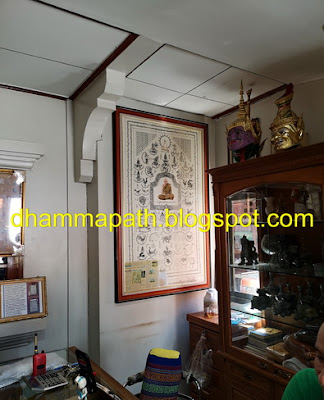 One of the Great Phayant by LP Tim. 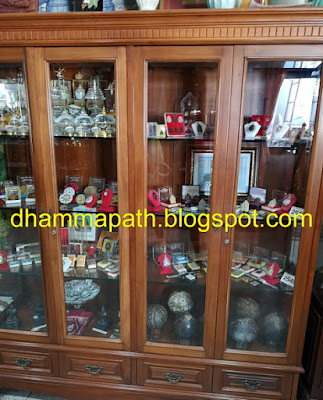 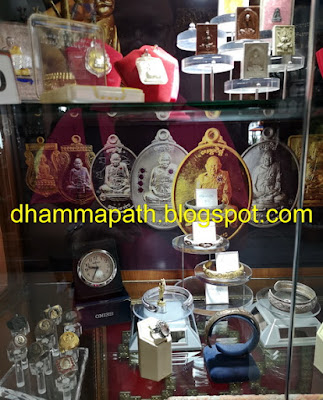 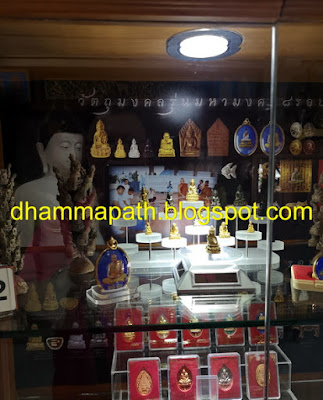 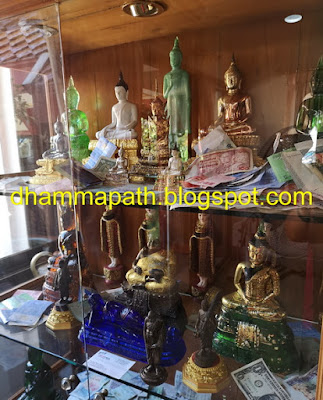 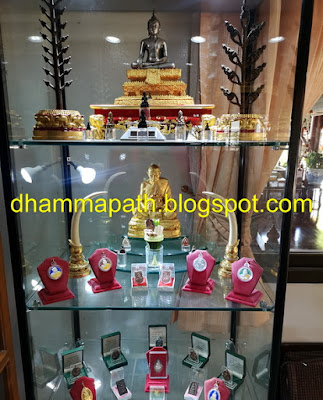 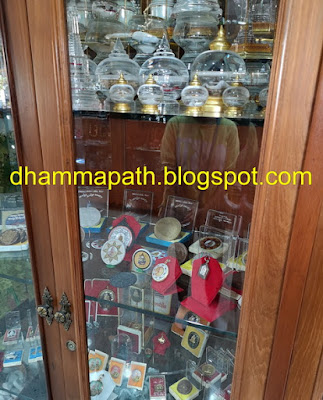 Mini museum for statues and amulets by LP Tim. All for display only. 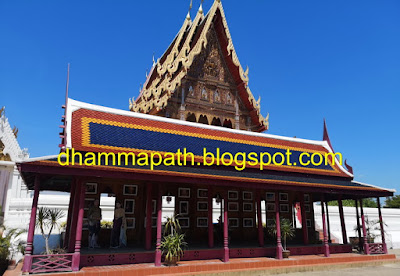 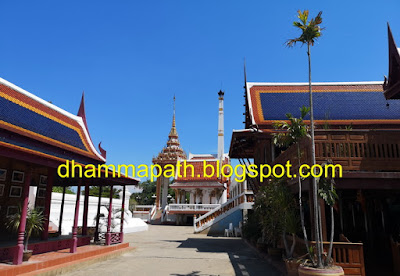 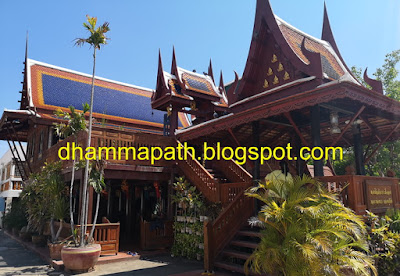 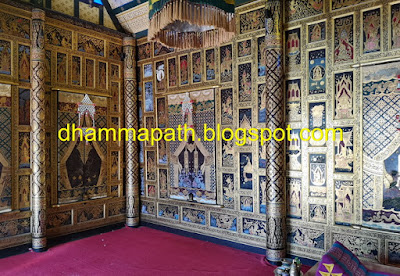 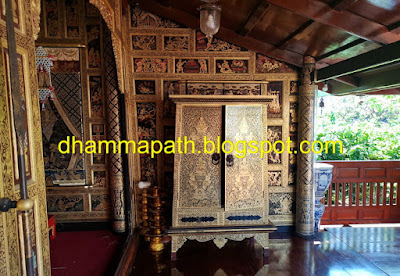 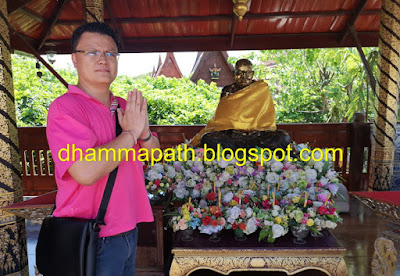