Wat Na Phra Men was built in the reign of King Ramathibodi II and received the name, Wat Phra Meru Rachikaram, which was later called “Wat Na Phra Men”. In the past, the Burmese used this temple as a command base resulting in no demolishment until today. The aesthetic places reflecting the complete Ayutthaya architecture include the ordination hall where a Phra Buddha image in the attitude of subduing Mara named “Phra Phuttha Nimit Wichitmara Moli Sri Sanphet Boromatrailokanat” is enshrined. At present, it is the largest crowned Buddha image from the Ayutthaya period. 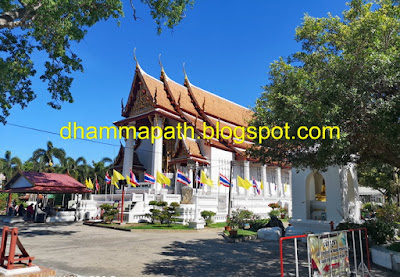 The main Ubosot of Wat Na Phra Men, is massive, larger than most modern ones, and the Phra Buddha (Phra Phuttha Nimit) image wears 'royal attire', which was common in the late Ayuthaya era. 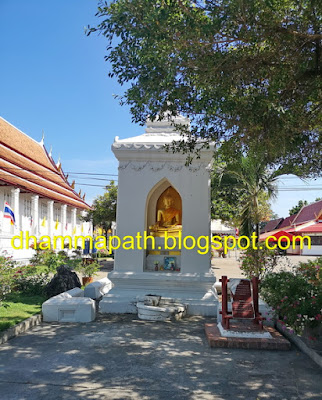 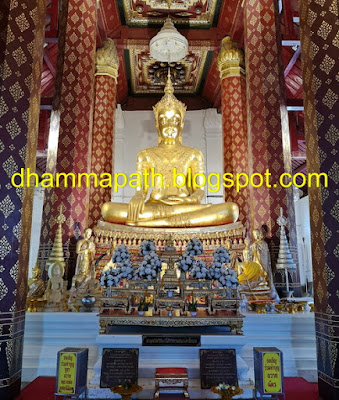 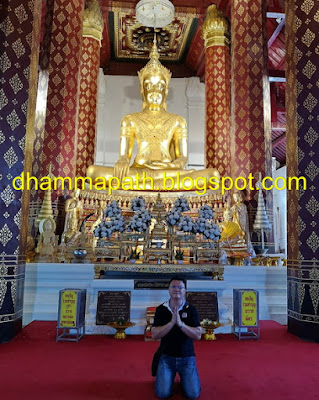 Photo taken with main Phra Buddha image - Phra Phuttha Nimit Wichitmara Moli Sri Sanphet Boromatrailokanat. The crowned image sits in the Subduing Mara posture and measures 6m high and 4.50m in width across the lap. The image was cast of Bronze metal and covered with gold leaf. The peculiars of Phra Phuttha Nimit are that the image is attired in royal dress complete with crown, earrings, necklace, chest and arm ornament. It presumably dates to the reign of King PrasatThong, when such Buddha images became popular in the Late Ayutthaya period. 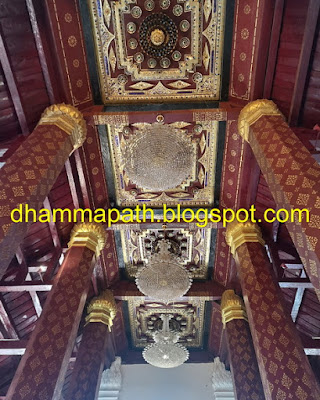 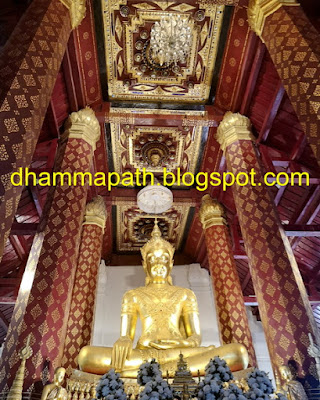 Beautiful and welcome to visit to experience the beauty of the architecture from the Ayutthaya period. It is considered a temple which utterly reflects the remaining Ayutthaya architecture. 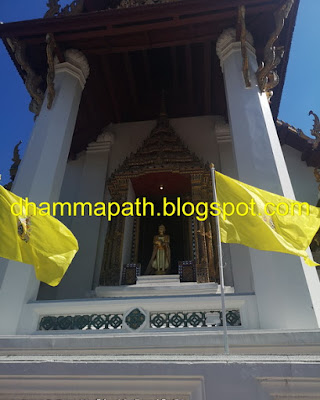 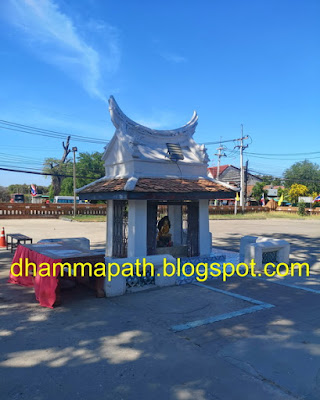 Side ubosot with standing Phra Buddha statue and also small shrine at front. 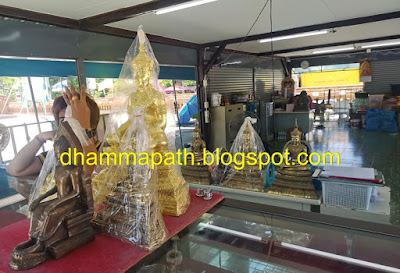 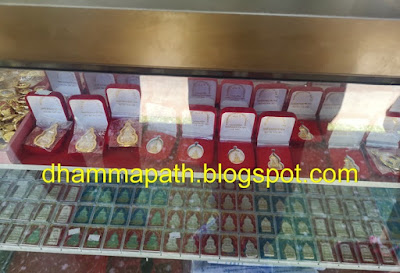 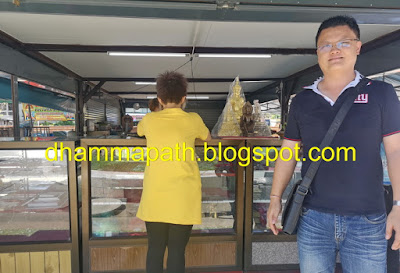 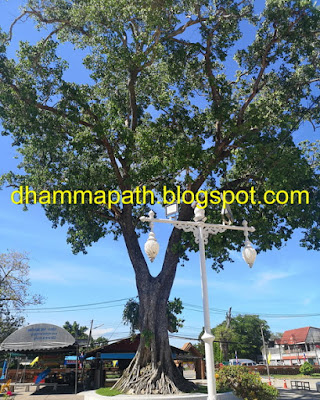 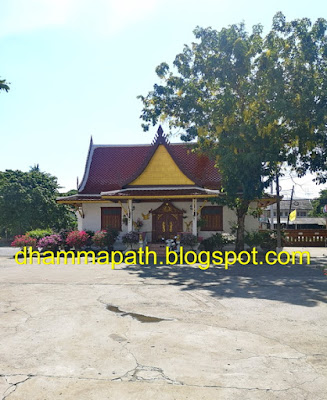 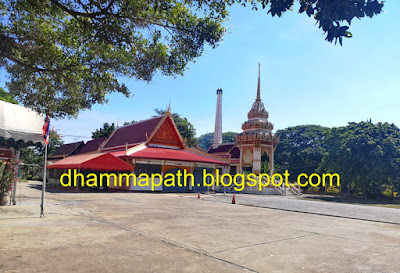 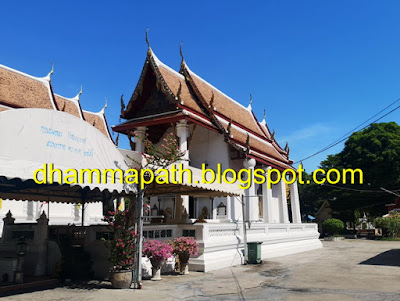 It is another highly-revered Buddha image of the Ayutthaya locals and tourists. This includes photographers who want to take photos of the magnificent Buddha image. Moreover, the limestone Buddha image in the attitude of ritualizing for rain from the Dvaravati period which is enshrined in Wihan Noi is one of the few Buddha images in Thailand that is worthwhile for preservation. 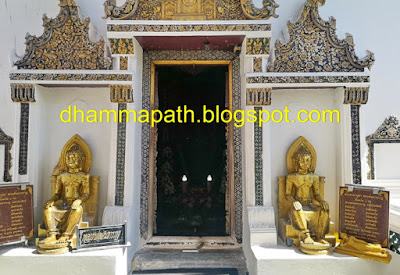 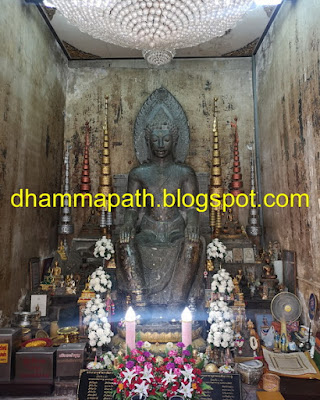 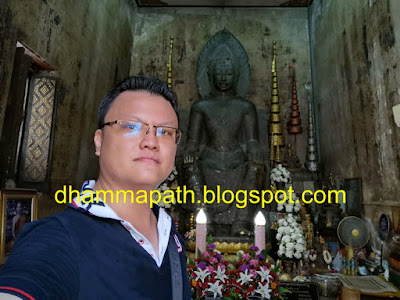 Photo taken with Phra Buddha Dvaravati image by name Phra Khantharat and this statue is made from limestone. 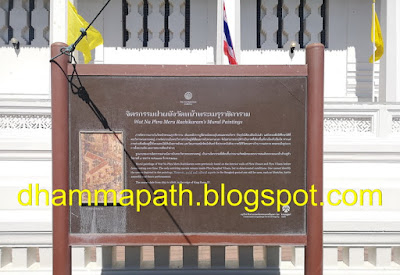 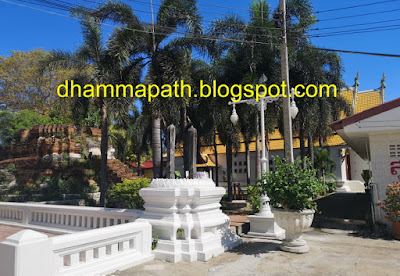