Dont miss to visit one of the famous Buddhist temple in the city of Ayutthaya Historical Park, Thailand. It located at west bank of the Chao Phraya River, outside Ayutthaya island. It is one of Ayutthaya's best known temples and a major tourist attraction. 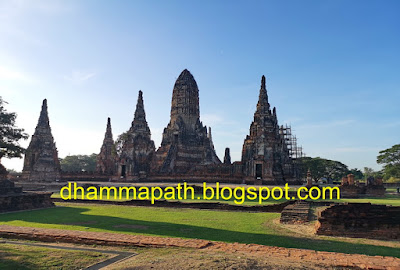 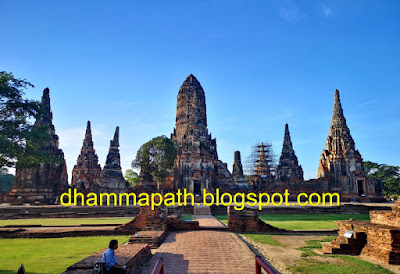 One of Ayutthaya’s most impressive temples, the Khmer style Wat Chaiwatthanaram is a Royal temple that was used to by the King and other members of the Royal family in past. 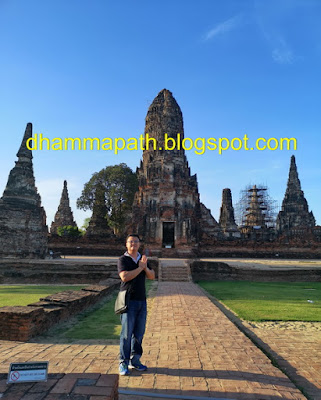 Photo taken at front side entrance to Wat Chaiwatthanaram. 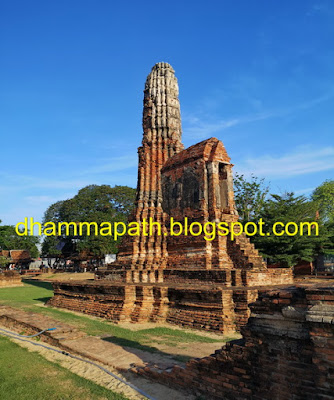 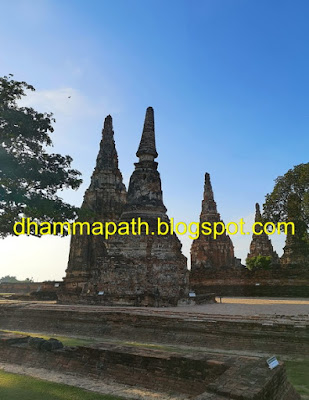 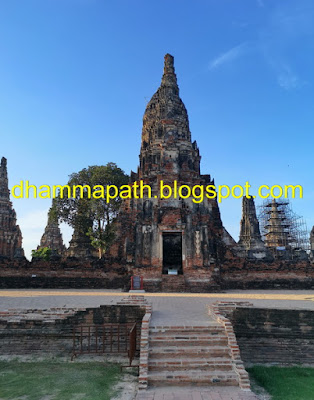 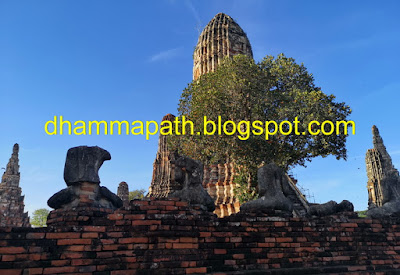 The whole temple of Wat Chaiwatthanaram structure reflects the Buddhist world view, as it is described already in the Traiphum Phra Ruang, the "three worlds of the King Ruang", of the 14th century: The big "Prang Prathan" that stands in the centre symbolizes the mountain Meru (Khao Phra Sumen), which consists the central axis of the traditional world (Kamaphum). Around it lie the four continents (the four small Prangs) that swim in the four directions in the world sea. On one of the continents, the Chomphutawip, the humans live. The rectangular passage is the outer border of the world, the "Iron Mountains". 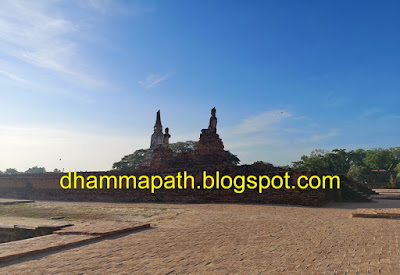 The center with Phra Buddha statues facing the dawn. 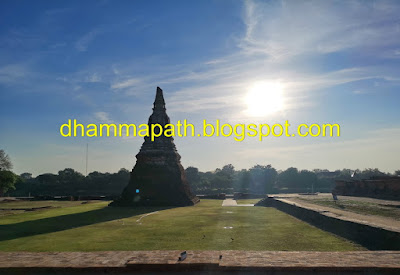 The early dawn of Wat Chaiwatthanaram. 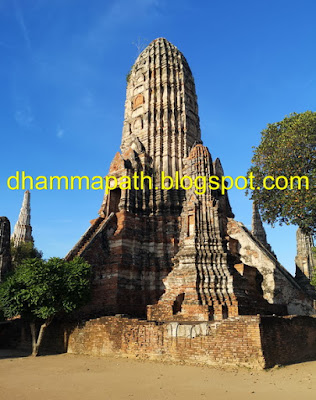 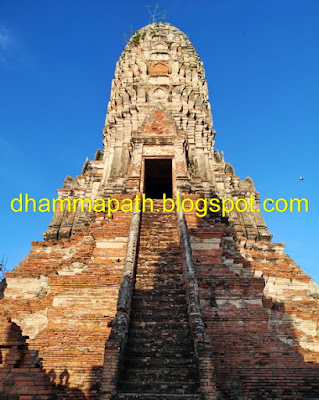 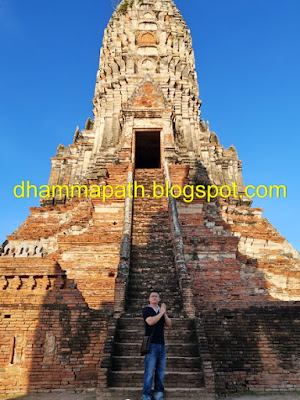 Photo taken with main Prang Chedi at Wat Chaiwatthanaram. Wat Chaiwatthanaram was constructed in 1630 by King Prasat Thong. It was one of the grandest monuments of the Ayutthaya Kingdom. The King built the temple as a means to gain Buddhist merit and as a memorial to his mother. Her ashes are enshrined in two square chedis flanking the ubosot on the East side of the temple. As canon balls and canons were dug up during excavations, historians believe the temple may have been used as a fortress during the last war with Burma. The monastery was looted and largely destroyed by the Burmese armies in 1767 after which it was deserted. During the late 1980’s and early 1990’s Wat Chaiwatthanaram was restored by the Fine Arts Department. 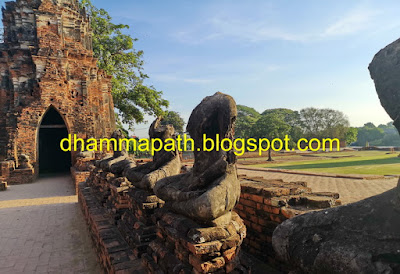 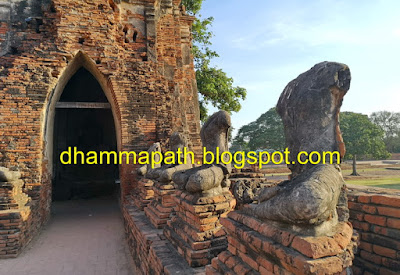 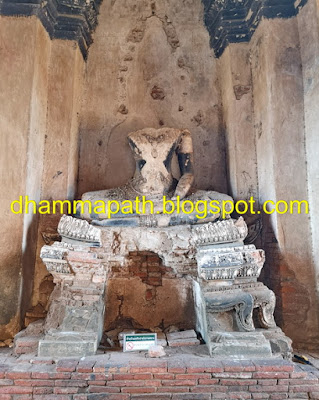 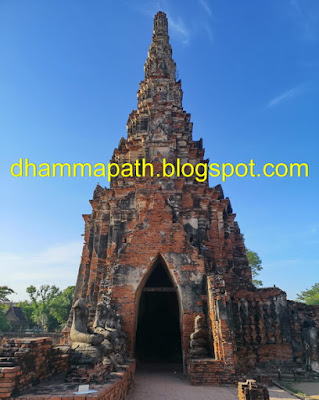 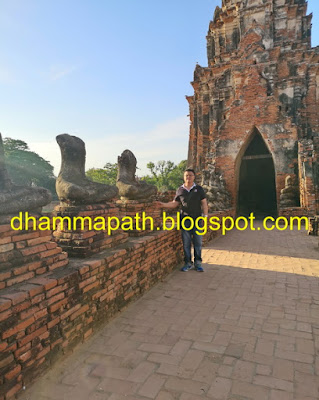 The another side of walkway and headless statues. 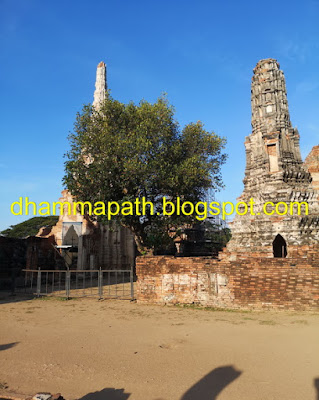 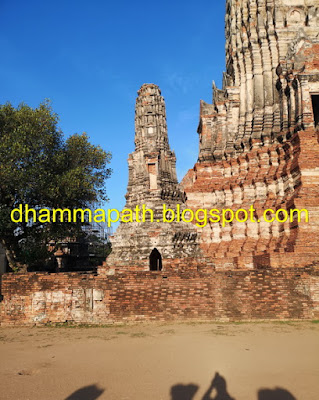 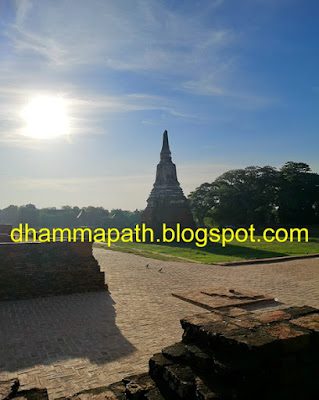 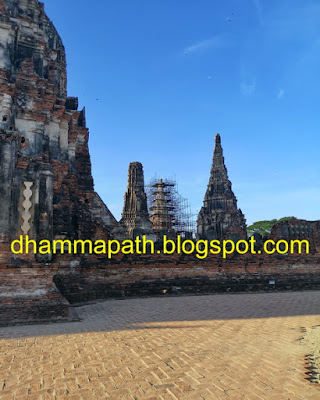 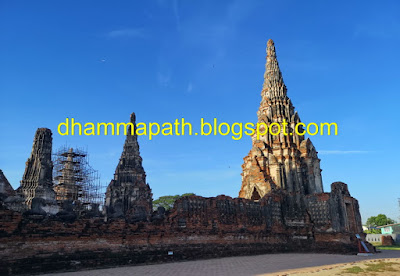 The on going restoration and maintain works at Wat Chaiwatthanaram.
.
See more Thai Amulets at:
http://www.thaiamulets-dhammapath.blogspot.com/
Posted by Kenneth Phoon at 8:27 AM