Wat ChongKae was built around the year 1915 (BE2458) after LP Phrom had hiked at Ban Chong Kae while meditating in the cave, he suddenly gained wisdom. He built a temple and offered it as a property of Buddhism. At present, the followers has brought a body that is not perishable of Luang Phor Phrom for the one who believers to worship at the temple. 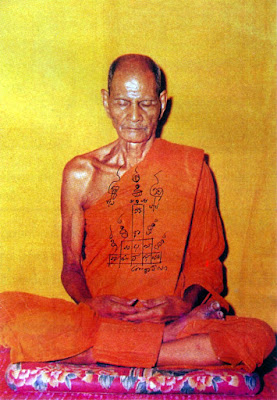 Luang Phor Phrom Tawaro was born on Thursday, April 2nd BE2426 (1883) in Baan Prak District, Maharaja, a Subdivision of Ayutthaya province. Son of Mr. and Mrs. Kosalang, he had two sisters (Ms. Loy and Ms. Chab) and one brother (Mr. Plew). During his childhood, he was educated by Buddhist priests from the temple neighboring his home. After becoming sufficiently literate with the Thai language, he mastered the Khmer Language before officially being ordained as a Buddhist monk at Wat Kean Lai, Ayutthaya province. Anointed with the name of "Tawaro," he was in the ordaining ceremony under the authority of Luang Phor Thomya, his mentor. In a short time, he became an advanced practioner of Buddhist meditation, leading to an enlightened and tranquil mind, called "Vipasana Karmatana" in Thai. His disciples said that for many years, Luang Phor Phrom learned and chanted a Pali verse from the text of a sermon and incantation by Ajahn Puang, Luang Phor Dam, and Ajahn Pu Worn. After Ajahn Pu Worn died, his period of studying supernatural subjects was over. He therefore took to the road as a wondering monk (Tudong) for spiritual advancement. He went deep into the forests, and exchanged knowledge on magic and the supernatural with mentors who were both young and old. Many of you must be wondering who Luang Phor Phrom's masters were. Ajahn Puang directly obtained all his knowledge under the monastic coaching of King Taksin's and King Rama's master. Ajahn Pu Worn was educated by Luang Pu Nin from Wat Keawpasak in the Province of Phechaboon, Luang Pu Sang from Wat Manicholakan in the province of Lopburi, and Ajahn Peng. One of those three instructors was the most important mentor of Phra Putthacharn Toh, Somdej Wat Rakhang. 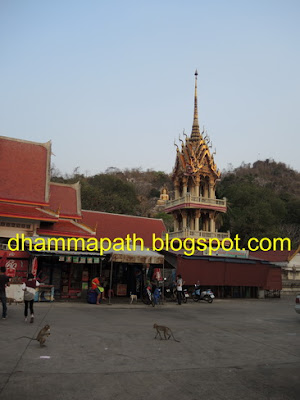 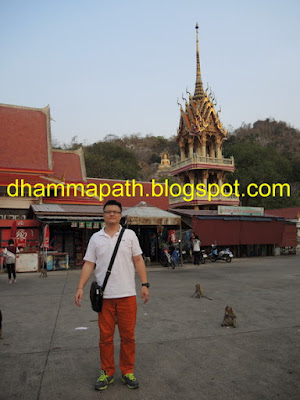 Me and photo taken at center area of Wat ChongKae, with Bell Tower at behind. 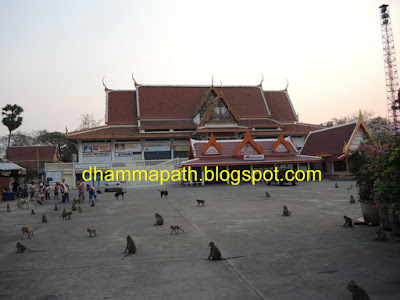 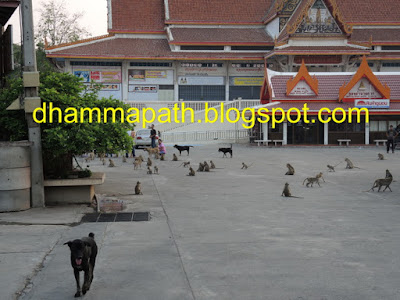 The big Hall building of Wat ChongKae with many Monkeys and dogs. 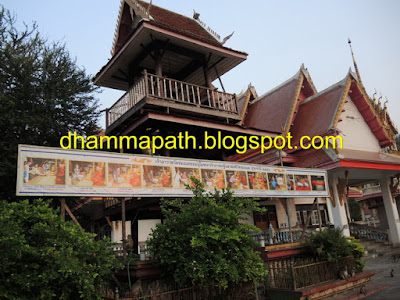 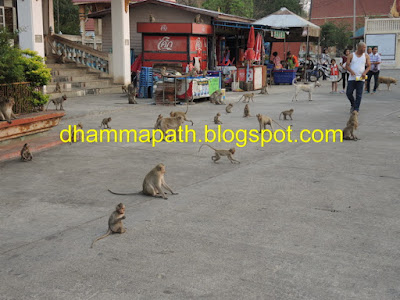 The local people feeding the monkeys. These monkeys are a common sight at Wat ChongKae because of the hill Ban Chong Kae located at side the temple. 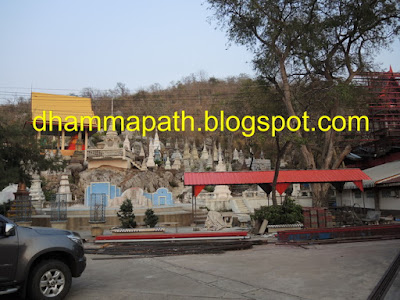 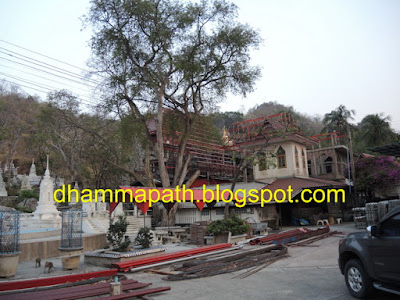 The graveyard is a place where the remains of dead people are buried at temple Wat ChongKae. 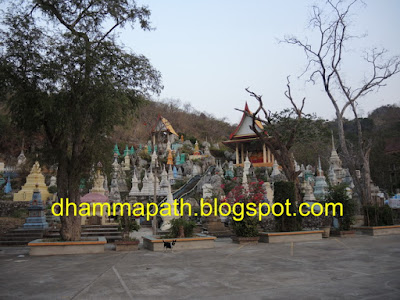 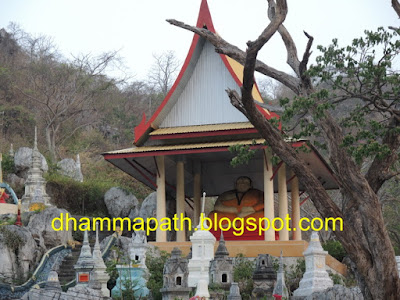 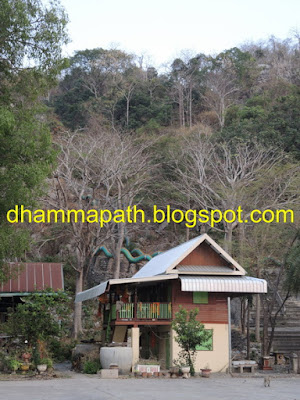 The kuti of temple and stairway to the hilltop. 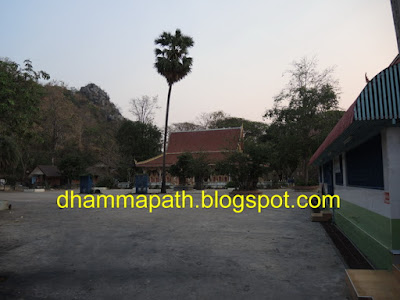 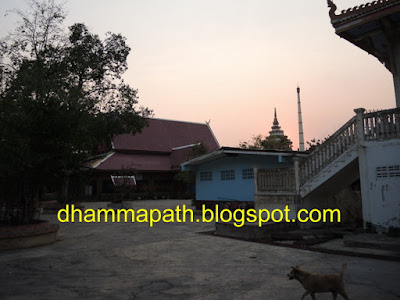 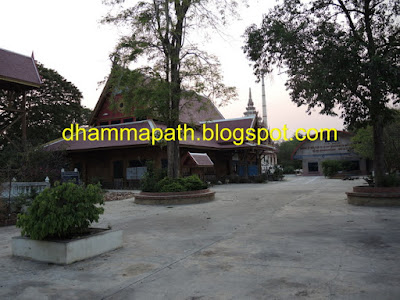 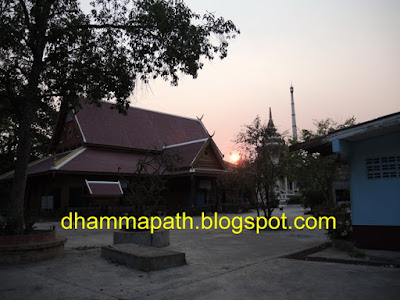 The crematorium of Wat Chong Kae. 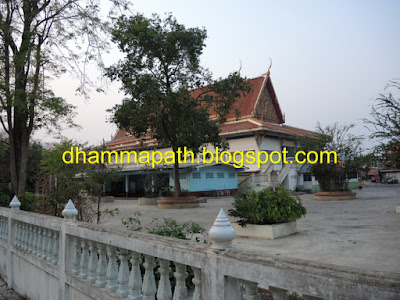 The back side view of the Hall building. 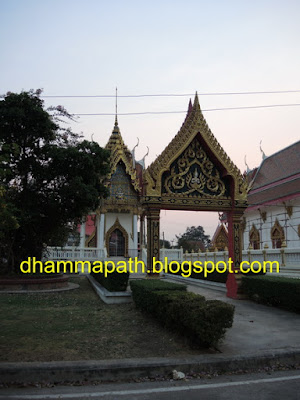 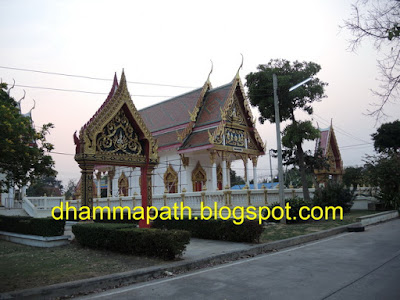 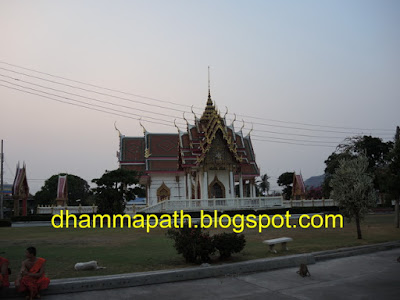