Wat Phakho is the temple where LP Thuad resided during his youth, before he travelled to Ayutthaya to further his Dhamma studies. Now the temple has many of important archaeological site, including Reclining Buddha, Pagoda, Footprint of the Buddha, A replica and Monument of King Ram Raj Muni Sa Me Rarm. 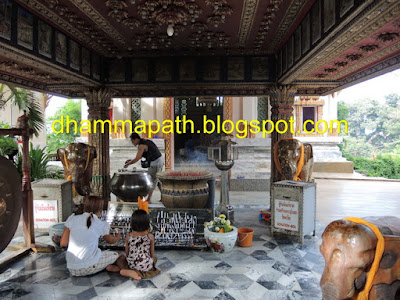 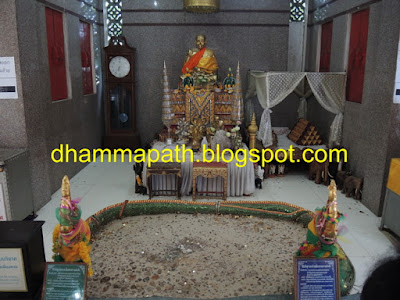 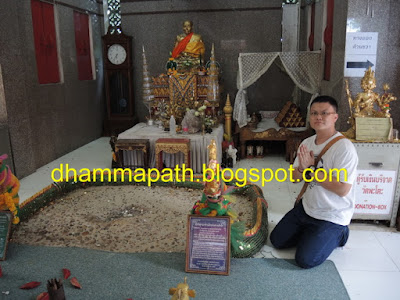 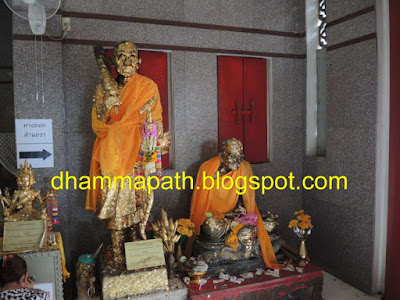 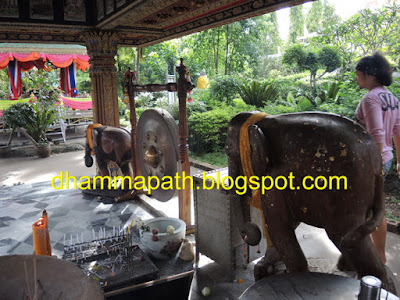 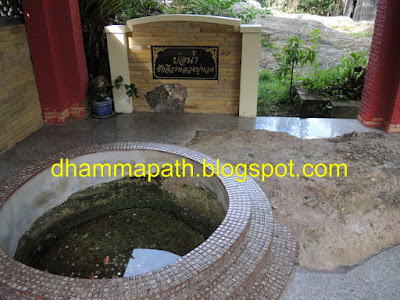 The inside view of statues LP Thuad and outside view with Gong and Elephant statues and sacred well. 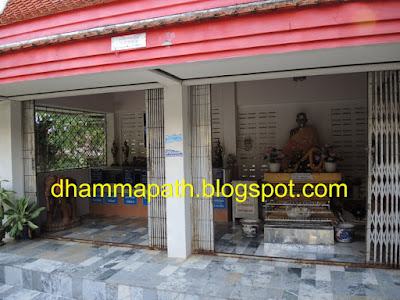 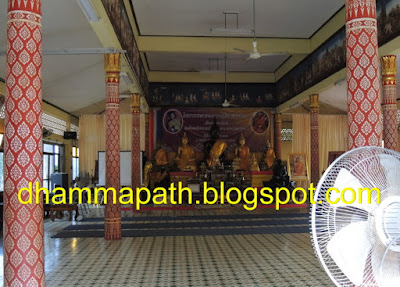 The another small Shrine and Wiharn altar at Wat PhaKho. 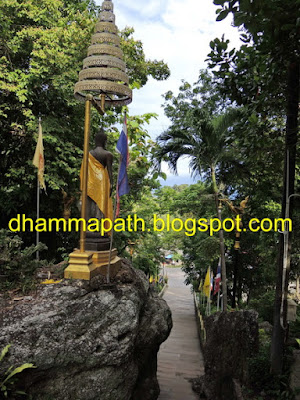 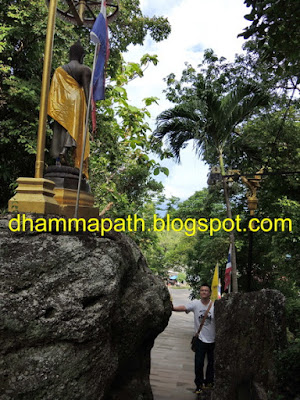 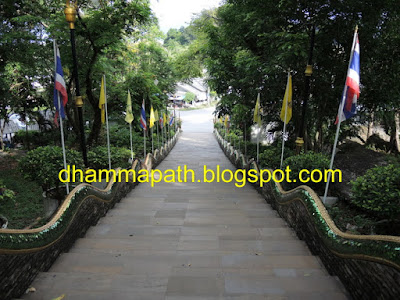 Wat PhaKho built on the Phiphetasing Hill with long stairway and therefore we need to climb up the hill to reach it. This long stairway of steps are flanked by Nagas till to the top. 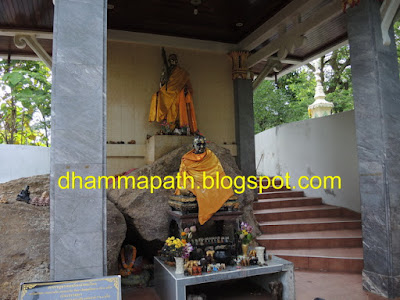 Near the stairway located this small Shrine of LP Thuad. 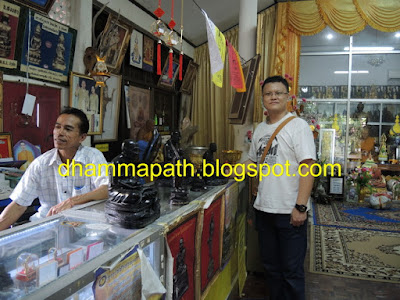 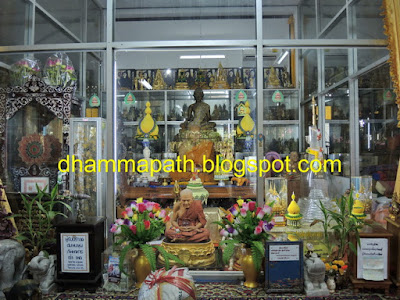 According to legend, when Luang Phor Thuad was a baby hanged in the cradle between two shady trees near the paddy field, he was nearly attacked by a large snake curled around him. After a while, the snake spit out a crystal ball of manifold colours on the baby’s chest and slithered away, everyone's surprise he was remained unharmed. 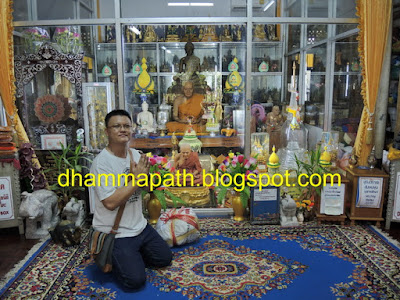 Photo taken with main altar of LP Thuad with many of his holy items inside. 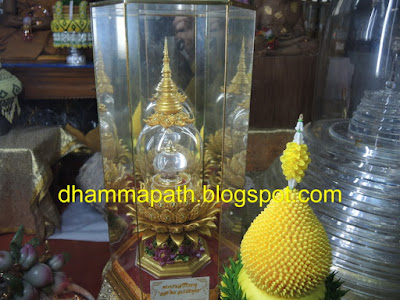 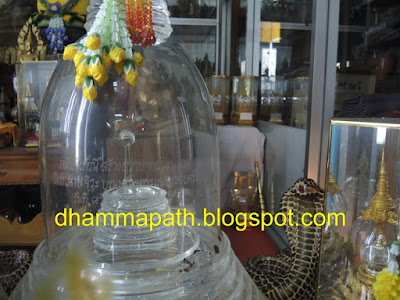 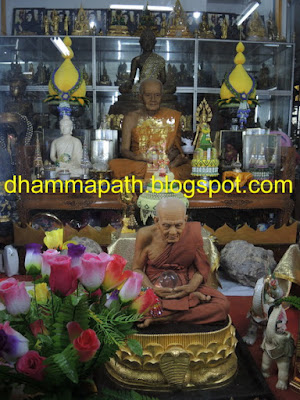 The Wax statue of LP Thuad and the sacred crystal ball belong to LP Thuad. 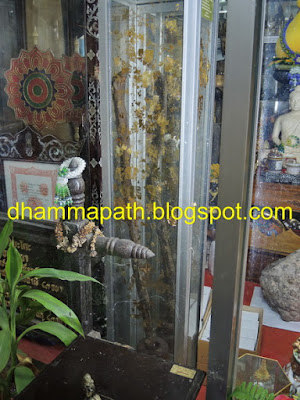 The sacred wand of LP Thuad. 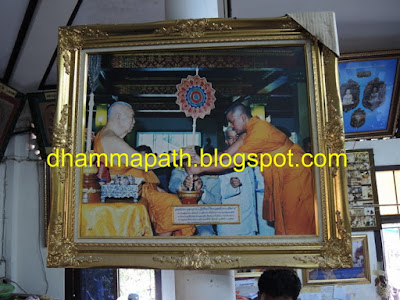