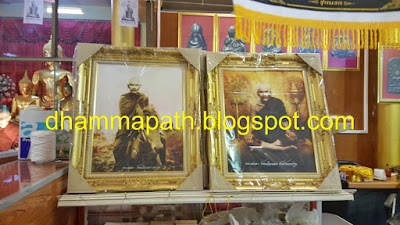 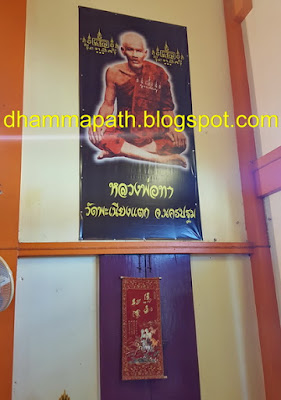 The photos of “The Legend of Invulnerability” LP Tah ~ a former abbot of Wat PhaNiangTek, Nakhon Pathom province was one of the famous old-time monk in Thailand history. He was contemporary with LP Ngern of Wat BangKlan, Phichit province. When being alive, LP Tah was always invited to joined important ceremony blessing for Phra Kring Pawaret and Royal Blessing Phra Kring SuanTow in reign of King Rama 5. Having most glory during BE2400-2459. 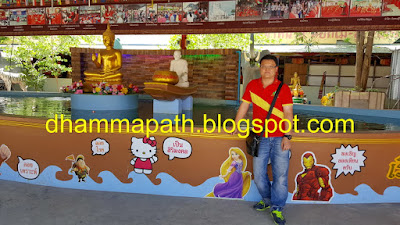 The cartoon image of ship pond and Venerated Phra Buddha at center. 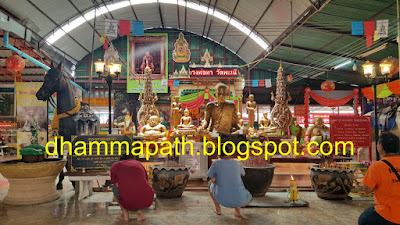 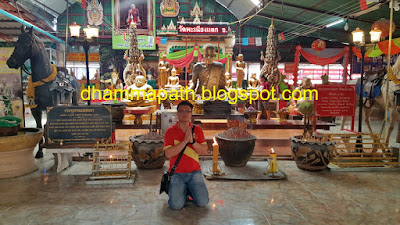 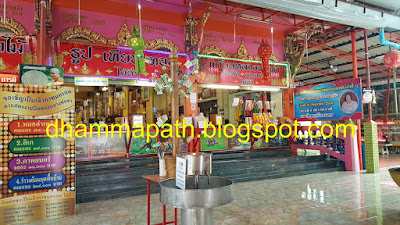 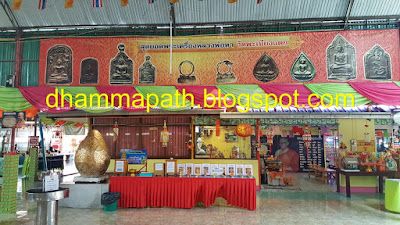 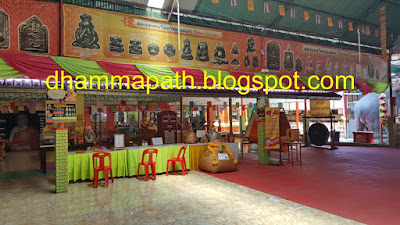 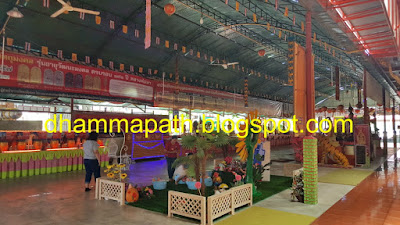 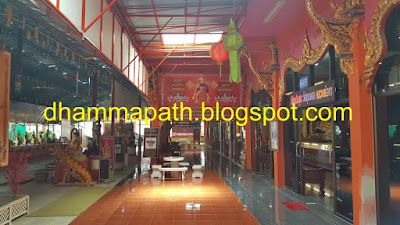 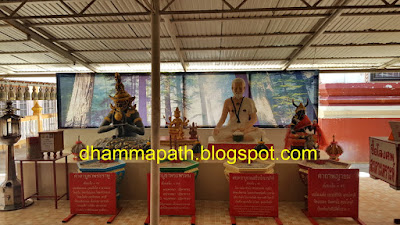 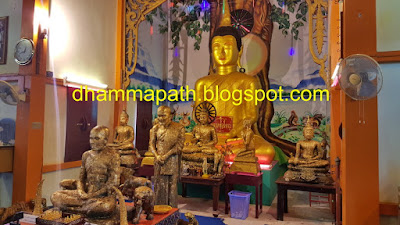 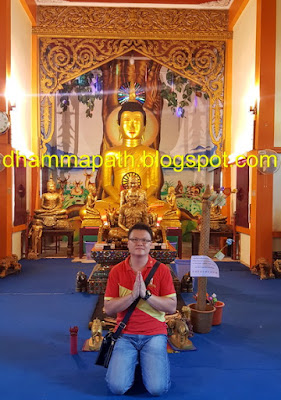 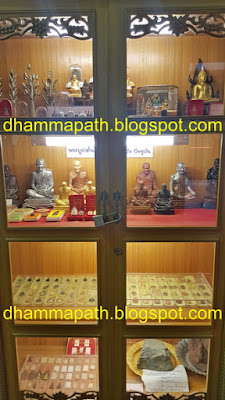 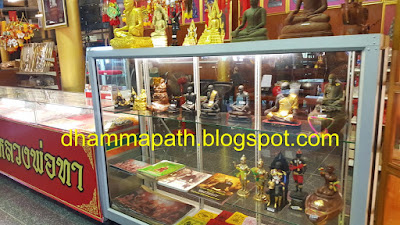 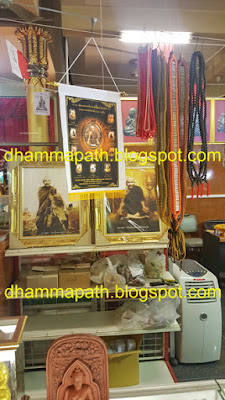 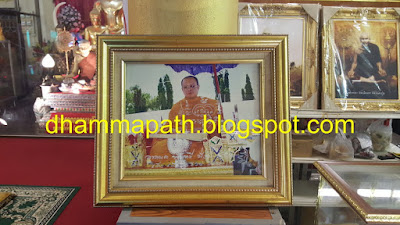 Variety Holy items and photo of LP Tah and LP ThongKam (bottom image). LP ThongKam was not around temple during my visited for attended blessing ceremony at other temple. 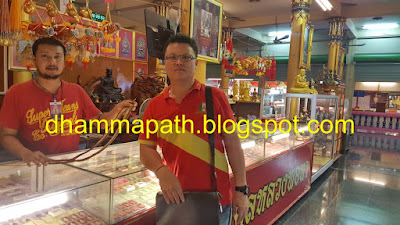 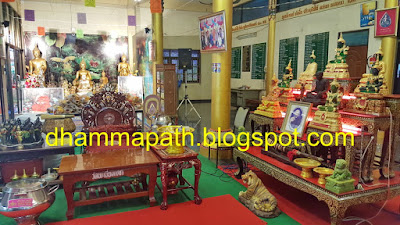 Another small altar inside the prayer hall. 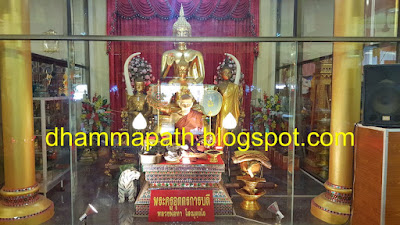 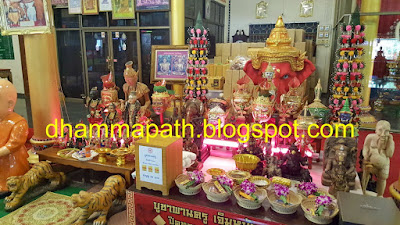 The sacred mask of Lersi, deity and others. 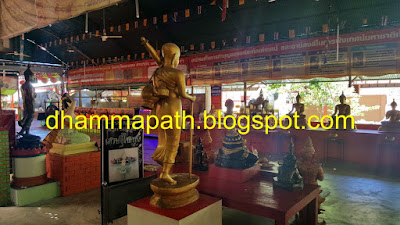