These photos is recall back year BE2556 when visited again to Wat Sam Ngam (when LP Yeam was still alive and healthy - "LP Yeam passed away peacefully in year BE2560 Aug 27th"). In part 1 we will see more photos for temple surrounding and part 2 for small 'Museum' of Wat Sam Ngam. 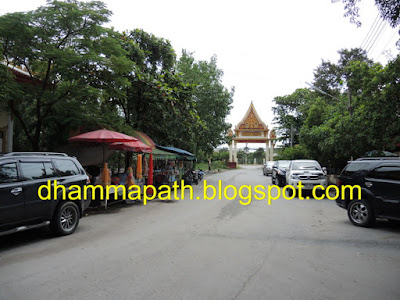 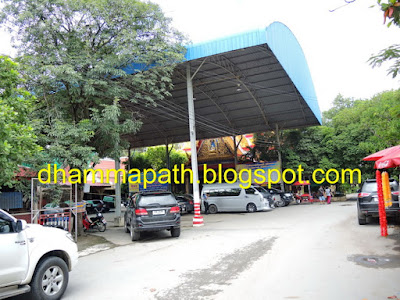 The main Wiharn hall building of Wat Sam Ngam, where we can meet LP Yeam and obtain GumanThong here. 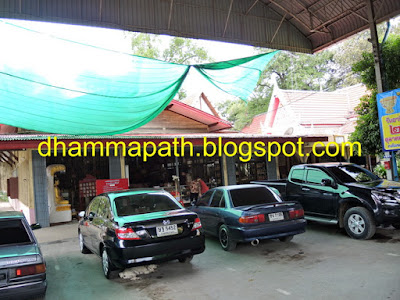 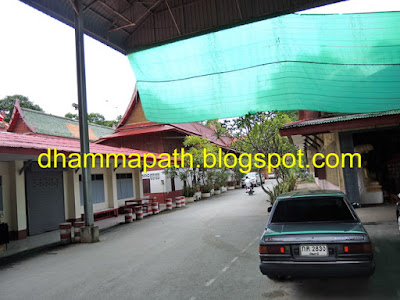 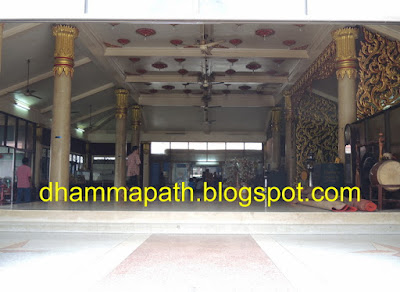 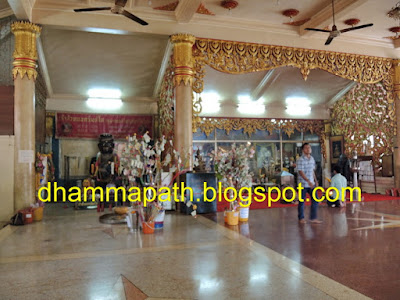 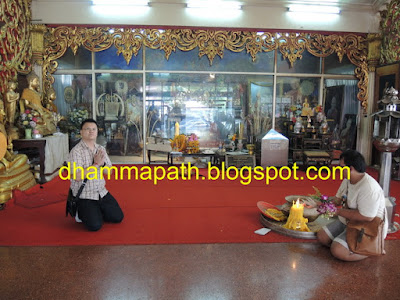 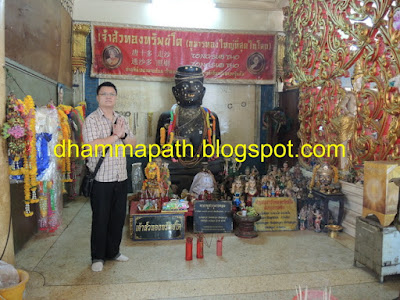 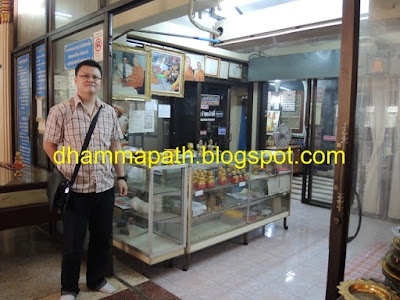 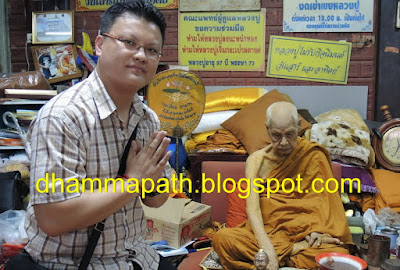 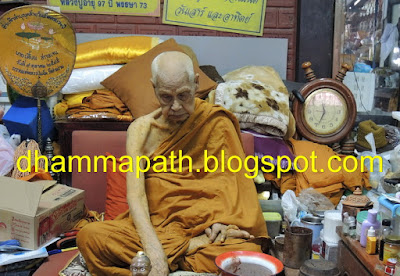 LP Yeam of Wat Sam Ngam - Nakhon Pathom province. He was born in year BE2458 and passed away in year BE2560 at age 102 years old. LP Yeam was ordained at the age of 23 and has been studied the art of making efficacious GumanThong wicha from LP Tae (Wat Sam Ngam). LP Yeam is only one who succeeds in making the GumanThong from LP Tae. 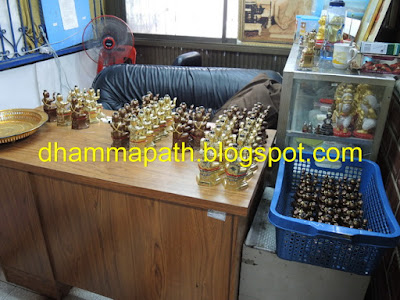 The new batch GumanThong (that year is BE2556) from Wat Sam Ngam - LP Yeam. 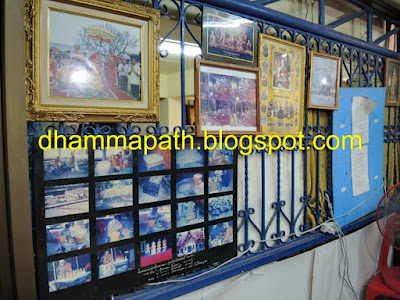 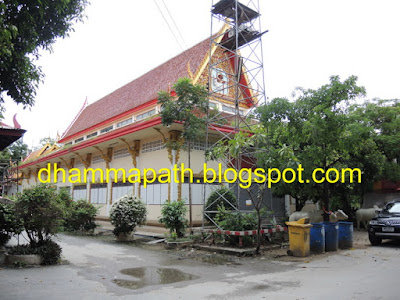 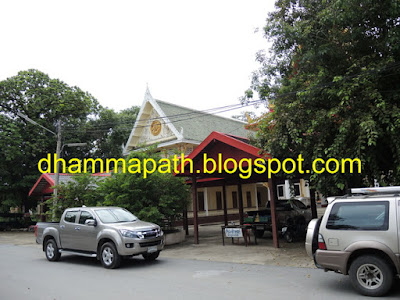 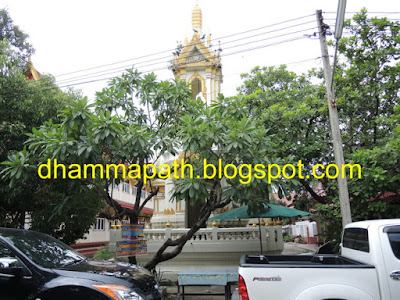 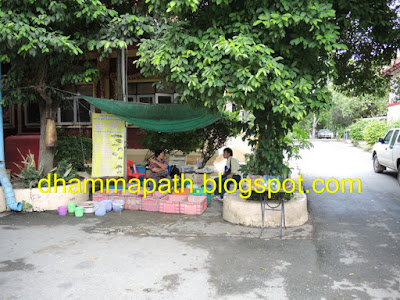 The stall for selling fishes. 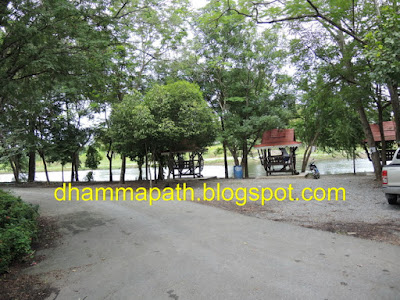 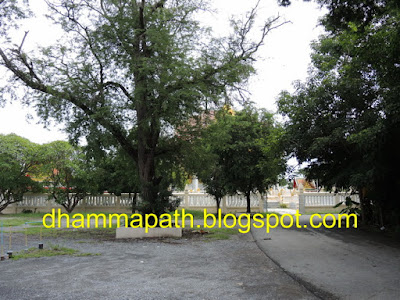 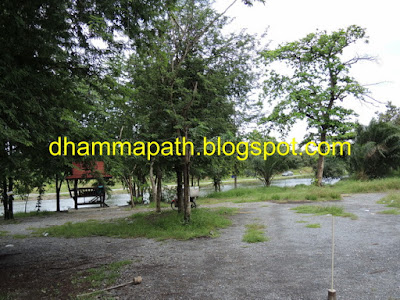 The back side Wat Sam Ngam with river and graveyard. 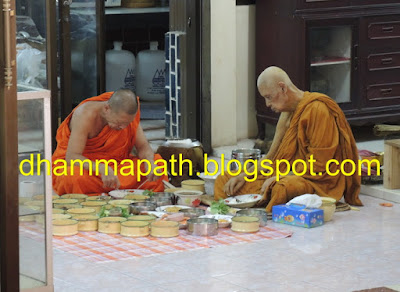 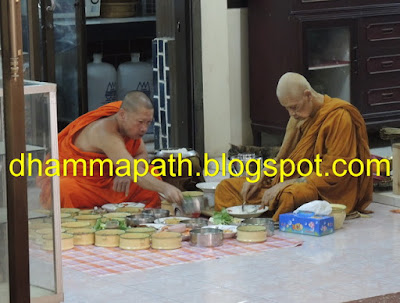 LP Yeam having lunch at noon time with his disciple. Monks only having one time meal for whole day. 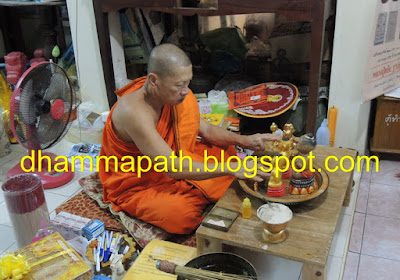 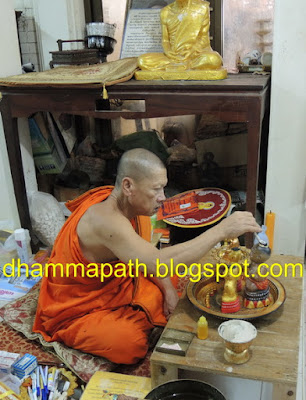