This revisited post, we shared more photos for sacred Garden of Wat Bang Phra. This sacred garden is located near the compound area for 'Wai Kru' Tattoo festival at Wat Bang Phra. 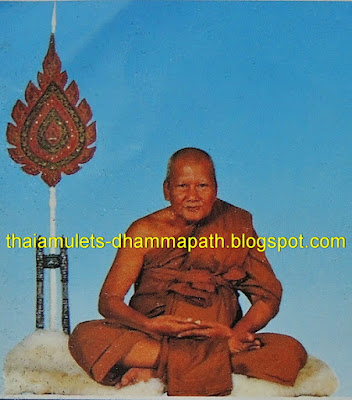 LP Pern Tithakuno was one of the eight childern of his parents Fok & Yuang (father & mother) and moved to Suphanburi province. Thus his teenage, LP Pern would become a student of LP Daeng of Wat TongKork by taught LP Pern many Wicha and how to apply them. LP Daeng was a direct disciple of Luang Por Nong who practiced Kammathan. After a few years of training during his teenage years under LP Daeng’s guidance, he would eventually move back to Nakhon Pathom where he would join the army in his early twenties. When he was in the army LP Pern met LP Him Intachotoh, the abbot of Wat Bang Phra at that time. LP Him taught LP Pern about sakyant that had been passed on from generation to generation. As soon as LP Pern’s military duties and service had expired he decided to ordain as Buddhist monk and pick up the study he learnt from LP Him. His ordination would take place on 23 May in BE2491 at Wat Bang Phra, and LP Him would be LP Pern’s ordination instructor. LP Him’s health slowly decreased and LP Pern would look after his teacher’s condition. When LP Him eventually had passed away LP Pern decided to leave Wat Bang Phra in order to find a new teacher and to be able to practice tudong in the forest. Soon he would meet LP Opasi of Wat Rungsri and asked him to become his teacher. LP Opasi agreed to his request and so it happened that LP Pern would receive further instructions in the Dhamma from LP Opasi for a period of one year. LP Pern also went to Kanchanaburi and from there he travelled through the Tranaosri mountain across the Thai-Burmese border. After two more years of forest wandering his next stop would be at Wat Koak Kema in Nakhon Pathom. It was in this temple where LP Pern’s first batch of amulets BE2509 (such as Phra Somdej, Phra Sangkachai and several Rian) were made. 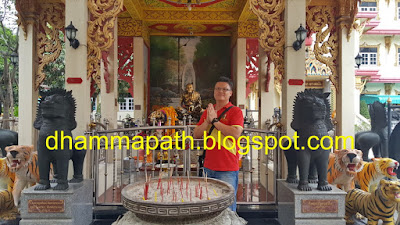 LP Pern soon would become well-known, not only for his amulets, but more specifically for his sakyant. Later, LP Pern received a royal monastic entitlement from the King, and became abbot of Wat Bang Phra only a few years after that. From that time on many people went to visit Wat Bang Phra in order to receive sakyant from LP Pern that led to a further increase of active practice of the ancient tradition into the newer generation. LP Pern passed away on 30 June in BE 2545 at the age of 79. Nowadays Wat Bang Phra has even become known internationally with thousands of disciples from all over the world. 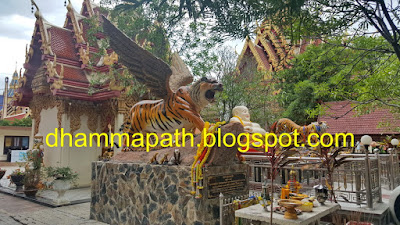 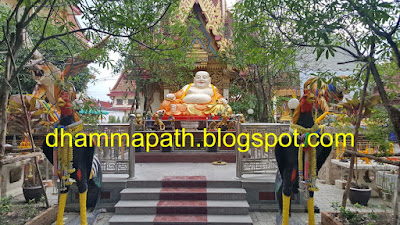 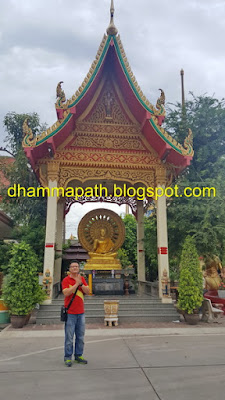 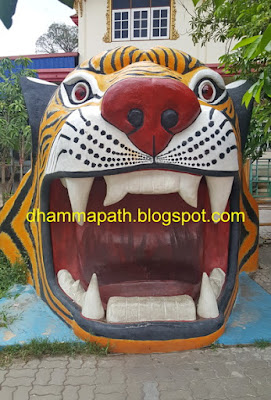 The big statue of Tiger Head. 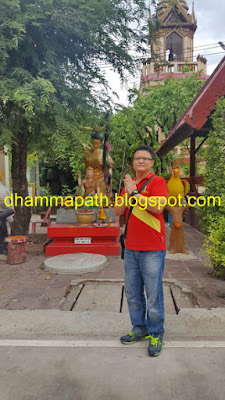 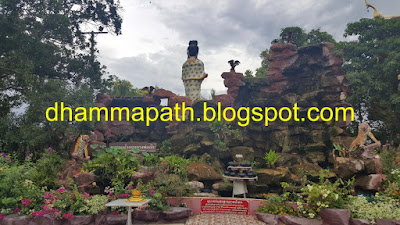 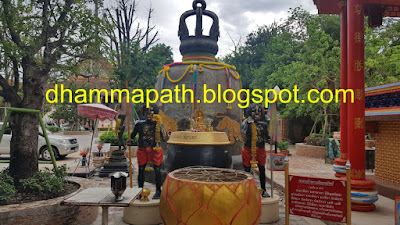 The big Bell Rakhang in the garden. 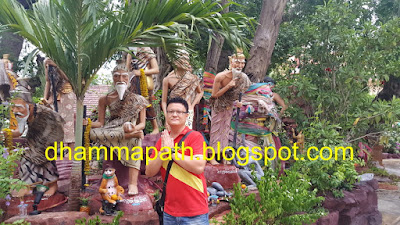 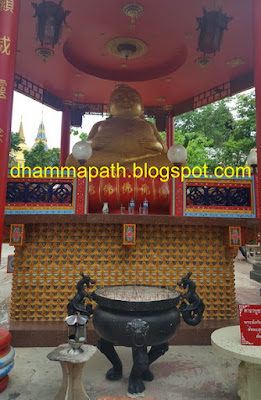 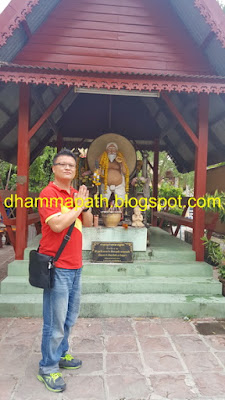 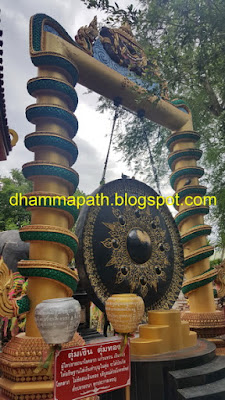 The gong with Rahu at top. 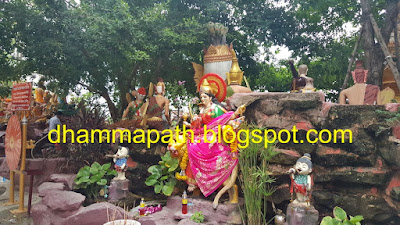 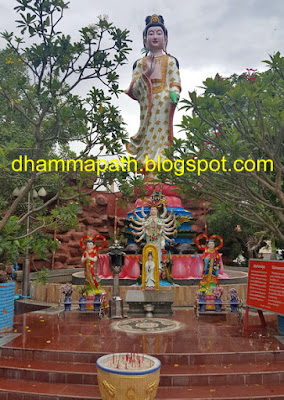 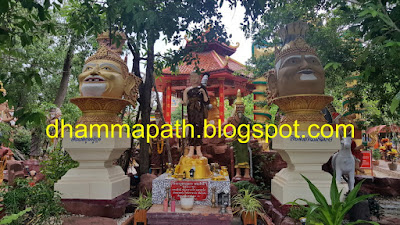 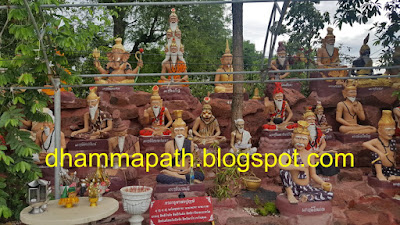 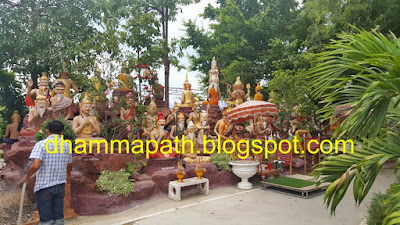 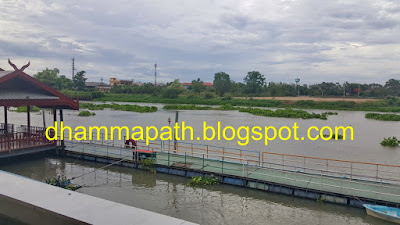 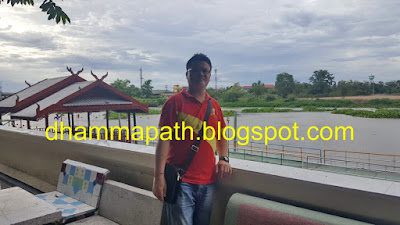