The "Wat Banden temple" is an amazingly attractive and unusual Thai Temple in Chiang Mai province. The complex temple Wat Banden is contains a large number of structures including an ordination hall, a viharn, a meditation hall, the kuti or monks living quarters, a drum hall and several other buildings and all with "blue roof tile". In Part 1, we will sharing the front side of the Grand Blue Temple ~ Wat Banden. 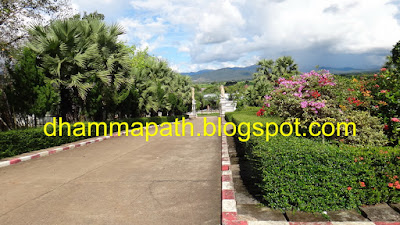 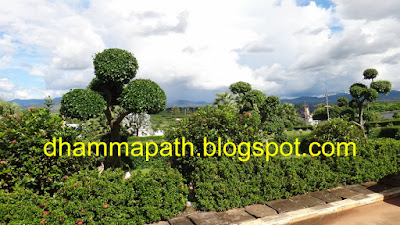 The main entrance of Wat Banden and big Garden in front the temple. 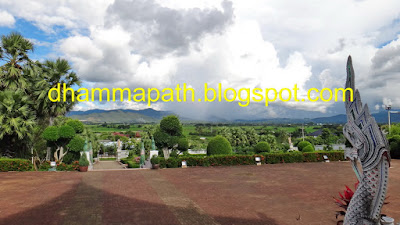 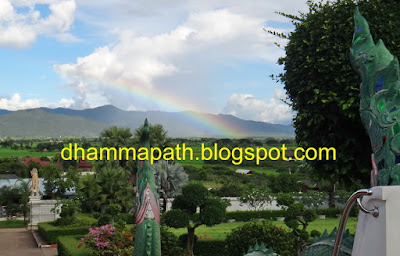 The temple stands prominently on top of a small hill and can be easily seen afar. The beautiful Rainbow is see during my visit under the small hill. 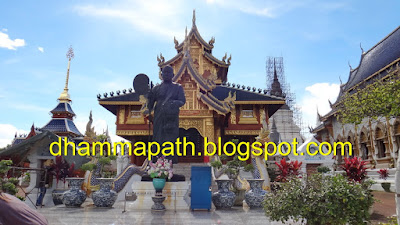 The sacred statue of Kruba Tuang standing in front the temple Wat Banden. 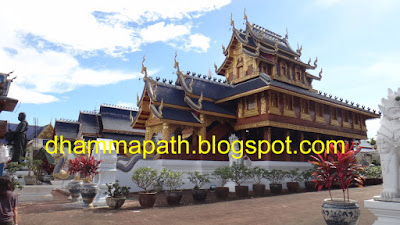 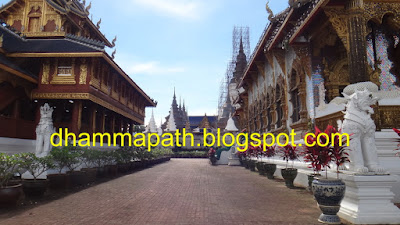 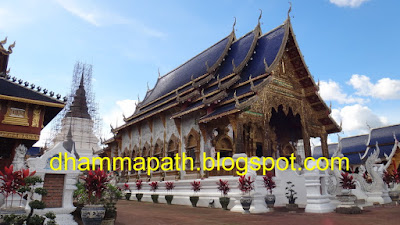 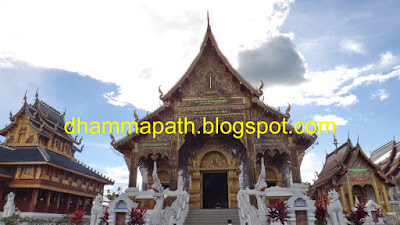 The large building Wiharn, Ubosot and Chedis of Wat Banden. Although the structures of the Wat are relatively new, they are built in traditional architectural style. 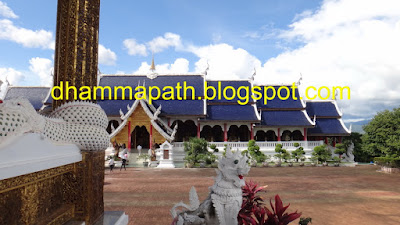 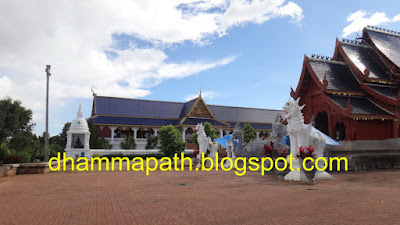 The Hall buildings at both side with Blue Roof.

The panorama view of the front side of Wat Banden. 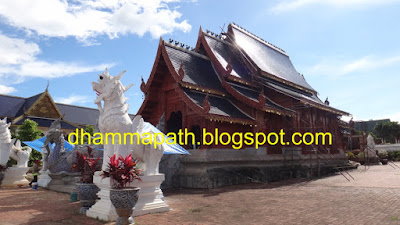 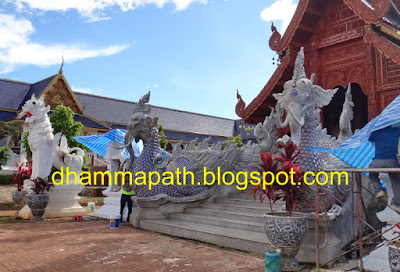 The sacred Singha and Elephant on each side of the stairs, acting as guardians. 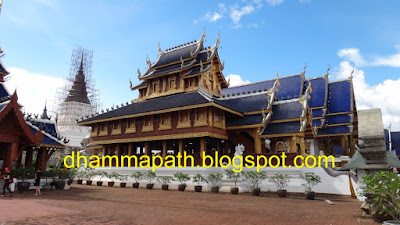 The Beautiful Wiharn with very ornately decorated all wooden structures with a blue roof and golden chofah decorating the roof ends. The other building consisting of multiple floors are set on a white concrete platform. Several buildings contain detailed wood carvings in traditional style showing various animals and mythological creatures. 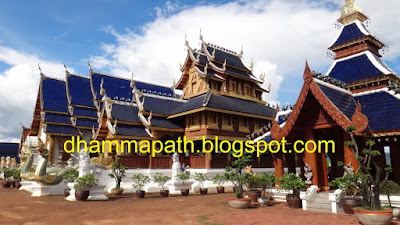 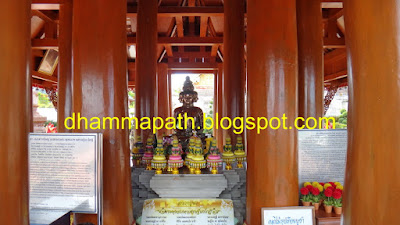 The sacred and beautiful Nawakot 9 Faces Buddha statue venerated in the mondop. 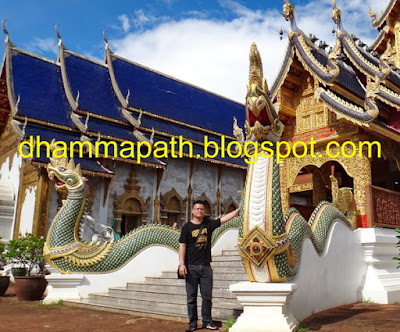 The photo taken with large mythical Naga serpents on each side of the stairs, acting as guardians. 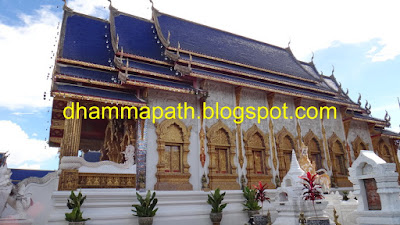 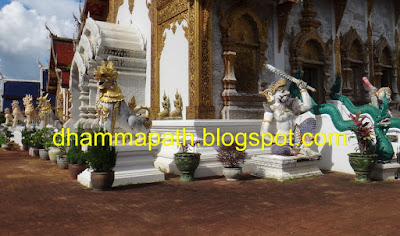 Another small Wiharn building of Wat Banden with all over the temple grounds are large white lion figures called Singha in Thai. 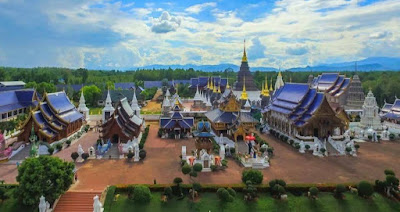