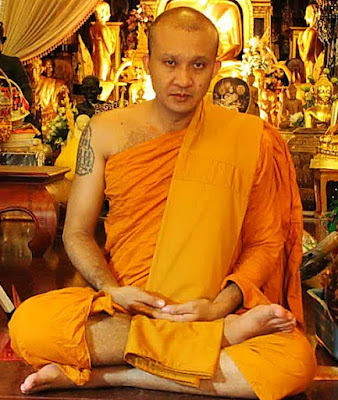 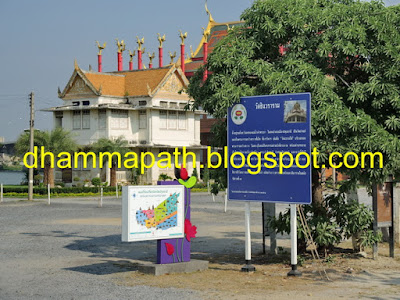 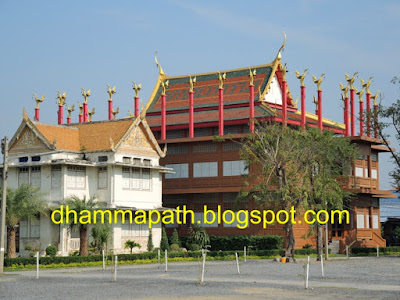 Chapel of Wat Chinwararam Voraviharn is the Thai building with masonry decorated by carved apex of the gable and the lower ridges of the slope edge of gable as well as decoration in swan tail shape in front of the gable included carved windowpanes in 5 Royal emblems, 'the first emblem is year of the goat in Chinese zodiac which mean the birth year, the second emblem is ChorSor Cross alphabets which means initial name, the third emblem is Naga which means the former name, the fourth emblem is Poon Cross which mean mother's name and the fifth emblem is year of the Ox in Chinese zodiac which mean mother's birth year. The sacred Phra Putthachinnaworn is housed in the chapel or Luang Phor ThangKhum called by local people which is Phra Buddha image in Sukhothai period. 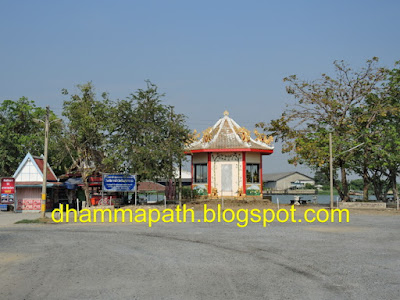 The Chinese style of Shrine. 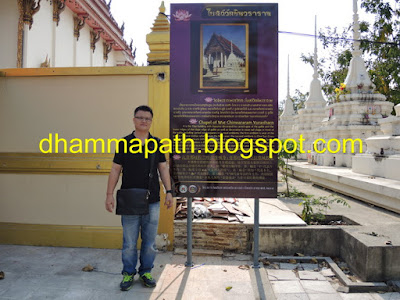 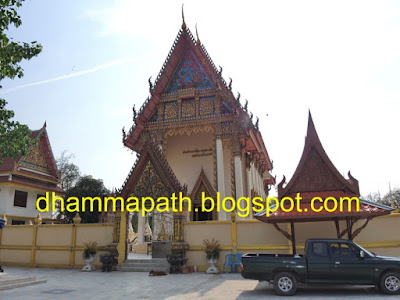 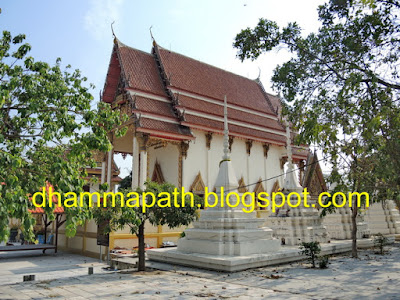 The Ubosot of Wat Chinwararam. 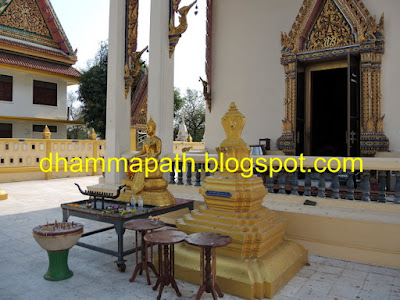 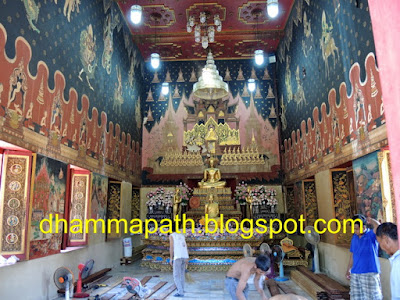 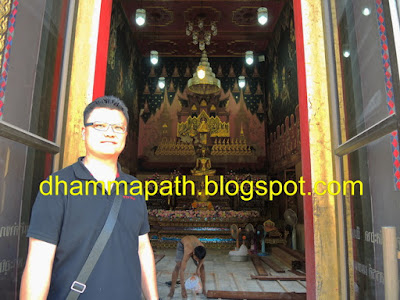 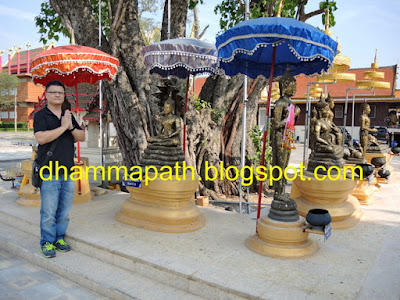 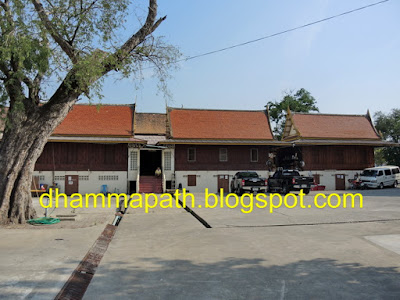 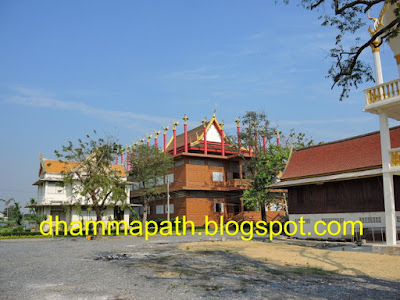 The monk Kuti building and the Wiharn at side. 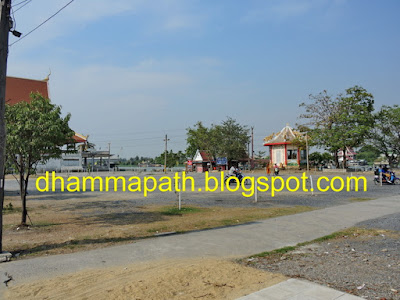 The vast surrounding and river located at side of temple. 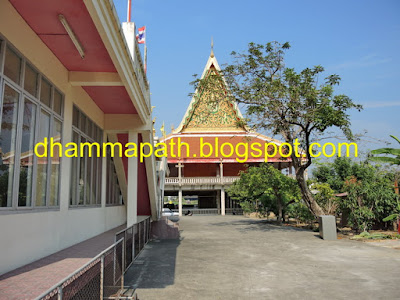 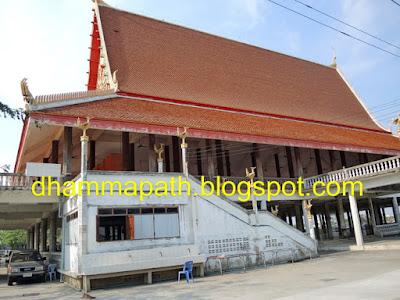 The building Hall of Wat Chinwararam. 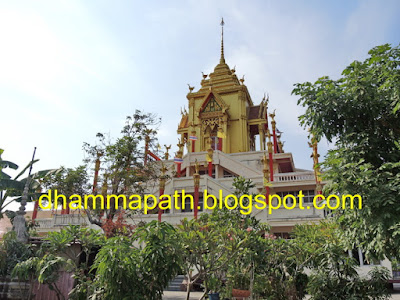 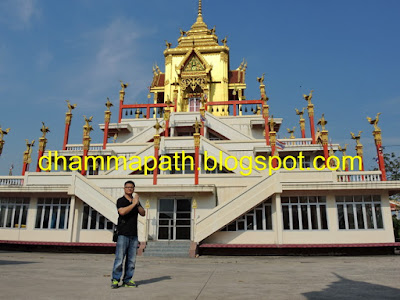 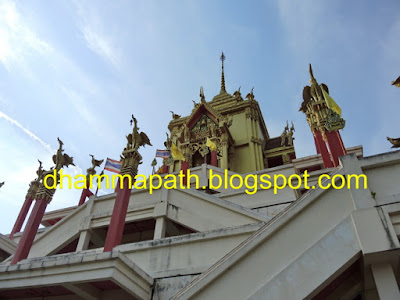 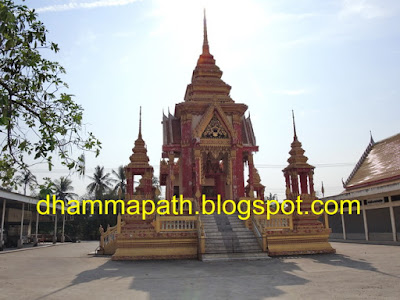 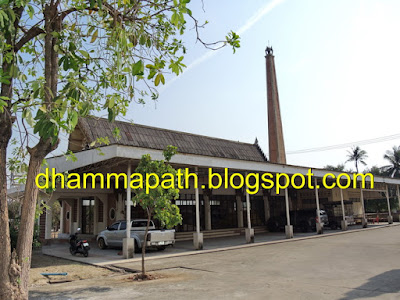 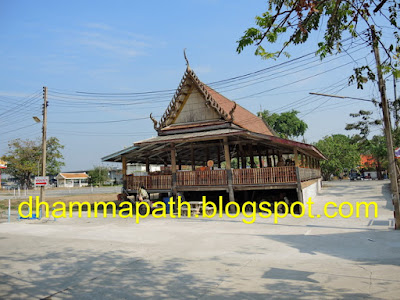