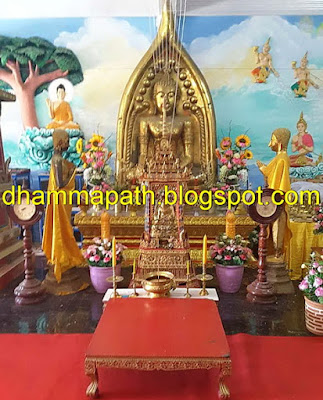 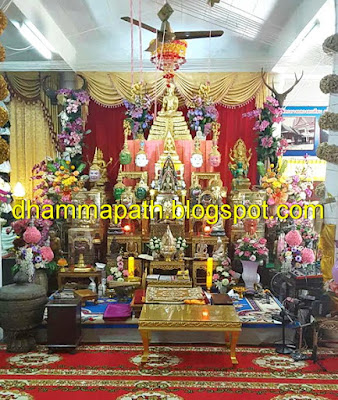 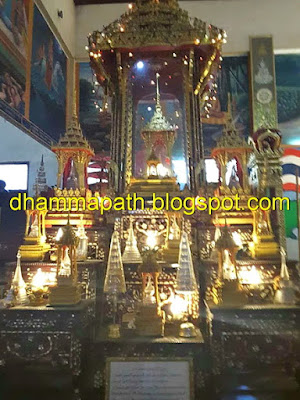 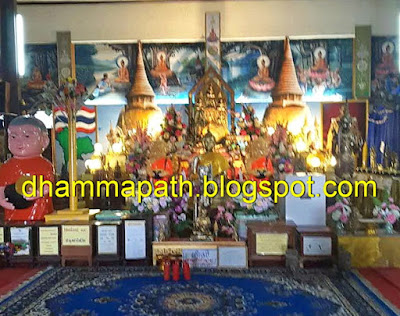 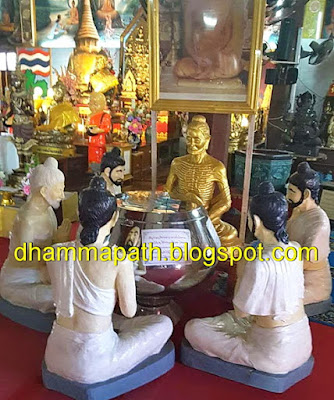 The main altar and statues of teachings of Siddhartha Gautama before he gave up his extreme life and began to eat normally again. And he decided to tackle the quest once again, and he sat himself under a Bodhi tree at a place called BodhGaya and determined not to move until he had found the answers he sought to complete fulfill Enlightenment came to him. 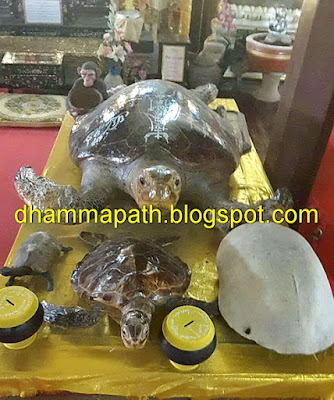 The statue of longevity turtle. 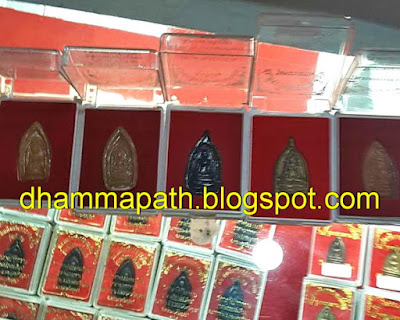