When we think of Suphanburi, we all know is an ancient town rich in natural and historical heritage. The city itself dates back to the 9th century and the province was once an important border town during the period of the Ayutthaya kingdom; consequently many battles of important wars were waged in the province. We have shared many famous temples in Suphanburi and today we will share one of the unforgettable monk - LP Mui of Wat DonRai. 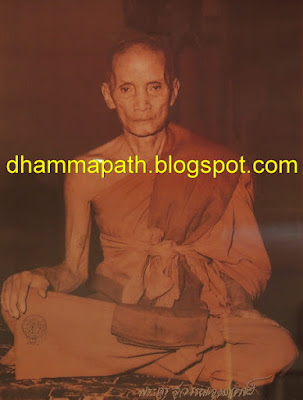 LP Mui is an unforgettable monk after passed away long time ago. He officially named is PhraKru Suwanwutacharn and was born in year BE2431 in Samchook district of SuphanBuri province, to the family of Mr. Mern Misrichai and Mrs.Sung Misrichai. LP Mui was officially ordained on March 25th BE2472 at Wat Donduparam, SuphanBuri by PhraKru Dharmasarnruksa (LP Orn) of Wat Donbuparam, LP Tuan of Wat BanKrang, Phra Arjan Kul of Wat Donbuparam. He studied sacred Wicha at many temples including Wat Nongsadao, Wat Donrai, Wat Huakhao and Wat Poobua. Eventually returning to Wat Donrai, where he remained until his death. LP Mui had joined many Grand ceremonies blessing for amulets in past and he was one of the top monk in SuphanBuri in his era. Apart from his mercy and dedication to Buddhism, Luang Phor Mui was also respected for his sacred amulets, and in particular his scared Phayant and Seuyant which are known to be powerful providing protection from many dangers. Luang Phor Mui passed away on the 15th January BE 2517. 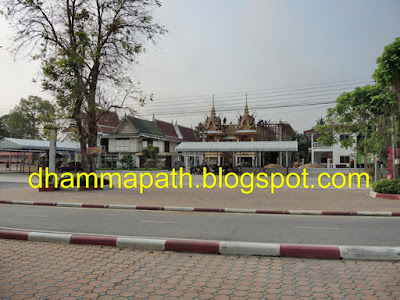 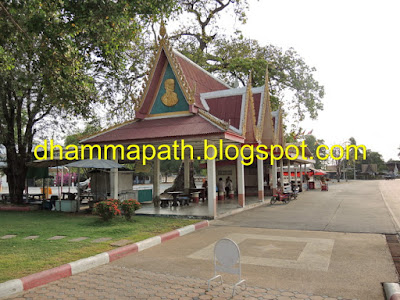 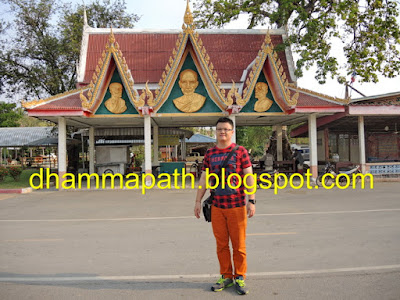 The temple shelter of Wat DonRai with LP Mui image at top. 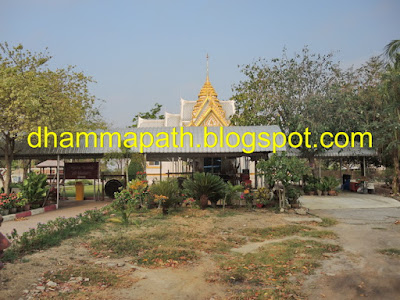 The main Wiharn where LP Mui body is kept. 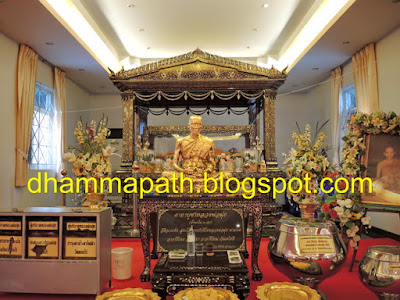 The sacred statue of LP Mui and behind is the glass coffin for LP Mui body is kept. 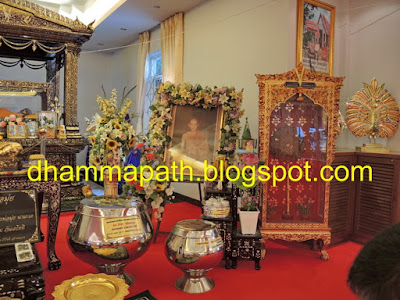 The portrait and fan title of LP Mui. 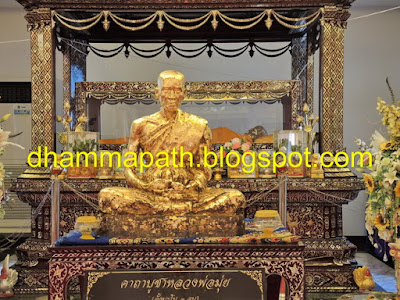 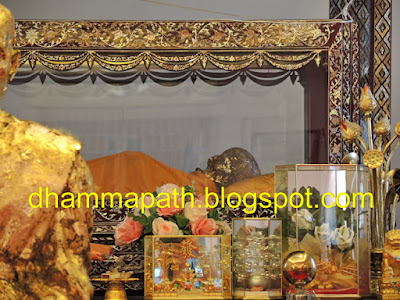 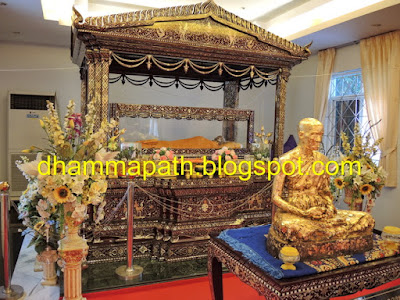 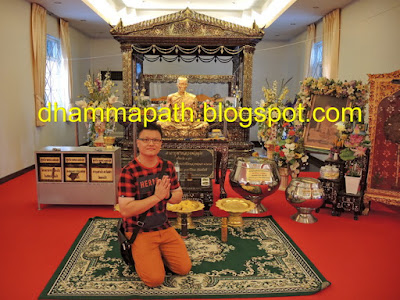 The photo taken inside the wiharn and with LP Mui image statue. 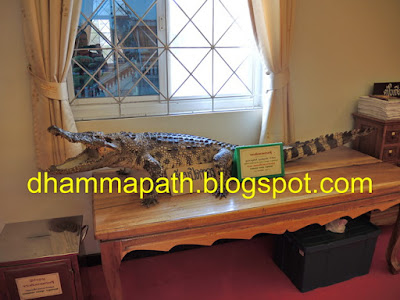 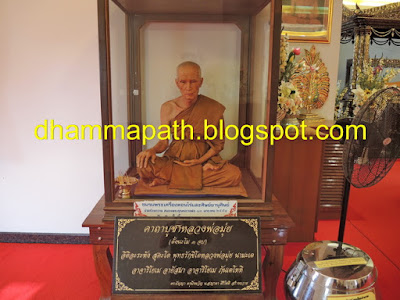 The crocodile and wax statue of LP Mui. 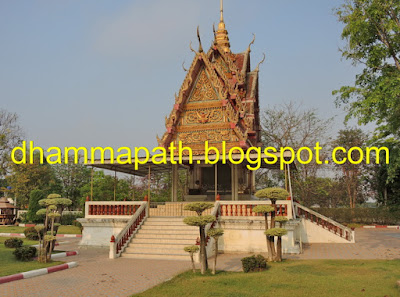 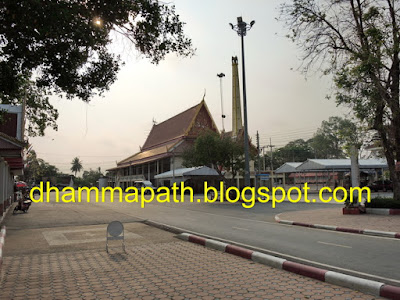 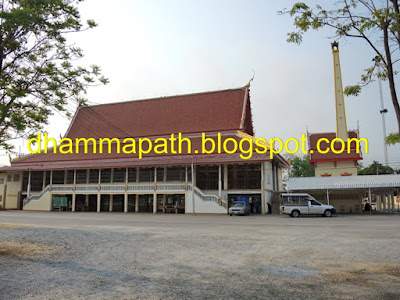 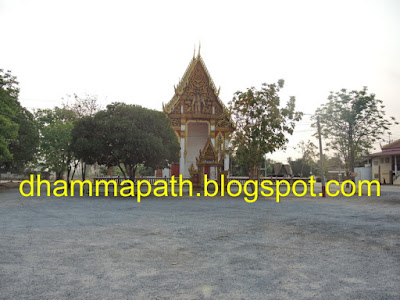 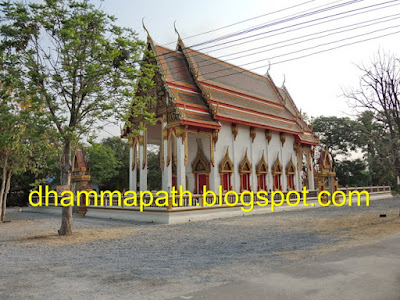 The main Ubosot of Wat Donrai. 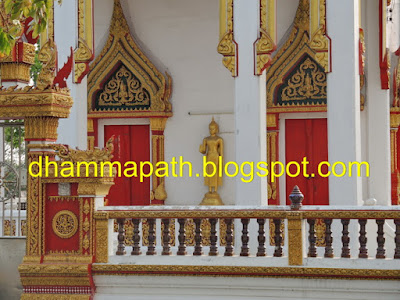 The front side of Ubosot and venerated the Phra Buddha statue. 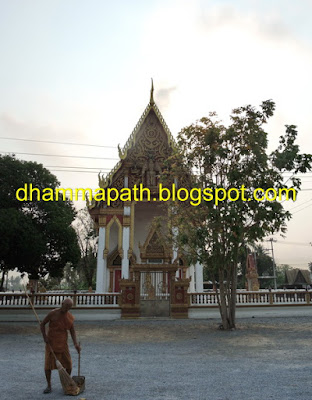 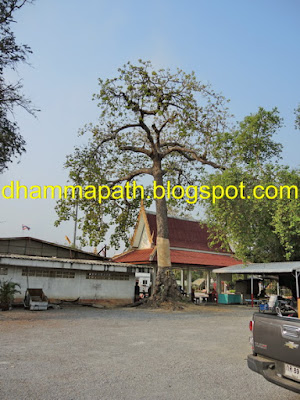 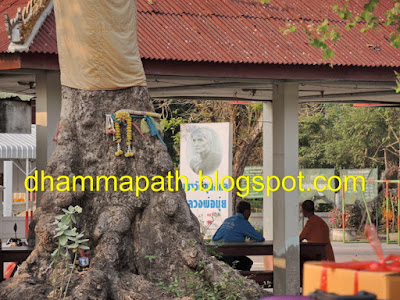