The temple Wat Prai Pattana is located in Sisaket province, is one of the northeastern provinces of Thailand. Most of the local folk capable to speak Khmer and Lao language. Far away from capital city of Bangkok, many people speak of or hear the stories of Luang Phu Suang is like listening to a fairy story, but that in fact, Luang Phu Suang really did exist.
LP Suang was the most uncommon guru monk in Thai history and nobody knew exactly where he came from and his age was a puzzle. From inquiring nearly old people, they said they saw LP Suang as an old monk when they were young. But why when they got old, they still saw LP Suang in the same look. It is believed by many people that Lp Suang is over 500 years old, for which reason ha has a nickname “Lp Suang Ha Roy Phi – Jam Wat Tua Jakrawan” (Lp Suang 500 years old). 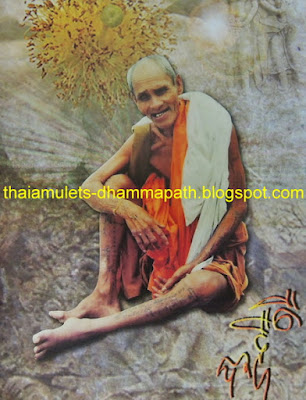 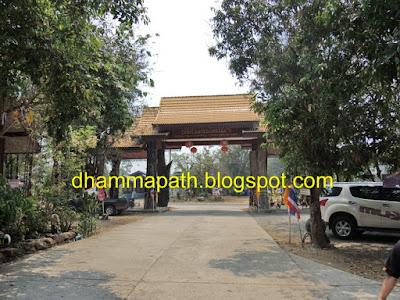 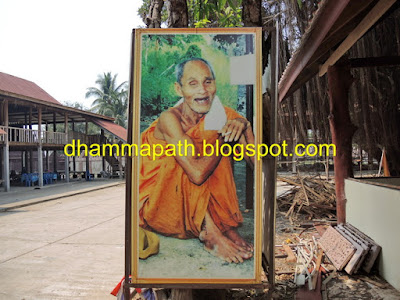 The portrait of LP Suang, he was a very simple monk and could live anywhere with one robe and not care about money and stuffs at all. When people gave LP Suang money, he threw it out. In fact, his shelter was a small shed. Although he did not clean himself, his body did not stink. When LP Suang was alive, he liked to watch kite playing. 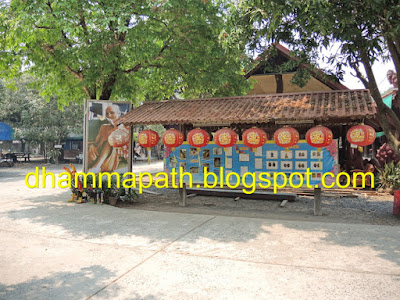 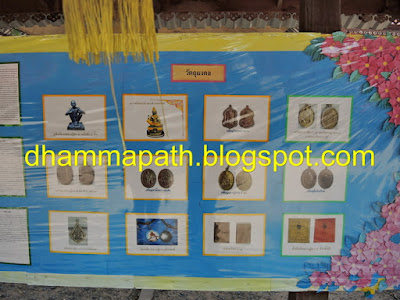 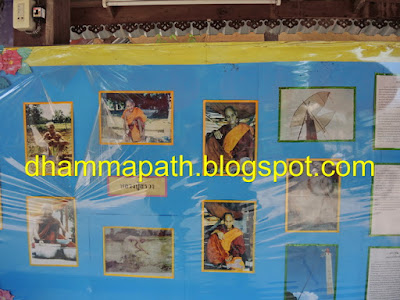 The info banner for amulets and info of LP Suang. 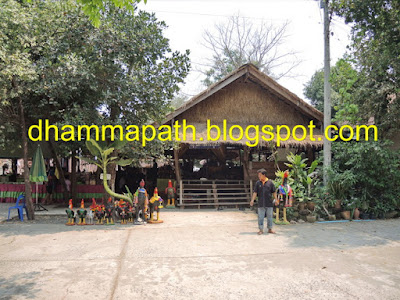 This is the main wiharn to pay respect to LP Suang, where his body is kept here. Later part 3 will share more photos. 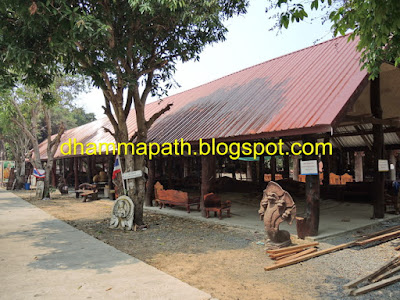 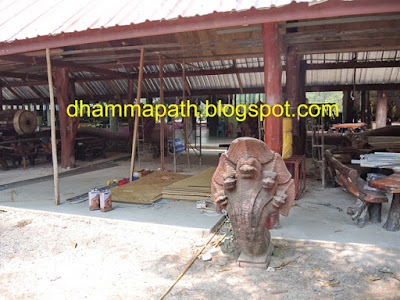 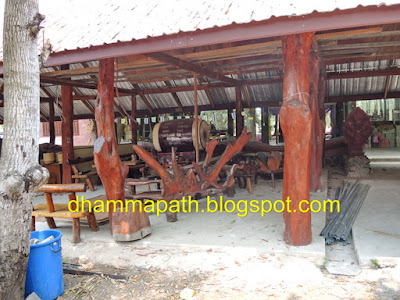 Many wooden and cement Art statues are made and kept here. This materials will use for built in new building. 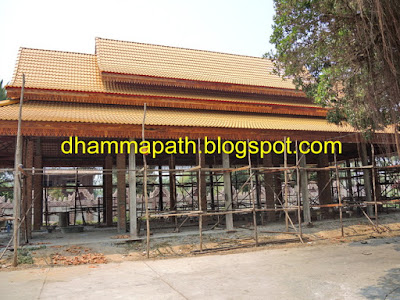 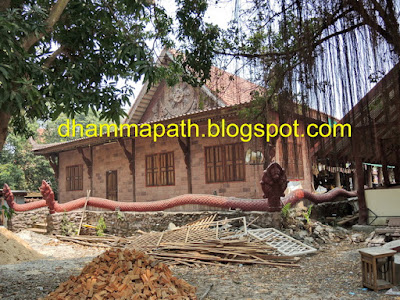 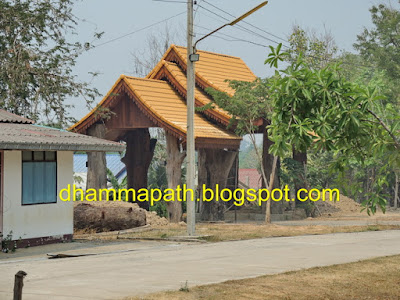 The small wiharn and another sala. 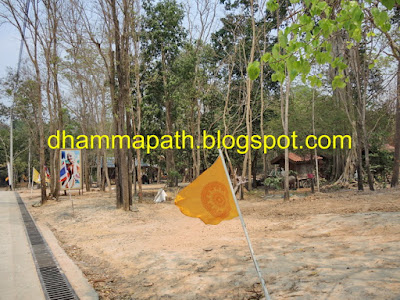 The temple surrounding and temple flag. 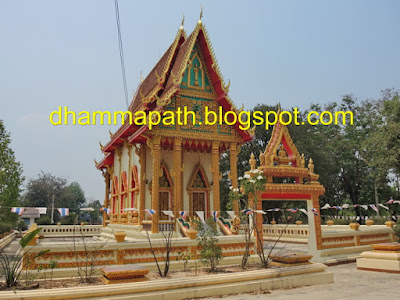 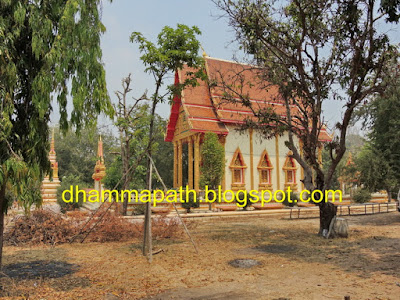 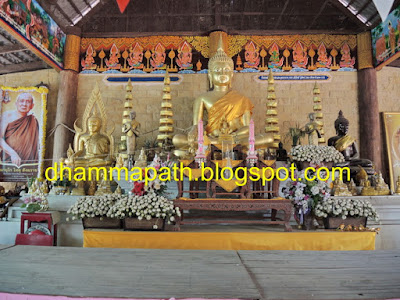 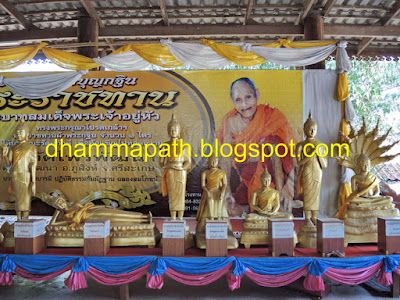 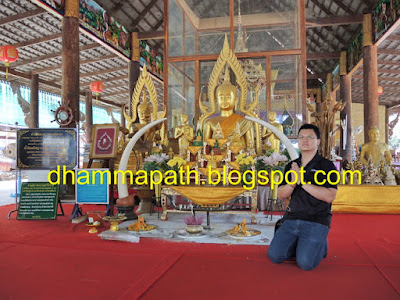 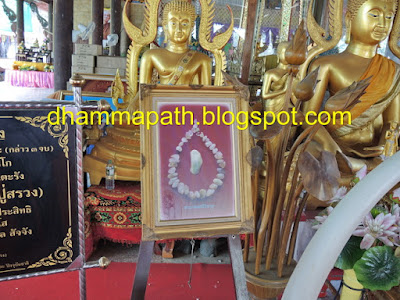 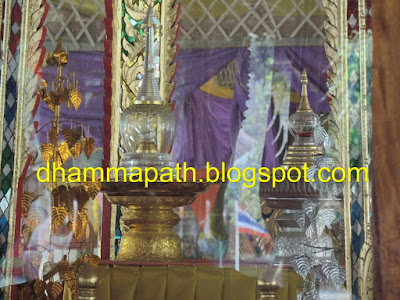 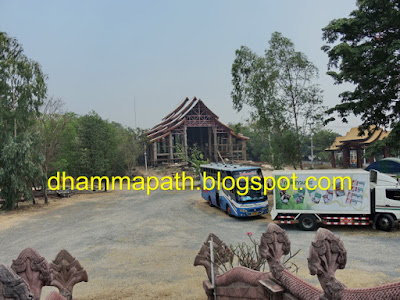 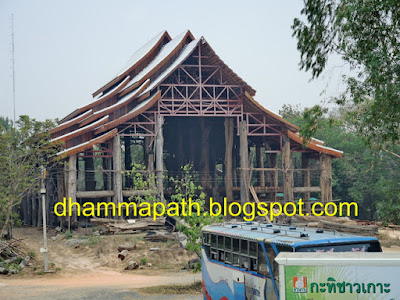 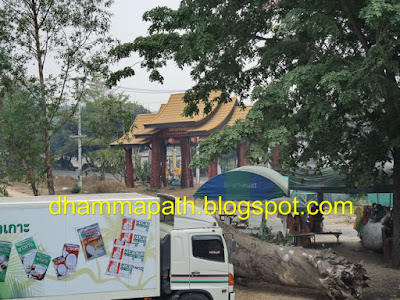 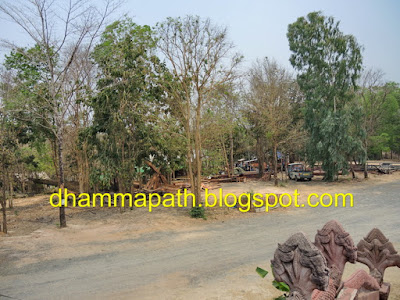 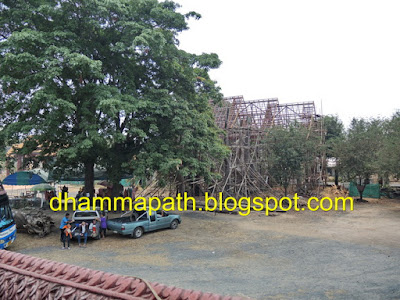