The old Shrine with history about 400 years and located in Pattani city. Since increasingly violent from 2001 till now for the Southern unrest situation, seldom have visitors come from oversea. This Chinese-style shrine in Pattani town is dedicated to a local Chinese heroine, Chao Mae Lim Ko Niao, who is especially respected by the Chinese residents of Pattani. The shrine houses a wooden statue of the goddess and sculptures of other Chinese religious figures. Legend says Lim Ko Niao was a Chinese girl who came to Siam, looking for her brother Lim To Khiam, who had married the daughter of the Pattani governor and had converted to Islam. When she could not find her brother, she felt so disappointed at failing in her mission that she hung herself from a cashew nut tree. When her brother heard of her suicide, he buried her at the site on which the Pattani people later built the shrine to commemorate her dedication to family. They carved her statue from the wood of the cashew tree. 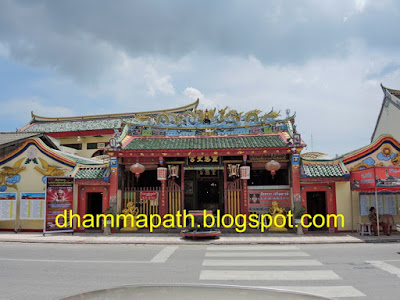 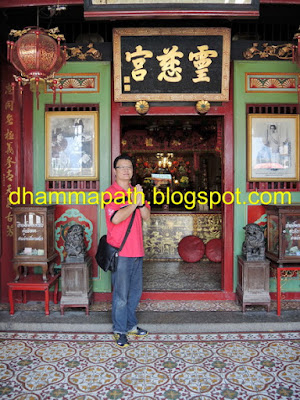 The front side of the temple Chinese Shrine Chao Mae Lim Ko Niao. 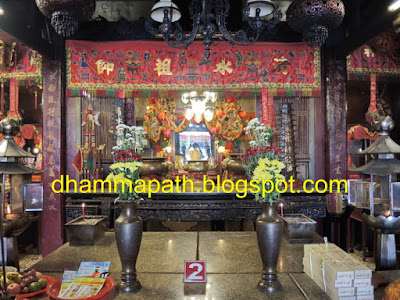 The main altar for the Shrine. 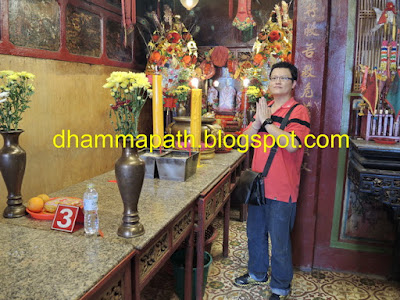 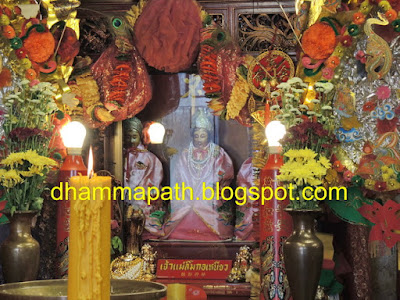 The sacred 林府姑娘 wooden sculpture. The legend has it that Lim Ko Niao, a Chinese girl who came to Pattani by ship to look for Lim To Khiam, her elder brother who had got married to the Pattani governor's daughter, converted to Islam and ordered the construction of the Krue Se mosque. However, she was not successful in taking her brother back home. Therefore, after putting a curse impeding the roof of the mosque to be completed, she hanged herself on a cashew tree near the mosque and her brother buried her at this place. 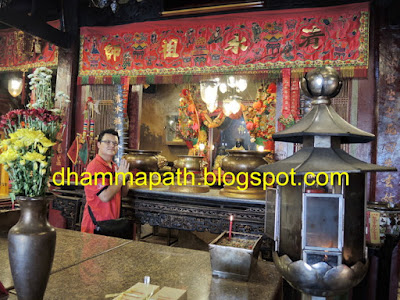 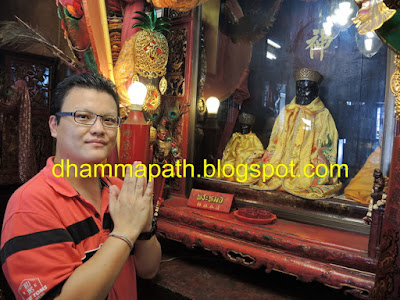 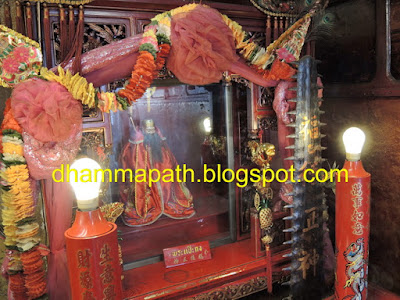 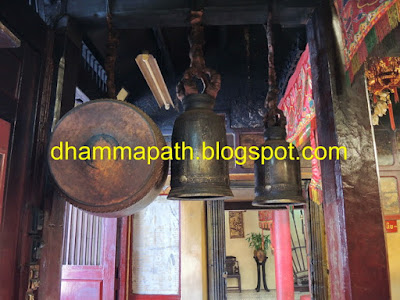 The old drum and bells. 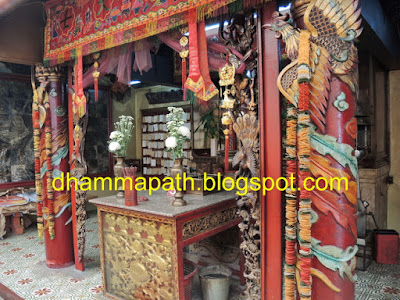 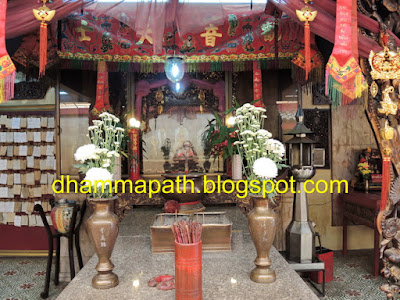 The altar and other Chinese religious figures. 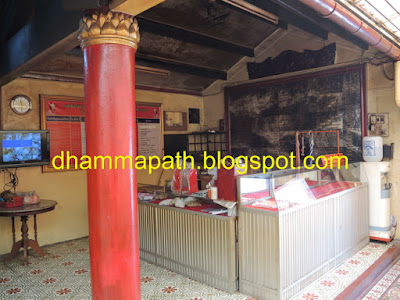 The old site for amulet counter. 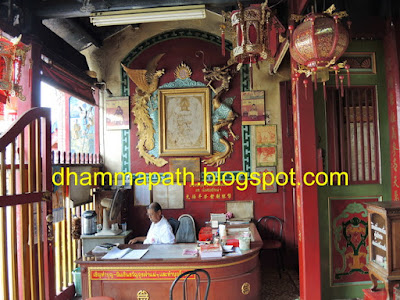 Infomation counter for the Shrine. 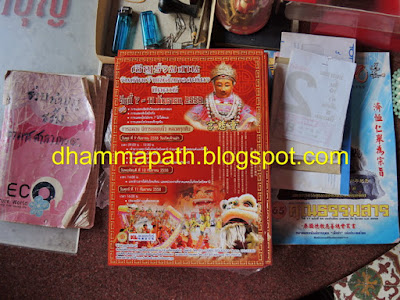 The event catalog of Shrine Lim Ko Niao. The  temple Chao Mae Lim Ko Niao Chinese Shrine will celebrate on the day of the 3rd lunar month every year. In the city will have numerous worshippers come to visit the colorful procession carrying Chao Maes sculpture along several roads in town, walking on fire in front of the shrine, and swimming across the river near Dechanuchit Bridge. 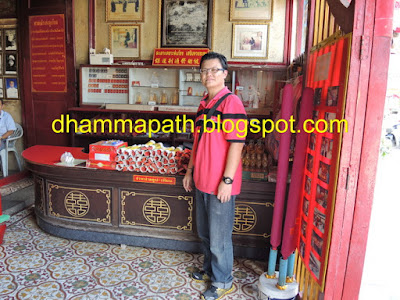 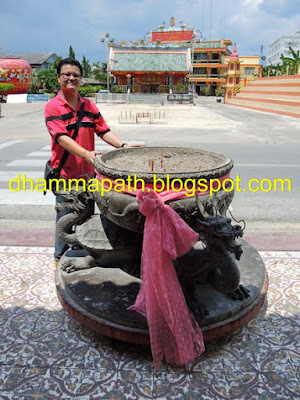 The beautiful of huge incense pot. 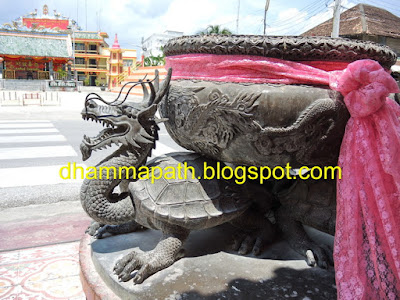 The Dragon Head Turtle for the base. 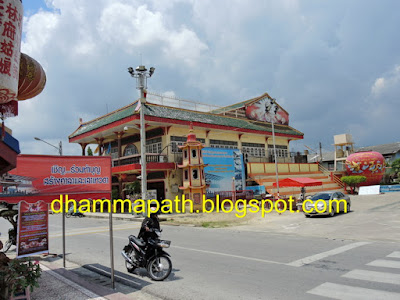 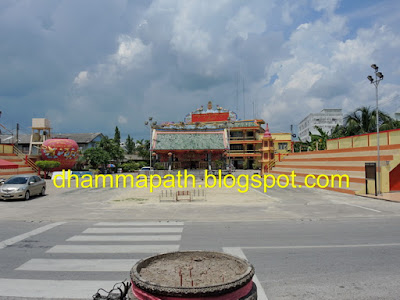