Temple Wat PukalThong (Pukowthong) hold a ceremonies for 5 days for placed the 9 Luk Nimit at the main Ubosot building. And I attended the final ceremony with participated to placing the Sema Stone at pit 9 with my friends. 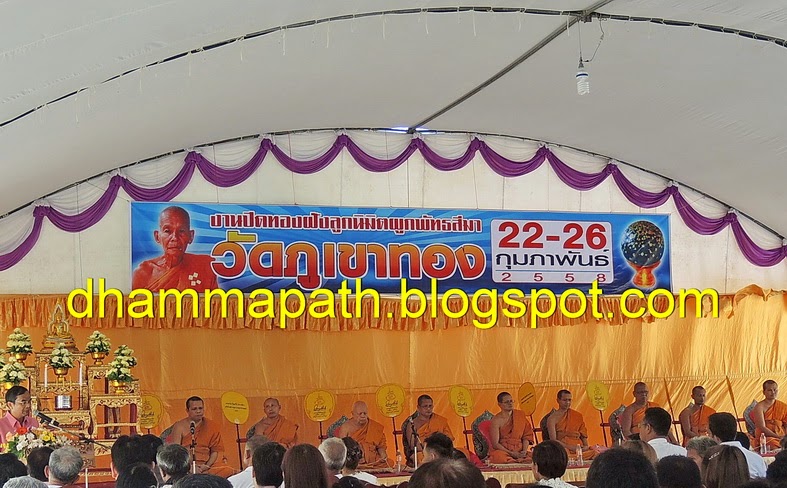 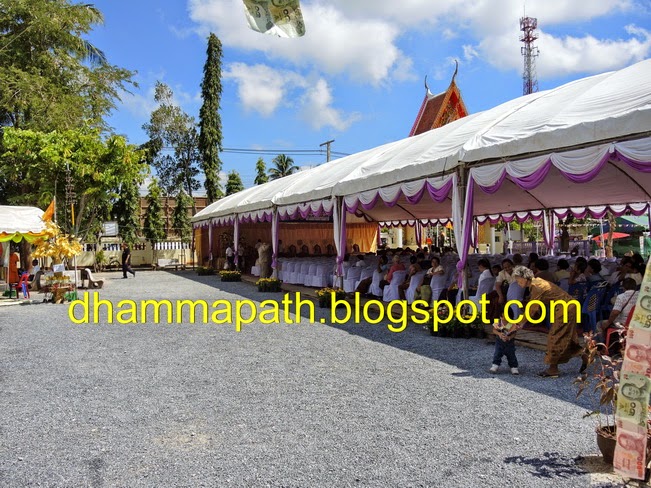 The ceremony was crowded by local devotees and the participater and monks. 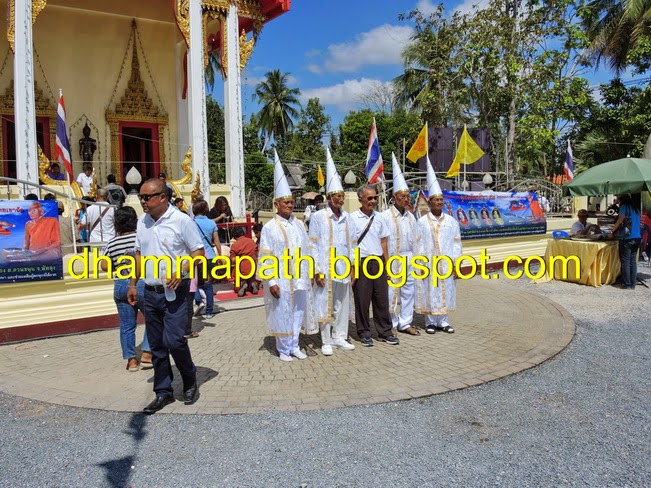 The ceremony attire clothes for the helper. 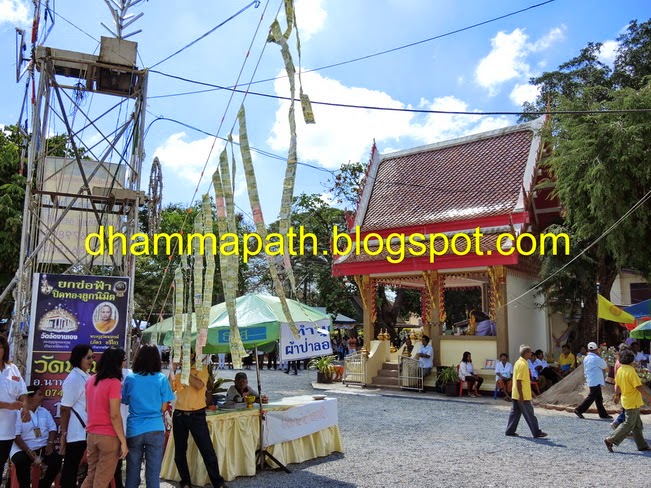 I discover many event ceremony and hawker stalls at other side of Wat Pukalthong's compound. 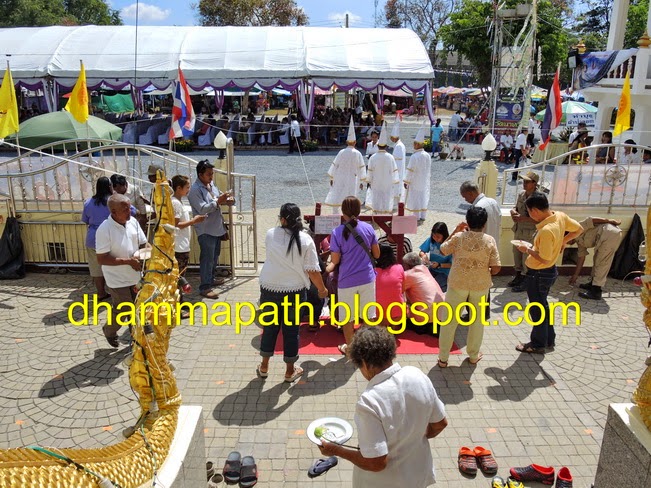 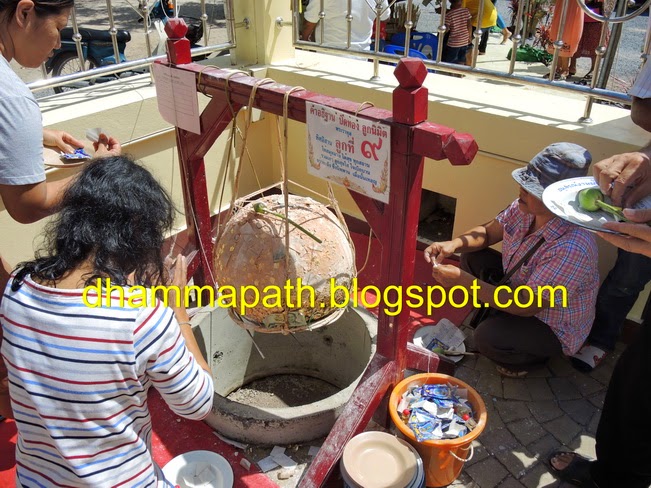 Here is the main Ubosot of Wat PukalThong and nine holes are dug with eight at the cardinal points, the ninth beneath where the principal Buddha statue will be placed. The Luk Nimit, round stones the size of a cannonball, are placed in to these holes during the ceremonies. Eight Sema stones are then placed over those Luk Nimit which are situated at the cardinal points. 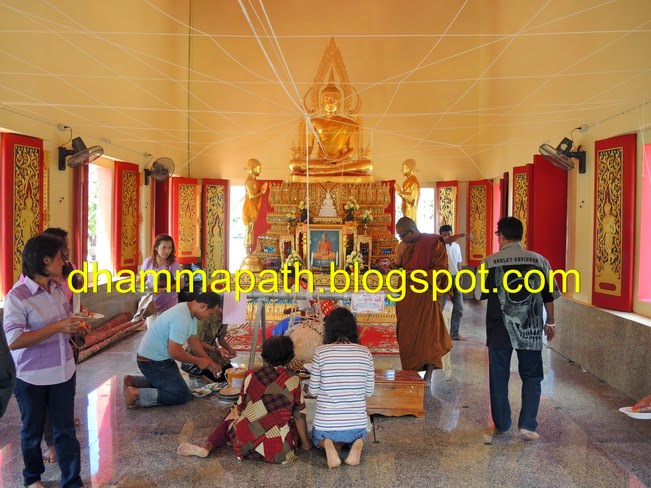 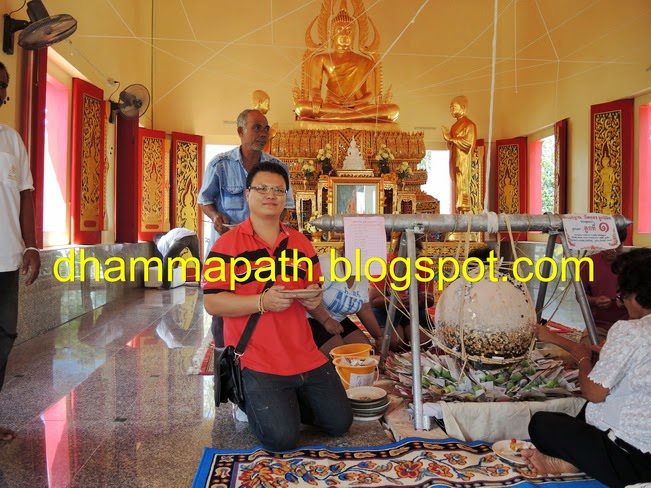 Here is the first pit for the Luk Nimit, inside the Ubosot. 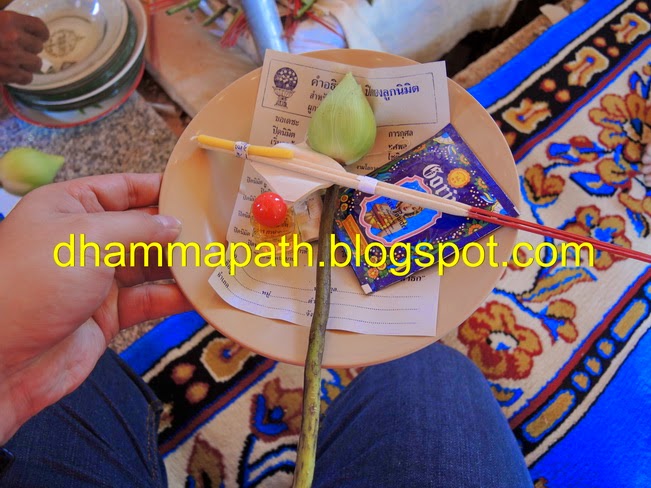 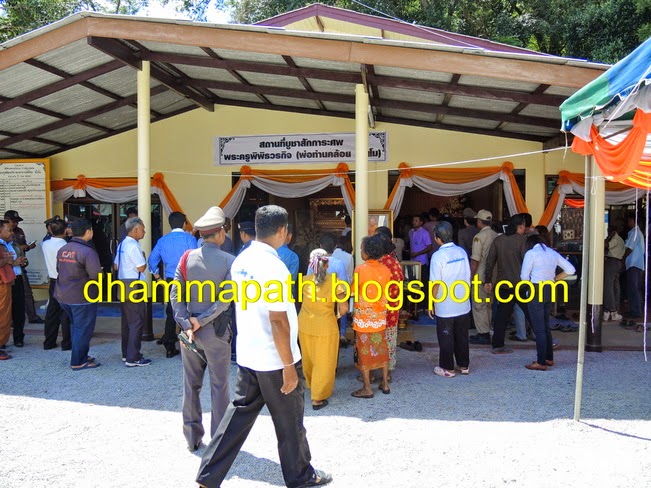 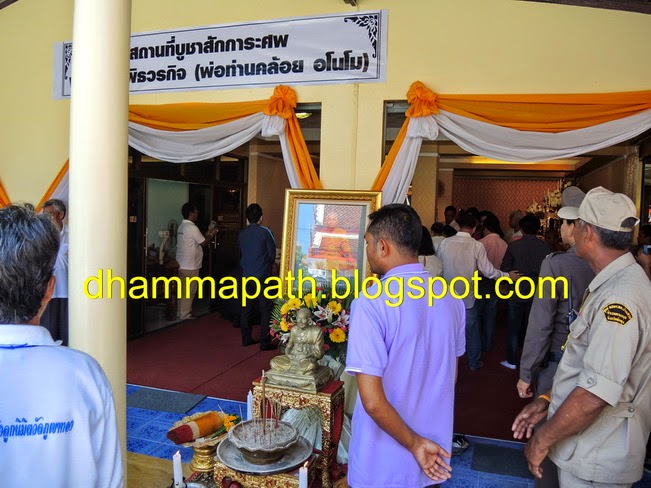 The place for pay last respect to the late LP Kloy, he body was kept at the coffin. LP Kloy was passed away in Dec 14th BE2557. Suddenly many people, bodyguards and polices were present at Wat PukalThong. I later noticed the former Thailand prime minister Abhisit Vejjajiva visited Wat Pukalthong today. 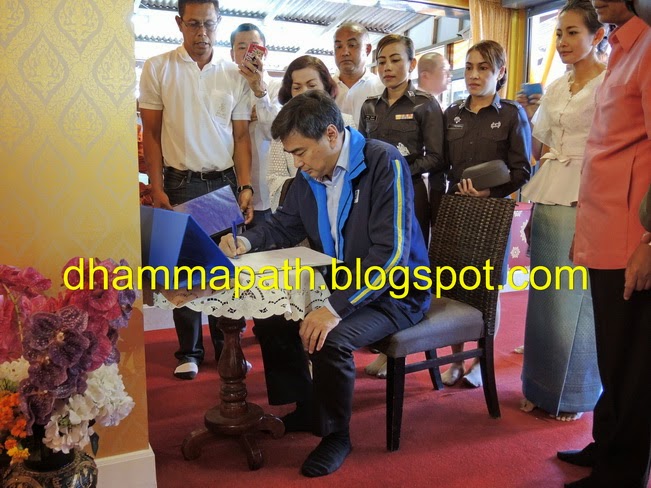 The former Thailand prime minister Abhisit Vejjajiva pictured at the Wat Pukalthong as he signs a book of condolences to LP Kloy, whos passed away Dec 14th BE2557. 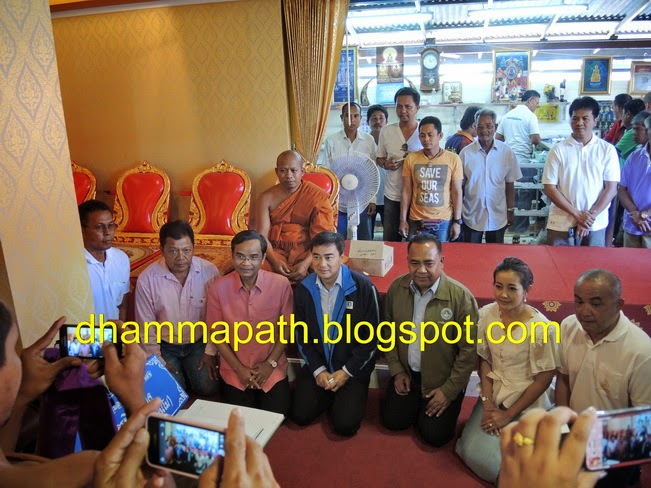 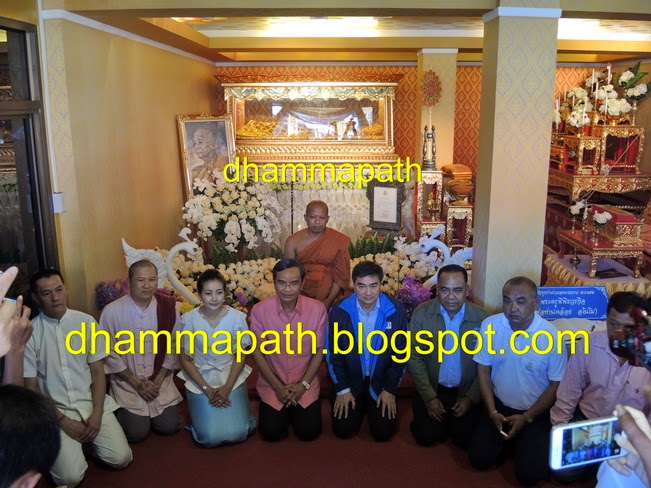 The photos taken with Phra Ajahn SeLith, he is luksit of LP Kloy. 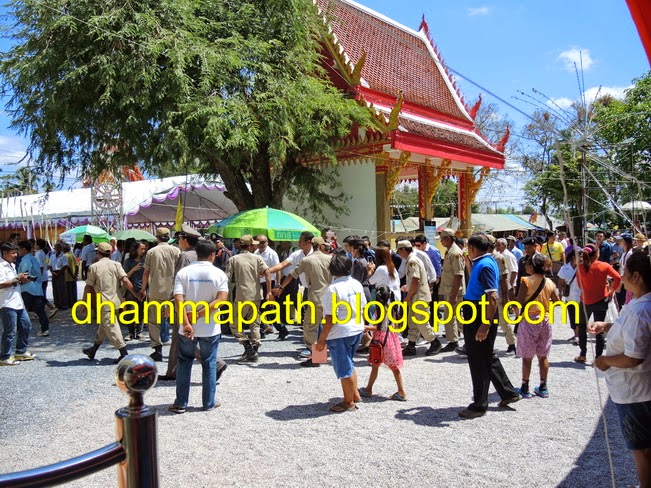 Crowded with his supporters. 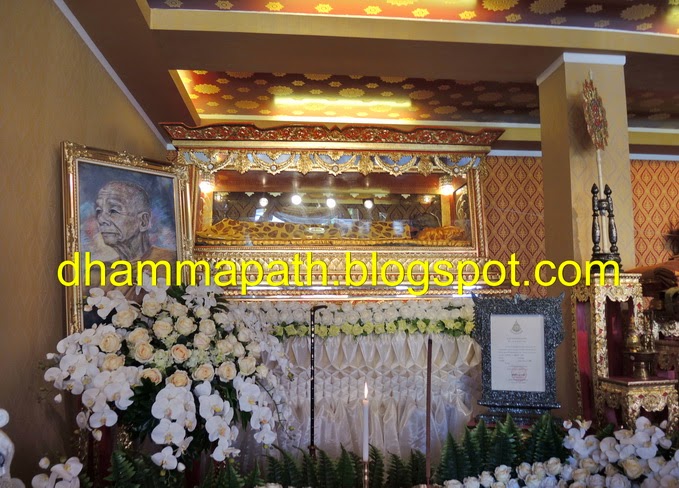 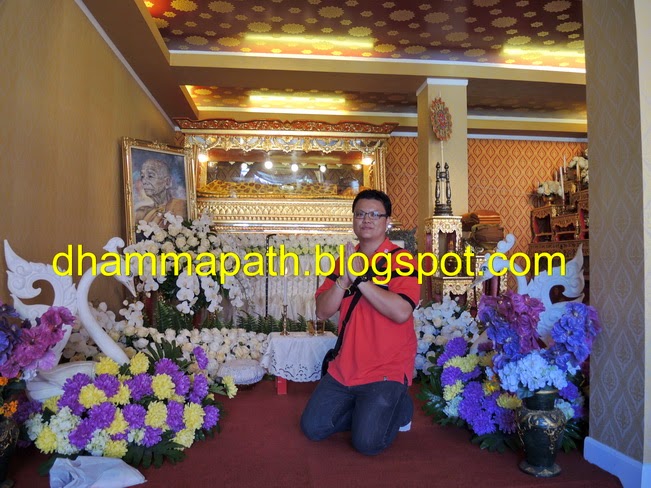 The photos taken after I pay my respect to LP Kloy. 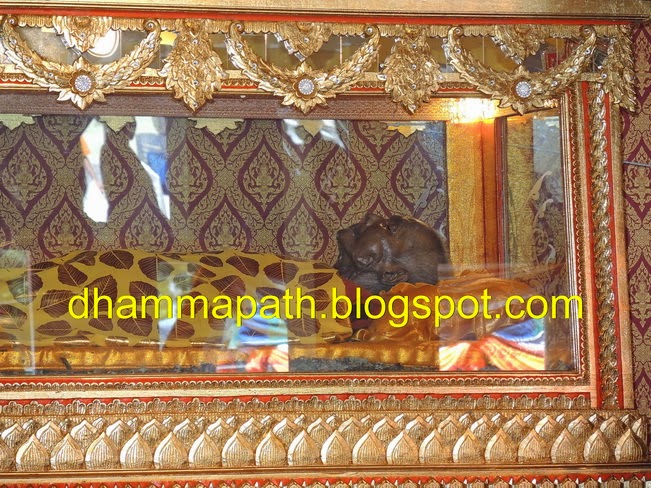 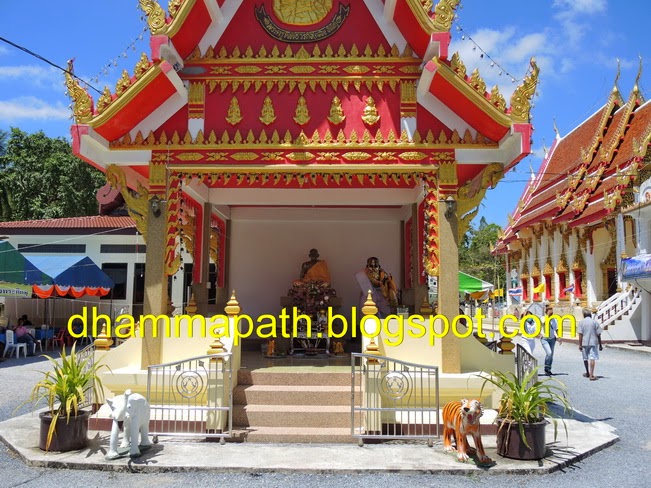 The Shrine of HoonPaYon and LP Kloy. 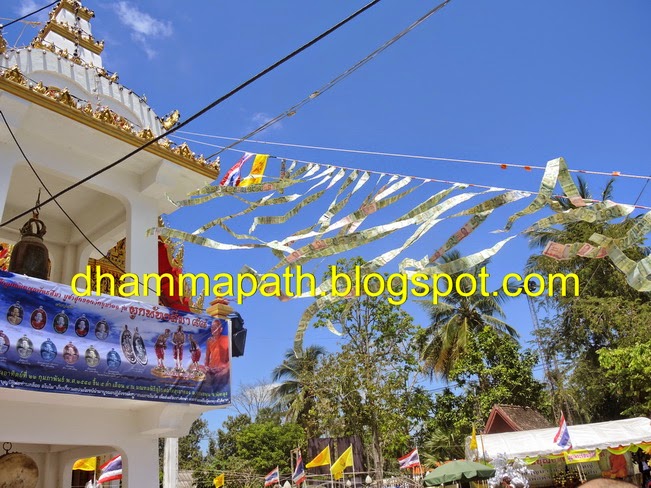 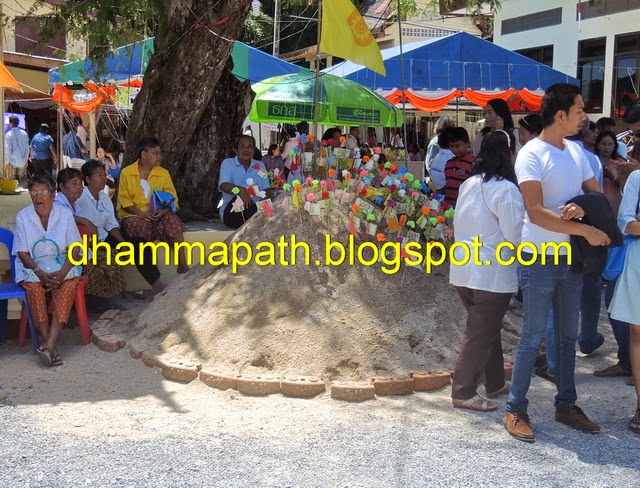 The blessing money 'flag' and ''mountain'. 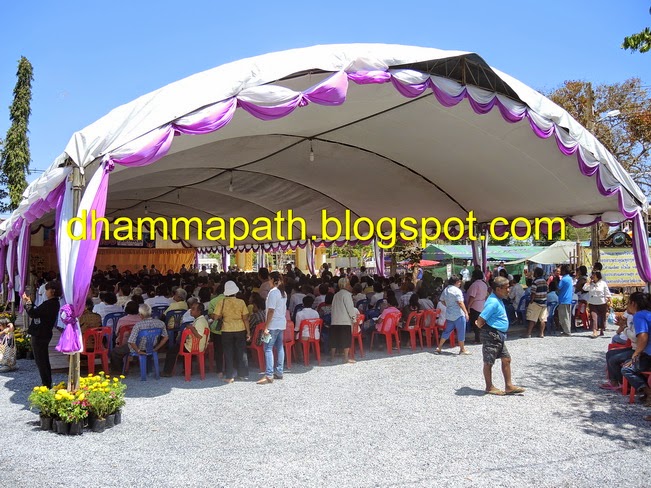 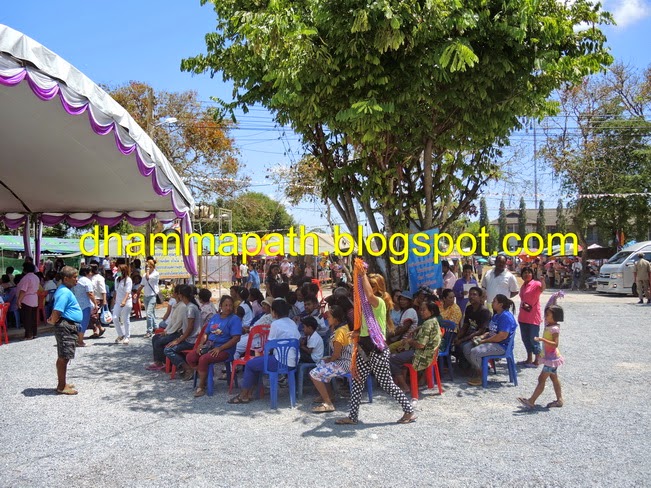 The temperature so hot. 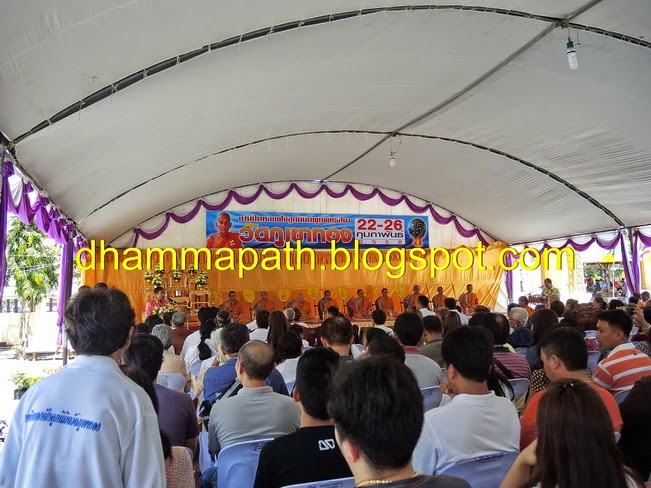 The last blessing and cutting rattan for Luk Nimit will start soon. 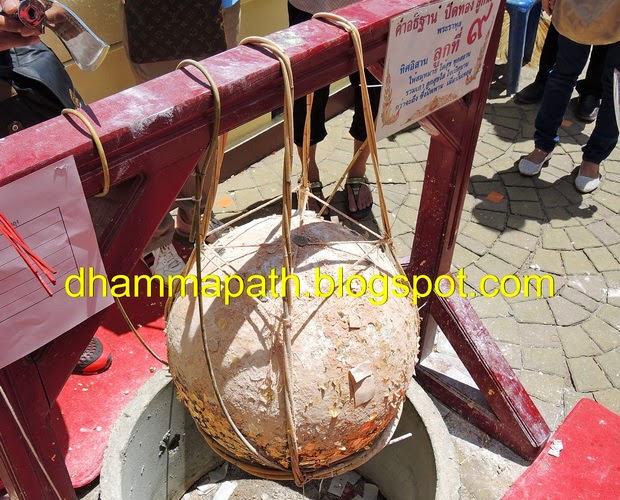 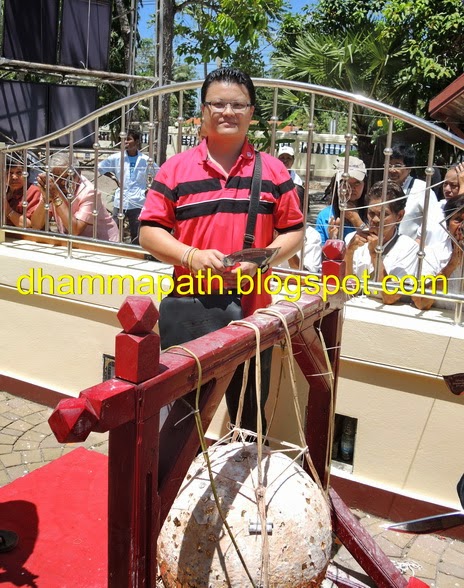 Me and my friends were ready to cut the rattan with Mitmor for the Luk Nimit ball to placed into the hole at pit 9.
I pictured with my Mitmor at Luk Nimit pit 9.
.
See more amulets from LP Kloy - Wat Pukalthong at:
http://thaiamulets-dhammapath.blogspot.com/search/label/Wat%20PukalThong
.
See more other Thai amulets at:
http://www.thaiamulets-dhammapath.blogspot.com/
Posted by Kenneth Phoon at 3:56 AM