BuddhaMonthon ~ The Buddhism Center Of The World - Nakhon Pathom Of Thailand.

Buddhamonthon was established to commemorate the occasion of the 2,500th anniversary of Buddhism. Aside from serving as a Buddhist memorial, Buddhamonthon is also meant to represent the faith and commitment in Buddhism and to be the center of Buddhist education, research and propagation.
In celebration of 2,500 years of Buddhism which fell on Visakhapuja Day in May 13th BE2500 (1957), to express their deeply rooted faith in Buddhidm, and to commemorate the passing of the Lord Buddha, the Great Light of the world. The Thai Gorverment and its people agreed to build a Great Buddhist Monument to mark the auspicious occasion.
His Majesty the King Bhumibol Adulyadej, the Present King of Thailand, presided over an auspicious cornerstone laying ceremony at the foundation of the main monument on July 29th BE2498 (1995). The construction has thus been continuing since BE2500 under the supervision of the Construction committee. 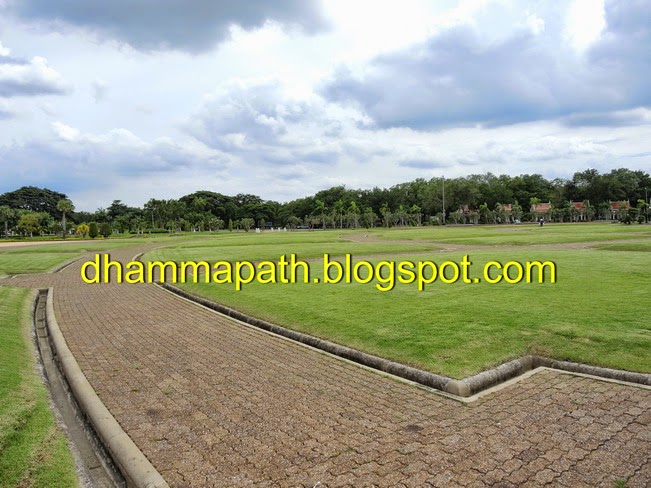 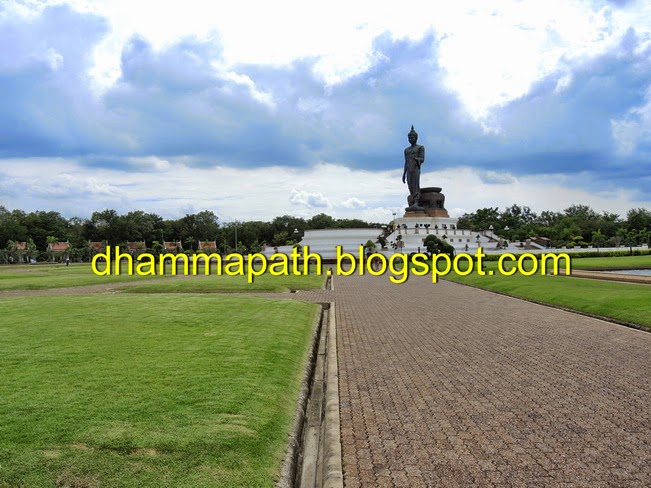 The pathway to the Buddhism Center Of The World and we could see the principal Buddha Statue of BuddhaMonthon. 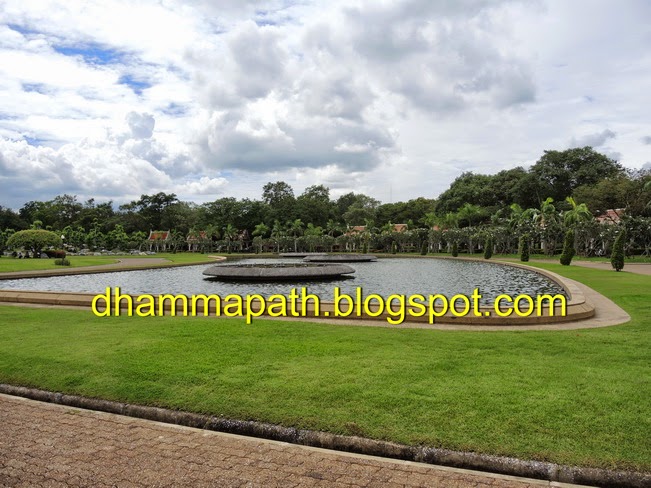 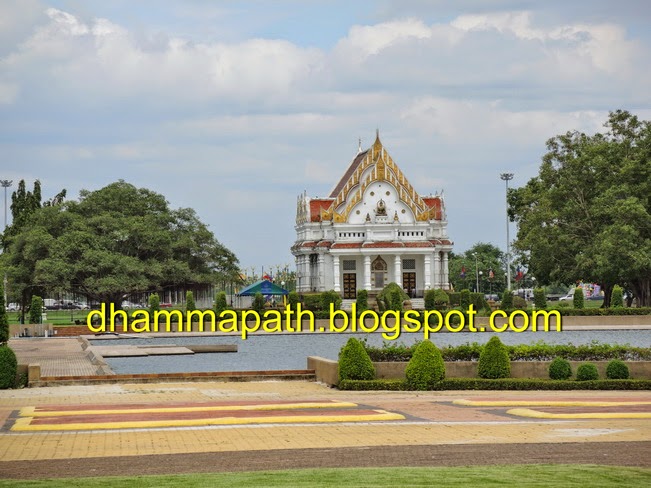 The pond in garden and it surrounding with temple of BuddhaMonthon, contains a 25th century anniversary Buddha Image. 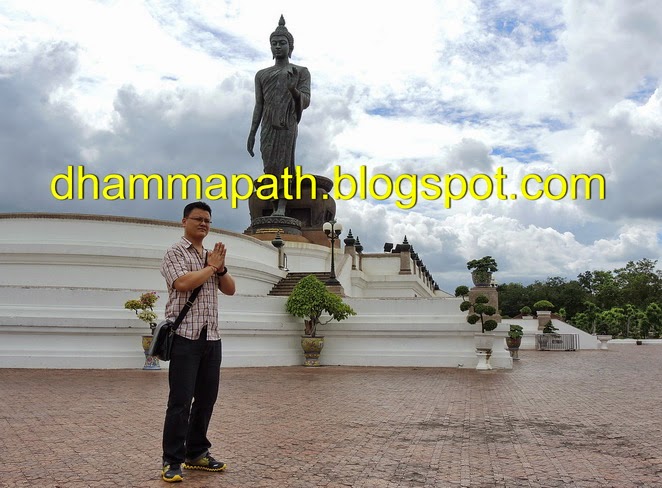 The Photo taken with main BuddhaMonthon Image, the name of which is "Phra Sri Sakaya Tosapolyan Pratan Buddha Monthon Suthassana" given by His Majesty the King of Thailand. It's in a standing style (Phra Leela) model, designed by the renowned artist Professor Silpa Bhirasri, sculptured with bronze gold bt the department of Fine Arts. The Buddha image,the most important thing in BuddhaMonthon is measures 15.875 meters. 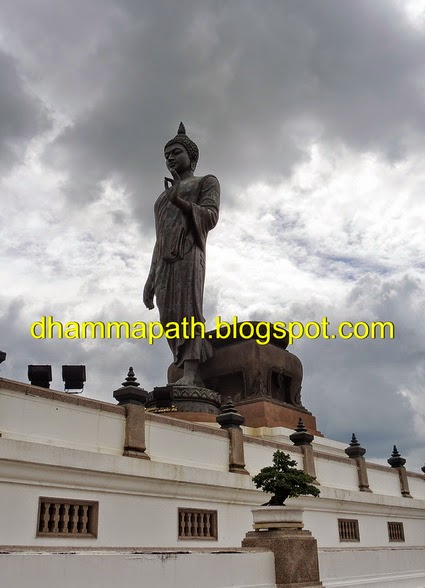 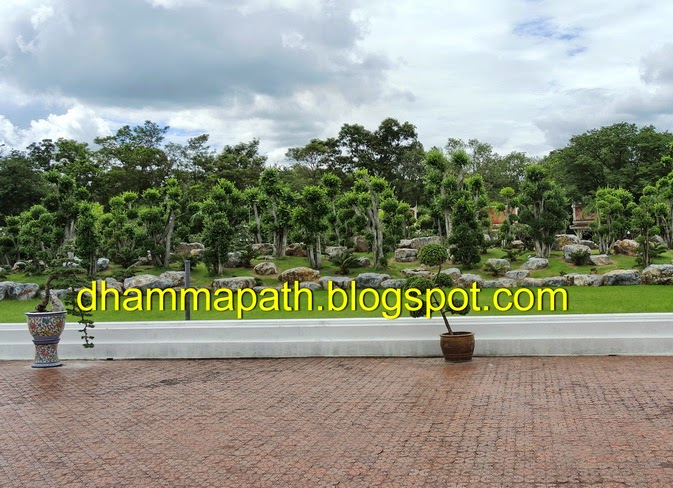 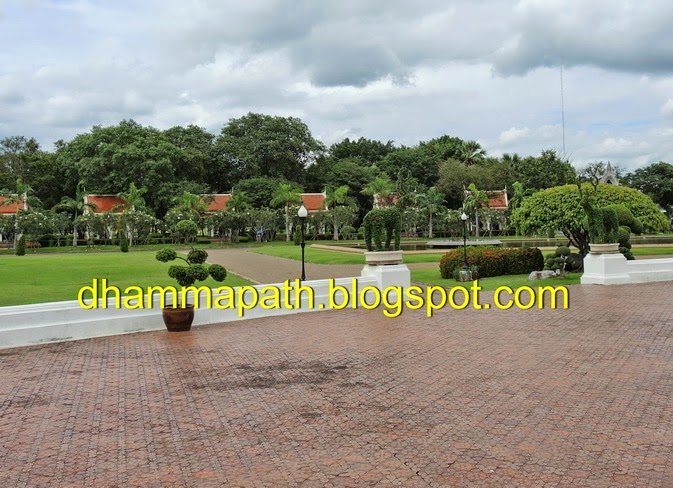 This garden is surrounding of BuddhaMonthon statue. 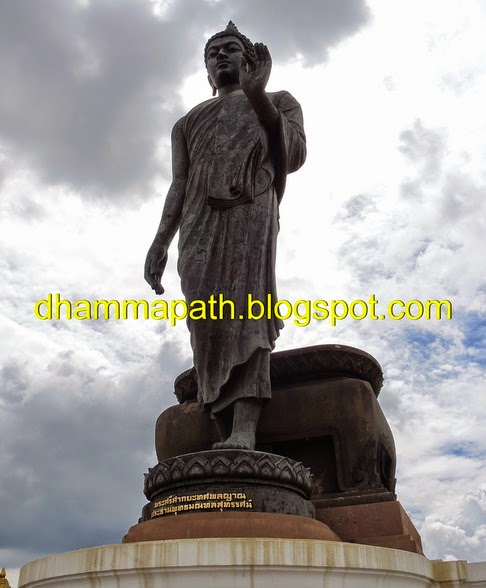 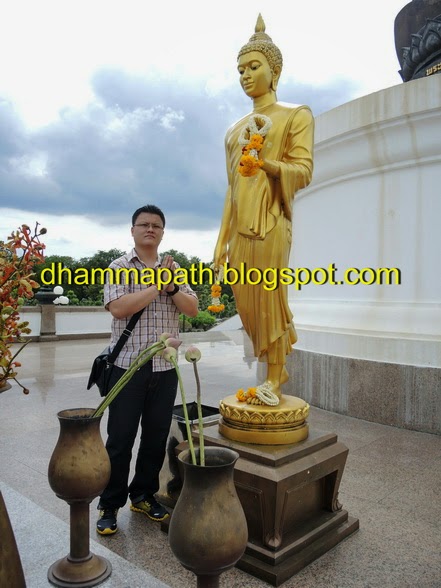 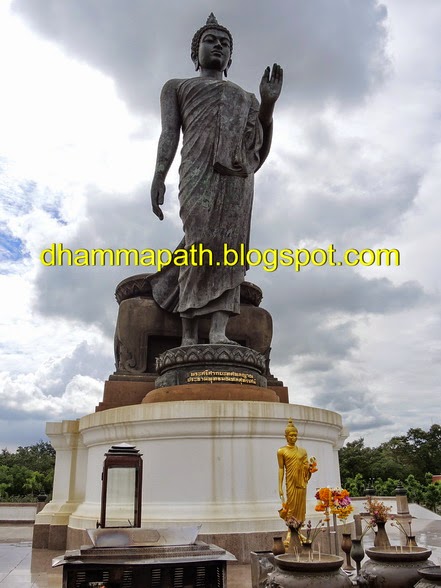 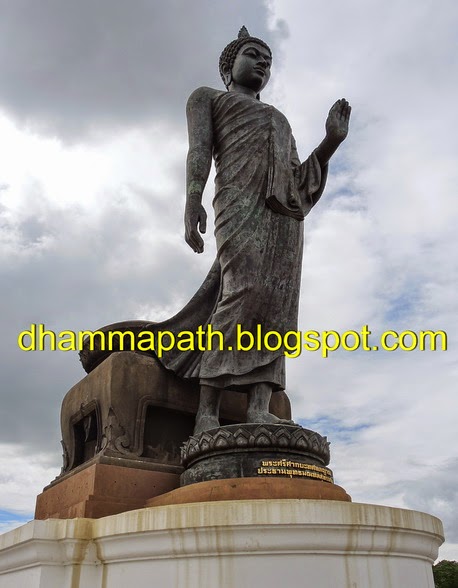 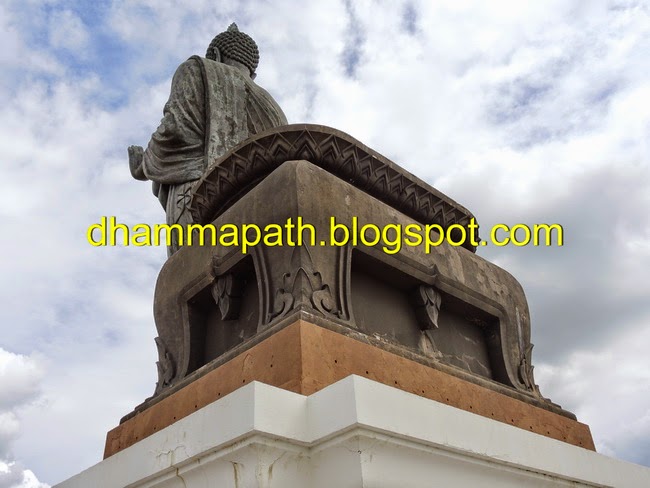 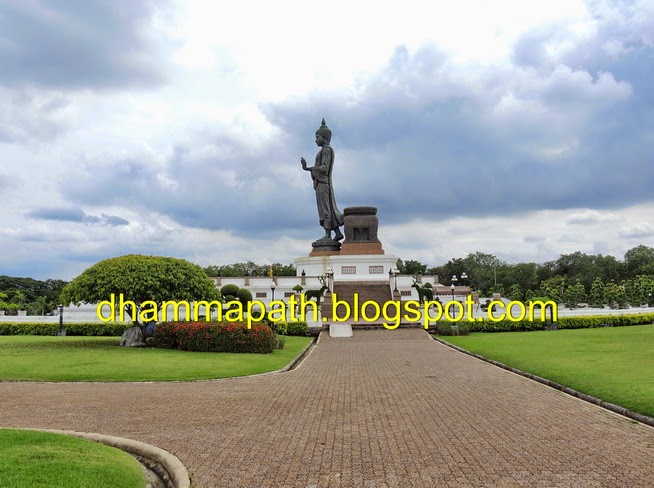 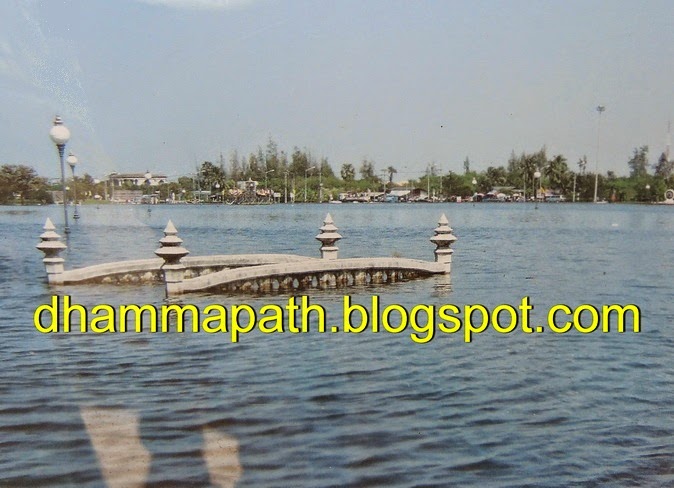 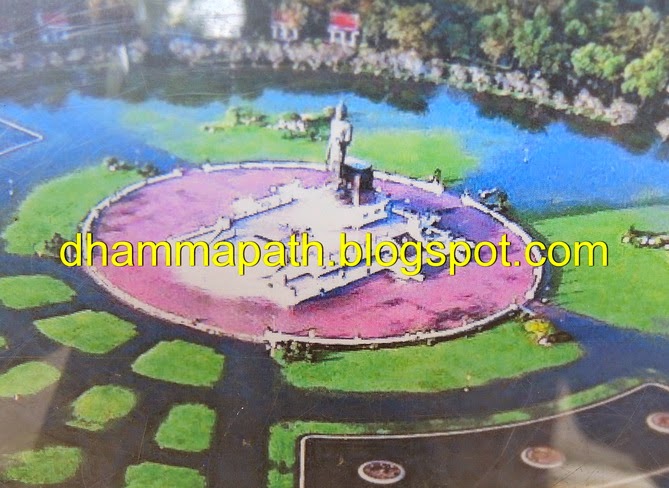 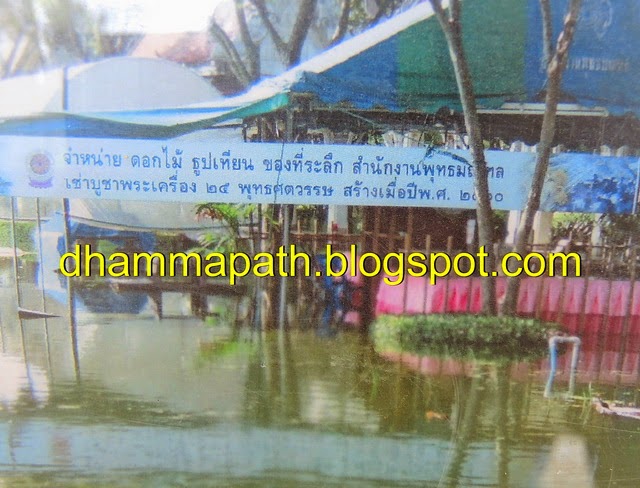 These old photos was flooding occurred during the year 2011 at BuddhaMonthon. 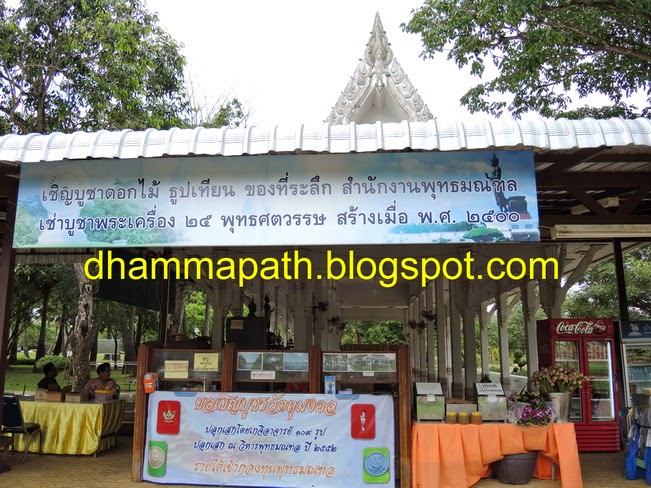 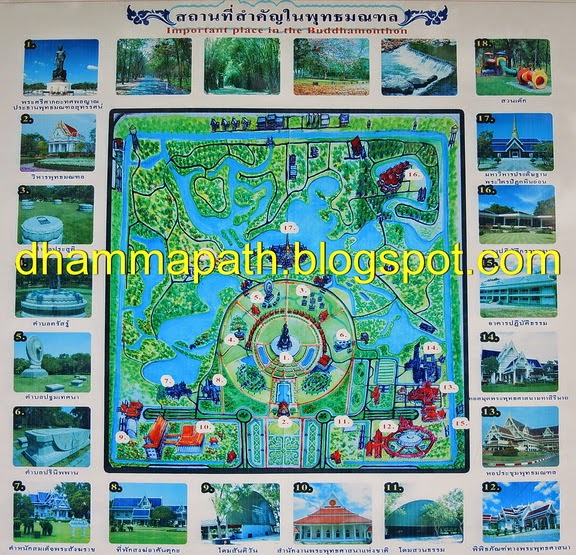 The BuddhaMonthon is covers 2,500 rai of land which build with Garden of Lord Buddha's Birth Place, The Enlightenment Place, the First Preaching Sermon, the Nirvana Place, the Temple BuddhaMonthon, Residential of the Supreme Patriarch, the Auditorium, the Temple of Marble Pali Canon (Tripitaka), the Guest Monk residence, the Ampawan Garden, the Great Sirinad Library, Herbal Garden, Banyan Garden, Buddhist Museum and the Hall of Holy Drum. 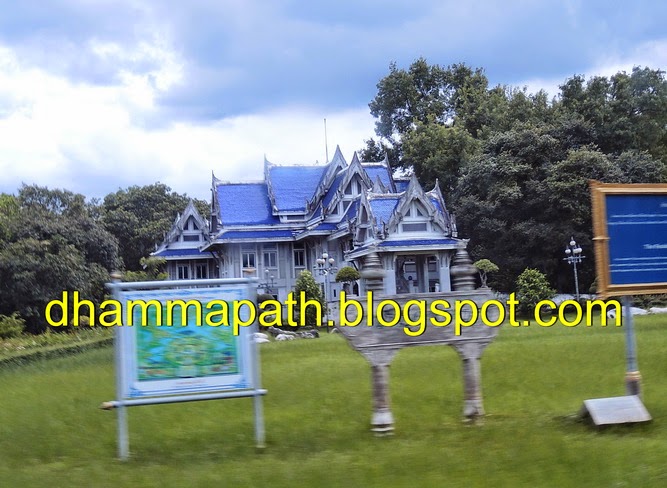 Here is the Residence of the Supreme Patriarch. 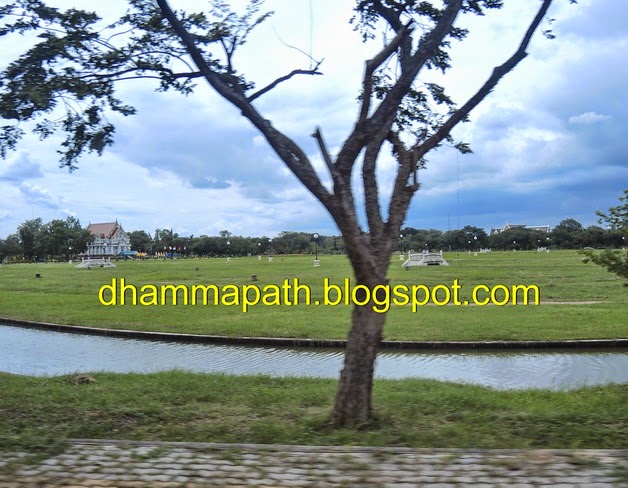 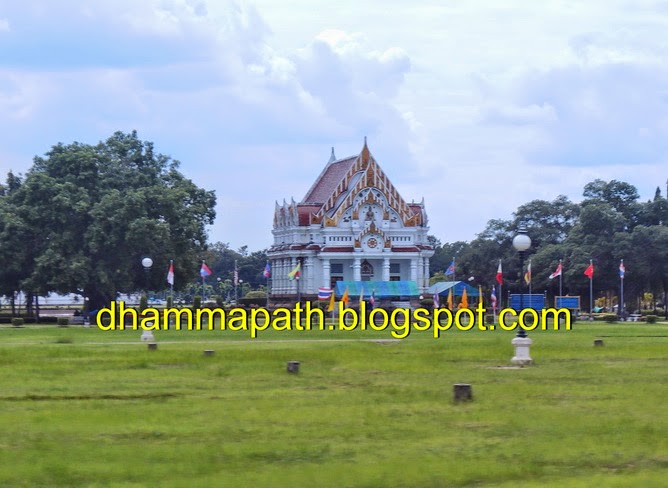