This site Hall is between the City Hall and Provincial Courthouse of Nakhon Si Thammarat. This area used to be the residence of the provincial governor and the hall was built for the sacred 'Phra Phuttha Sihing', which is a Phra Buddha image of Great Significance. The present building was built in the period of King Vajiravudh (1910-1925). 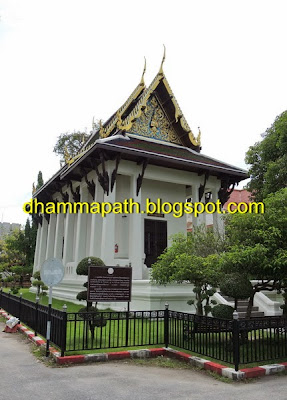 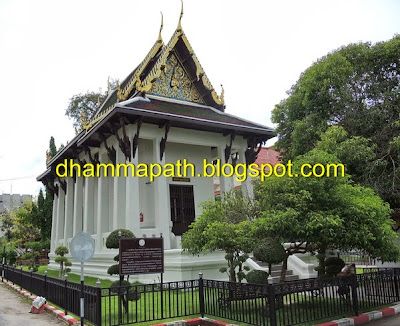 You can't afford to miss the important landmarks of Nakhon Si Thammarat, the Phra Phuttha Sihing Hall and image of Phra Buddha Sihing. 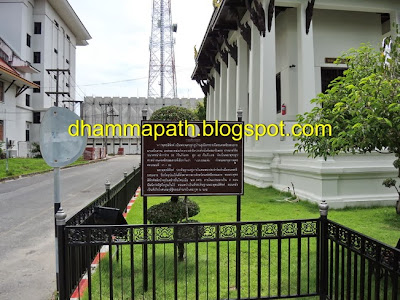 The compound of building Hall and the historial signboard. 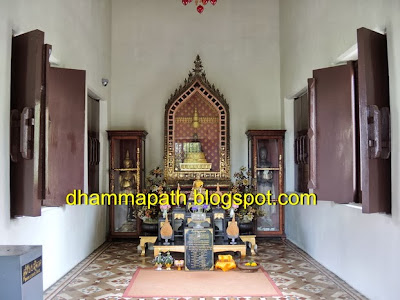 This sacred image of Phra Phuttha Sihing was believed to have been ordered by the king of Lanka in 157 AD and was brought to Thailand during the reign of King Ramkhamhaeng the Great. There are currently 3 similar images in Thailand which are at the National Museum in Bangkok, Wat Phra Singh in Chiang Mai and this image in Nakhon Si Thammarat. 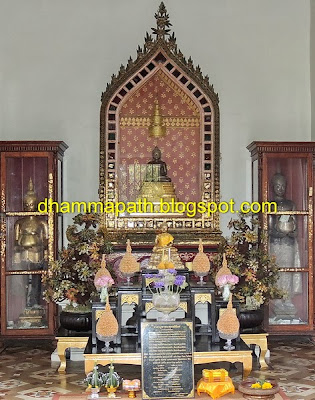