The Grandest Shrine Of Nezha 哪吒三太子 In Chonburi - Thailand.

The Shrine of Nezha SanTaiZi (哪吒三太子) known as Wat Thep Sathip Phra Kitti Chalerm, previously a small shrine in Chonburi. It was rebuilt and enlarged by the Dharma Rasami Maneerat Foundation to commemratem the 72nd birthday anniversary of His Majesty the King. The construction began in year 1995 and took 4 years to complete. The present shrine sits on 6400 square metres of land with additional surrounding land of 12800 square metres. The Supreme Patriarch presided over the casting of seven Phra Buddha images and presented Relics of the Lord Buddha and also provided the name of the temple, which is means the house of all gods. Other interesting features on the grounds include the Lotus Pond, the Dhamma pratice building and the Heaven Earth Pole at the entrance of the Nezha Doss House. 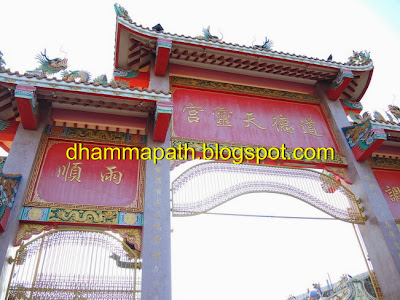 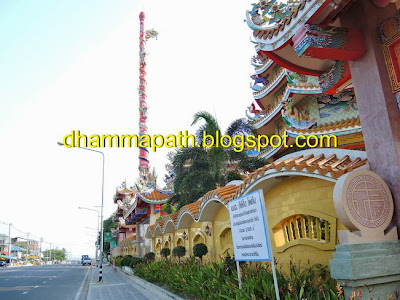 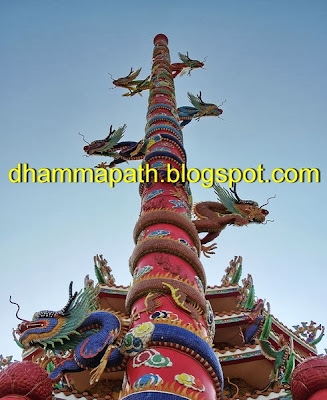 The stunning Dragon Pillar located at the front side of the temple. 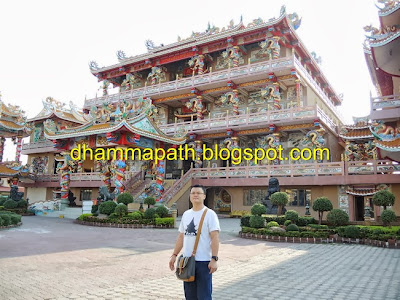 The Grandest Shrine of Nezha and very beautiful the surrounding temple. 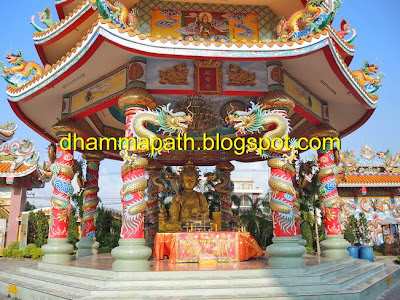 The Shrine of 'Deity Mother Earth'. 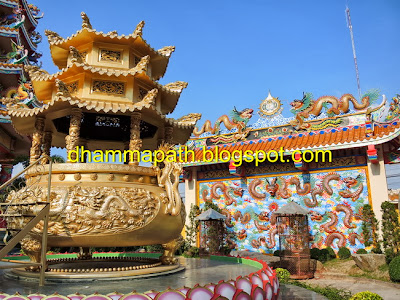 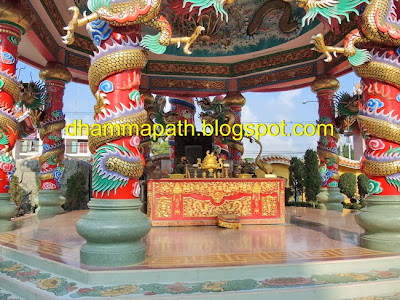 The Wall of Dragons and Shrine of 'Heaven Earth'. 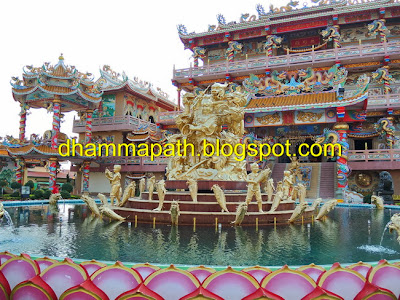 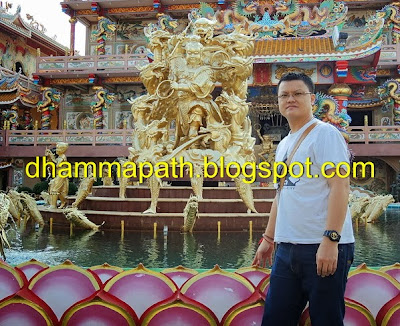 The Nezha and the Lotus Pond. According from Wiki, Nezha (哪吒三太子) is a Taoist protection deity, originally of Chinese Buddhist mythology. His official Taoist name is 'Marshal of the Central Altar' (中壇元帥)'. He was then given the title 'Third Lotus Prince' (莲花三太子） after he became a Deity. 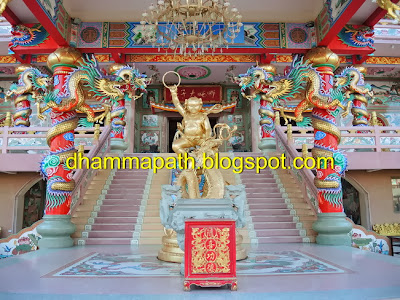 The Nezha statue at the front side the main Hall. 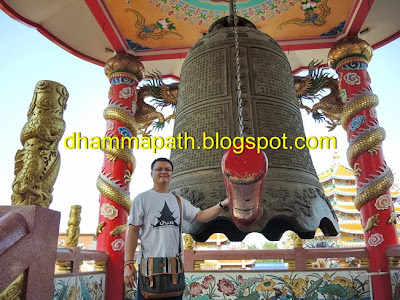 The big Bronze Bell with Dragon images and Scriptures Text on the Bell. 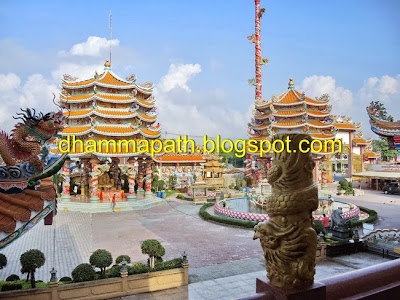