Suprised that the Long Gigantic Dragon so tempting would have been ignored when visiting SuphanBuri province. It is one of those rare places where perhaps the building itself is more interesting and beautiful than the artifacts it holds within. The root of Thai-Chinese history was placed inside the long Gigantic Dragon of the 'Dragon Descendants Museum. 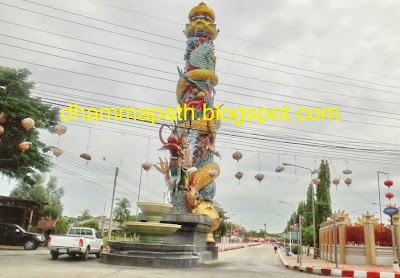 The main entrance with the Pillar of Dragon welcoming visitors.

The spectacular of the brightly coloured Gigantic Dragon, which is made of fiberglass, is 135 meters long, 35 meters high and 18 meters wide. The museum took ten years to plan and 600 days to build. 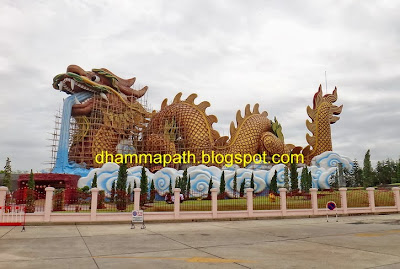 The close view of the Cloud Dragon Spraying Water. 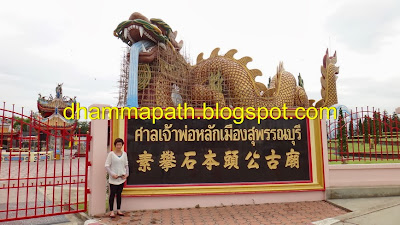 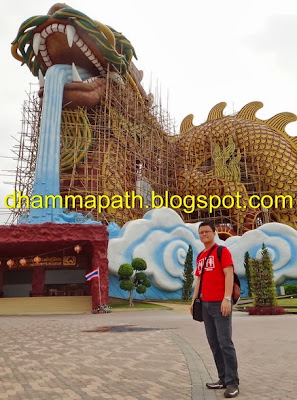 The photos taken with the Gigantic Dragon, the one of the most stunning built tourist attractions in Thailand and with the “Dragon Descendants Museum” in Suphanburi province. It dominates the landscape as you drive towards the City Pillar Shrine. Below the spraying water is the entrance of the 'Dragon Descendants Museum' but was closed for renovation after the firework disaster on Jan 2012. 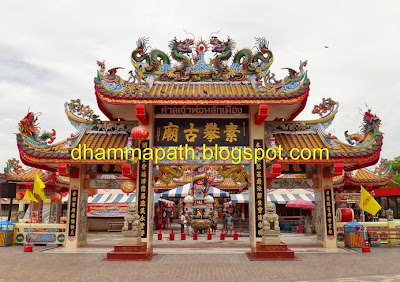 The Shrine of 'Suphan Old Temple'. 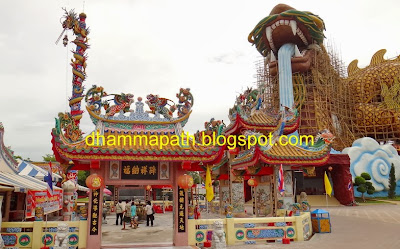 The shrine is next to the Gigantic Dragon. 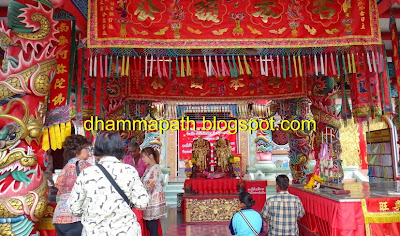 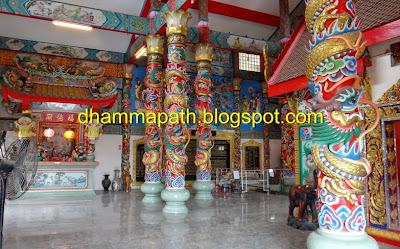 The Heavenly Deity of Chinese were venerated inside the Shrine. 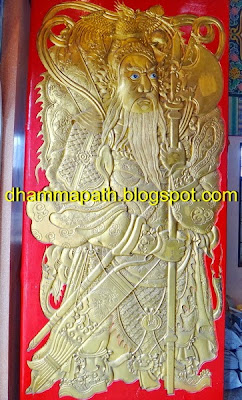 The stunning carved of Guardian Deity with painted Golden on the door. 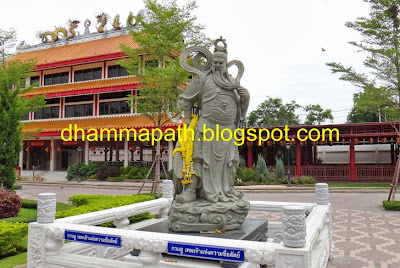 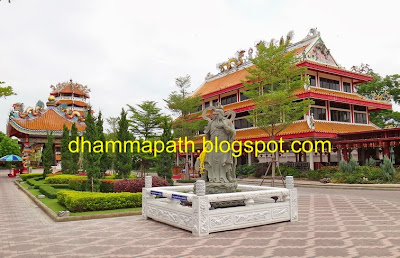 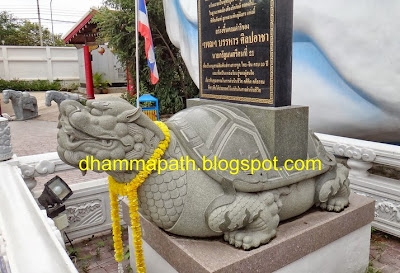 The stone of Dragon Turtle King.
.
See more Thai amulets at:
http://www.thaiamulets-dhammapath.blogspot.com/
Posted by Kenneth Phoon at 10:51 AM