The Passionately White Temple, Wat Rong Khun was designed by Ajahn Chalermchai Kositpipat, to be viewed by moonlight during the day the reflected dazzle of this plaster confection embedded with mirror mosaics sparkled with an eye-watering intensity that left me groping for my sunglasses. A life-like statue of reverend monk, PhraKru Sawai, greets visitors to this unfinished masterwork of more than 60 buildings, bell towers and sculptures that began in year 1997 and still under construction now. Ajahn ChaLermchai emerged in the late 1970s as a leader of the neo-traditional Thai art scene crossing genres by employing allegory, as well as cartoon-like figures. 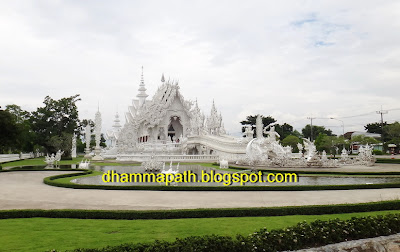 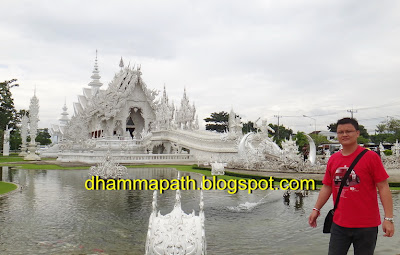 The photos taken with the Passionately White Temple, Wat RongKhun. 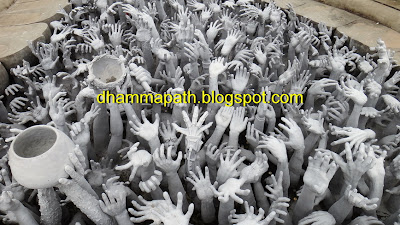 A writhing 'Sea' of 500 hands claws the air, trapped in a floating torment of hell. 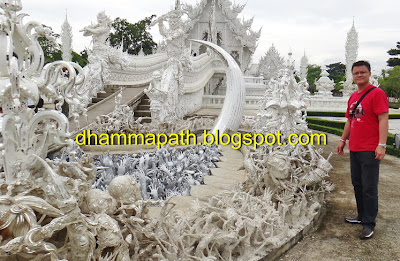 The ' Beauty of Anguish, it is the dark spot amongst a recurring theme of love and happiness. 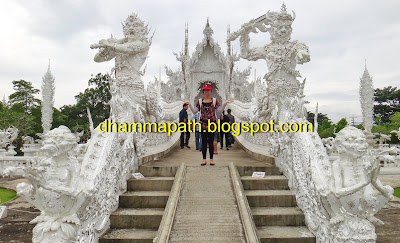 Photos taken with my wife and the bridge entrance to the main Ubosot. 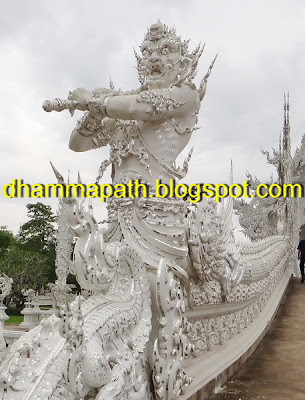 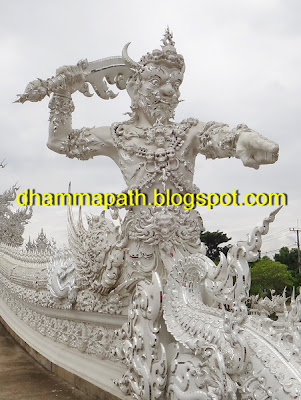 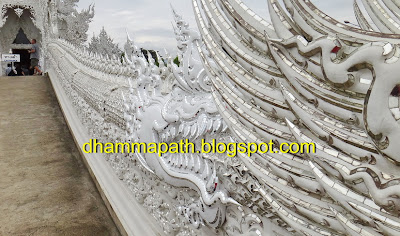 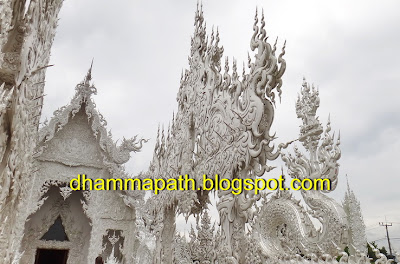 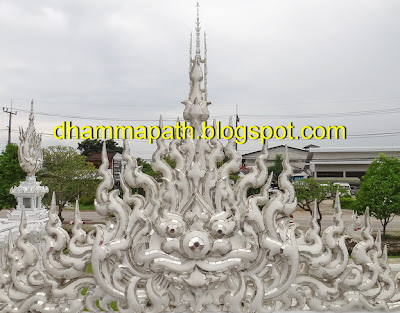 The close view of the masterwork sculptures. 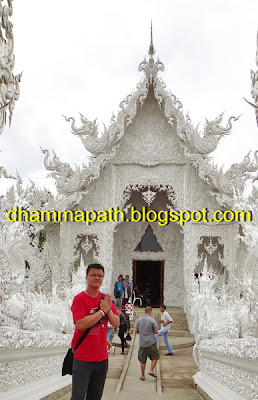 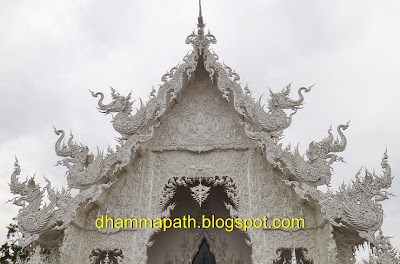 The main Ubosot of Wat Rong Khun. No photos taking allowed inside, was prohibited. Inside had Mural painting of Phra Buddha, modern movies idol, cartoons and many many more. 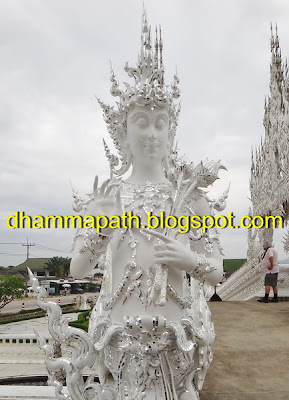 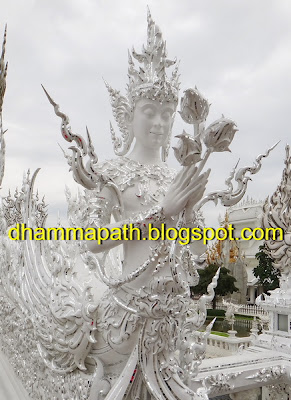 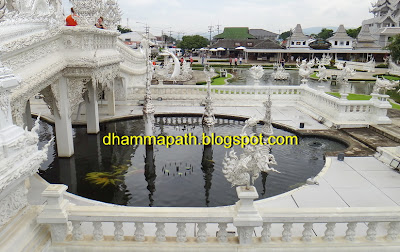 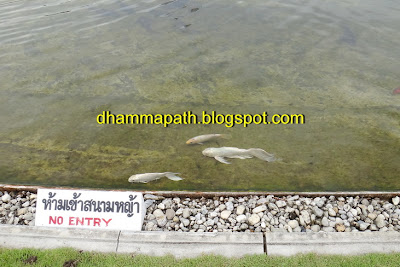 Wat Rong Khun spiky white architecture resembled carved blocks of snow overlaid with ice crystals that displayed an unerring eye for details. Even the shoals of Japanese Koi fish in the surrounding moat were albino. 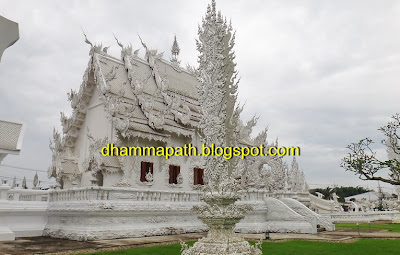 The back side of temple Ubosot.
.