One afternoon, my driver, guide and i were welcomed at Wat Lahanrai on the eastern gulf coast of Thailand, 179 km from Bangkok. The temple was famous for the sacred Phra Khun Paen amulets and well respected monk of all time, the Great LP Tim Isariko. LP Tim of Wat Lahanrai was born in BE2422 at Rayong Province and was a nephew of LP Sang, the past abbot of Wat KongChin, who was very clever in magic power. At the age of 17, LP Tim to learning with LP Singh and then he also studied knowledge of LP Sang from textbook and went to Tudong for gain knowledge, Wisha, Arkom and became a famous Top Monk in Rayong province. He created many famous of amulets such as Phra Kring ChinaBunchorn, Phra Khun Paen Guman Plaai, Phra Pidta and a lot more. LP Tim passed away in BE2518 at the age of 72 years old. 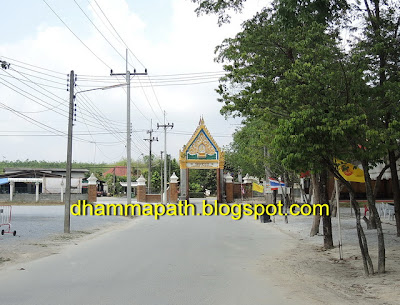 The temple gate of Wat Lahanrai. 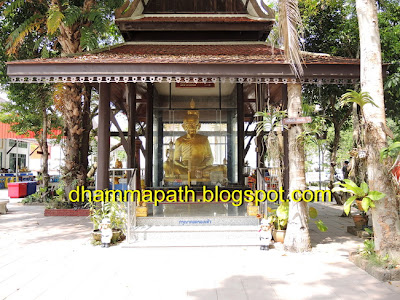 The Shrine of LP Tim Isariko. 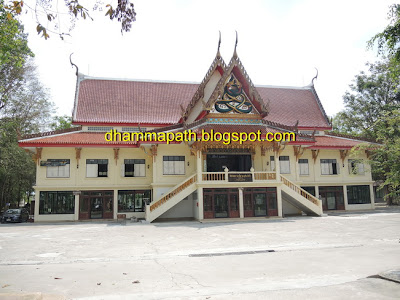 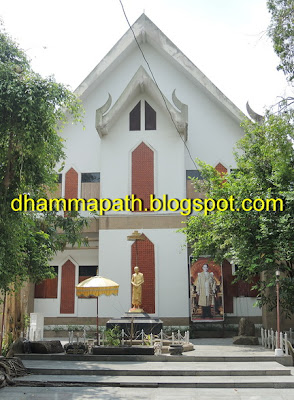 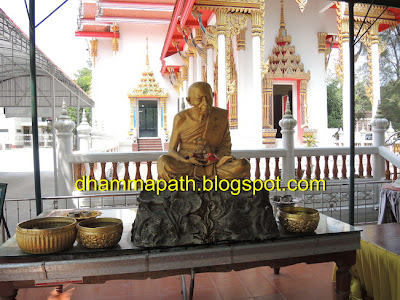 The statues of standing LP Tim and LP Tim sitting on Lotus base. 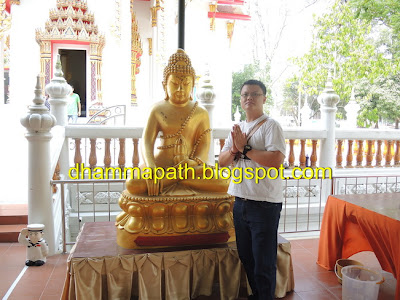 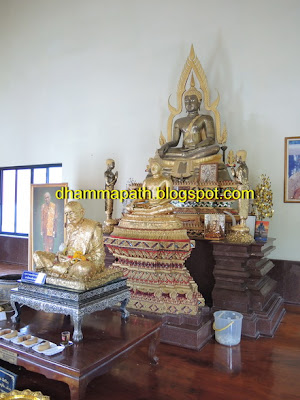 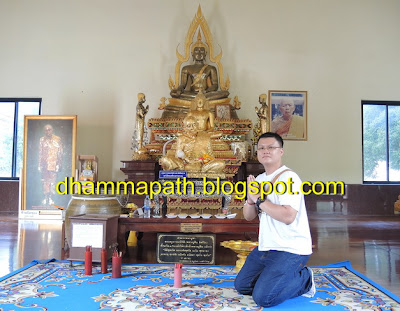 Photo taken inside the Ubosot, the main Phra Buddha statues and LP Tim's statues with his portrait. 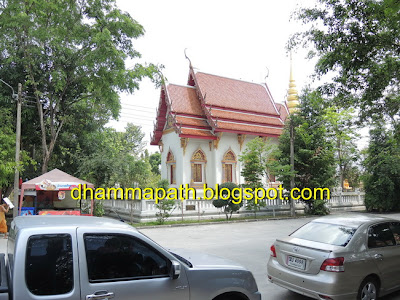 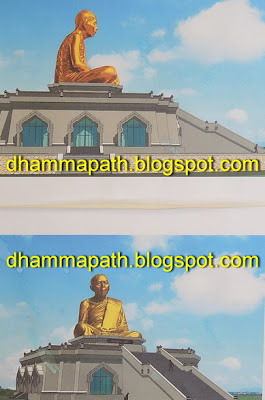 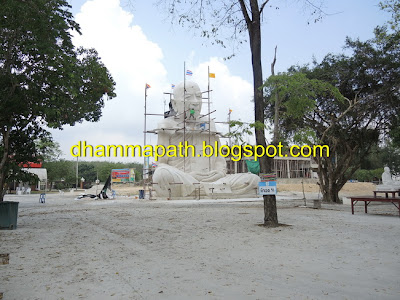 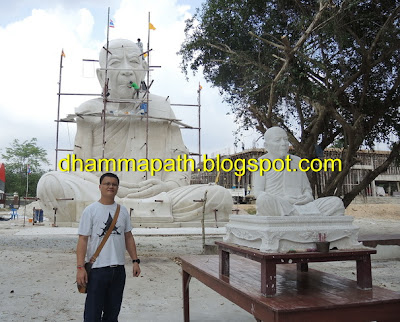 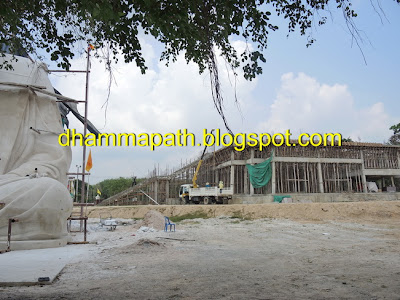 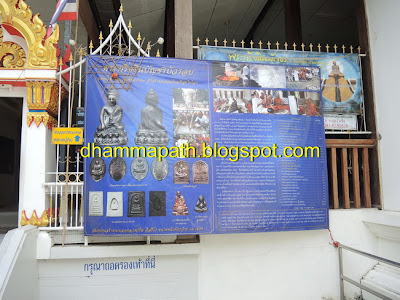 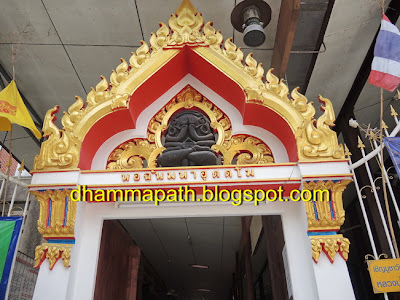 The new batch of amulets banner was hang beside the Gate with Huge Phra Pidta Yant Yung at top. 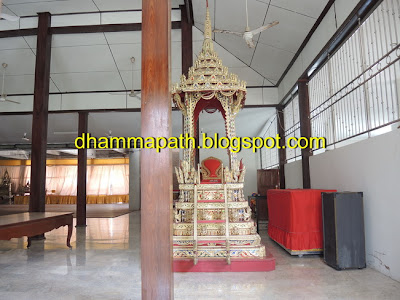 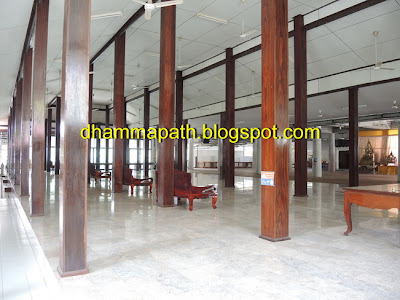 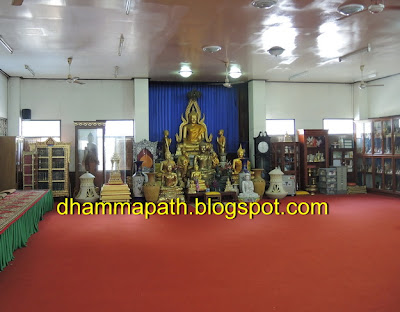 Inside view of Sala building. 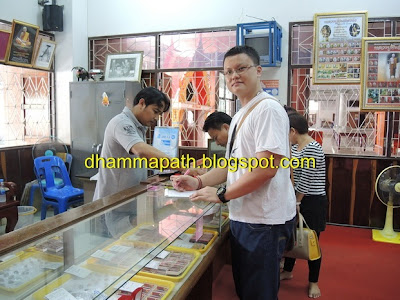 Photo taken at the amulet counter of Wat Lahanrai. 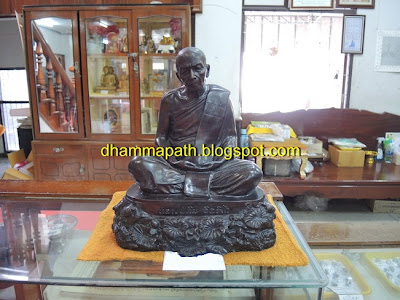 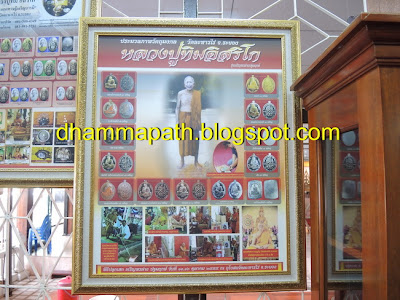 The new batch of LP Tim's statue sitting on Lotus and photos of past amulets from Wat Laharai, blessed by LP Sackorn and other Top Monks.
.
See more Amulets from LP Tim or Wat Lahanrai at:
http://thaiamulets-dhammapath.blogspot.com/search/label/Wat%20Lahanrai
.
See more Thai amulets for rent at:
http://www.thaiamulets-dhammapath.blogspot.com/
Posted by Kenneth Phoon at 3:55 AM