This year I took changed for a while to photograph such a big event of International Alms Offering And MahaSanghaDana 2012 in Hatyai. Early on the morning of Sunday 26th August 2012, there will be a mass Alms Giving Ceremony in Hatyai - NiphatUthit 3 Rd. An estimated 10,000 monks and a greater number of laypeople are expected took part of the event. The main road were closed for the event and have 2 places of the offering alms taking part at the same time. 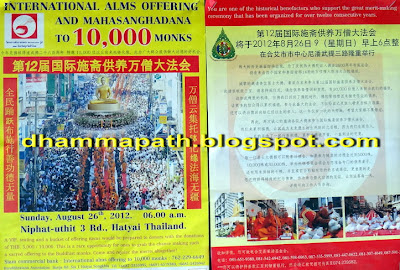 This big event is organised by Punditrattana Association and above is the poster that you could see everywhere in Hatyai town. 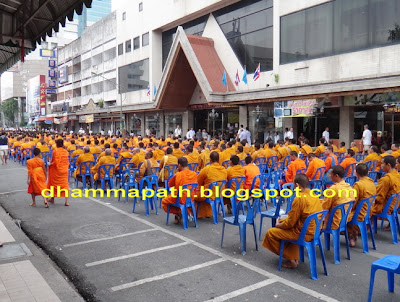 Many monks were came and Chanting was started. 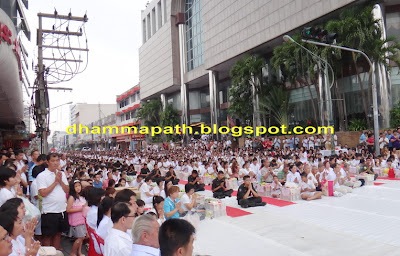 Big crowded of laypeople are took part for the event. 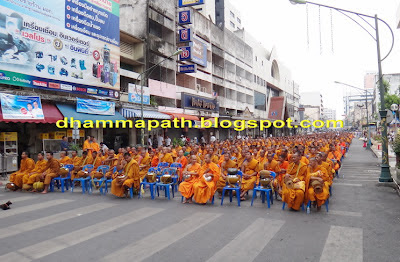 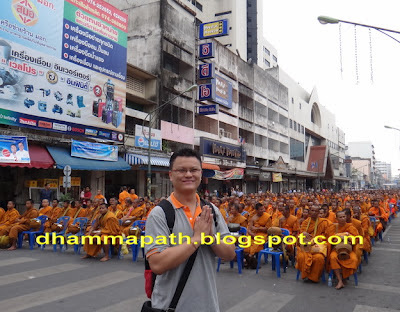 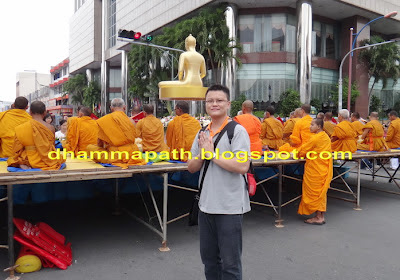 Photos taken around the event before offering alms is start. 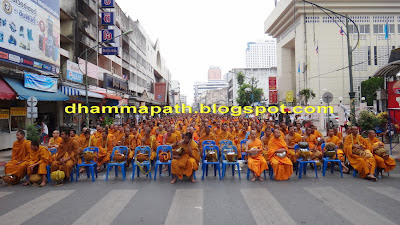 A grand view of the monks. 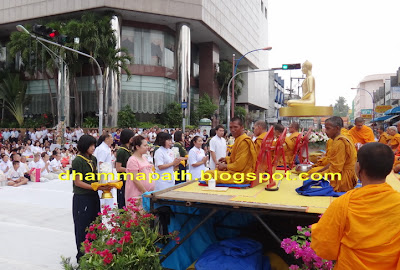 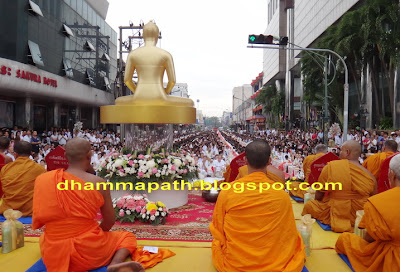 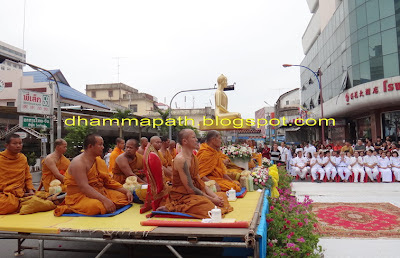 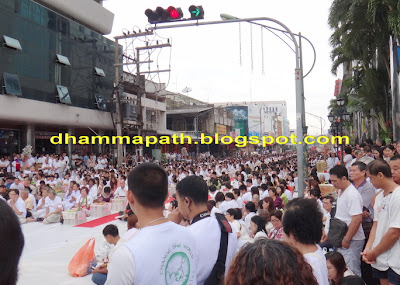 The event started with prayers and chanting. This place is one of the intersection of NiphatUthit 3 Rd. just at front of Sakura hotel. Another place of event took part is at intersection Odeon shopping mall. 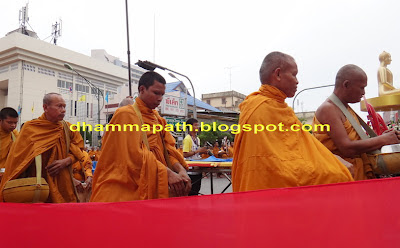 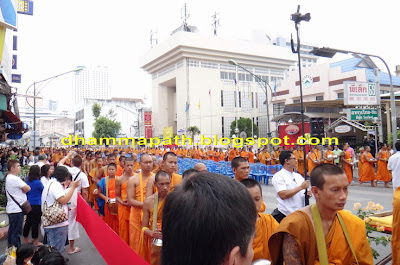 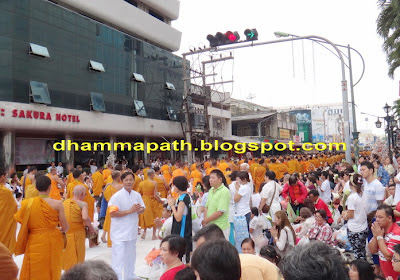 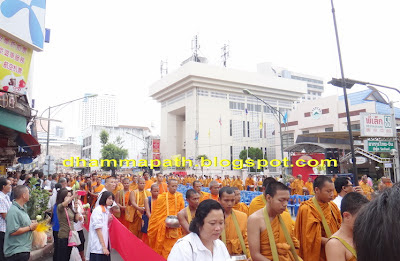 After chanting and a sermon, the offering alms were started. The monks then started to file down the paths between an estimated crowd of 50,000 lay people and the helper. 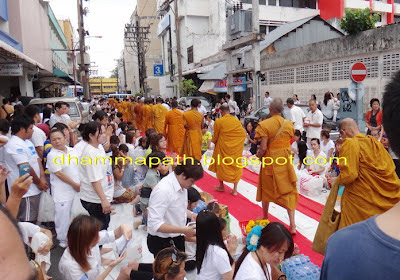 Another view of the offering took part at a small road. 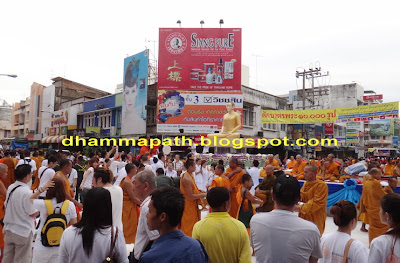 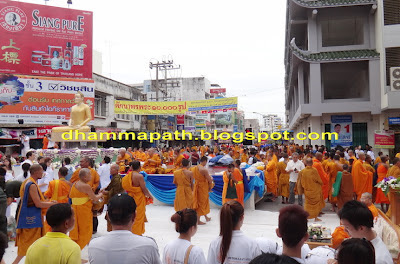 Here is another intersection of event happened at the same time. When I reached here, the offering alms were almost ended. 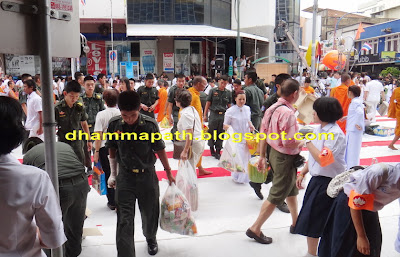 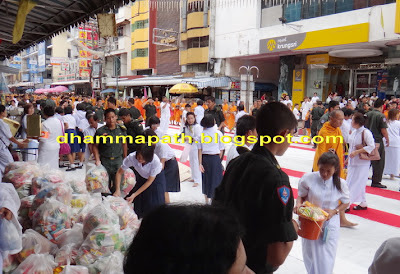 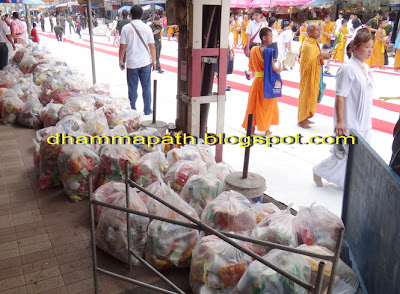 Many helper and devotees were helping to cleaned up the road and packed up the offering likes dried food along as well as rice, personal necessities such as soap, shampoo and toothpaste. Much of this dried food will be sent to the monks in the deep south who are unable to leave their temples. After the ended, the road was back to normal and business start as usual.
.
See more other Thai amulets at:

http://www.thaiamulets-dhammapath.blogspot.com/
Posted by Kenneth Phoon at 11:35 AM