See the construction process of the Phra Maha Mondop building at Wat Traimit in Yaowarat, Bangkok in the year BE 2551 (2008). 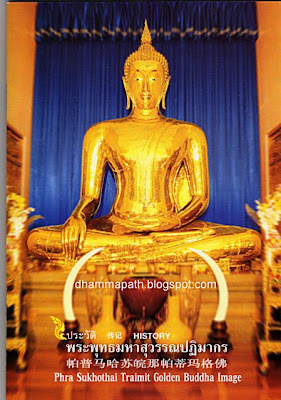 Wat Traimit Wittayaram or the Temple of the Golden Buddha stands at the junction of Traimit, Yaowarat and Charoen Krung Roads.
Just across from the main entrance of the temple is the Odeon circle and the archway to Chinatown Bangkok.
The Golden Buddha seated at Wat Traimait is 3.04 m high and cast in solid gold weighing 5.5 tonnes, price value at approximately 28.5 million pounds.

The statue has a very unusual history.
During the reign of King Rama III, a huge statue of Buddha apparently made of brown clay was installed in Wat Phrayakrai in the Yannawa district. This is the area to the south of the Taksin Bridge. Oriental Hotel and the other riverside hotels are to the north of the bridge.
In 1931, the temple was somehow abandoned and remained deserted until 1957 when the East Asiatic Company took over the premises.
When the temple had to be vacated, a crane was employed to move the statue. By a strange quirk of fortune, as the statue was hoisted up, it slipped from the straps and fell to the ground. The horror of the onlookers turned to surprise when they examined the statue.
The brown plaster shattered from the impact revealed a Buddha statue cast in solid gold.
A closer examination revealed that the statue dated back to the Sukhotai period in the 12th to 13th centuries. The statue was coated with brown plaster to discourage the Burmese from looting it. The ploy worked.
Since then, the Golden Buddha has been placed in Wat Traimit, Chinatown Bangkok. Today hundreds of devotees visit Wat Traimit daily to pay homage and pray at the feet of the Golden Buddha. 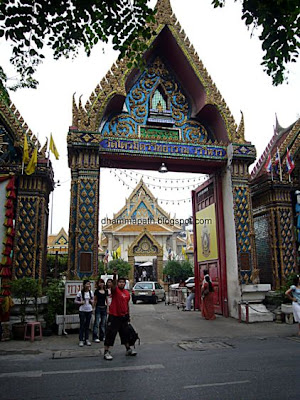 I visited Wat Traimit during a visit to Bangkok in April 2008 (BE2551), in the photo is the temple gate, my wife and my best friends. 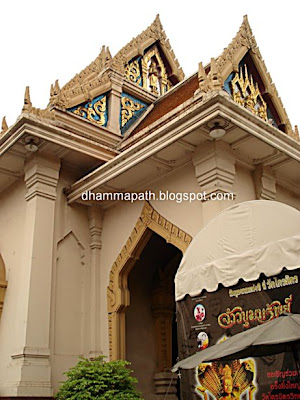 The Vihara building of Wat Traimit. 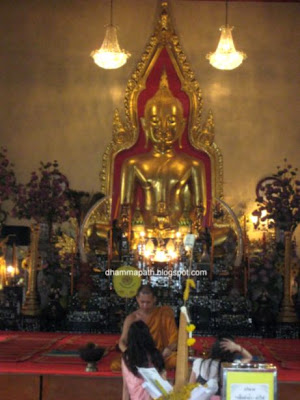 Inside the Vihara of Wat Traimit. 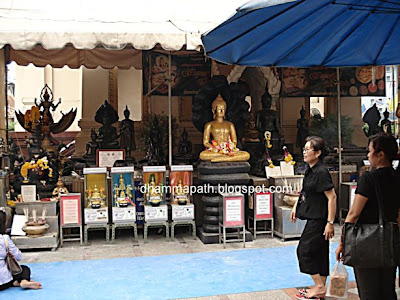 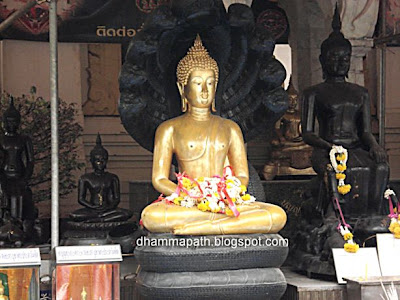 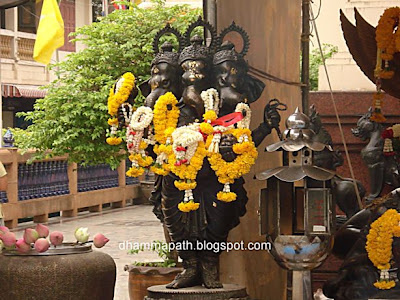 The Phra 3 Heads Pik Ganesha statue outside the old Vihara. 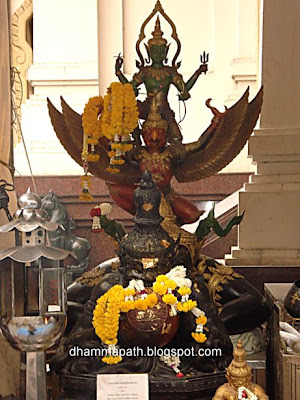 The Phra Narai Song Krut and Rahu statue outside of the old Vihara housing the Golden Buddha. 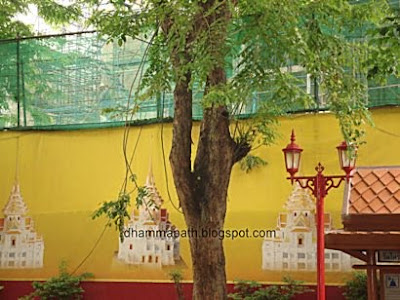 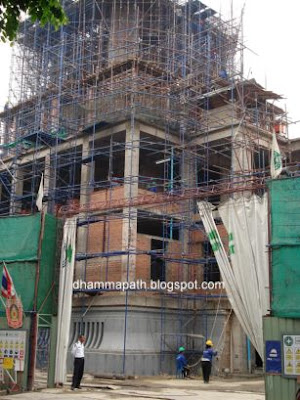 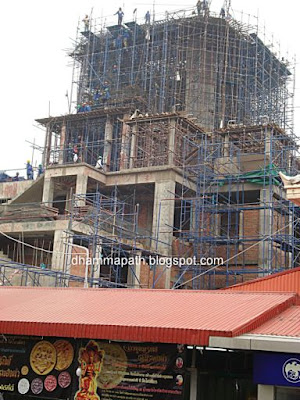 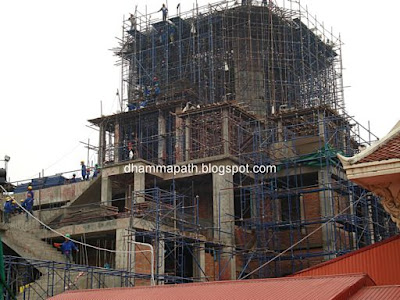 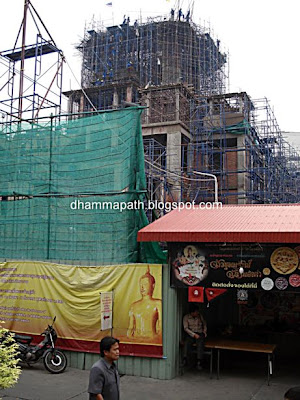 The new amulet banner and the building photo of the Mondop. It should be officially open by the end of the year BE 2552 (2009). 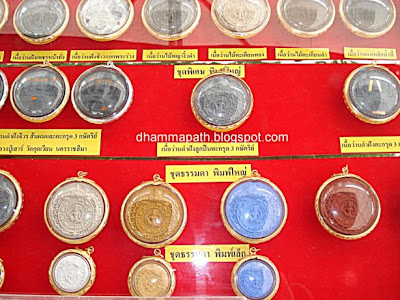 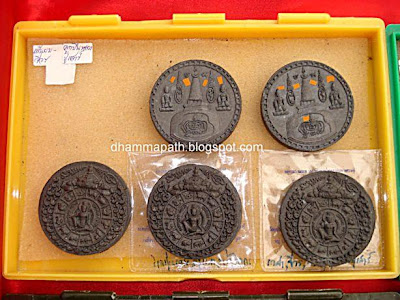 I obtain these amulets outside the temple Wat Traimit.

Posted by Kenneth Phoon at 8:56 AM