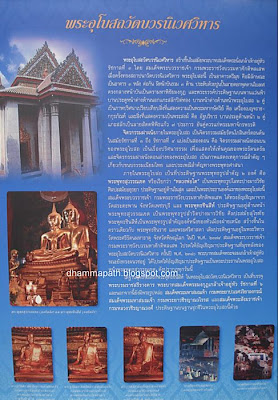 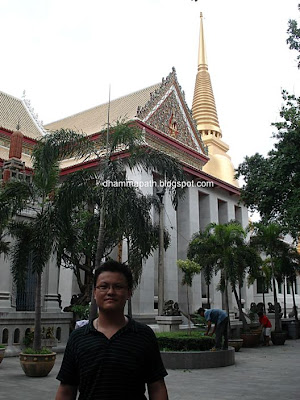 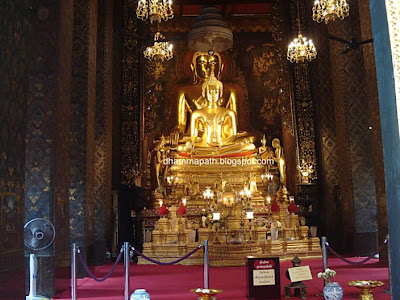 This monastery is a first grade Royal Temple of Ratchaworawiharn, which was built in the reign of King Rama III, by Somdet Phra Woraratchao Maha Sakdiphollasep during 1824-1832, and its former name was Wat Mai. In the year 1836, King Rama III had invited his younger brother, Prince Mongkut (Later - King Rama IV) in monkhood resided at Wat Rachathiwat to rule this temple, and named it Wat Bowonnivet Wiharn.

In the reign of King Rama VI, the nearby temple Wat Rangsi Sutthawat, and Wat Bowonnivet Wiharn were amalgamated into one temple in year 1923. Enshrining Phra Ubosot is a Brazen Buddha Image named Phra Phuttha Chinnasi in attitude of Subduing Mara Posture. The Image was shifted from Wat Phra Sri Rattana Mahathat in Phisanulok province. During monkhood King Rama VI, King Rama VII and King Rama IX has resided at this temple. 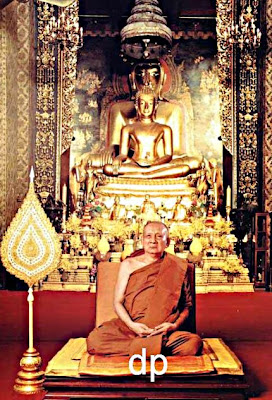 Wat Bowonnivet, the residence of the His Holiness Somdet Phra Nyanasamvara, the Supreme Patriarch will turn 96 on October 3 2009. 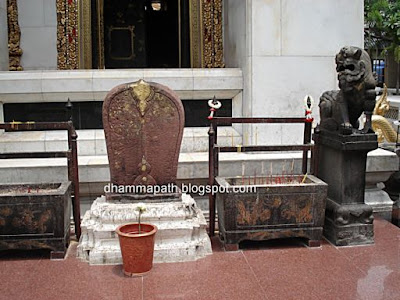 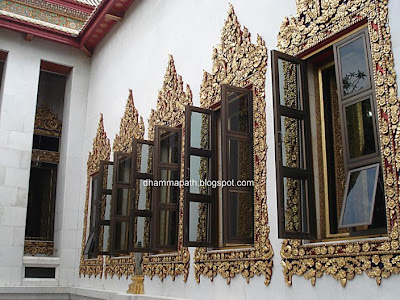 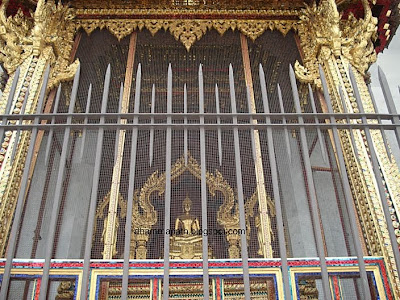 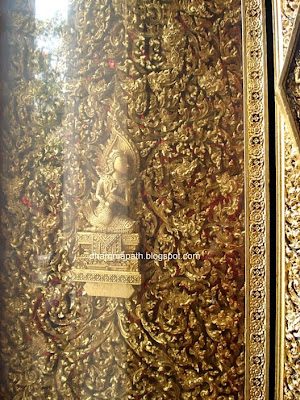 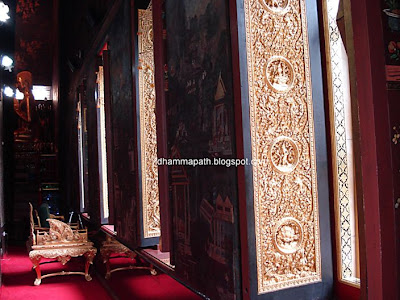 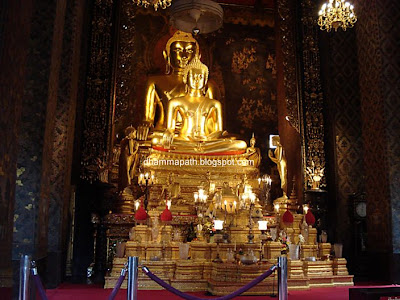 Phra Ubosot of Wat Bowonnivet is enshiring Brazen Buddha Image Phra Phuttha Chinnasi, which was shifted from Wat Phra Sri Rattana Mahathat in Phisanulok province. And the inside and outside view surrounding the Ubosot. 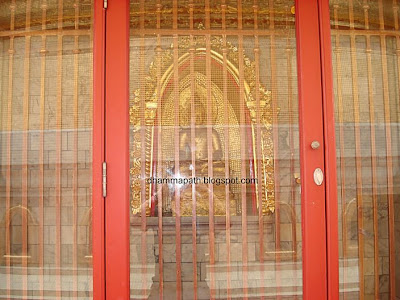 Facing south toward the Chedi, is a well-known Buddha image by the name of Phra Pairee Pinas - Enemies Vanquished . 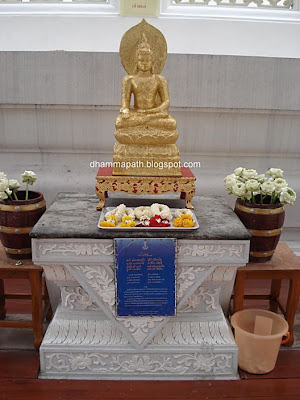 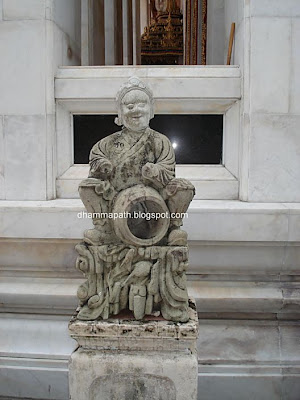 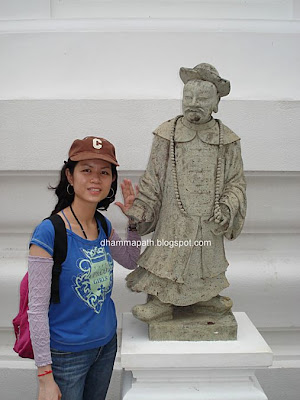 The elevated base, supporting a lower and upper terrace upon which the Chedi is situated, is decorated with lotus ponds and Chinese statuary, believed to have been brought from the Front Palace. 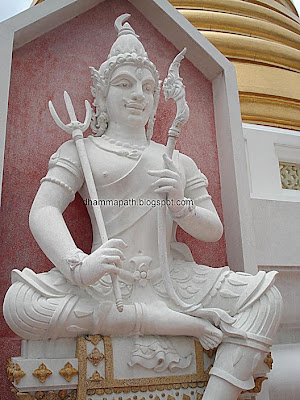 Four Chinese-style statues at each of the four corners host bas-relief panels that relate the story of Fa-hsien, the Chinese monk-pilgrim to South & Southeast Asia (traveling in India 399-414). 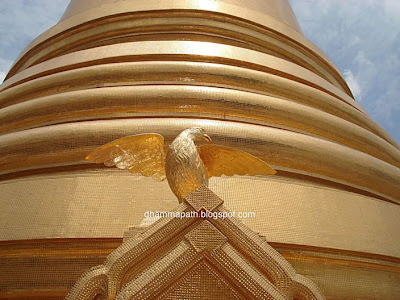 Above the Chedi each doorway you will see four animal figures, viz: North - bird, East - elephant, South - lion, West - horse. King Monkut had the figures placed here because the animal's Thai names sound similar to those countries that bordered Siam at that time. 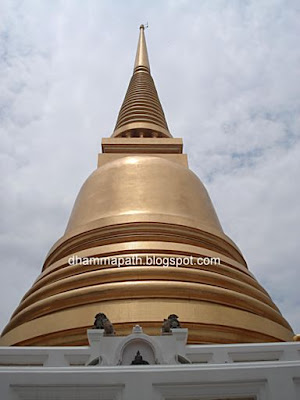 The Wat Bowon chedi is built in a similar style to that of the Phra Pathom Chedi or Great Pagoda of Nahkon Pathom Province. It is comparatively large for a city monastery, measuring over fifty meters high. Originally, the structure was covered with ordinary stuco, however, renovations in 1964 introduced the use of gold mosaic tiles, giving the chedi a massive and shining appearance. 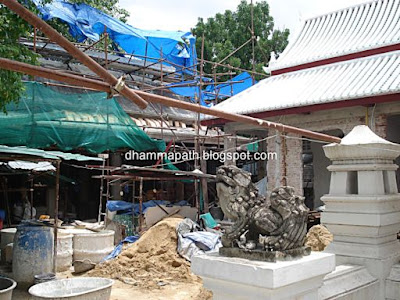 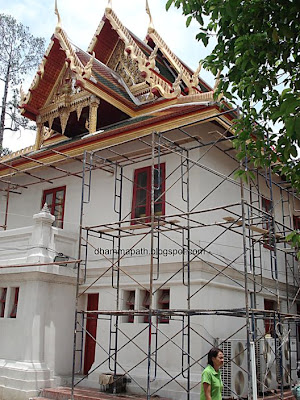 Wat Bowonniwet Vihara has for the last few years been under a royally sponsored, extensive renovation project, which oversaw the rebirth of the religious buildings (cetiya, chapel, shrine halls, etc.,) as well as many of the beautiful, historic residential buildings that grace the grounds. Also during this period, construction began of a new four-story building to commemorate the 96th birthday anniversary of His Holiness Somdet Phra Nyanasamvara, the Supreme Patriarch of Thailand and current abbot. Even though one may still see several buildings with scaffolding, the majority of the renovations are complete. 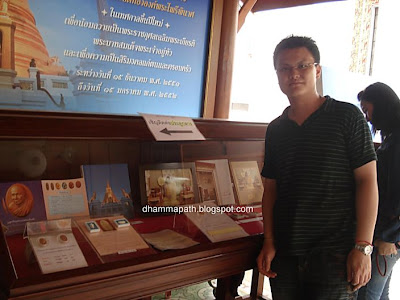 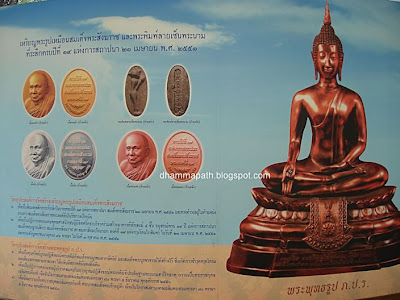 The amulets counter of Wat Bowon and the banner of new amulets release. I obtained many Phra Pairee Pinas amulets, Supreme Patriarch rian,.....

See more information of this Phra Pairee Pinas amulet and other amulets from Wat Bowon at:
http://thaiamulets-dhammapath.blogspot.com/2009_11_01_archive.html

.
Or other amulets at:
http://www.thaiamulets-dhammapath.blogspot.com/

Posted by Kenneth Phoon at 8:57 AM