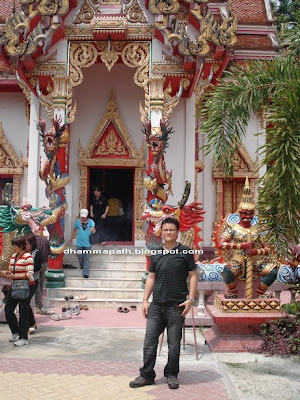 I made a pilgrimage trip to Hadyai, Songkhla Province in Southern Thailand on 2nd August 2008. Wat Pahkoh is one of the most popular temples near Hadyai and I saw for myself the legendary body of Luang Phor Thong (former abbot of Wat Pahkoh) is keeping. Wat Pahkoh is thriving with pilgrims from Malaysia, Singapore and Thailand, who come daily to pay respect to him and ask for various blessings. On top photo, all the devotees and followers will come to pay tribute to the master inside the wiharn of Wat Pahkoh. 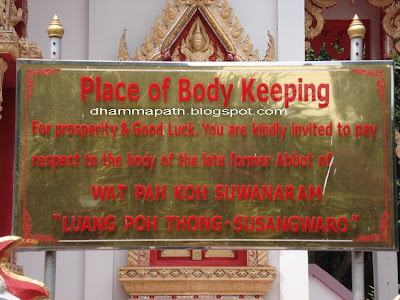 The temple has provided this signboard for the convenience of devotees from the whole region. 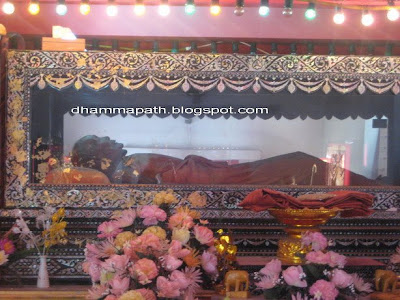 The body of Luang Phor Thong, whose physical body shows no sign of decay after passing away since the year 2000, at the age of 93. 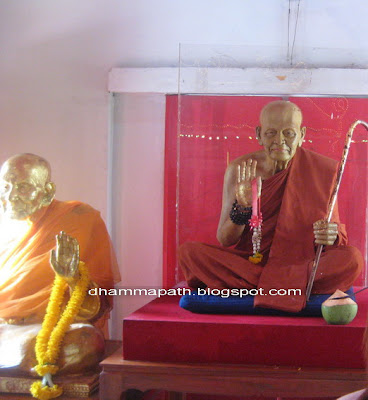 The Luang Phor Thong statue placed inside the same wiharn. 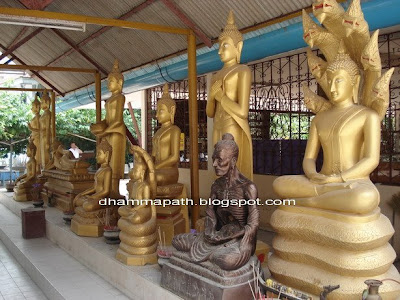 Buddha to pay respect to for everyday of the week. 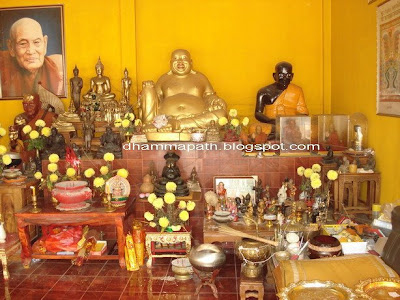 On top, photo of Luang Phor Thong and statues on the altar . 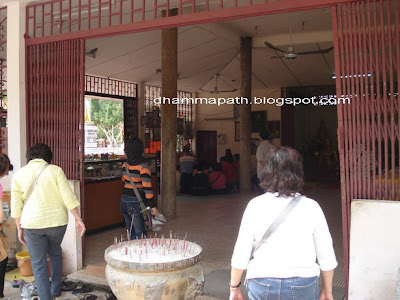 Inside the hall, all the devotees ask for blessings. 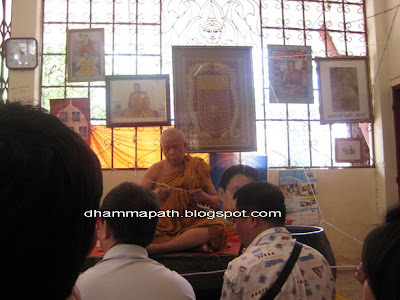 In the hall, a blessing ceremony was taking place at the time. 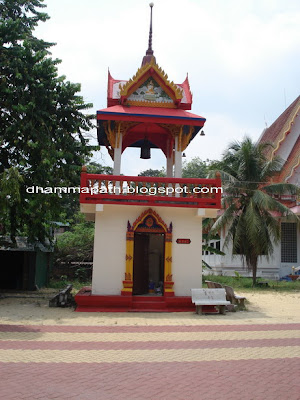 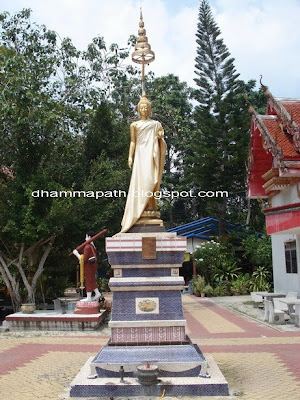 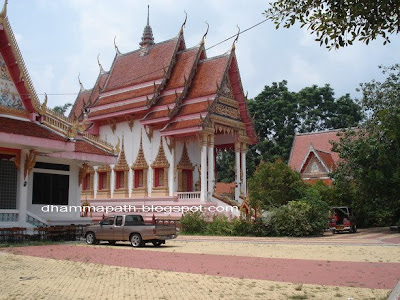 This Ubosot is closed during my visit. 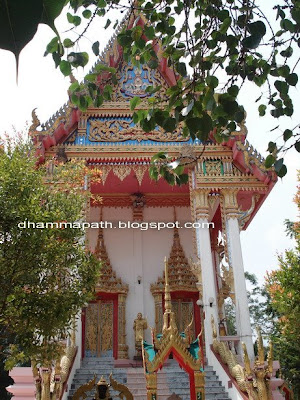 The close-up view in front the Ubosot, at the center the Luang Phor Thong statue is welcome the visitor. 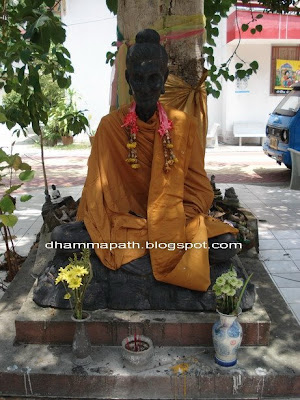 Maha Kassapa, the Buddha's foremost disciple who was also not cremated. For the future generations of Buddhists from the world to gain confidence in the Triple Gems after seeing the miraculous aspects of the dhamma through his undecaying body.

There are Triple Gems in the Buddhism which symbolize;


First:The Buddha- the Enlightened One or the Awakened One.


Second:Dhamma- the teachings of Buddha;the eternal truth or mean reality.


Third:The Sangha- the community who pratices the dhamma. 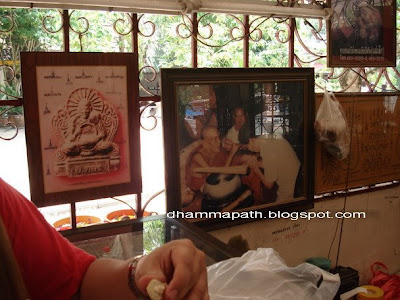 This photo is taken at the amulet counter. 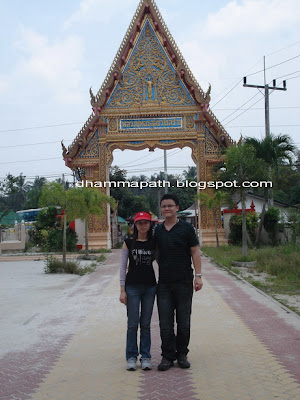 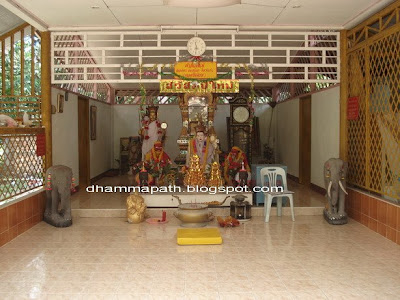 Inside, I also got to see Maechee Niam's skeletal remains.Out of respect for his female teacher who had died decades ago, LP Thong kept the body in a glass chedi to be venerated by himself and his followers. 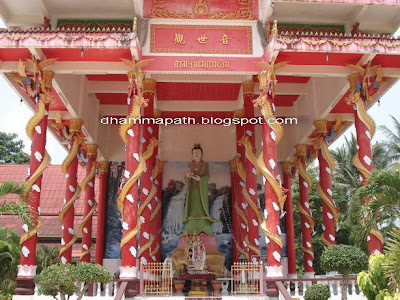 See more information of other interesting amulets at: http://www.thaiamulets-dhammapath.blogspot.com/

Posted by Kenneth Phoon at 8:16 AM