When we arrived Golden Triangle, a must visit is the hill top temple, located the temple Wat Phra That Pu Khao. And the down hill (beside Mekong River) is located this Ban Sop Ruak - Golden Buddha on Ship - at intersection of 3 countries: Laos, Myanmar and Thailand. 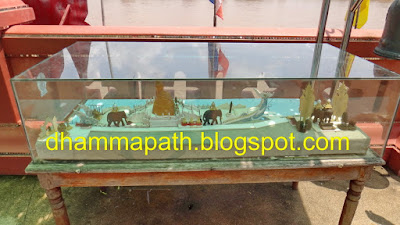 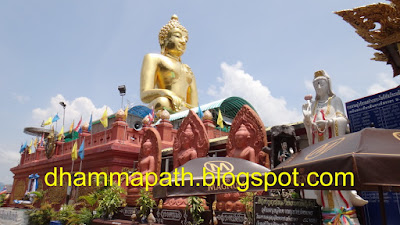 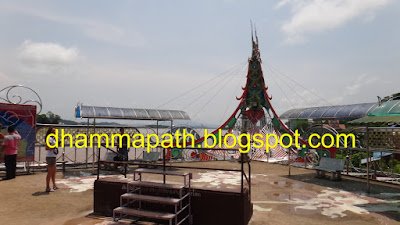 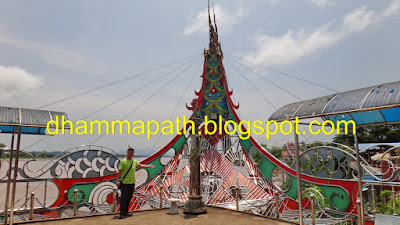 Me and photo taken at the ship bow. 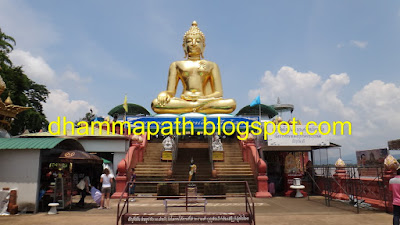 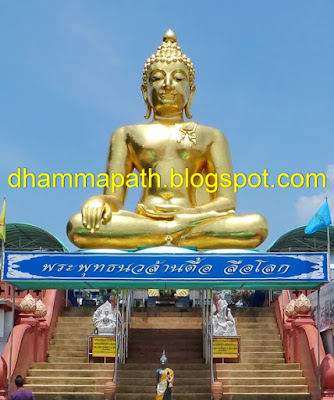 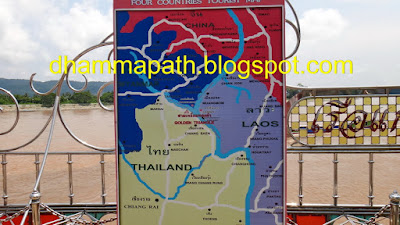 The map of Golden Triangle at the intersection of 3 countries: Laos, Myanmar and Thailand. 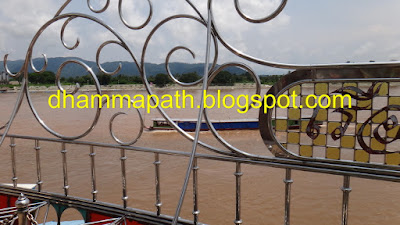 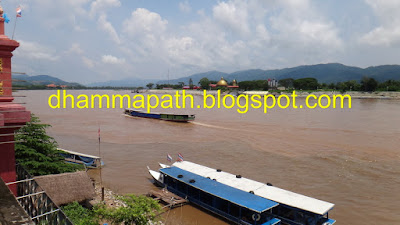 The Mekong river and opposite is Laos country. 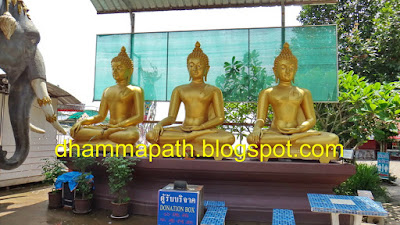 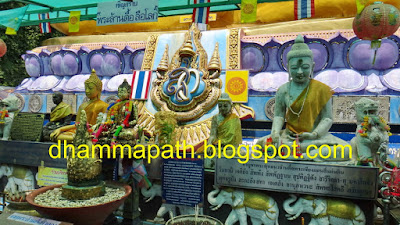 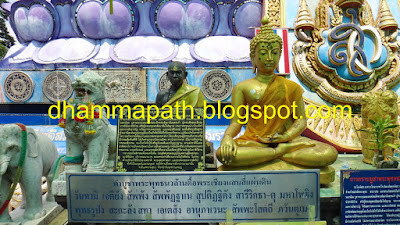 More Phra Buddha statues venerated on the ship deck and front side the Giant Golden Buddha. 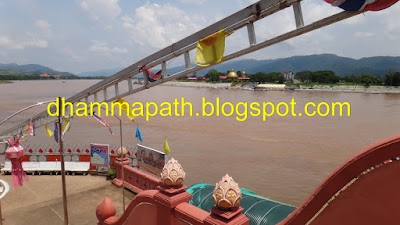 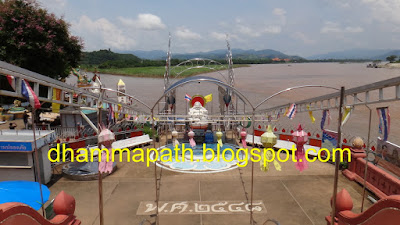 The stern of the ship (venerated Phra Sangkachai), back part of ship with facing intersection the 3 countries. 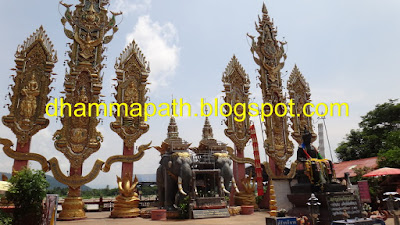 This is the beautiful shrine at front area of the ship or Golden Triangle Park. 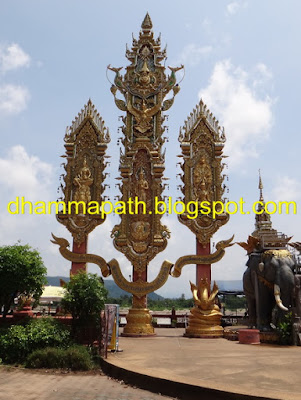 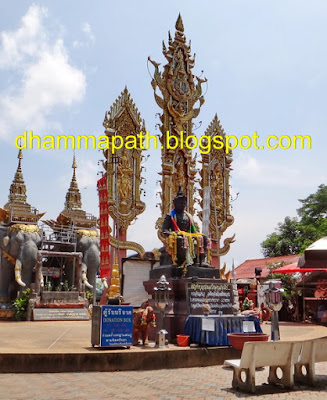 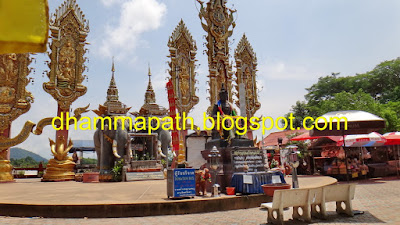 The Golden Triangle Park with shrine of Lanna King and side with some souvenir stall. 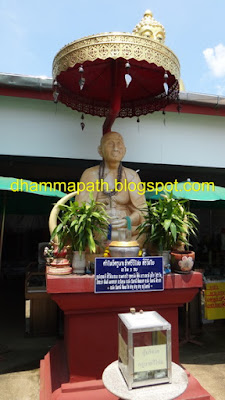 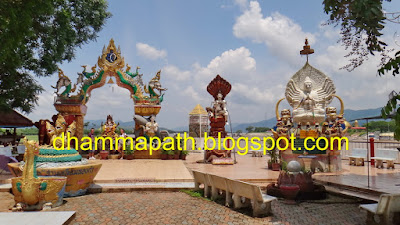