Chao Khun Nor was born on Saturday, 5th Febuary BE2440 and was the eldest in the family of 5 siblings. He was among the first batch of students at the Official University of Kingdom Siam, now known as Chulalongkorn University. After completing his studies, Chao Khun Nor became an officer in the King's Palace, then ruled by the 6th King of Thailand. He became the closest attendant to the King and he moved to the King's chamber and attended to the King's daily needs. After the death of the 6th King, CK Nor was devastated. He left the palace in BE2468.
His parents wanted him to get married with a lady teacher after seeing CK Nor so sad over the death of the King. However, before anything could be firmed up, CK Nor told his parents that he wanted to be ordained.
CK Nor ordained on 23th March BE2468 at Wat Thepsirintahwaht, a day before the 6th King was cremated. He became a monk as tum boon (giving merit) for the 6th King. CK Nor was a strict vegetarian who consumed only one meal a day and decided never to leave the monkhood. He was ordained by Somdej Phra Putta Koshacharn (Charoen), who was also his preceptor. Phra Putwiriyaaigon, the abbot of Wat Sommanatwihahn and Phra Udon Seelahkon Wat Dhepsirin were the Dhamma teachers.
CK Nor passed away on Friday 8th January BE2514 at the age of 74 after having lead a strict & disciplined lifestyle for 46 rain retreats. He was cremated on 22nd February BE2515. Although Chao Khun Nor has passed away, he is still fondly remembered until today and is immortalized in the hearts of many people. He remains as one of the most renowned and respected monks in Thailand. 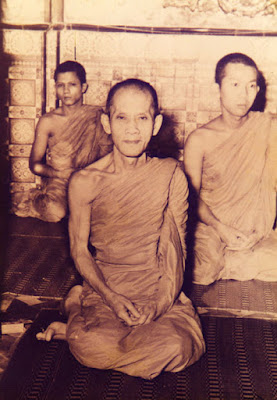 Wat Debsirindrawas Ratchaworawiharn (Wat Thepsirin) is situated near the Kasatsuek Bridge and Hua Lam Phong Railway Station. King Rama V ordered its construction in 1876 in memory of Queen Thepsirin, who was his mother. In 1893 he ordered a royal crematorium be constructed on the temple grounds. This was intended for royalty who were not given a state funeral at Sanam Luang and for the general public. It was unusual because normally a royal temple does not have a crematorium. On one side of the temple is the well-known Thepsirin School, and on the other side is the monastic residence area and a crematorium for royalty and other important personages. 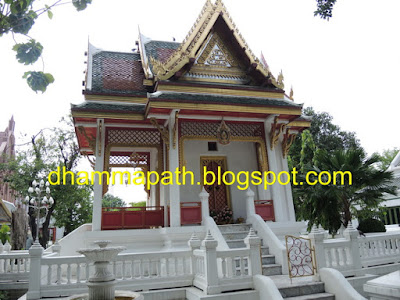 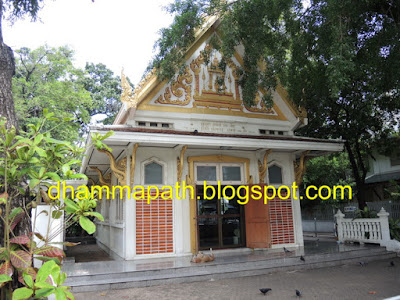 The small Wiharn for personages. 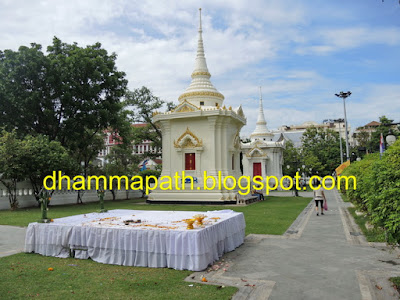 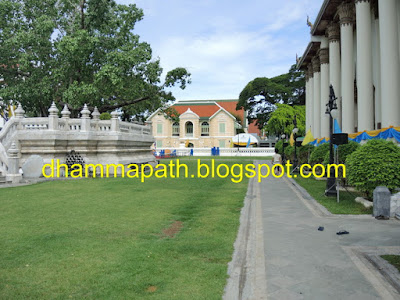 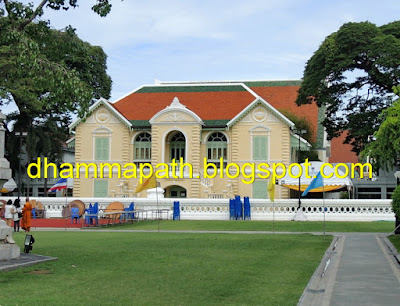 The unique sacred Chedi shape structures and other important building. 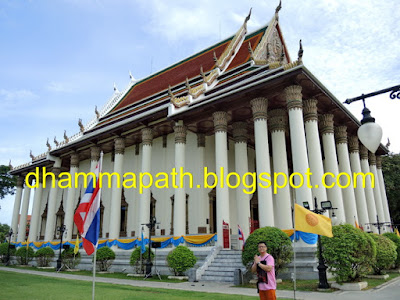 Important structures include the phra ubosot, which is large and beautifully decorated with LaiRodNam designs, the door and window frames. The ceiling are carved with designs depicting royal decorations. In the Phra Ubosot are enshrined many important Buddha images, such as the Phra Nirantarai, which is the official image of the Fourth Reign, installed in 1878 according to the wish of King Rama IV. 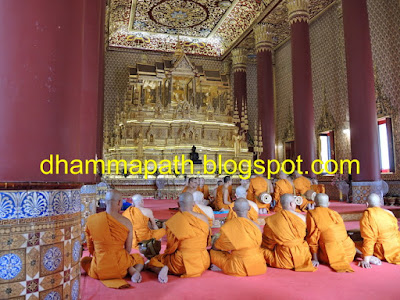 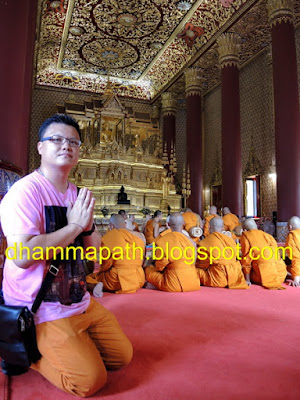 Photo taken inside the main Ubosot. 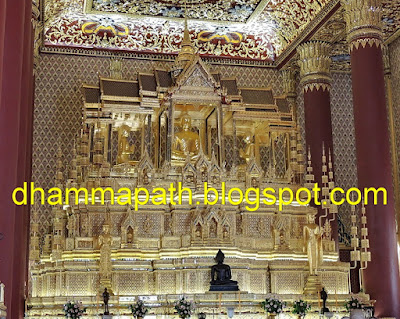 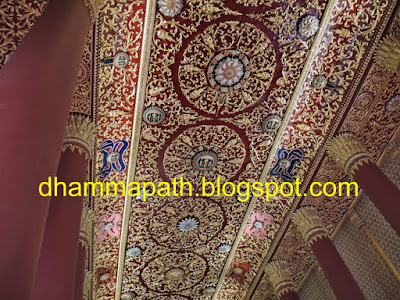 The beautiful designs depicting royal decorations and close view of Phra Buddha images, such as the Phra Nirantarai. 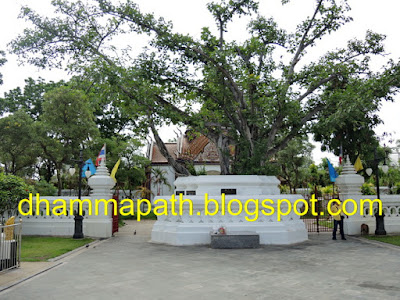 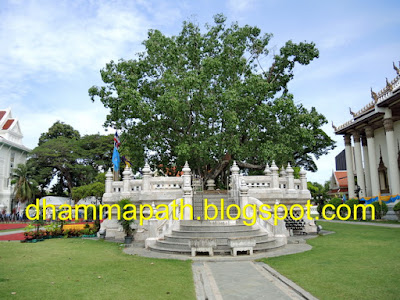 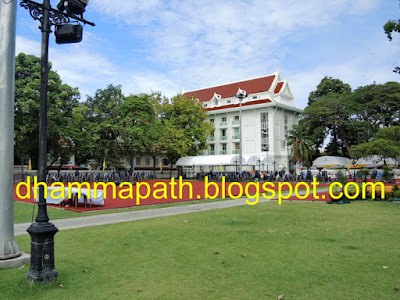