Here we share the temple journey of Wat Nong Pho at day time. 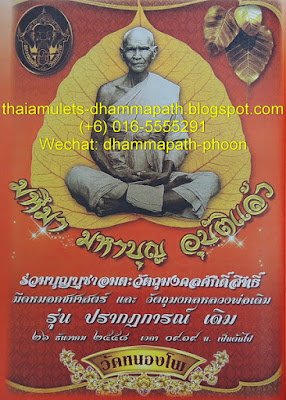 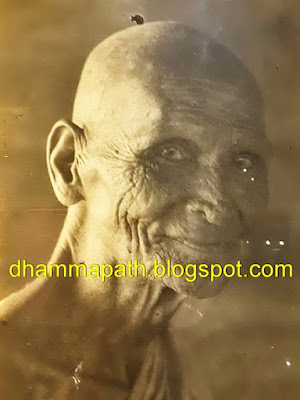 LP Derm is one of the greatest guru monks in Thailand. He was born in BE2403. He has helped to develops many temples in the province as well as the neighboring province. He passed away in 22 May 1951 (BE2494) at the age of 92 years old. When we read Luang Phor Derm's biography, he had a special knowledge’s to detect elephants mind and to communicate with them. Another superb protection talisman by LP Derm is magical knife Mitmor and knife mitmor from LP Derm is regarded very powerfully protective against all dangers and bad powers. LP Derm also popular for his Ivory amulets, he began making Ivory amulets and giving to his disciple for help them in daily life. The sacred Ivory was craved from tusks when the elephant died. As a preceptor, LP Derm was often invited to many temples to preside over the ordain ceremony. During the dry season, He will go to meditate and beg for rain. LP Derm sacred Holy amulets was very efficacious and gained respect from the people across Thailand. 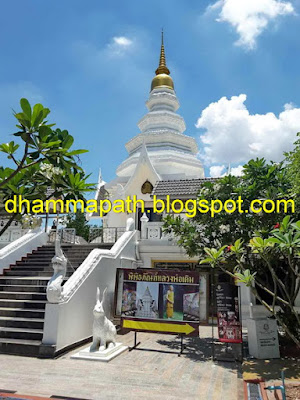 The beautiful Phra MahaThat Pagoda for the Museum pagoda. Inside is display many Holy item from LP Derm and also wax statues of LP Derm. 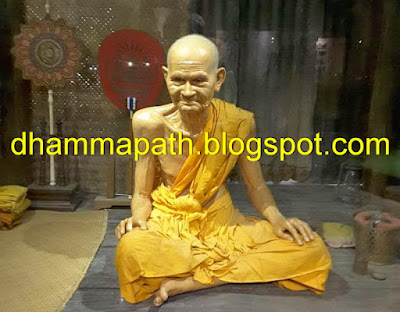 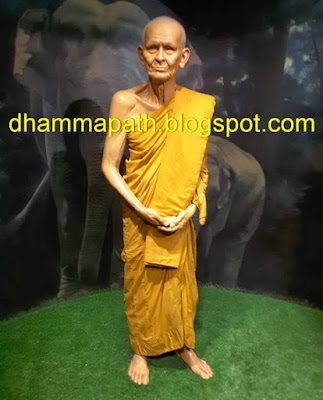 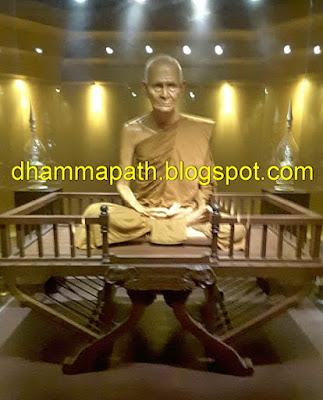 The sacred of variety Wax statues of LP Derm were venerated inside the Museum. 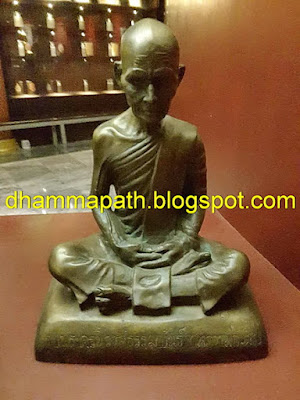 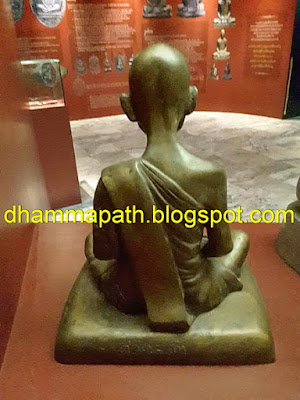 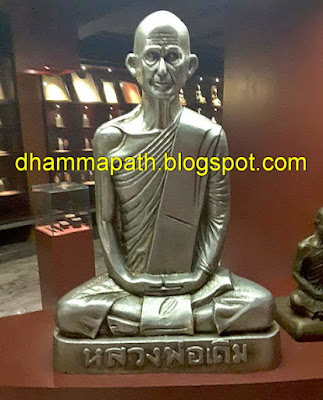 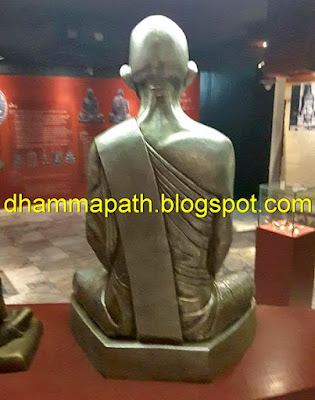 The sacred Bucha of LP Derm. 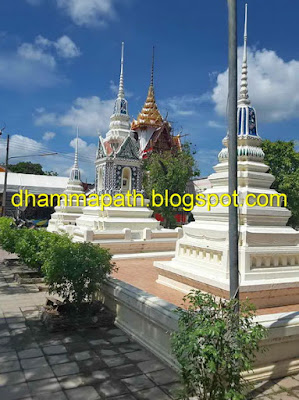 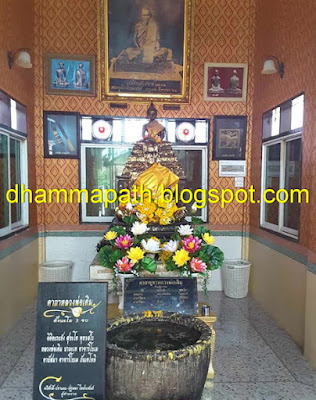 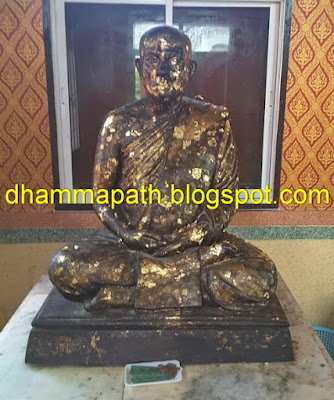 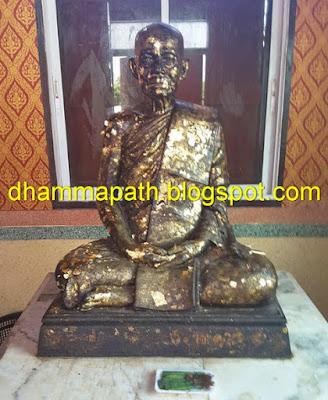 The main altar inside the wiharn with statues of LP Derm and past abbot of Wat NongPho. 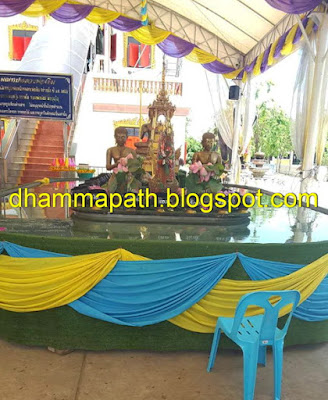 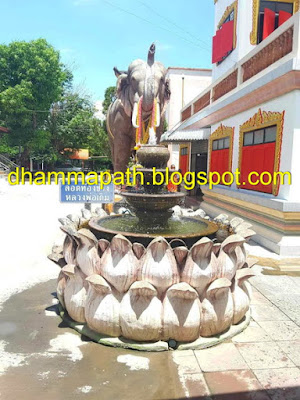 The small pond with boat of veneration of Phra Buddha statues and with Elephant statue at side building. 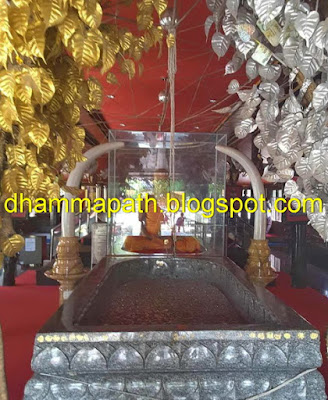 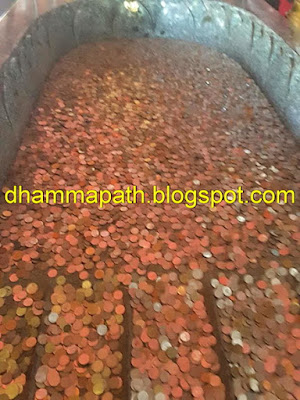 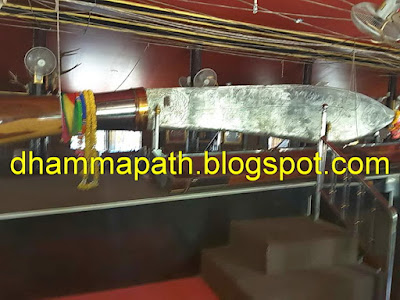 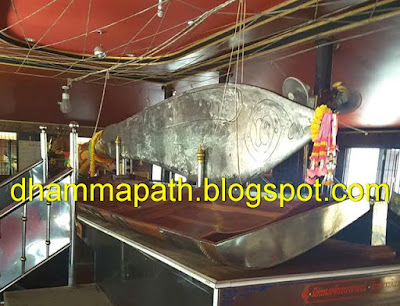 The Giant Magical Knife ~ The sacred Mitmor of LP Derm. 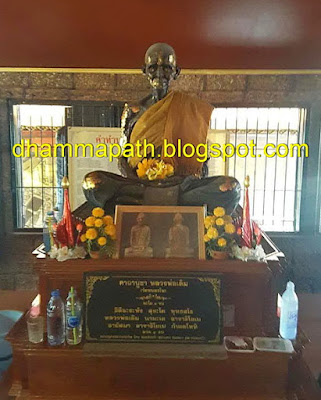 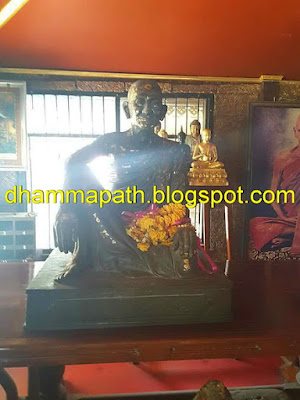 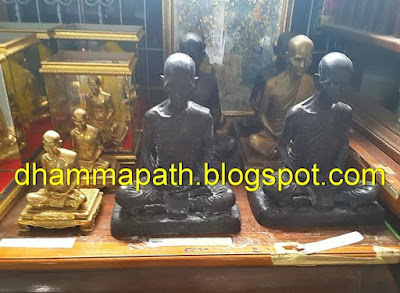 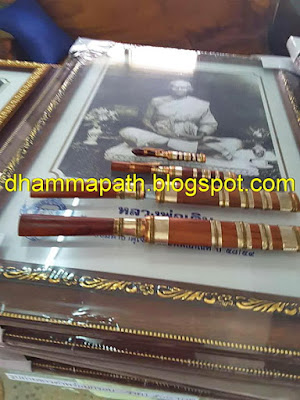 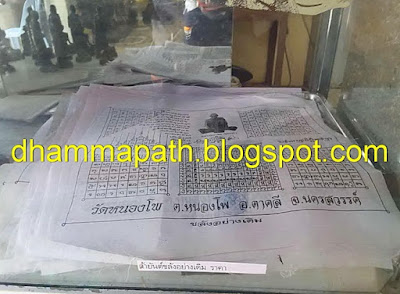