LP Gliang was admitted in hospital during we pay a short trip to temple Wat Nern Sutthawat. LP Gliang is very famous for expertise for creating "Phra Hanuman" and his popularity has increased tremendously in recent years. Wat Nern Sutthawat is located at Hill Sutthawat, Chonburi province. His perseverance and entrenched in strict discipline with monastic simplicity of living had gained popularity and respected by devotees. 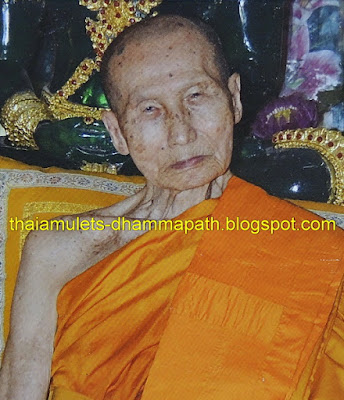 LP Gliang Manunyo (PhraKru Pisit Chalopakarn) is abbot of Wat Nern Sutthawat, Chonburi province. LP Gliang was born in year BE2461 in Chonburi Province and he got ordained as a monk at age 21 in year BE2482. LP Gliang is one of the oldest monk and most respect in Chonburi. He very famous to create amulet of Phra Hanuman and he gave talismans to Police and Soldiers to make them safe during duty. LP Gliang is with mercy and good behaviors had gain devotees admire and respect. 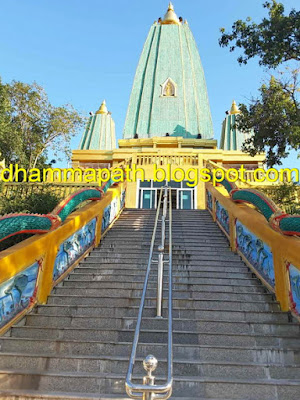 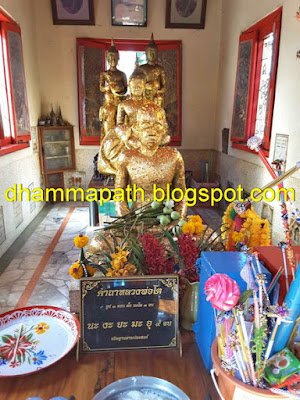 The main altar with Phra Buddha and previous abbot statues. 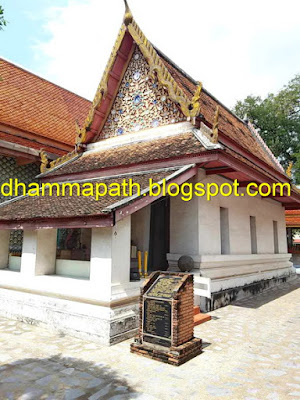 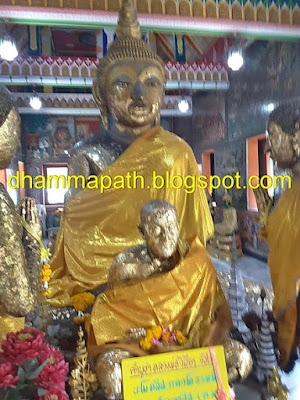 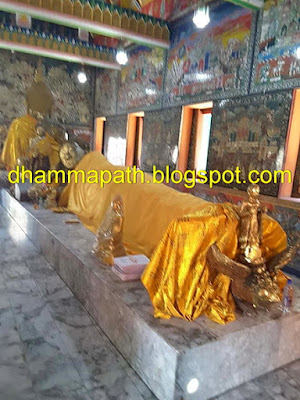 The sacred Reclining Buddha statue inside the wiharn. 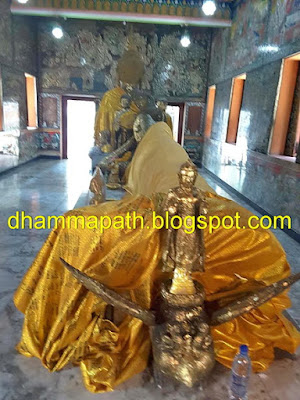 The small monday Phra Buddha with style of Pang HaamYad. 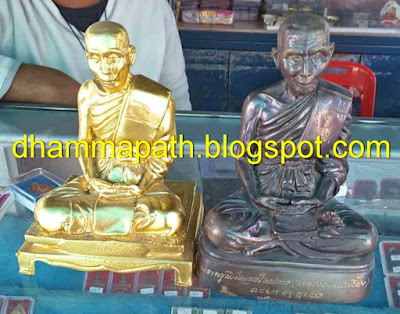 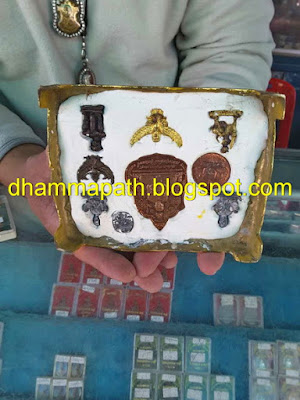 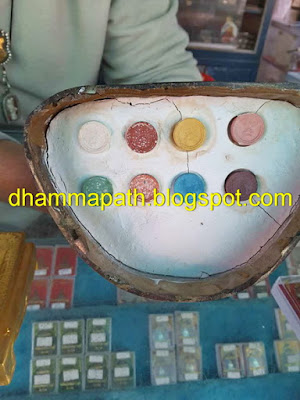 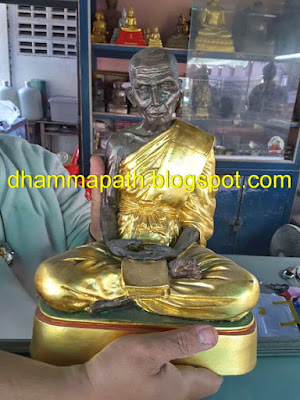 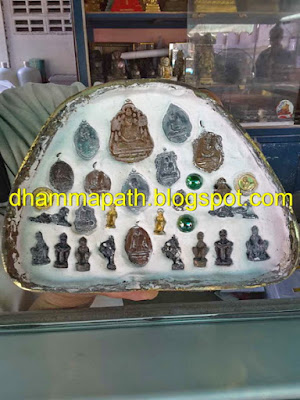 The sacred big bucha LP Gliang, thanks for the helper at amulet counter to holding the bucha for me took the photo.
.
See info LP Gliang - Wat Nern Sutthawat amulets at:
http://thaiamulets-dhammapath.blogspot.my/search/label/Wat%20Nern%20Sutthawat.
See more other amulets at:
http://thaiamulets-dhammapath.blogspot.com/
Posted by Kenneth Phoon at 12:04 PM