Revisited Wat Khao Or BE2559 - The Famous Temple For PutthaKhom Wicha In Phatthalung.

The sacred and popular Wat Kao Or and cave on the hill named “Tham Chatthanbanpot”, where is used to hold rites and ceremonies in past and present. Many sacred ceremonies hold and conducted inside this cave. According to legend says that Wat KaoOr in the past was the place where hermits drilled and later it became the center place for magic gurus to resided. Those gurus wanted to hand down their knowledge, so they taught magic to people who were interested. Year after year, magic, mantra and herbal medicine spread to people generation by generation. And until now where temple Wat KaoOr was established and recognized. 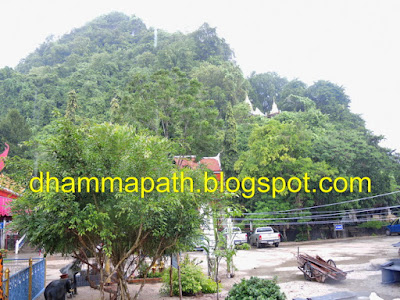 The whole view of hill Wat Khao Or. 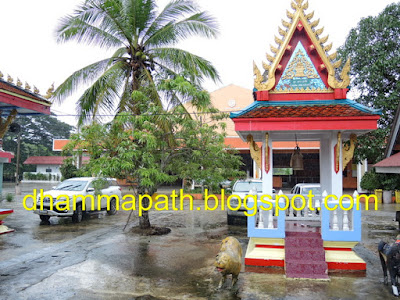 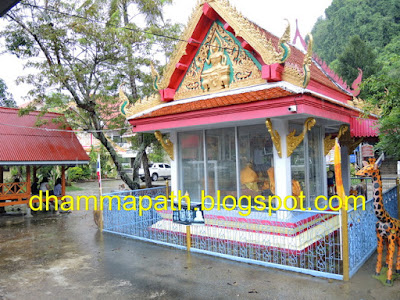 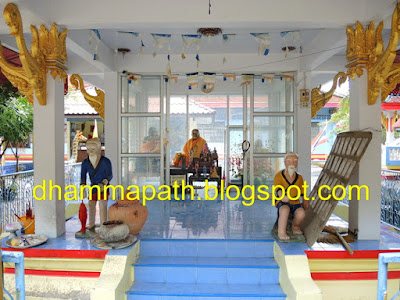 The small shrine for past Abbot with Phra Ajahn ThongTao statue. 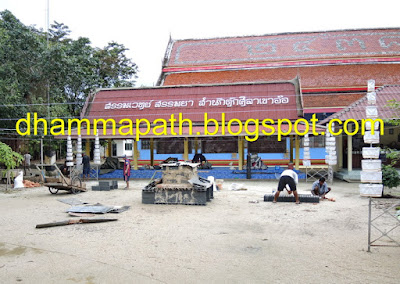 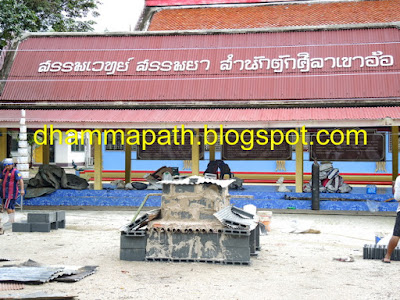 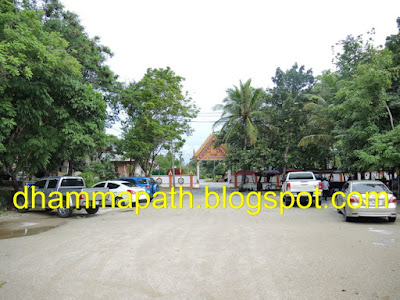 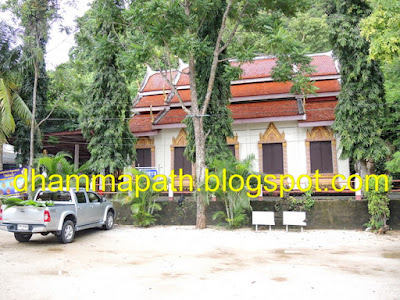 The temple gate and main Ubosot of Wat KaoOr. 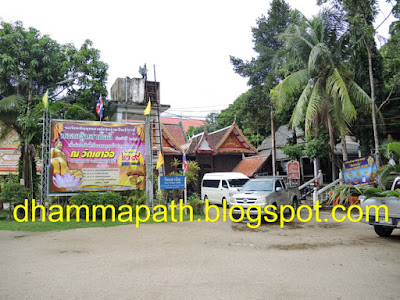 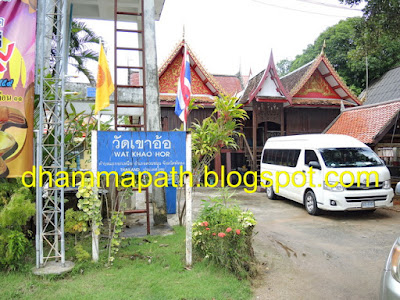 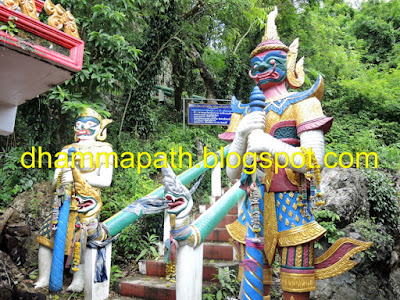 The ferocious Tao Wessuwan statues and stairway to hilltop. Because today was rainy day, we not going up. 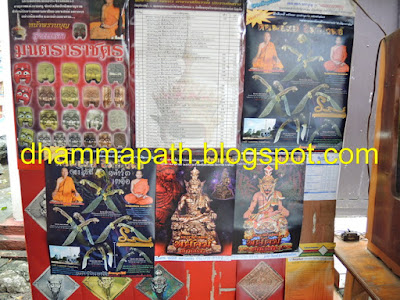 The new batch amulets by Wat Kao Or and other temples where the ceremony will conduct here. 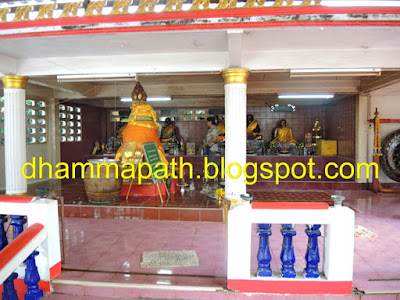 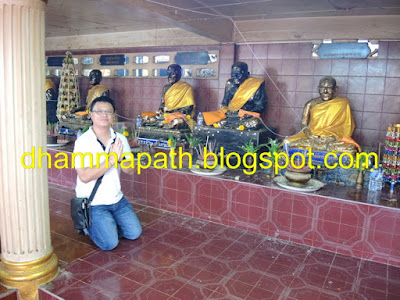 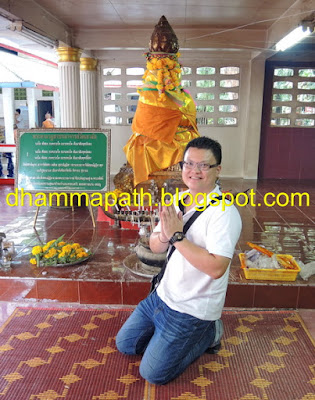 The sacred Chedi and photo taken with statues of past guru Monks Wat Khao Oor. 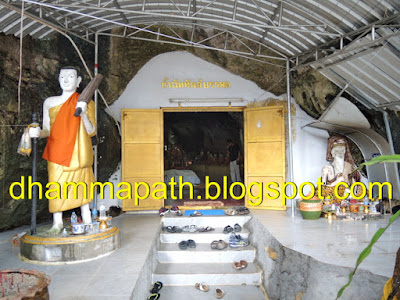 The entrance to cave Tham Chatthanbanpot and with statues of Phra Sivali and Phra Lersi. 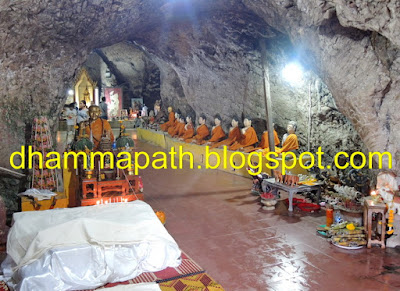 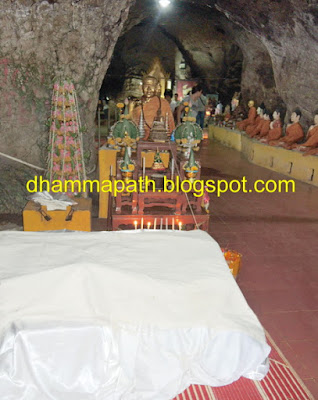 The sacred Holy materials for amulet (cover with plain white cloth) was put in front of Phra Ajahn ThongTao statue. 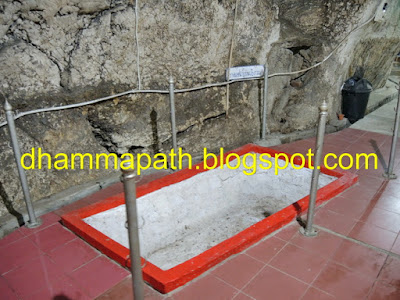 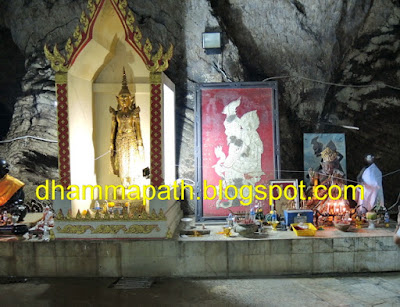 The sacred Phra Buddha statue and Phra Lersi statue were venerated inside the cave. 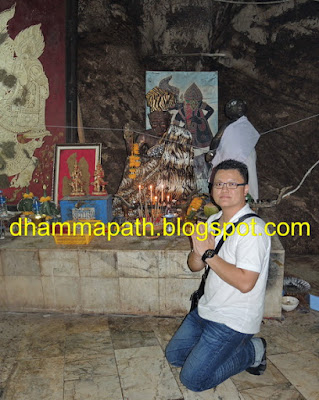 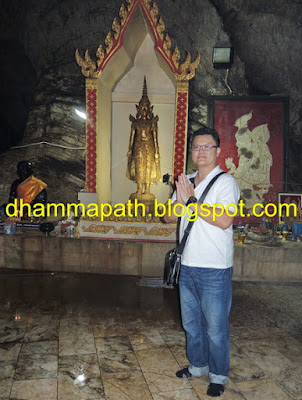 The photo taken inside the cave altar. 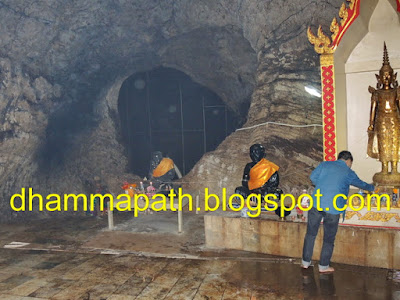 The another side with Phra Ajahn statues. 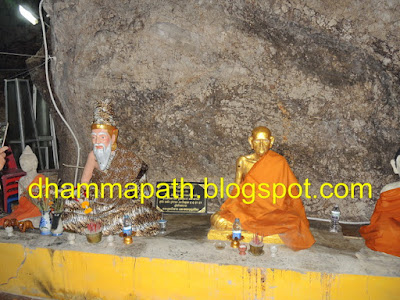 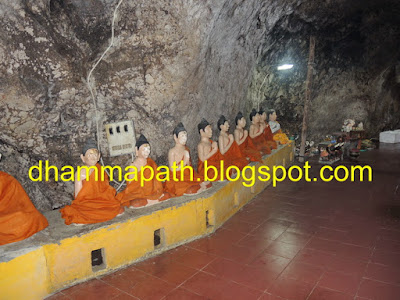 The veneration of Phra Lersi, Phra Ajahn and Phra Buddha statues inside the cave 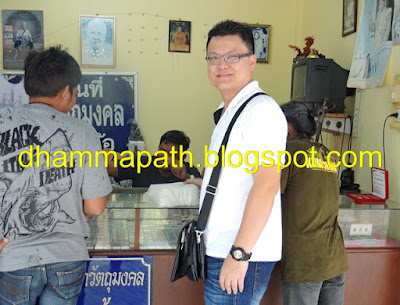