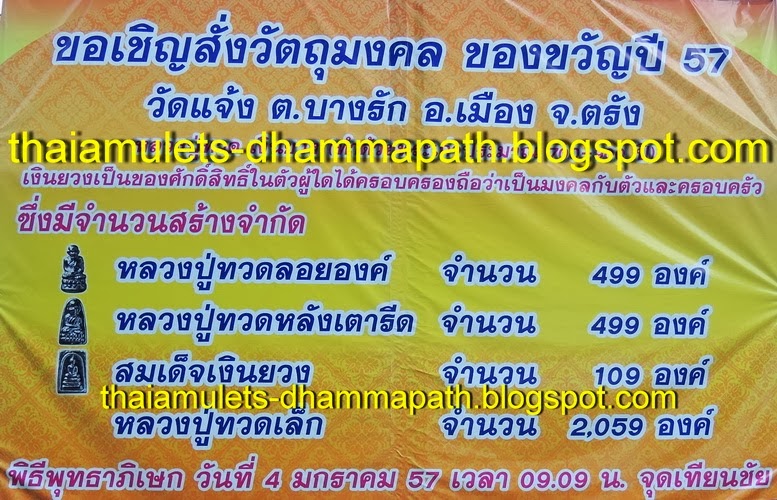 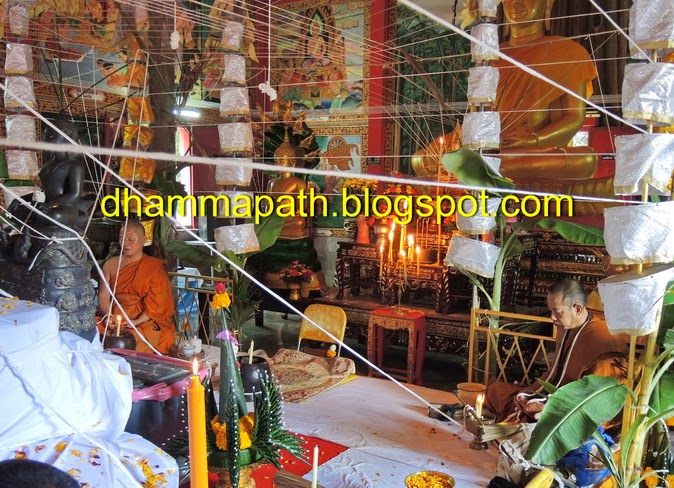 At early morning, first ceremony was conducted at Wat Jang by many Top Monks of Kao Or lineage. LP Ruang as abbot of Wat Jang, led the first ceremony and then also led the second ceremony. 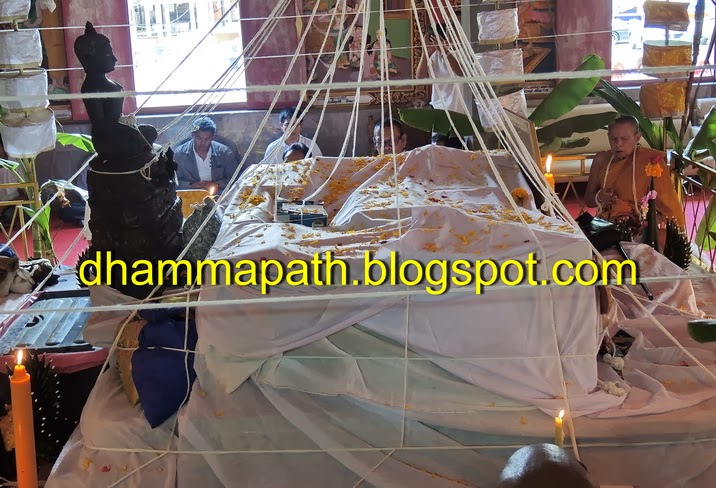 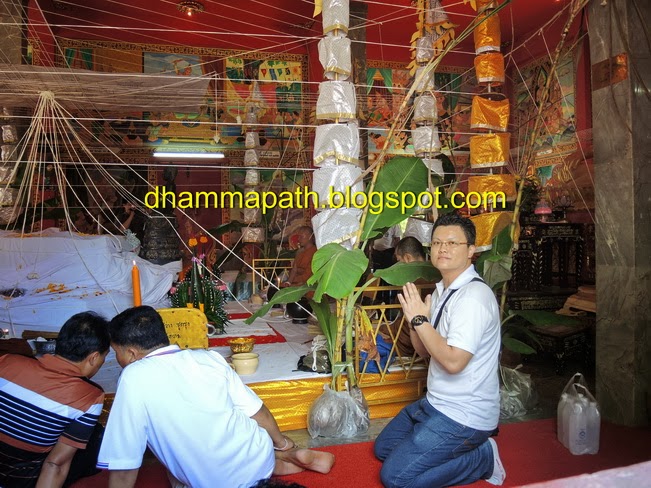 The photos taken during the second ceremony. 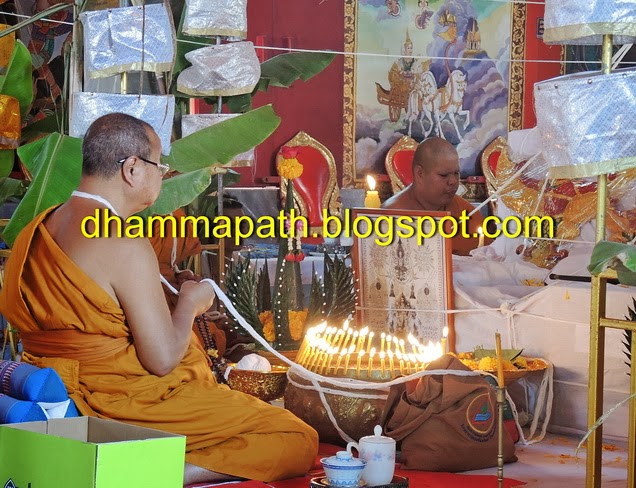 LP Ruang in deep consecrated in blessing ceremony for the whole empowerment amulets. 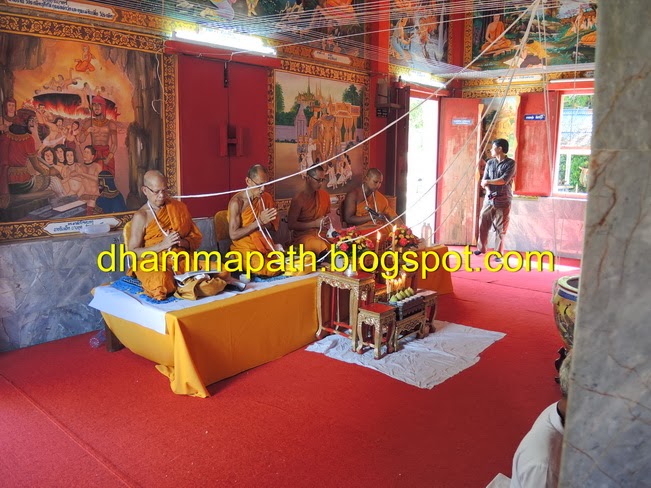 The monks and answer chanted at the side. 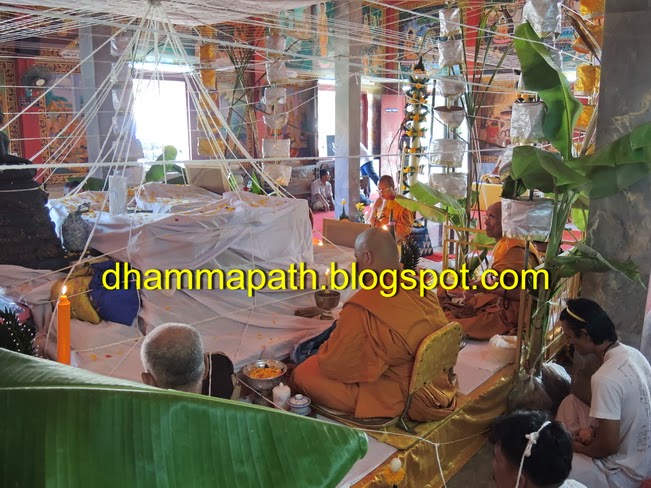 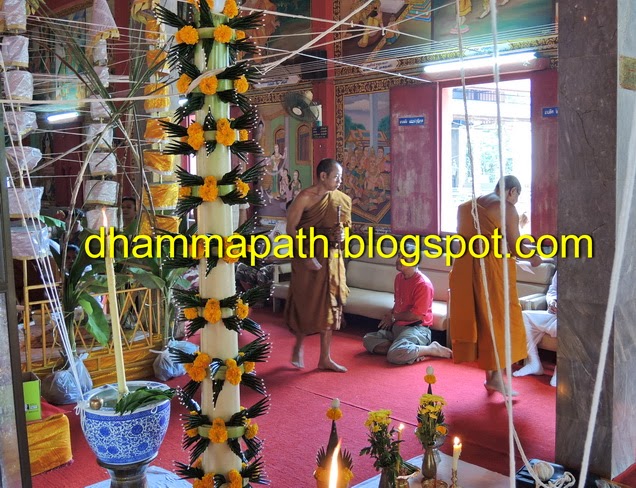 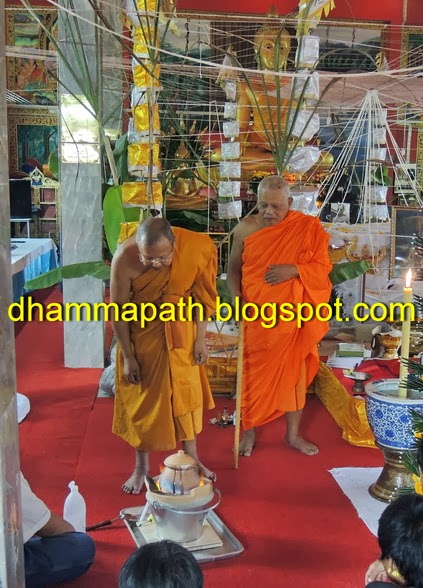 While waiting the third ceremony start, LP Ruang gave the dhamma talk and some ritual took place when devotees requested. 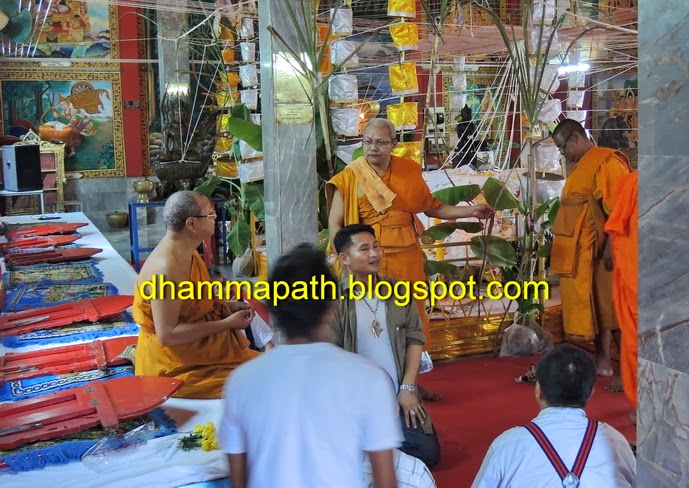 Ajahn Prasoot was arrived to joined the third ceremony. 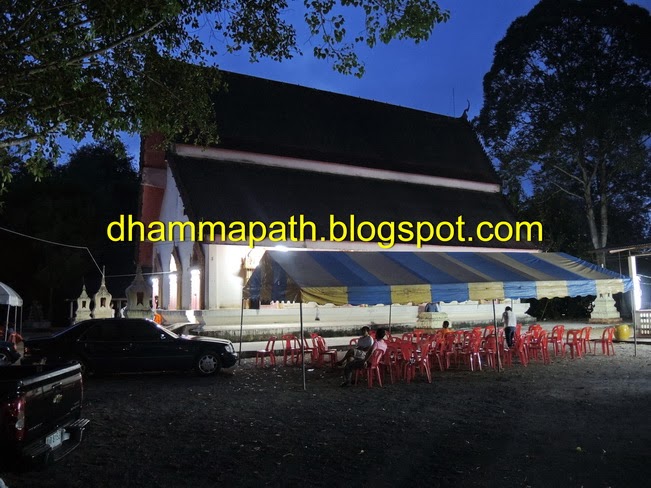 The night came and we are waited so long for it. 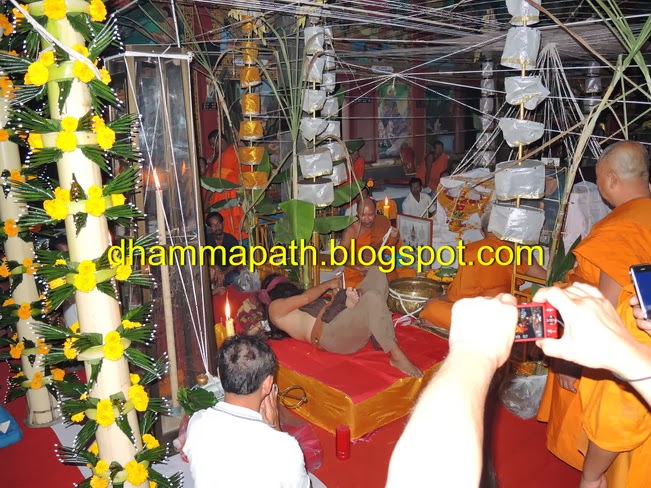 The third ceremony started and Ajahn Morn led the ceremony. He look half-conscious by trance maybe associated with "Ji Gong".
Ji Gong was a Buddhist monk of the Southern Song Dynasty in China. He was famous for his wild and eccentric behavior while openly breaking monastic codes (such as openly drinking wine and consuming meat), but was still compassionate by nature and possessed supernatural powers. 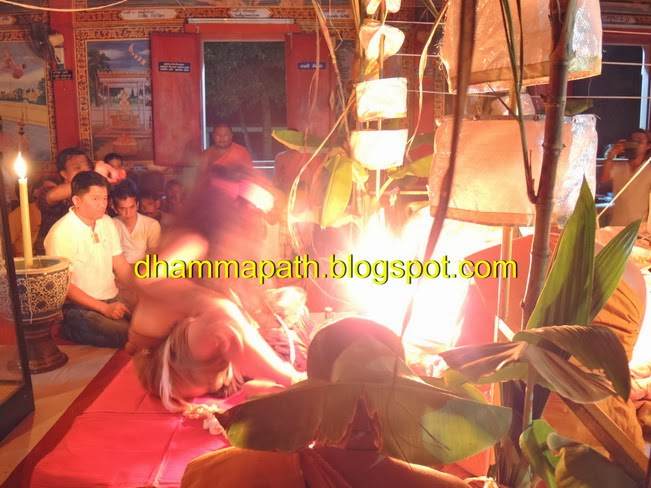 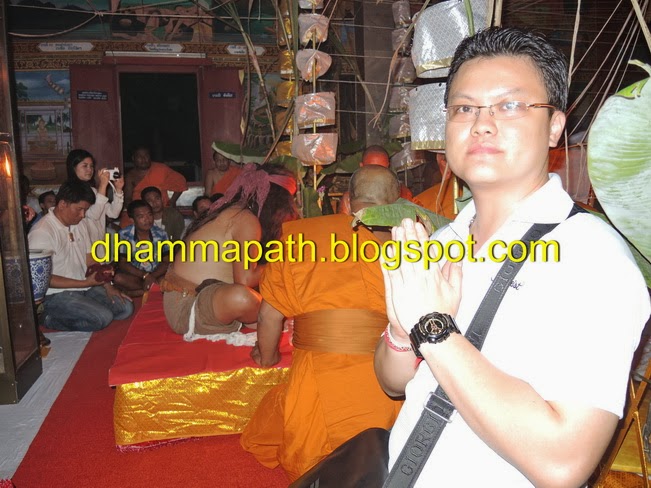 The photo taken during the ceremony. 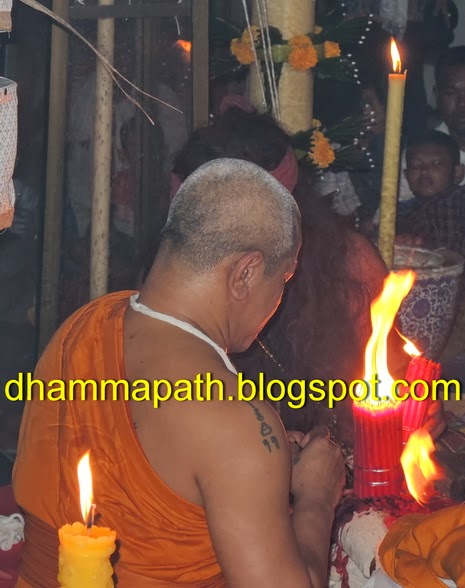 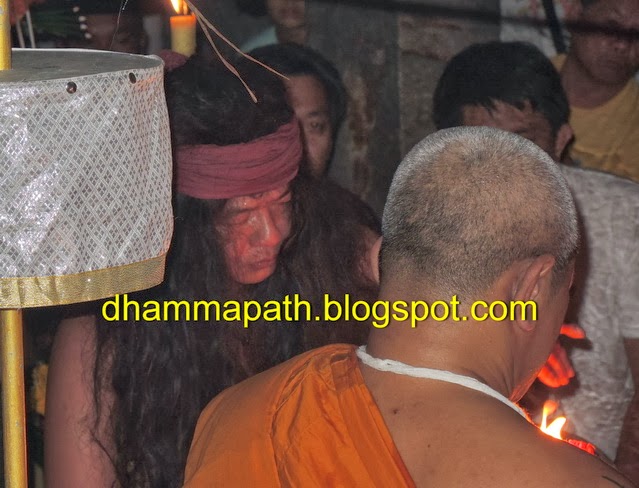 The close view of Ajahn Morn. 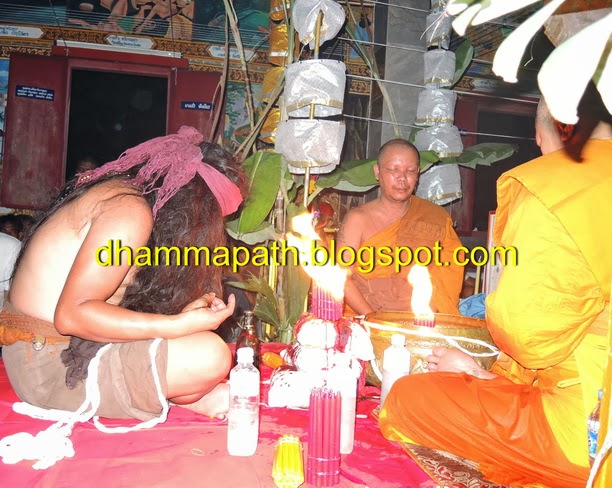 The Deep Consecrated session during the ceremony. 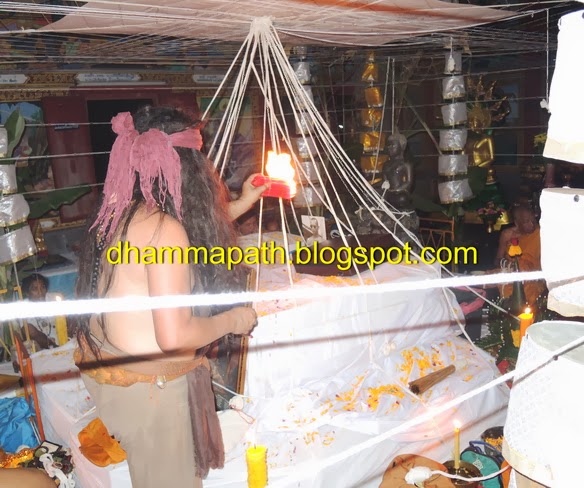 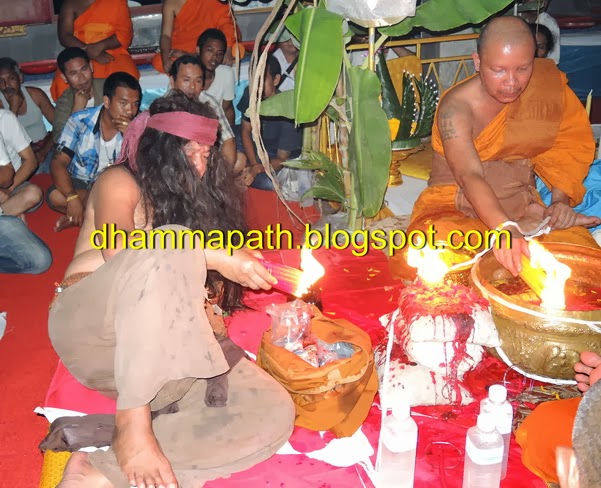 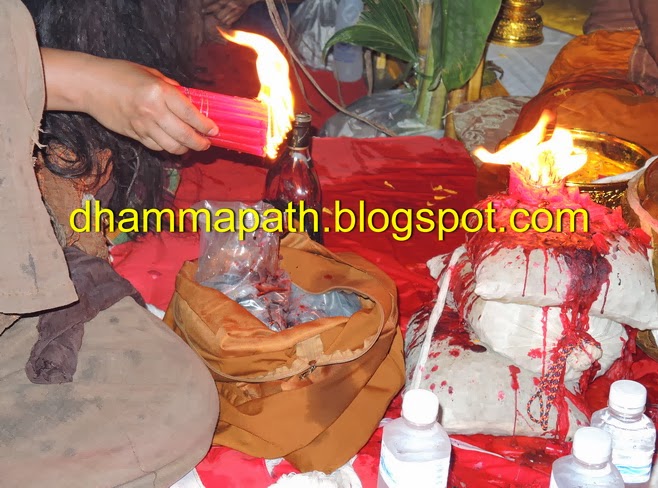 The Holy drop of Candle Wax. 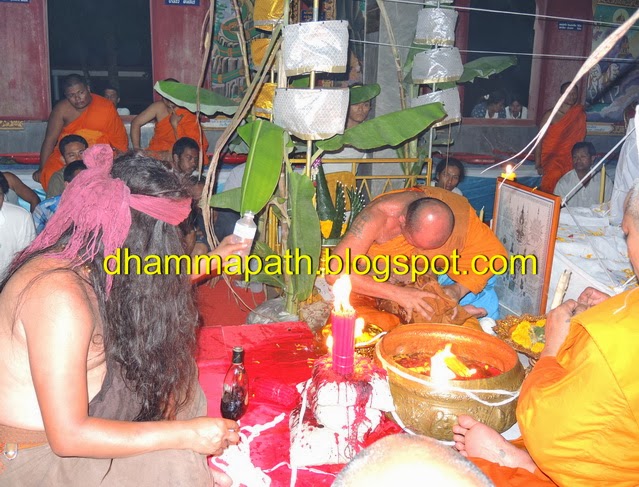 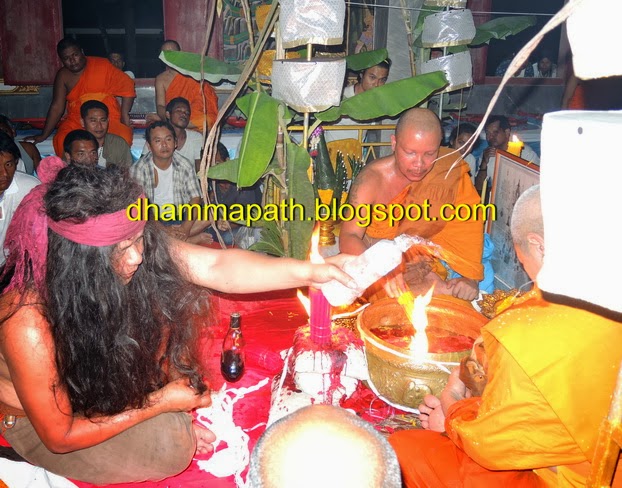 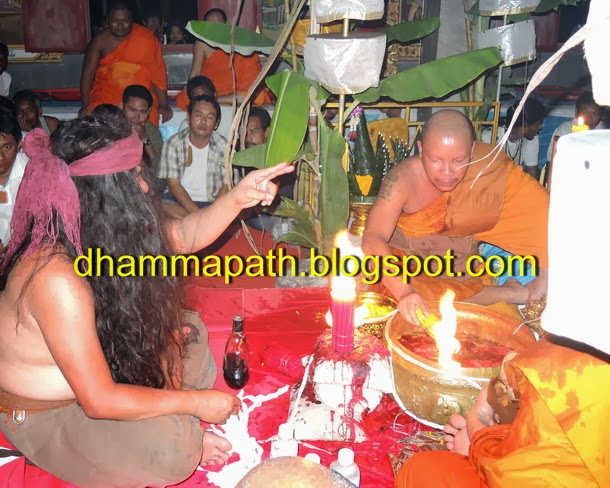