Kruba BoonChum's temple is well known for his huge and vast surrounding. Here we could see the temple Wat ThongNen, the Forest Monastery and Kruba BoonChum, the Truly Forest Meditation Monk. 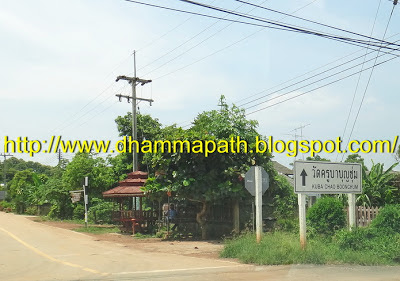 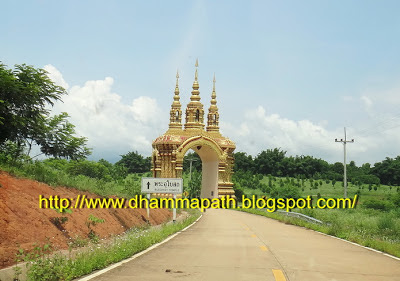 The signboard of 'Kruba Chao BoonChum' stand at the village entrace and the Wat ThongNen temple gate. 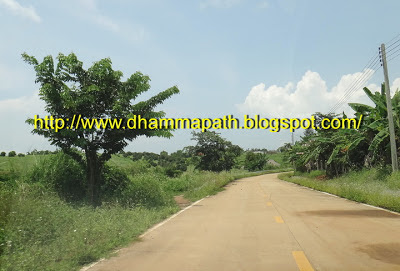 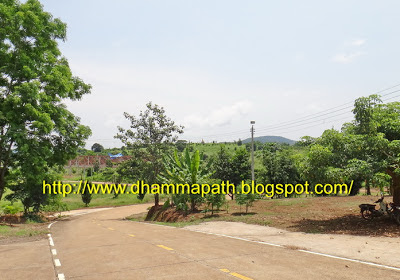 The long road ahead before you reach inside the temple building. 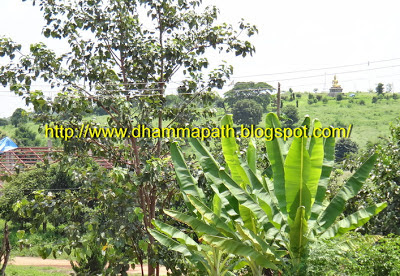 The vast compound of Wat ThongNen, we could see the Golden Big Phra Buddha statue is far far away on the hill. 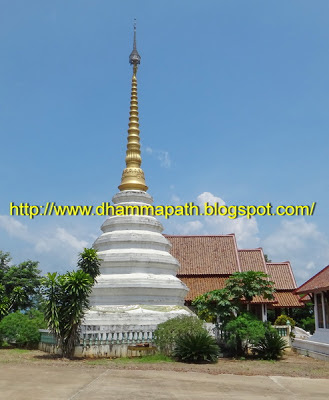 The Chedi of Wat ThongNen. 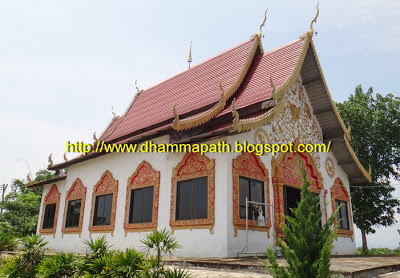 The Vihara of Wat ThongNen. 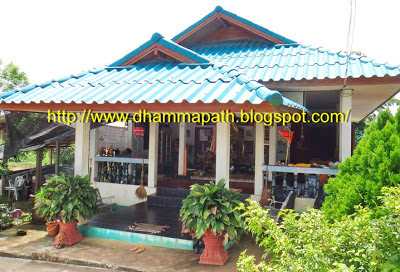 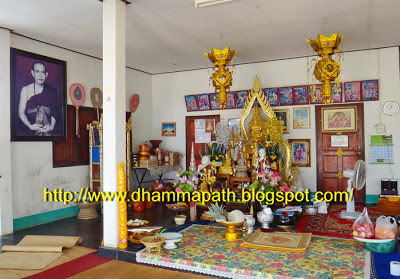 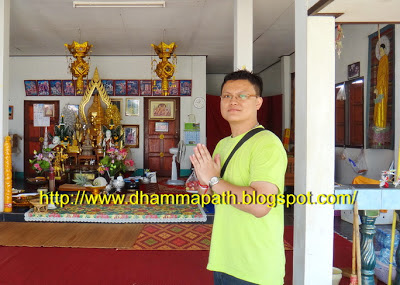 Photos taken with the place where Kruba BoonChum meeting with devotees. Kruba BoonChum is not around because he went to 'Tudong' and practicing meditation in deep jungle of the cave. 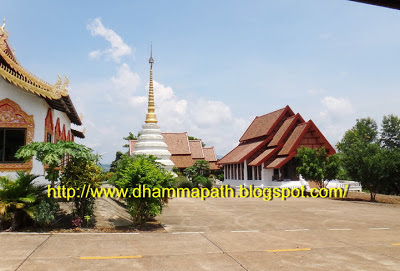 The Vihara, Chedi and Hall building in Wat ThongNen. 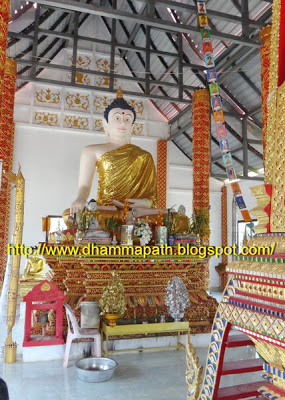 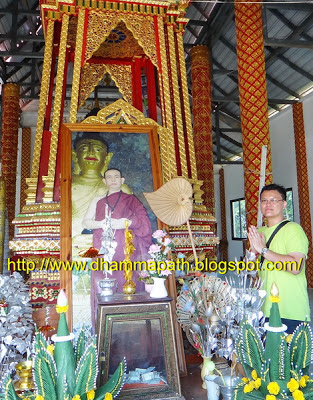 In year 1984 (BE 2529) with the sponsorship from Mong Phong Village, Tachilek. Kruba BoonChum received higher ordination, upasampada, at the seven hundred years old Wat SuanDok (Flowers Garden) Monastery in Chiang Mai. To symbolize the teaching of the Buddha on the 38 kinds of blessings, 38 monks were invited to participate in the ordination ceremony. Since his higher ordination and out of respect for his meditation practices, he came to be known as Kruba BoonChum. Kruba is means teacher and is synonymous with Phra Ajahn in Thai and Sayadaw in Burmese. His ordained name in Pali is Nyanasamvaro, “who guards his mind with wisdom”. In Burmese, he is known as Mong Phong Sayadaw. 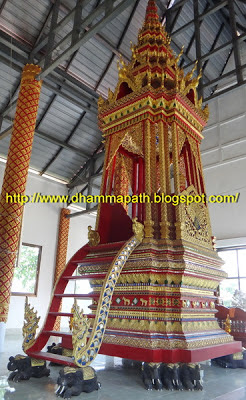