One of the Largest Reclining Buddha by Wat Phothivihan. The temple houses a 40 metre statue of a sleeping Buddha, which is considered as the largest and longest in the state since its construction in 1975. Past abbot Phor Than Hua was supervised the project built this Recining Buddha. 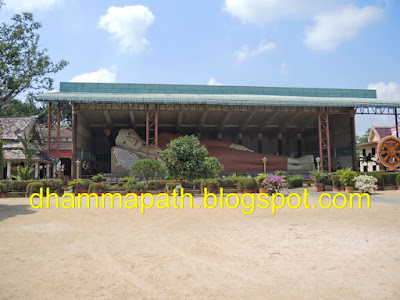 Vast area and have plenty of car parking just in front of the Big Reclining Buddha statue. 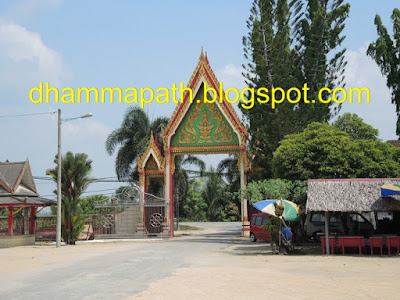 The temple gate of Wat Phothivihan and beside is the siam restaurant stall. 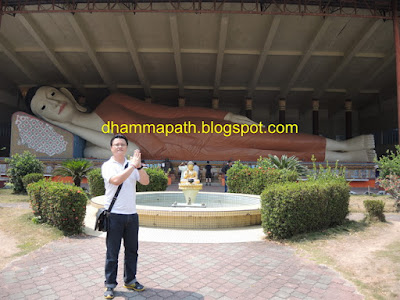 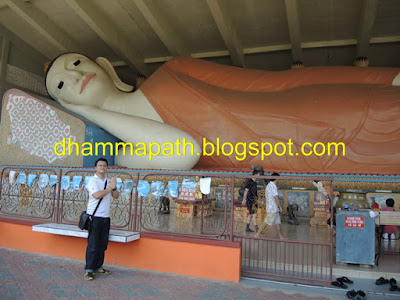 Photo taken with Longest Reclining Buddha statue in Malaysia with 40 meter long and completed in year 1979. 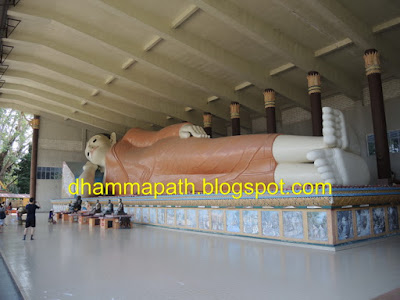 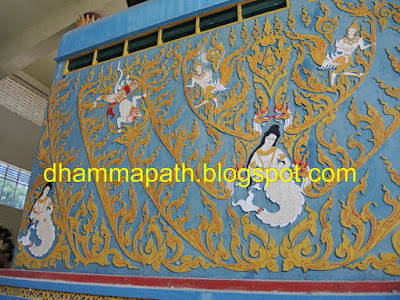 The mural of Phra Hanuman and his lover, Suvannamaccha. She is a daughter of Tosakanth appearing in the Thai and other Southeast Asian versions of Ramayana. She is a mermaid princess who tries to spoil Hanuman's plans to build a bridge to Lanka but falls in love with him instead. 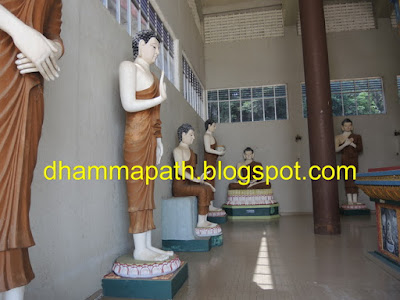 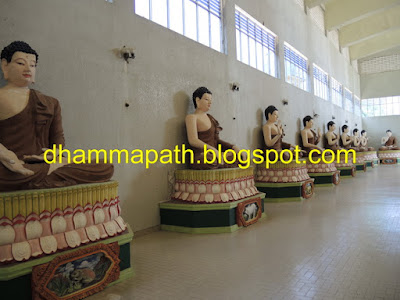 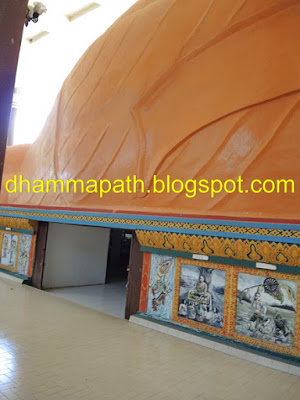 Here the entrance for the columbarium (a vault with recesses to deposit urns containing the ashes of the departed). 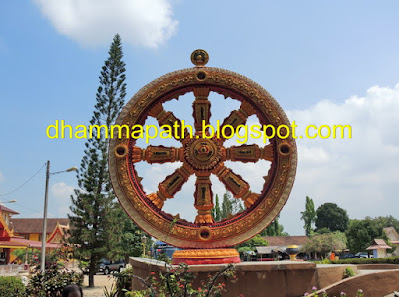 The big of Dhammacakra located in front of the Reclining Buddha statue. 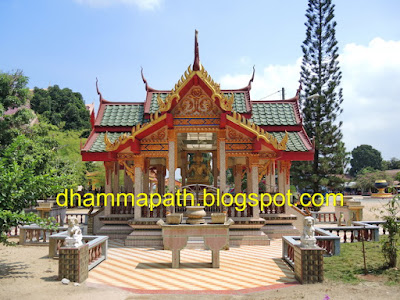 The big Shrine of Phra Phrom at Wat Phothivihan. 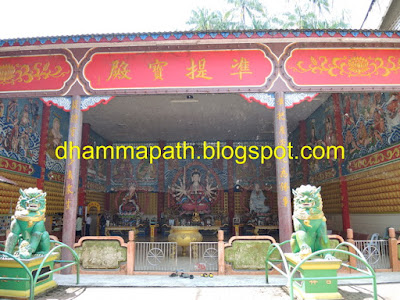 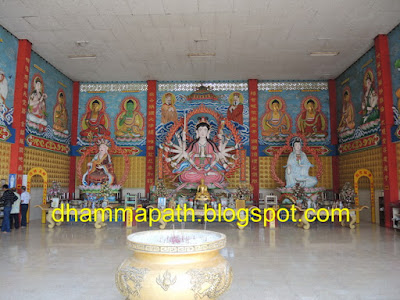 The Chinese shrine of Thousand Hand Boddhisattvas Guan Yin and Lion at front shrine as guardian. Have many mural image inside the shrine. 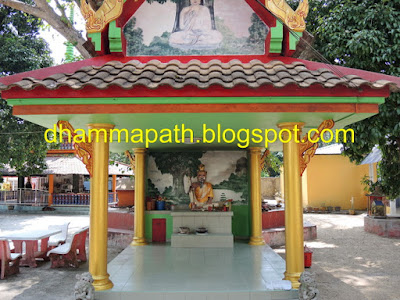 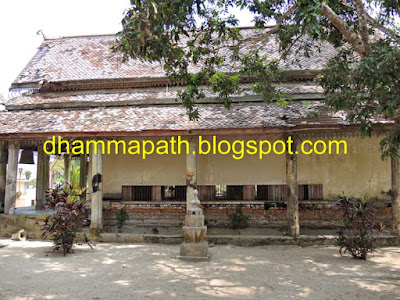 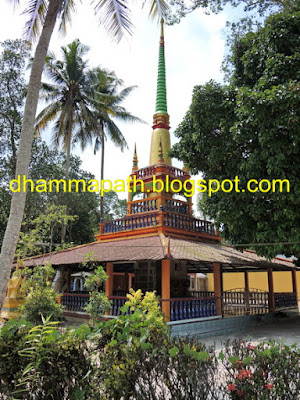 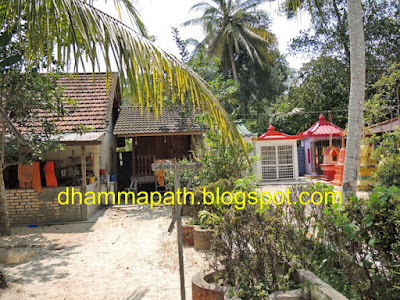 The unique Chedi and Kuti room for monks resided. 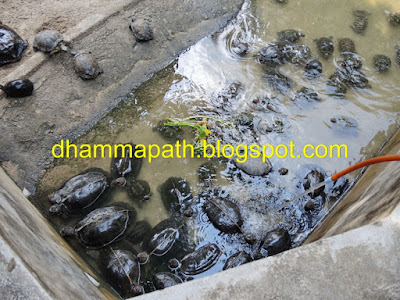 The small pond for tortoises. 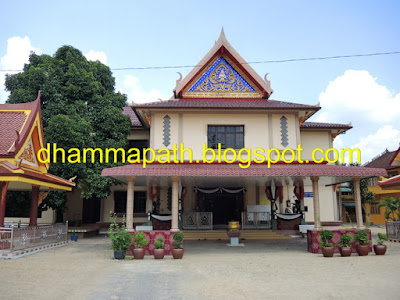 The prayer hall of Wat Phothivihan. 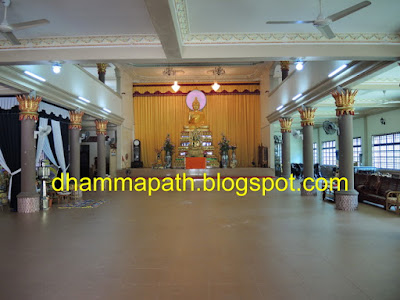 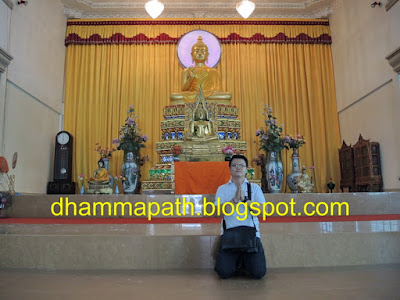 Inside the hall, the main altar. 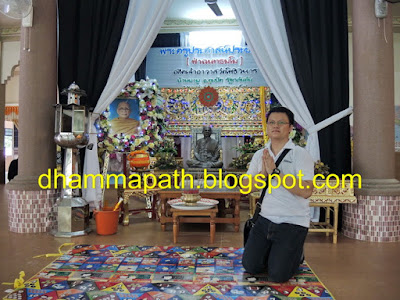 During my visited, was death anniversary of Phor Than Hua. He was passed away at april 2013. 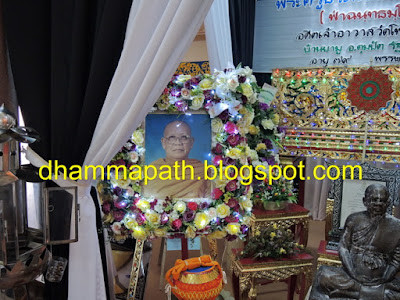 The photo of Phor Than Hua, past abbot of Wat Phothivihan, Kampong Jambu, Tumpat, Kelantan. He has been 45 years as Chief Monk of Wat Phothivihan, born on June 09,1933. He was accepted by Phra Kru Ariyasangworn or Phor Than Lek as a temple boy at Wat Ariyakiri. At the age of 20, the minimum age for monkhood, he ordained as monk at the Tendong Temple ~ Wat Chinpradittharam, near the town of Pasir Mas, under in charge of Phor Than Long. At this temple he learnt the theory and practical of meditation under the personal guidance of Phor Than Long himself. Soon after, the Head of the Thai Sangha or the Buddhist Order in Bangkok despatched a letter to the Head of the Thai Sangha in Kelantan who is residing in Wat Uttamaram in Repek near Pasir Mas appointing Than Hua as the Abbot of Wat Phothivihan. As a first step he initiated immediate repairs to existing buildings, built a small rest house, had a well dug to ensure adequate water supply and planted a 'Tanjong' tree in front of the temple. He also built the statue of the Reclining Buddha. In 1984, Phor Than Hua received the rank of Phra Khru awarded by His Majesty, the King of Thailand for his services rendered to Buddhism. 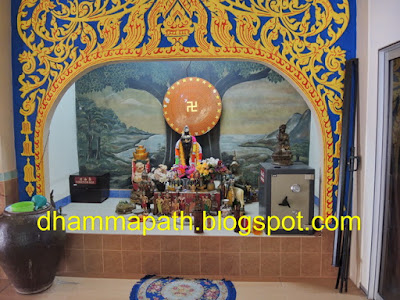 Another altar for Buddha and mural of Bodhi tree at back. 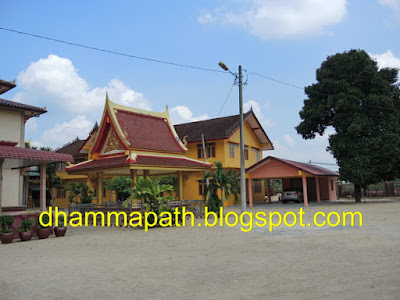 The building accommodation for monks and visitors of Wat Phothivihan.
.
See more Thai amulets for rent at:
http://www.thaiamulets-dhammapath.blogspot.com/
Posted by Kenneth Phoon at 12:09 AM